Though UFC, the leading MMA organisation, often gets confused with the actual sport and practice of MMA, there are in fact multiple organisations worldwide. If MMA were basketball, in many ways, the UFC would be the NBA. But importantly, professional fighters do have choices about where they’d like to fight out their careers and one of the best options is Bellator.

Just like it usually does when competition is present, rivalry has brewed here and there between UFC and Bellator, but the sustenance and growth of both individually is crucial. Here, we’ll be looking at both organisations independently of each other but also looking at how they stack up and what that means for the sport.

A Brief History Of UFC 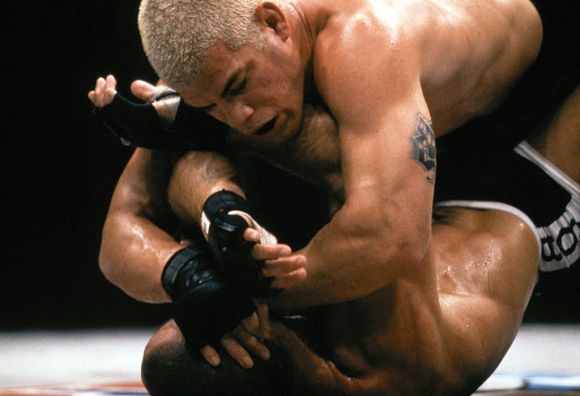 When UFC first began holding events in 1993, it was mostly a platform to discover how one fighting style would work against another, which the Gracie family, MMA royalty, shined in. UFC 1 was a tournament which in the finals, saw Gerard Gordeau fighting Royce Grace, which Grace of course won. To this day, fans put Royce on MMA’s Mount Rushmore.

When the UFC started to become the company that we know it as today was the early 2000s after brothers Frank and Lorenzo Fertitta and their business partner Dana White purchased it for $2 million. They created Zuffa, UFC’s parent entity. The sport was still looked at human cockfighting, so Lorenzo Fertitta’s attorneys called him crazy for the purchase, but it would later prove to be genius. In 2016, the company was sold to WME-IMG for more than $4 billion, an unimaginable 199,990% increase on what it was bought for just sixteen years earlier. If they weren’t already filthy rich, you’d say they hit the jackpot.

How the company’s worth increase was Dana and the Fertittas’ insistence on getting it to be perceived just like any other sport by getting it legalized everywhere possible, getting sanctioning bodies onboard, and other changes like to the rules and even production aesthetics. I’m not sure where the sport would be without UFC.

A Brief History Of Bellator 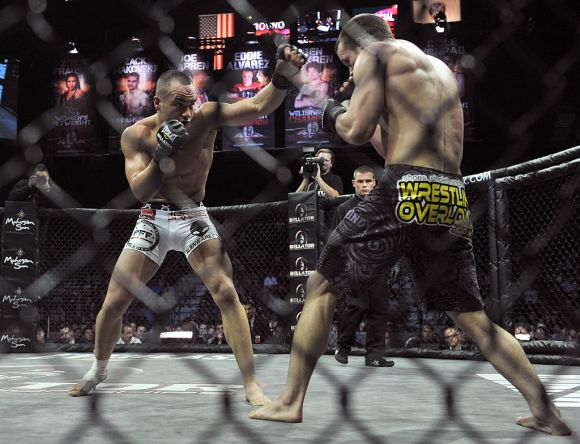 Bellator MMA was founded much later than UFC, a full decade and a half later, in fact. Their first event, Bellator 1, took place in 2009 and featured fighters who are still popular today, like Jorge Masvidal and Eddie Alvarez. Just like UFC’s initial offering, it was a tournament that would play out over the following few events.

Bellator is manned by Scott Coker who was already respected in the sport for founding Strikeforce, an organization that has seen the likes of Daniel Cormier and Ronda Rousey rising through the ranks and is greatly revered by MMA fans worldwide. Coker replaced Bjorn Rebney as Bellator’s President in 2014 and his aim was to take it away from the tournament-styled organization it had grown to become. This was shortly after the company held its first PPV and was clearly a shift towards a new direction.

Since then, Bellator has only gained fans and has continued to become a viable option outside of UFC for fans and fighters alike. 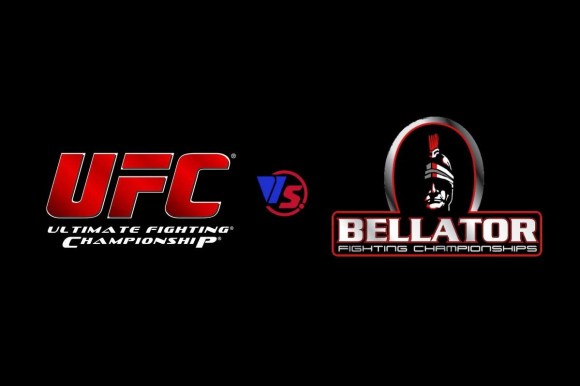 Though other organizations have their benefits, due to its sheer popularity, UFC has always been the main choice for fighters. The belief is that both the best and most popular fighters are there, so it’s incredibly hard to be considered one of the greats while fighting somewhere else. Even though Bellator boasts its own stars and elite fighters, many of them (Gegard Mousasi, Cris Cyborg, Ryan Bader) are former UFC fighters, which only speaks to the organization’s power. Even when Bellator has its own fighter who becomes a champion, like Douglas Lima, a conversation about them being the best in the world doesn’t happen without seeing how they’d match up with UFC’s champion in the same weight class, think Kamaru Usman. This has always been Bellator’s main downfall from fans.

To put things in perspective, if you look at a list of the most bought MMA PPVs ever, UFC holds the first 180+ spots on its own, before any other organization makes an appearance. Bellator’s highest-selling PPV was Bellator 120 in 2014 when King Mo fought Rampage, which did 100k buys. UFC’s highest-selling event is Khabib vs. Conor, which did 2.4 million.

In terms of functioning differences, there are a few. For one, Bellator uses a circular cage as opposed to the UFC’s famous octagon, which is arguably a better format for fighting. Fighter’s walkouts are emphasized more in Bellator too, with competitors getting their own entrance videos as they walk down a ramp on their own, making the occasion feel more momentous. Coker’s promotion also does not utilize any kind of ranking system, other than there being a champion in each weight class. At any given moment, UFC has a champion, fifteen ranked contenders, and fighters who want placement in the division’s list of top contenders. Bellator’s lack of this has its own benefits and drawbacks. On one hand, it feeds into their perception as a second-rank organization and arguably takes them out of high-level MMA conversations. But on the other hand, it helps them avoid the problems UFC faces like fans appealing after Conor McGregor skips a bunch of contenders to get a title fight due to his stardom.

Why Competition Is Important

Even though Bellator is a distant second to UFC in more ways than one, competition is vital and a monopoly benefits no-one but UFC’s suits. When UFC fighters enter negotiations, rare as they may be, to have Bellator ready to match offers is important for fighters’ pay. When UFC makes decisions like taking away fighters’ in-cage sponsorships in favour of Reebok uniforms which see them making just a few thousand dollars a night as opposed to six or seven figures, having Bellator around is a necessity.

As much as Dana might not want to admit it, having Bellator around does a satisfactory job of keeping UFC on its toes and as much as both promotions grow in the coming years, more and more young fighter will pick Bellator (or PFL or ONE) as their homes, which should eventually lead to more of an even spread of the elite of the elite in MMA across multiple organisations across multiple continents. As much as UFC feels like the NBA, Bellator is not comfortable being some sort of G League. As painful as it may be to have two of the best fighters in the world in different organisations, it’s worth it if it’s better for the longevity of MMA.

A Complete List of the Current Bellator Champions
Who Are The Current UFC Champions?
AEW vs. WWE: How the 2 Wrestling Giants Stack Up