When you think of proper football in the modern era itâ€™s all about the stars and in most cases itâ€™s the goalscorers that helped shape our generation.

Barcelona and Real Madrid have had some of the biggest and brightest stars in the game throughout their history, while the Premier League has seen a number of talents grace its pitches over the previous two decades.

While star strikers like Zlatan Ibrahimovic and Sergio Aguero have become household names throughout their careers up front, the attacking units like Lionel Messi, Neymar and Luis Suarez have gained far more fame for their dynamic combinations and ability to accomplish incredible feats.

Today, ONE37pm takes a look at the best attacking trios in football since 2000. 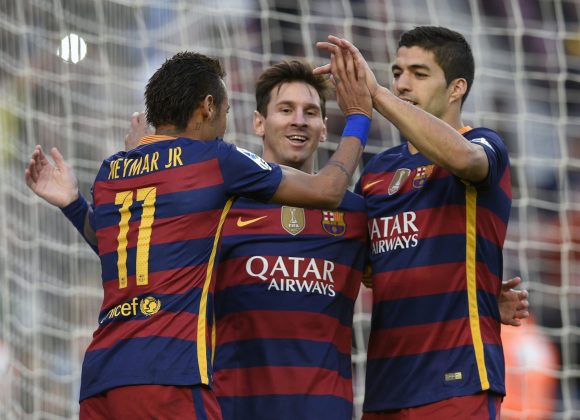 Modern football fans usually start and end the conversation with MSN, and although this group was unbelievably talented we wonâ€™t end the discussion after bringing them up.

Messi has had the luxury of playing with some incredible stars over the years, but the chemistry he possessed with Neymar and Luis Suarez was simply unmatched. During their second season together in 2015/16, MSN amassed 131 goals in all competitions en route to winning the La Liga and Copa del Rey titles.

MSN also secured a Champions League crown the season prior after a comprehensive 3-1 win over Juventus in the final. 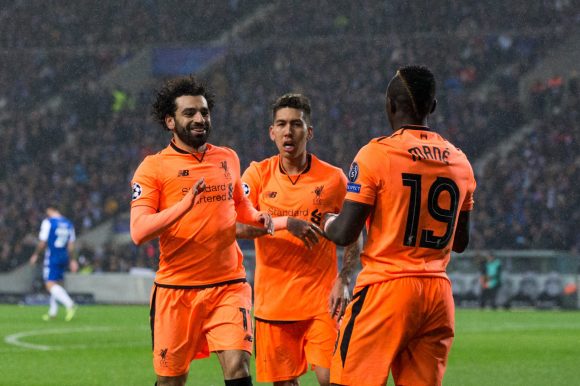 Liverpoolâ€™s success of late can be directly attributed to its front three, which has emerged as one of the best in the Premier League era. Mohamed Salah initially garnered plenty of the attention due to his success at multiple major clubs, but Sadio Maneâ€™s rise in England has been incredible to watch.

The former Southampton goalscorer is one of the quickest players on the ball and despite his short stature his physicality makes him incredibly versatile and difficult to slow down. As long as Jurgen Klopp is able to keep this group together, thereâ€™s a strong chance Liverpool will be in the Premier League title race for years to come. 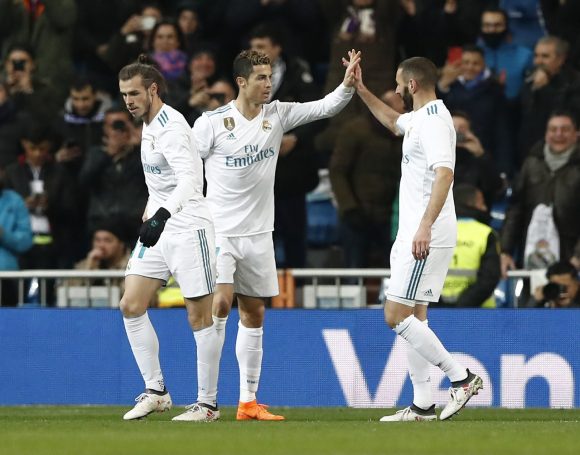 Although Ronaldo and Co. didnâ€™t have the goal scoring output of MSN, they made up for it with trophies at the highest level. The crew won back-to-back UCL titles and Madrid as a whole won four with Ronaldo at the helm.

Bale and Ronaldo were the perfect mix of skill and pace on the wings, while Benzema situated himself as a true false 9 up front who could be used in a variety of situations. Ironically though, Ronaldo had his best goal scoring campaign with 61 in 2014/15 when rivals Barcelona were crowned UCL champions. 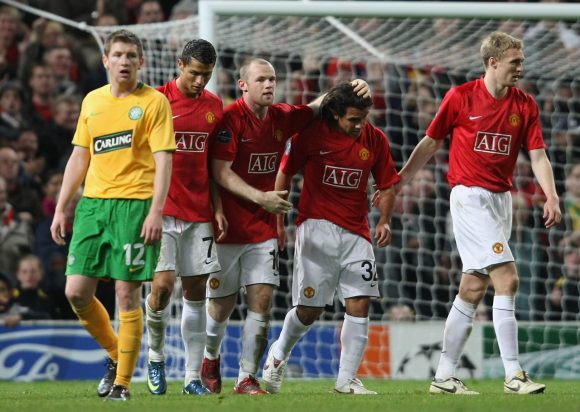 The utter dominance this group showed during the 2007/08 season was one of the finest displays in the modern era. Not only did Rooney, Ronaldo and Tevez go on to win one of the most thrilling UCL finals in the past 20 years by defeating rivals Chelsea, but the tear they went on domestically was equally exciting.

Ronaldo accounted for one of the best single seasons ever in the Premier League when he totaled 31 goals in Englandâ€™s top flight. Only Mohamed Salah has ever finished a domestic campaign with more goals.

Meanwhile, Rooney, Ronaldo and Tevez had to be the shouldering force for the United attack that season as nobody else for the Red Devils came close to their goal scoring output. For context, Anderson finished the season with five goals in all competitions and was fourth on United. 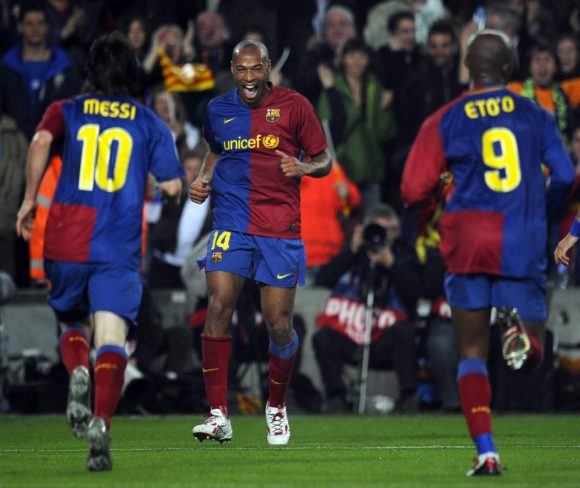 It doesn’t get much better than winning the treble in Spain, especially given the nature of how dominant Barcelona was in 2008/09 during the club’s first season without Ronaldinho.

Lionel Messi and Samuel Eto’o went on an absolute goal scoring tear with Thierry Henry not far behind. The trio managed a cool 100 goals to finish the season and an absurd amount of silverware to go along with the individual accolades.

Messi earned Ballon d’Or honors in 2009, the first of six he would receive throughout his career. 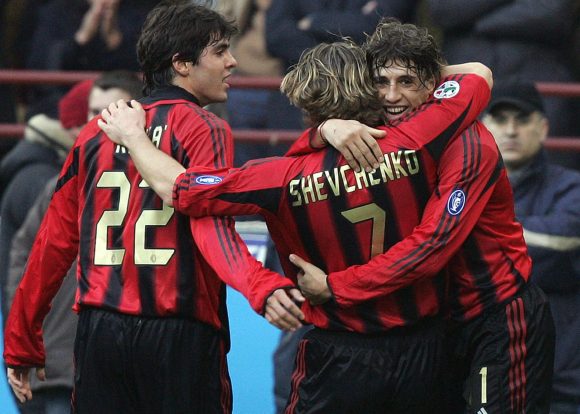 The 2004/05 season didn’t end with a lot of silverware for AC Milan, but their front three was undoubtedly one of the best in the modern game because of the sheer star power they had.

Despite losing Rivaldo when he exited the club ahead of the campaign, Milan managed to bring in Hernan Crespo from Chelsea to replace the Brazilian goal scorer.

Andriy Shevchenko managed to win Ballon d’Or honors the season prior, but the attacking trio was incredibly an incredible sight to watch en route to one of the best Champions League finals ever, which saw Liverpool win on penalty kicks. 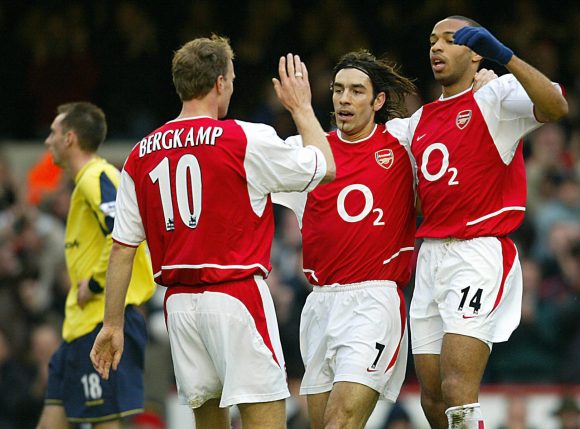 One word; Invincibles. This was quite simply the greatest Premier League showing of all-time and one that will likely take many years to accomplish once again.

Henry was an incredible talent at a number of clubs, but his time at Arsenal was the epitome of greatness in Englandâ€™s top flight. His 39 goals in all competitions, including 30 in the Premier League, put the Gunners in position to do the improbable and finish the season unbeaten in league play for the first time ever. 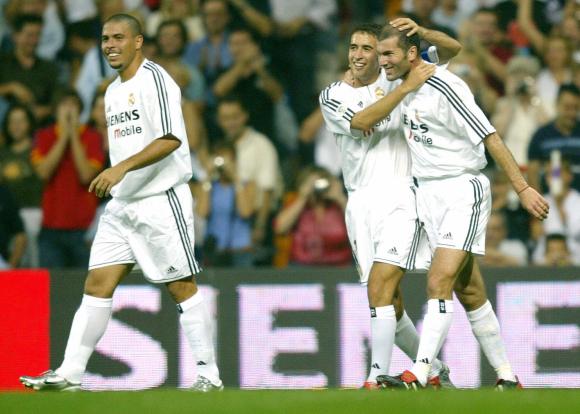 The GalÃ¡cticos were one of the most entertaining teams in the modern era, but it wasnâ€™t solely because of their front three.

Ronaldo, Raul and Zidane were among the greats of the game, but the sheer number of stars Real Madrid possessed was incredible. David Beckham and Robinho arrived later on, while a young Sergio Ramos was added to the squad ahead of the 2005/06 campaign.

When looking back on this group in years to come, the star power they possessed will be something we all look back on and admire greatly.