The NBA is known for being a grind. Even with an emphasis on player rest in the modern association, back-to-back games and four games in five nights exist. The league is known for having schedule losses, which are games that are predicted as losses due to factors that include sleep patterns, travel fatigue, and opponent strength.

With factors like that playing such a prevalent part in losses, it’s a shock to think about the teams that have managed to find the consistency and energy to win and put together sizable winning streaks. These streaks span various times from the 1950s to this current NBA season and feature some of the best teams in NBA history. Some of these streaks are also in-season, while others occurred throughout two seasons. Here are the 16 best winning streaks of all time. 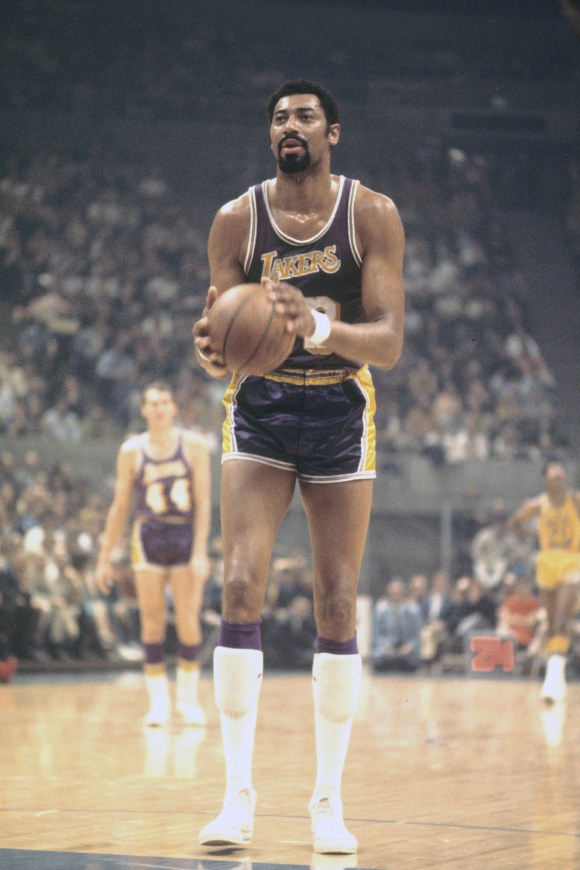 When the Lakers hired coach Bill Sharman, the franchise’s fortunes seemed to turn around. Led by a 35-year old Wilt Chamberlain and 33-year old Jerry West, the Lakers were perfect for 70 days. This all happened despite third star Elgin Baylor missing all but eight games during the entire season.

Los Angeles went on to a then-record 69 wins and captured the 1972 NBA championship after knocking out the New York Knicks 4-1 in the finals. The streak is nearly untouchable. No team has come closer than five games to breaking the in-season record set by the Lakers. 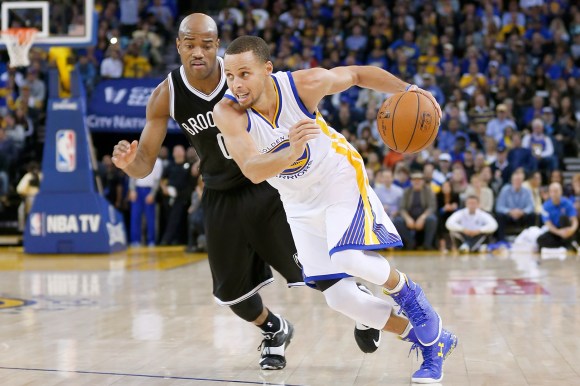 The modern NBA dynasty, the Golden State Warriors, found magic with the play of the Splash Brothers Stephen Curry and Klay Thompson. With crucial role players in Draymond Green and Andre Iguodala, the Warriors were a nightmare matchup for all opponents. The Warriors won their final four regular-season games of the 2014-15 season, earning the best record in the NBA (67-15) and won an NBA Championship after defeating the Cleveland Cavaliers 4-2 in the 2015 NBA Finals.

After their championship run, the Warriors won their first 24 games of the 2015-16 season, pushing their regular-season winning streak through two seasons to a total of 28 games. The Warriors went on to record a league record 73 wins in the regular season. Though that record was notable, the Warriors are remembered for failing to repeat as champions after blowing a 3-1 series lead in the NBA Finals to LeBron James and the Cleveland Cavaliers in the 2016 Finals.

It feels like ages ago, but the Miami Heat were NBA rockstars for a moment in time. Given the nickname “The Heatles,” the trio of LeBron James, Dwyane Wade, and Chris Bosh managed to get Miami to two championships and four consecutive NBA Finals appearances. The most dominant stretch in that four year time period was in 2013 when the Heat were victorious on 27 consecutive occasions.

Miami went on to the top record in the NBA at 66-16. Though they faced some tough battles from the Indiana Pacers and San Antonio Spurs, Ray Allen hit the shot and James was phenomenal as the Heat won their second consecutive championship. 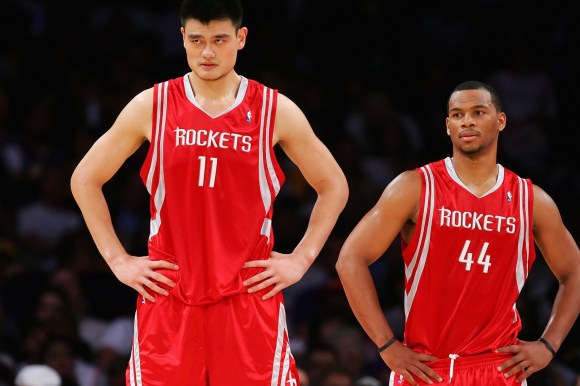 The Houston Rockets were going through their struggles early in the 2007-08 season. At a subpar 24-20, the team eventually found its groove. Led by Tracy McGrady and Yao Ming, the Rockets won an astounding 22 consecutive games. The streak lasted a month and a half and ended at the hands of the eventual champion Boston Celtics. During the streak, Yao was lost for the rest of the season due to a foot injury. Houston finished 55-27, but their season ended with a first round series loss to the Utah Jazz in six games. 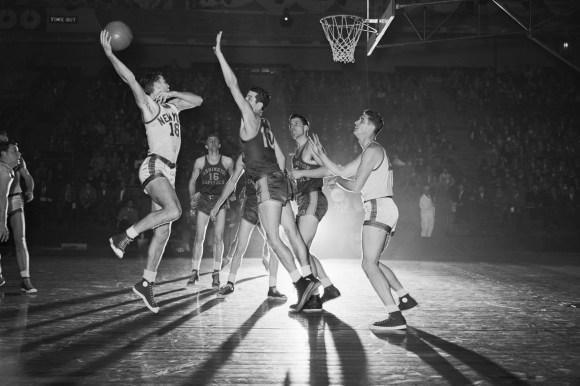 That set the record for the best start in league history until the Houston Rockets matched it in 1993 and the Golden State Warriors eclipsed the mark in 2015. The Capitols finished 38-22 that season and got all the way to the BAA Finals before falling to George Mikan and the Minneapolis Lakers. 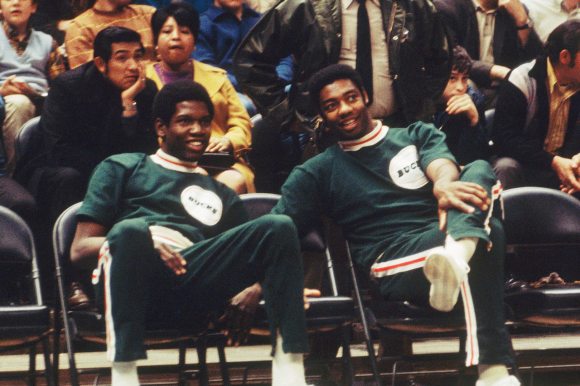 The Milwaukee Bucks had one of the better superstar tandems of all-time. Pairing point guard Oscar Robertson with center Kareem Abdul-Jabbar was a large success for the Bucks. Milwaukee began the 1970-71 season, winning 17 of their first 18 games. Later on, the team won 20 consecutive games from February 6 – March 8. Milwaukee was dominant the rest of the way finishing with a 66-16 mark and went 12-2 in the playoffs as they won the first and only championship in franchise history.

The first year of the Phil Jackson era in Los Angeles was a massive success. Before the feud that caused the partnership of Shaquille O’Neal and Kobe Bryant to dissolve, it’s forgotten how dominant this team was. The Lakers were already 34-11 when they ran off 19 consecutive wins. Overall, the team finished 67-15 and had a sterling run in the playoffs to win the first of three consecutive championships. 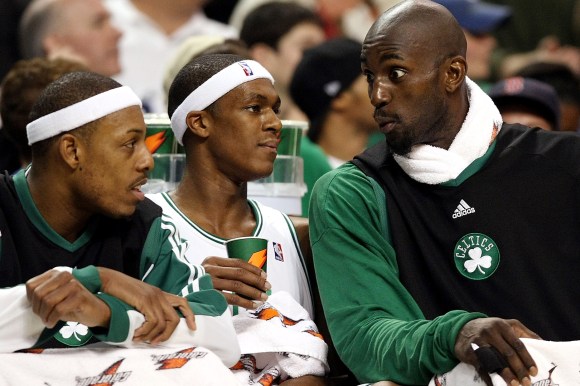 Coming off of a championship during the 2007-08 season, the Boston Celtics were ready to repeat, winning 27 of their first 29 games. This included a more than five weeks long stretch where they were undefeated. Boston continued to dominate even after the streak ended. The Celtics were 44-11 when reigning Defensive Player of the Year and superstar Kevin Garnett injured his knee.

Garnett would play only 66 minutes the rest of that season and miss the playoffs. Though Boston finished strong with the best record in the NBA, their championship hopes were dashed after losing to the Orlando Magic in the Conference Semifinals. 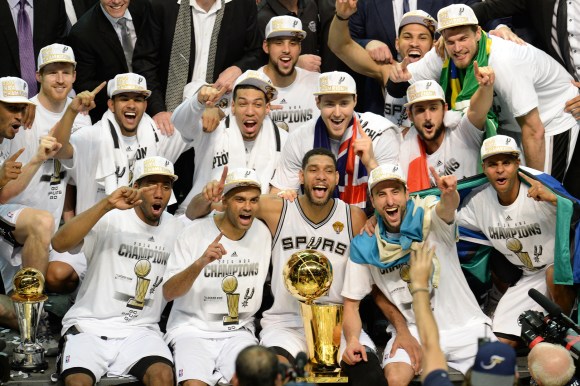 There weren’t many teams deeper than the 2013-14 San Antonio Spurs. Armed with Finals MVPs, Tim Duncan, Tony Parker and the young Kawhi Leonard, the Spurs were tough. The Spurs began that season 13-1. Their 19-game streak started in late February and ended in early April. The Spurs went on to win 62 games that season and dominated their way to a championship, vanquishing the Miami Heat in five games with an emphasis on ball movement.

One of the more unexpectedly successful seasons in NBA history belongs to the Atlanta Hawks. A team with just three combined All-Star appearances from their starting five before the 2014-15 season, the Hawks used a 19-game winning streak to propel the team to a franchise record 60 wins. Four of the five starters (Al Horford, Paul Millsap, Kyle Korver and Jeff Teague) made the 2015 All-Star team that season. 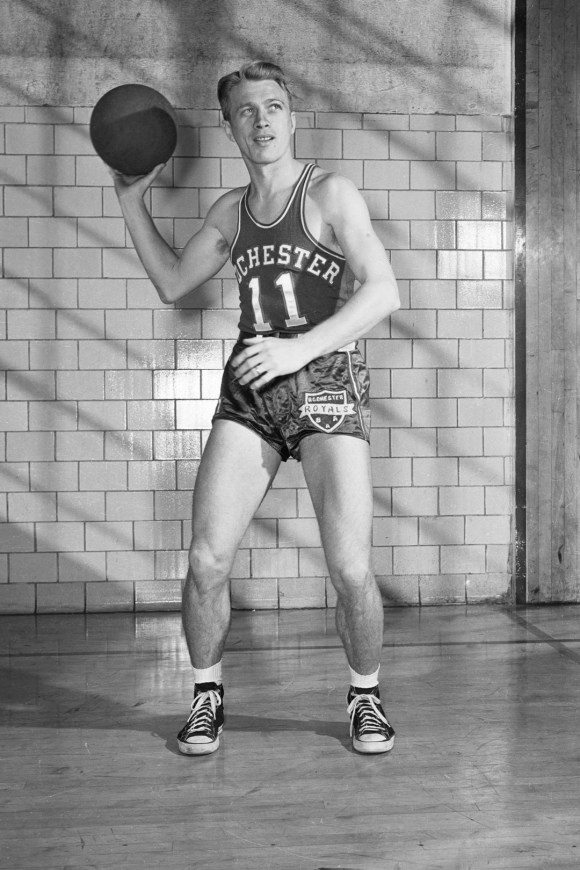 Occurring between two separate seasons, the Royals closed out the 1949-50 season with 15 wins. They lost all three of their postseason games. The Royals were unbeaten in their first three games of the 1950-51 campaign, stretching the regular season streak to 18 games. The Royals were 41-27 that season and went on to defeat the New York Knicks in the 1951 NBA Finals 4-3 on the strength of a great series from Arnie Risen (21.7 points and 14.3 rebounds). 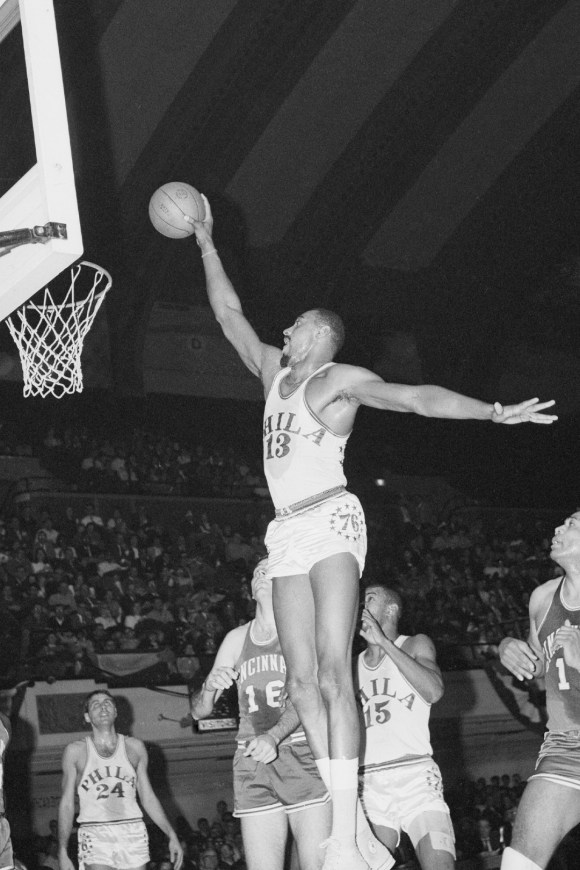 Powered by unstoppable force Wilt Chamberlain, the Philadelphia 76ers ended the 1965-66 season with an 11-game winning streak. Despite the good finish, the 76ers lost in the Eastern Division Finals to the Boston Celtics in five games.

The regular season streak would continue into the next season, where the 76ers won their first seven games. That season, Philadelphia had seven winning streaks of at least five games and finished with a remarkable 68-13 mark. The Sixers went on to the NBA Finals where they defeated the San Francisco Warriors in six games.

Led by Willis Reed and Walt “Clyde” Frazier, the New York Knicks won 18 games over a 35-day stretch. New York was dominant in those 18 games. Just three of the contests were decided by less than double figures. New York won 60 games that season and won the 1970 NBA championship, knocking off the Los Angeles Lakers in seven games. 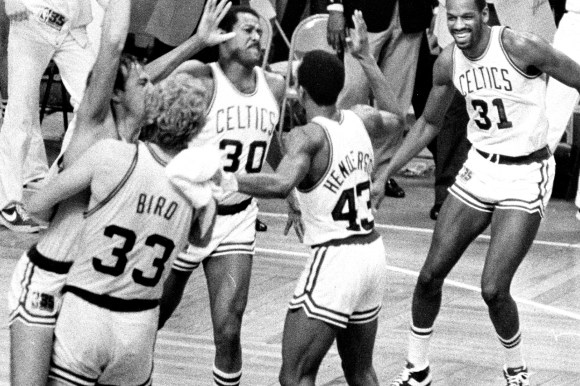 The defending 1981 NBA Champions, the Boston Celtics hit their stride in late-February as they put together an 18-game winning streak over a month long stretch. Even without superstar Larry Bird for five games in the streak, the Celtic dominated with a deep roster that also included Robert Parish, Kevin McHale and Dennis Johnson. The streak set a then-club record for consecutive games won. Boston finished with a 63-19 mark. The strong regular season wasn’t enough as the Celtics lost to the Philadelphia 76ers in a tightly contested seven-game Conference Finals battle.

After watching the Last Dance documentary, there’s not much else you can say about the dominance of Michael Jordan, Scottie Pippen and the Chicago Bulls during the 1990s. The standout season from a collection of six championships in eight seasons was the 1995-96 season, where the Bulls went 72-10 and took home the 1996 NBA Championship. In that season, the Bulls put together nine winning streaks of at least five games. The longest was an 18-game stretch that saw the club remain unbeaten from late December to early February. 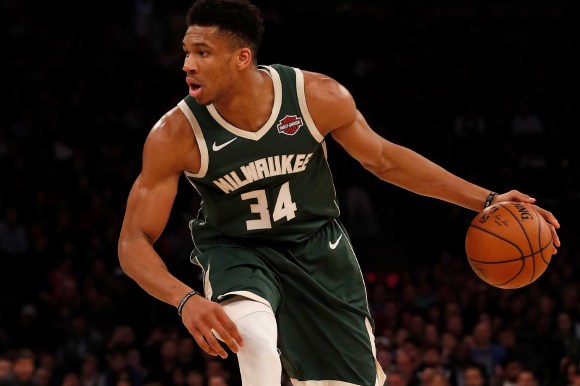 The Milwaukee Bucks were a major force to be reckoned with last season. Led by “The Greek Freak” Giannis Antetokounmpo, the Bucks won 60 games and got to the Eastern Conference Finals. Giannis and company continued to dominate putting together a winning streak of 18 games from November to December this season. Milwaukee had legitimate title aspirations, but the season was put on hold after COVID-19 outbreak. With the season resuming soon, the Bucks have a chance to continue where they left off and get Antetokounmpo his first ring.

The 20 Best NBA Centers of All-Time
The 15 Best NBA Point Guards
The 30 Best NBA Jerseys, According to Our Resident NBA Expert