The Premier League is back on Friday and this summer has already presented several major storylines for the upcoming campaign.

Major stars have moved in and out of the league, including Romelu Lukaku and Jack Grealish starring at Chelsea and Manchester City, respectively.

Meanwhile, Sergio Aguero and Giorginio Wijnaldum left City and Liverpool this summer in search of new journeys in their careers.

Most importantly though, the league will welcome fans back into their stadiums on a full-time basis after having to endure the pandemic for nearly a year with deafening silence. That will surely lift the spirits of the supporters and the players.

Today, we’re taking a look at 10 major storylines that could affect the outcome of the 2021/22 Premier League season.

How does Ole manage Greenwood and Sancho?

Jadon Sancho is a significant talent after becoming a star at Borussia Dortmund over the years, but Man United already had a star at his right wing position in Mason Greenwood.

Ole Gunnar Solskjær and the club still opted to bring in Sancho, and honestly why wouldn’t a team of United’s star power?

The Red Devils are back in a position where they are seen as legitimate title threats, however, the club has so many attacking options that Solskjær will need to manage minutes of his players in an intelligent way.

With Marcus Rashford, Donny van de Beek, Bruno Fernandes, Edinson Cavani and Anthony Martial also at his disposal, United’s manager will have to make the pecking order very clear at the club to avoid any disturbances.

Is Toney the star Brentford can rely on?

If Ivan Toney can contribute even half of what he did at Brentford a season ago the Bees are in very good shape to make a run at avoiding relegation this season.

Toney lit up the Championship last year after bagging 33 goals and adding another 10 assists for Brentford, however, the focus will be entirely on him as the Premier League restarts.

Brentford isn’t loaded with options up front the way Chelsea, Man United and Man City are and that makes things very difficult for manager Thomas Frank.

Survival won’t fall entirely on Toney’s shoulders, but it will certainly be a major factor in deciding whether the Bees can last until the 2022/23 campaign. 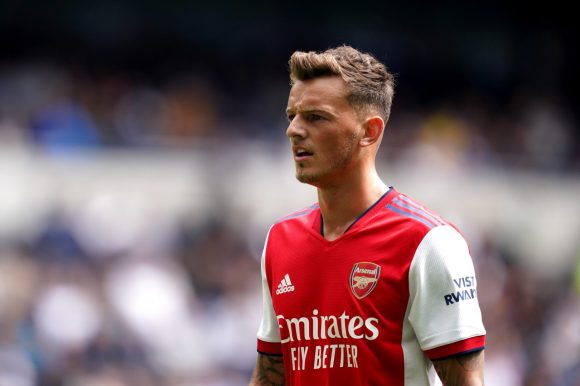 Arsenal had to ride out last season with David Luiz as one of the key fixtures at the heart of the club’s defense and it certainly did not work out for the best.

This summer, the Gunners made it a priority to spend big on a young center back and wound up with Brighton’s Ben White.

Some were surprised by the fee paid by the club, but Arsenal needed someone to step in and fill the significant void centrally and White had been quite the emerging talent at the back end for Brighton and on several loan spells during his young career.

Will Cantwell take the league by storm?

Anyone that watched Todd Cantwell play at Norwich last season could tell the creative midfielder has ‘it.’

His six goals and six assists last season don’t jump off the charts, but Cantwell’s ability to weave in and out of tight spaces on the ball and draw fouls is very much reminiscent of Grealish.

Several clubs are after Cantwell ahead of the new season, including Villa, and that could mean that Norwich loses one of its most crucial pieces before officially returning to the Premier League.

The club will ultimately have to decide if the money upfront is worth it because Cantwell’s trajectory is certainly pointing towards that of what Grealish was able to achieve at Villa Park. 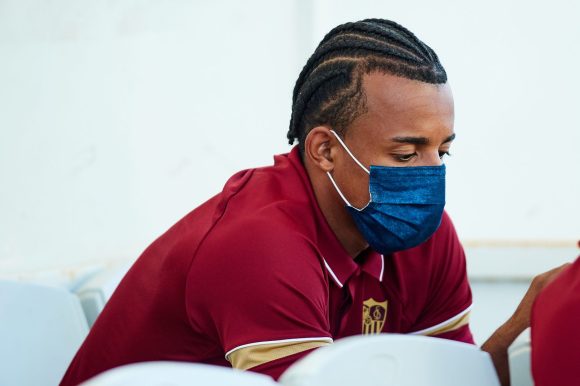 In many ways it’s easy to argue that Chelsea’s defense helped win them the Champions League last season, whether it was Eduoard Mendy in goal or Thiago Silva, Andreas Christensen and Antonio Rudiger defensively.

This summer though, the Blues have lost a number of promising defenders to other clubs simply because Chelsea has so many veteran options currently playing.

Ethan Ampadu and Trevor Chalobah are two young options that remain at Chelsea for the time being, but the chances of them being loaned are high.

That leaves the club in a position where they could go out and spend on another quality center back and the name that continues to be brought up is Sevilla’s Jules Kounde. He’ll absolutely cost a great deal, but if the Blues want to further solidify their back line Kounde makes them a serious Premier League contender.

Jack Grealish had to leave Aston Villa at some point if he was to take his career to another level, and that became evident this summer at the Euros when England fans clamored for the creative attacker each match off the bench.

The deal is finally done though and Grealish is off to Manchester, but what does that mean for Villa? Well, it certainly ensures the club massive financial compensation for a a player of his ilk, while also creating a significant hole at his position.

Villa have already done a great job of bringing in quality players to fill the void with Emi Buendia and Leon Bailey arriving at Villa Park, but it’ll take time to adjust to the club and the expectations that come with having a player like Grealish lighting up the Premier League each week.

Look for Villa’s ambitious owners to make another move or two before the end of the transfer window because teams are starting to realize that with Tottenham and West Ham weakened from last season the chance of finishing top six is more reachable than ever.

Which Liverpool are we getting?

The Reds battled through injuries all season in 2020/21 and still managed to finish top four in the Premier League.

With Virgil van Dijk and Joe Gomez now back and the transfer in for Ibrahim Konate, Jurgen Klopp has loads of resources at the heart of his defense.

The biggest concern for the Reds will be in the midfield after losing Giorginio Wijnaldum this summer on a free transfer to Paris Saint-Germain. Liverpool’s midfield depth is a concern and given the teams above them in the final table last season they’ll need to find some steady options to compete. 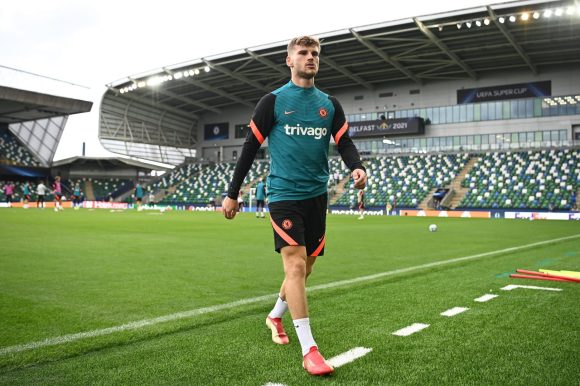 Darren Walsh/Chelsea FC via Getty Images
Can Werner regain a semblance of his old form?

Chelsea supporters will be pondering this all season after Werner underwhelmed during his first campaign with the reigning Champions League winners.

Solely looking at statistics, Werner’s debut campaign in England wasn’t terrible, but closely watching every match shows how much his confidence has dipped in front of goal.

That said, Werner managed a few crucial goals during the UCL run up to the final and never appeared to be a problem in the dressing room despite his personal struggles on the pitch.

With Romelu Lukaku returning to Stamford Bridge though, Werner is certainly on a short leash and could be utilized as more of an option off the bench given Chelsea’s significant attacking choices.

Is the third time the charm for Vieira as manager?

Patrick Vieira’s managerial career has had its share of ups and downs to this point after abruptly leaving New York City FC to pursue a job in France back in 2018.

His time at Nice was short and largely unsuccessful and that was why many were surprised he landed a job in the Premier League.

Palace won’t have the much depth or squad talent in England, but a piece as crucial as Wilfried Zaha will be a major starting point for Vieira.

Will Guardiola stay if he can’t win the Champions League?

This one isn’t fully a Premier League storyline, but the question is certainly relevant given City’s struggles to win the most-coveted trophy in Europe.

The Citizens fell short against Chelsea last season and now are in the midst of one of the biggest spending sprees in football this summer after adding Grealish and still pursuing Harry Kane.

Guardiola has managed at some of the top clubs in the world, but this is the longest he’s ever stayed in the same spot.

He lasted five years at Barcelona and four with Bayern Munich. He’s now entering his sixth season with City and the one thing that eludes him is UCL.