Christian Fuchs grew up watching the Premier League as a Manchester United supporter. He was drawn to greats of the game like Eric Cantona and Sir Alex Ferguson who exhibited excellence every time they stepped on the pitch.

Although Fuchs would never play for his childhood dream team, the defender would go on to accomplish great things at another Premier League club; an unexpected one in Leicester City.

Most know Leicester City now as the club that defied all odds and captured the 2015/16 Premier League trophy, beating out the likes of Arsenal, Tottenham, Manchester City and United to accomplish one of the greatest underdog dethronements in sports history.

The names that have since solidified themselves outside of the King Power Stadium such as N’Golo Kante and Riyad Mahrez have shown that Leicester’s miraculous run wasn’t a fluke. Jamie Vardy and Kasper Schmeichel continue to have their own success with the Foxes to this very day.

However, Fuchs, now 35, is readying himself for a new chapter in his storybook career; one in Major League Soccer with Charlotte FC.

The club won’t debut until 2022, but there’s already plenty of buzz around one of MLS’ newest clubs. 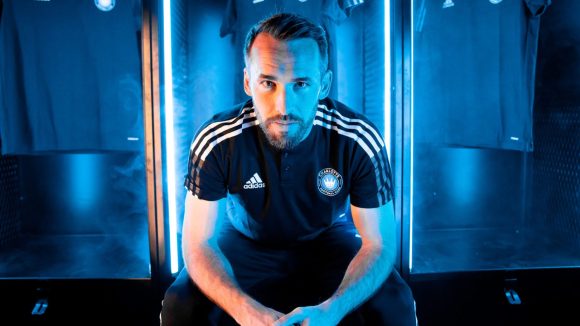 In the heart of the south, Fuchs, who’s lived part-time in New York City for the better part of half a decade as he bounced back and forth between the U.S. and England, is acclimating himself to a new life and a new journey he’s excited to tackle.

“It’s no secret that I was trying to go to Major League Soccer for quite some time now,” Fuchs told ONE37pm. “Obviously my family’s based in New York so it was only a matter of time until I came back here on a more permanent basis.

“I had no desire to stop playing football, so this to me was a huge opportunity to not only continue my career but also get closer to my family, which is extremely important to me.

“Nine years of traveling back and forth across continents was a lot for not only myself, but my wife and kids as well,” Fuchs said. “I just felt it was time for us to be closer and give back to them for all the sacrifices they’ve made over the years.”

Fuchs isn’t the first well-recognized player to complete a move to MLS, following in the footsteps of big names before him like David Villa, Frank Lampard, Wayne Rooney and Robbie Keane.

He is, however, been one of the more outspoken when it comes to his desire to come to the United States and compete in a league that continues to pick up steam as MLS grows in its 26th season of play.

When Fuchs arrived at Leicester in 2015 from Bundesliga side Schalke 04 former Foxes scout Steve Walsh was credited with bringing the Austrian and various players to the King Power Stadium which led the club on their historic campaign.

During his time at Leicester, Walsh was crucial in helping bring Kante, Mahrez and Vardy, along with others ahead of the 2015/16 season.

Walsh, who now serves as a special advisor to Charlotte, has held a close relationship with Fuchs for a number of years. 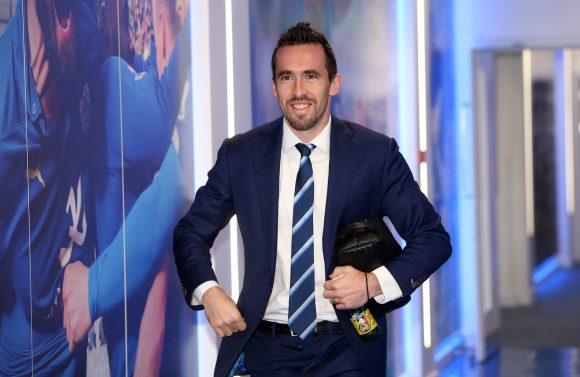 The recommendation from Walsh certainly paid off for all parties, with Fuchs going on to have a stellar six-year career in England that included various trophies, widespread recognition for his off-field service and international call ups.

“Steve [Walsh] was one of the big figures that backed me for Leicester back in 2015, so when he and I started talking about this new project in Charlotte it seemed like a no brainer to me,” Fuchs said.

“I didn’t really need any more details. After what he did for me to come to Leicester was unbelievable and unexpected as well.

“Then I actually had the chance to get to know the people in charge in Charlotte myself and traveled there over the weekend and it only reaffirmed my position. There’s been great investments by the owner and I want to be a big part of what they’re doing.”

With Charlotte’s ambitions clearly setting the club up for early success starting with owner Dvaid Tepper at the top, Fuchs recognizes the opportunity he has to put a stamp on the upstart project.

Upon arriving at Leicester, the Foxes had never seen steady Premier League success the way they have since winning the title in May 2016, with an FA Cup title and an appearance in the UEFA Champions League to their name.

Charlotte, like the various MLS teams that have gone through the expansion route over the years, will look to imprint their own positivity on the league similar to other markets like Atlanta United, the Seattle Sounders and Los Angeles FC.

My time at Leicester instilled this incredible winning mentality, but I’ve always been the type of person that’s hungry for more. I want to come into Charlotte and communicate especially with the young players how good it feels to have success and the hunger that you need in order to be successful.

“I believe I bring a vast amount of experience and that’s one thing I know I’ll certainly bring to our club. Bringing that right mentality from the start is something that’s very important because we want to have that professionalism and success from the very beginning.”

For Fuchs, his move to the U.S. isn’t solely about football though, at least not proper football.

For years, the left-sided defender has envisioned himself plying his trade in the NFL once his lengthy career on the pitch came to an end.

The Austria international will soon share a field with the Carolina Panthers at Bank of America Stadium, and Fuchs hopes he could throw a helmet on someday while out on that very same ground.

“I mean we’re sharing the stadium with the Panthers so it’s definitely a step in the right direction,” Fuchs said with a smile. “It’s something I would like to pursue. I will definitely give it a try.

“I’ve done some work with NFL coaches and I wasn’t that bad they told me. One out of three from 60 yards isn’t that bad without having proper training. Why not? That’s how I pursue my life by giving it a try and even if it’s a no at least I can say I made an effort.”