Week 11 in the college football season didn’t disappoint. Oklahoma was upset by Baylor, Florida struggled with Samford, and Texas lost to Kansas. As we inch closer and closer to conference championships and playoff seasons, teams are continuing to put themselves in position and some are getting themselves out of position. Here’s what we learned in week 11.

Going into the weekend, Baylor vs. Oklahoma was expected to be a shootout. It ended up being the opposite. Baylor’s defense stunned the world and shut Oklahoma’s offense down and propelled the Bears to a 27-14 victory. Baylor’s run game went ballistic, having two 100 yard rushers. Abram Smith rushed for 148 yards off 20 carries and quaterback Gerry Bohanon went for 107 yards off nine carries and finished with two touchdowns. Oklahoma quarterback Caleb Williams was flustered from the beginning and never got the offense started. Oklahoma didn’t just lose, they were dominated. Despite entering the matchup ranked squarely within the top ten, Oklahoma’s playoff chances are all but gone after the loss. They’ll likely be ranked outside the top 10 and have their chances wiped away. Maybe next year.

Ohio State Has the Best Offense in the Country 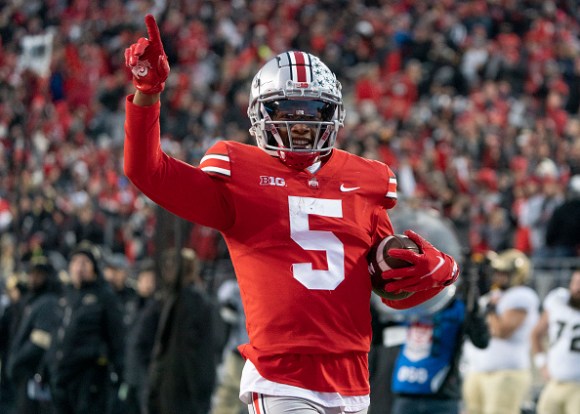 Purdue went into Columbus looking for their third upset of the season but Ohio State had other plans. The Ohio State offense absolutely exploded Saturday night. Quarterback CJ Stroud had one of his best outings, completing  31 of 38 passing attempts for 361 yards and five touchdowns. Running Back Miyan Williams had a good day at the office finishing with 14 carries and 117 yards. Jaxon Smith-Nijgba had a ridiculous nine catches 139 yards and a touchdown while  Highly touted NFL prospects Garrett Wilson and Chris Olave also had big games—Wilson finished with 10 catches, 126 yards, three touchdowns and he threw another and Olave finished with nine catches for 85 yards and added a touchdown. This Ohio State offense is legit and poses a threat to any defense they go up against. If Ohio State wins the Big 10, defenses in the playoff will be in big trouble. The Buckeyes are going to put points up against any defense in front of them. 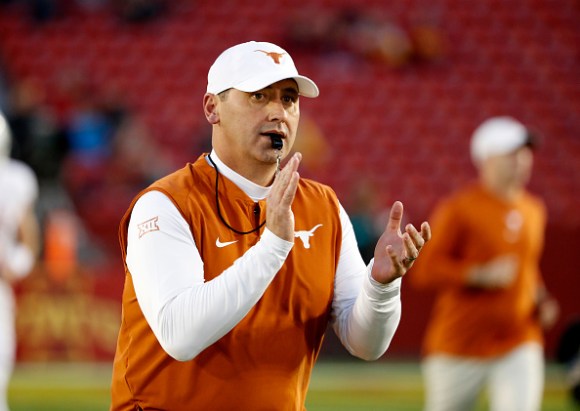 Before Saturday, Kansas hadn’t won a Big 12 road game in their last 56 tries. They rolled into Austin 31 point underdogs, and shocked the world by beating Texas 57-56. Besides competitive losses to Oklahoma State and Baylor, Coach Steve Sarkisian and his Longhorns haven’t looked good this season. However, Texas is going to be just fine—they have plenty of young talent, especially on the offensive side of the ball. Sarkisian has shown in the past he’s a play-calling wizard when he has the appropriate offensive pieces. Despite having a 4-6 record, junior quarterback Casey Thompson has had a pretty good year and will be back next year. Heisman candidate running back Bijan Robinson may have suffered a dislocated elbow that’ll hold him out for the rest of the season, but he’s only a sophomore and will be back wreaking havoc next year. The Longhorns have a host of wide receivers that’ll be on the roster too. Longhorn country, relax.

The Georgia Bulldogs Are Already Playoff-Bound 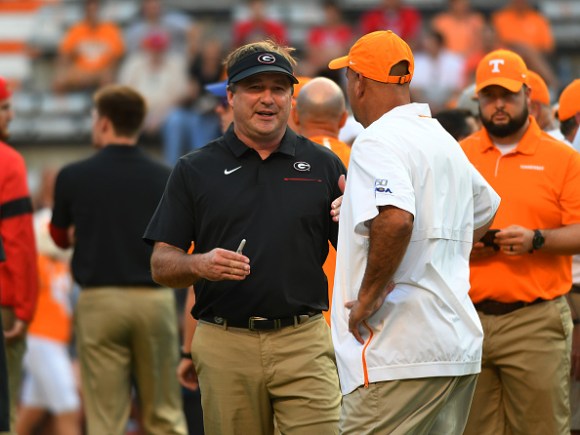 The University of Georgia Bulldogs all but punched their ticket to the college football playoffs last Saturday. The Dawgs’ went undefeated in conference play for the first time since 1992. Georgia has had some success under coach Kirby Smart but this 2021-2022 team is different. The defense is as dominant a defense we’ve seen, and the offense is opportunistic. This Georgia team looks primed to win a championship after blowing the Tennessee Volunteers out the water 41-17. The Volunteers’ 17 points were the most the defense has surrendered all season. Barring any slip ups against Charleston Southern or Georgia Tech, the Dawgs’ are going to head into the conference championship ranked #1 and even with a loss in the SEC championship, they’d probably still make the playoffs. This is their year.