The opposition to FIFA’s biennial World Cup plans have been loud and clear, but that hasn’t stopped Arsene Wenger and some of the organization’s masterminds from pushing forward with it.

Today though, there’s news of other plans, ones that could throw a major wrench into the international football schedule.

ESPN’s Dale Johnson is reporting that the UEFA Nations League could see major reforms starting in 2024, including major additions with the arrival of all 10 CONMEBOL nations.

South American countries, as well as other confederations, have been previously left out of the competition as UEFA continues to expand its massive reach over football.

CONMEBOL hosted Copa America this summer as Lionel Messi and Argentina won the trophy, but an alliance with UEFA would be a huge win for the South American countries.

Below, ONE37pm will dive a little further into the reported plans and detail what it means for FIFA – who’s current ideas differ drastically from what’s being proposed.

What is UEFA’s latest plan?

UEFA recently held its draw for the 2022/23 Nations League, but this new reform wouldn’t take place until 2024 with the arrival of CONMEBOL countries.

“This is the last UEFA Nations League in this format,” UEFA vice president Zbigniew Boniek said. “We had a meeting with CONMEBOL, an organization of South American countries. From 2024, teams from this continent will join the competition.

“As many as 22 teams will play in League A, in which 16 teams are currently competing. Six of them will be from the CONMEBOL zone. The remaining four teams will be added to League B.”

The 10 South American countries would be broken with Brazil, Argentina, Colombia, Uruguay, Peru and Chile currently the top six nations and then the bottom four countries as Paraguay, Ecuador, Venezuela and Bolivia.

For context, this is how the upcoming Nations League setup looks for 2022/23. 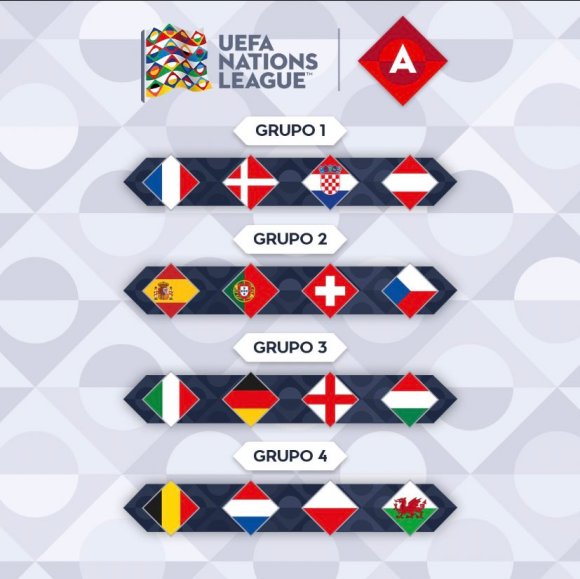 With Leagues A and B currently featuring 16 teams in each pathway, the addition of CONMEBOL nations would bring League A up to 22 teams and League B to 20.

All the matches for the updated competition are anticipated to be played in Europe.

How does this affect FIFA’s biennial World Cup plan?

FIFA surely won’t be thrilled will this development given their strong push towards a biennial World Cup — held every two years instead of the tradition four-year pattern.

With UEFA and CONMEBOL signing a Memorandum of Understanding (MoU) until June 2028, the two biggest confederations in football have made their opinions clear as to what they think of FIFA’s proposal.

While some of the proposed reforms are needed, such as a clean up of the international calendar and reduced travel for players throughout the year, it’s been a common theme that most outside of FIFA circles don’t want to see an increased frequency for the World Cup.

Today’s development also comes on the heels of UEFA and CONMEBOL announcing the Finalissima, a mini final that will start this summer with Argentina and Italy meeting as the winners of Copa America and Euro 2020, respectively.

What’s the outlook for football?

While the combined presence of UEFA and CONMEBOL strengthens the two confederations that have historically dominated football, it’s not necessarily the best thing for outsiders like CONCACAF, AFC and CAF, which represent North/Central America, Asia and Africa, respectively.

The UEFA Nations League has already made it more difficult for teams outside of Europe to schedule friendlies and prepare properly for the world’s biggest tournaments, such as the World Cup, but now the addition of elite South American nations widens the gap at the top.

The U.S. Men’s National Team under Jurgen Klinsmann, for example, was regularly scheduling friendlies against Netherlands, Italy, Germany and other top teams from around the globe.

Over the past three years, the only top 25-ranked side the USMNT has faced outside of CONCACAF rivals Mexico are Switzerland and Chile.

The outrage across Europe when it came to the European Super League was felt globally, but when it comes to the subject of international football nobody blinks an eye for the teams that don’t reside within Europe despite the fact that some of the world’s best talents didn’t come from the UEFA region.

There’s surely a lot more that needs to play out in this story, but for now, the ball is in FIFA’s court as they plan their next move.