Gareth Southgate’s England have enormous expectations on their shoulders, which is why after the country’s 0-0 draw against Scotland on Matchday 2 at Euro 2020 many pundits and supporters were skeptical about the team’s outlook for the rest of the tournament.

England went on to secure a 1-0 victory over the Czech Republic on the final day of Group D play, locking up the top spot and progressing to the Round of 16.

Southgate and Co. finished the group stage without conceding a goal in their three matches, with Italy the only other nation thus far to accomplish that feat.

It’s very clear that defensively England will be stout, and that’s something that needs to continue if this team wants to make another deep run at a major tournament as they did at the 2018 World Cup.

Although it may not have been the most complete performance from the Three Lions on Tuesday, there was significant progress from Southgate’s side, and more importantly, needed changes to the lineup.

Jack Grealish and Bukayo Saka both started in the attack alongside Harry Kane and Raheem Sterling, offering a newfound sense of creativity to a side that struggled in the final third over their first two matches.

Although England only scored once against the Czechs, there was clearly better communication and movement on the England front line, especially with Kane being more involved in positive movements.

The Three Lions’ goal involved nearly all of the attacking group as Kane distributed the ball wide to Grealish, who is known for taking players on from the wings. He whipped in a good cross and easily found the head of Sterling, who put England ahead for good.

It remains to be seen how England will line up moving forward, especially with Mason Mount’s status unknown after being quarantined following close contact with Scotland’s Billy Gilmour.

Mount figures to be another creative presence in the team, however, with Southgate starting Grealish in the center of the park as an attacking midfielder there doesn’t appear to be room for both players on the pitch. 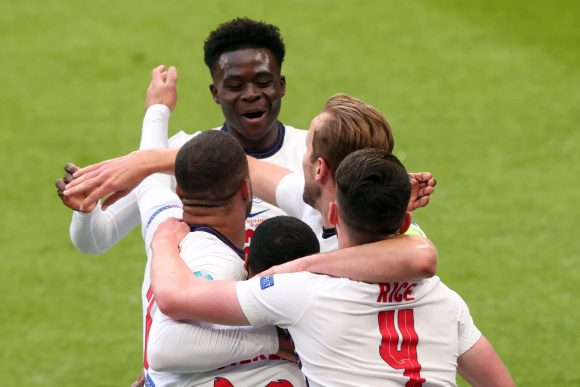 Meanwhile, Saka’s status on the right wing could also be in jeopardy with Phil Foden and Jadon Sancho both lurking and eager for consistent starting minutes.

The biggest difference of all though to come out of Tuesday’s match was consistency and experience at the back.

This is a team that has recorded a shutout in eight of their last 10 matches, which shows the defensive dominance England has displayed under Southgate.

Although England hadn’t conceded in either of their first two fixtures at the Euros, Harry Maguire and John Stones resumed their partnership at the heart of the defense, which is clearly England’s top center back pairing.

At the wing back spots, Luke Shaw and Kyle Walker were both very diligent in their duties on both ends of the pitch. Shaw and Walker are quality attackers in their own right and managed to get back and forth seamlessly, but their ability to whip crosses in and offer another layer to the team’s attack is what makes them a great addition to the starting XI.

Ultimately Southgate will face scrutiny regardless of which lineup he employs moving forward, but finding consistency in his XI will be crucial in order to give his players the best opportunity to win matches.

10 Best Goalscorers in Euros History
Portugal’s Youth Will Smoothly Transition the Post-Ronaldo Era
What Are Germany’s Expectations at Euro 2020?