Seasonâ€™s beatings are upon us, and wrestling fans are clamoring for hot merchandise! In the age of on-demand content and ultra-niche hobbies, a preponderance of exciting items are available to cater to every specific need, and pro wrestling is no exception.

The tricky part about gift-giving, especially for wrestling fans, is parsing out whatâ€™s actually cool versus whatâ€™s tragically nerdy. With that in mind, weâ€™ve put together a quick shopping list for your holiday needs, ranging from custom items to outrageous fashions. 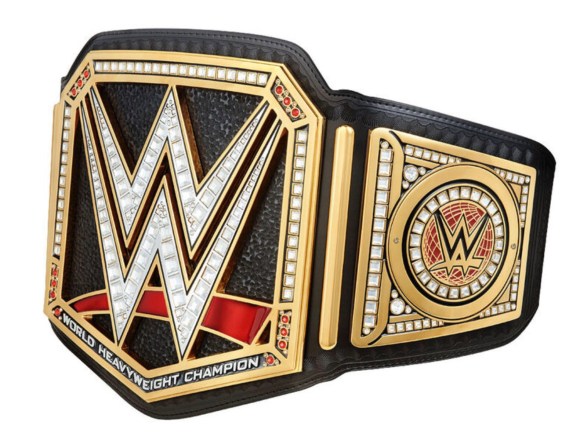 As a child who had the WWE Championship and the World Heavyweight Championship, I can confirm that there were few things more fun than pretending I was in a title fight, hitting moves and taking bumps with an imaginary opponent on my grandparentsâ€™ bed and raising the belt at the end. You can give someone that experience this Christmas with the WWE Championship Commemorative Belt. Itâ€™s moulded from an actual handmade belt with the only difference being that itâ€™s made of high quality acrylic plastic as opposed to metal. 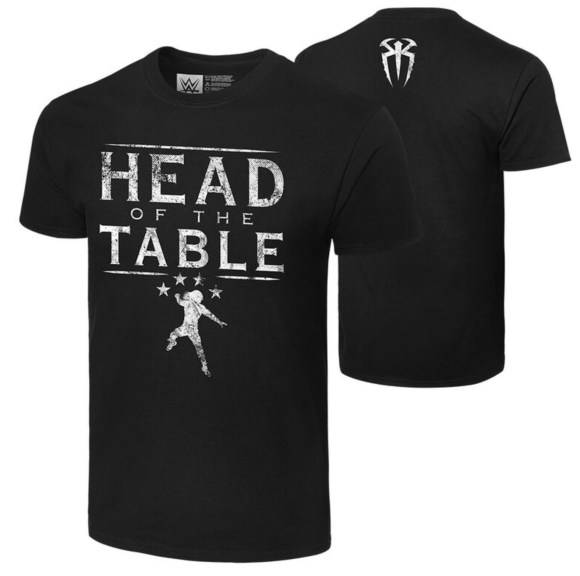 The Big Dog has had a story with a bunch of peaks and valleys in his time with the WWE. For a while, many found it hard to cheer for him, seeing him as a representation of a larger problem with WWEâ€™s creative team, but thatâ€™s in the past now. Heâ€™s arguably the face of the company and to celebrate that, you can get the Head Of The Table shirt for a Roman Reigns fan this Christmas.

Sasha Banks is red hot right now and is well on her way to becoming a Hall of Famer. The current SmackDown Womenâ€™s Champion, a Womenâ€™s Grand Slam champion and a Triple Crown Champion, any kind of Sasha Banks merchandise right now is a lock to put a smile on the face of a wrestling fan this Christmas. We picked out the Boss Time studded ring set but there are also slippers, water bottles, dog leashes and more for sale. 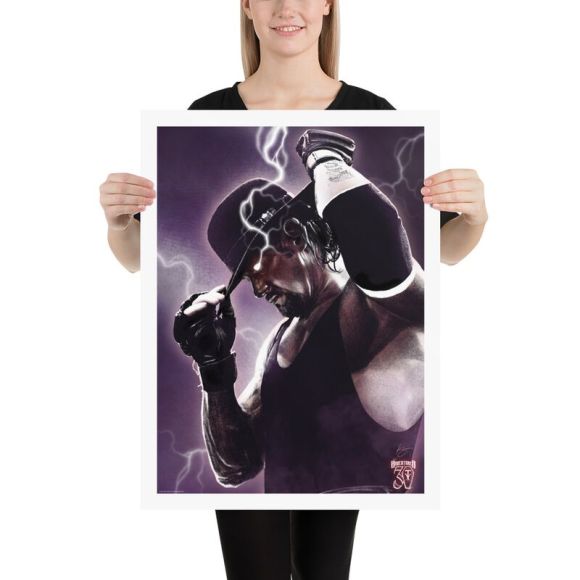 November 19th of this year marked 30 years since The Undertaker debuted in the WWE at Survivor Series. Heâ€™s had a long, illustrious career among many eras and has remained relevant in each one, a household name and one of the greatest to ever do it. To celebrate the 30 years and mark Takerâ€™s retirement, WWE released a big line of merchandise that would be perfect for any pro wrestling fan. The Snoop Dogg collaboration t-shirts got some stick on social media, but they might be your thing if youâ€™re into vintage tees. Along with those and the poster we like the most, thereâ€™s a pillow, a mug, a commemorative urn, a pin, a keychain, a belt, a costume and much, much more. 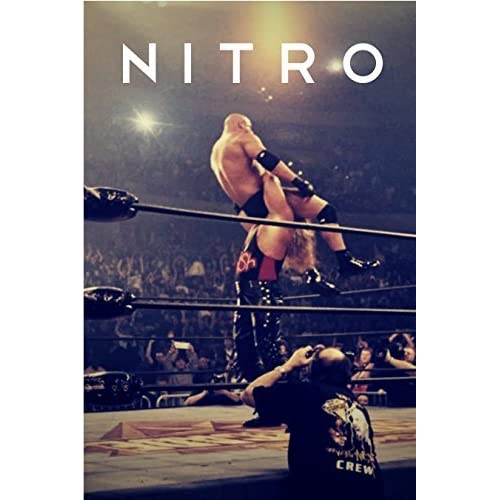 The WCW era in pro wrestling was a short but sweet one and telling its story here is Guy Evans. Whether you were a fan through the late 1990s and early 2000s when it was functioning or not, his account will make you feel like you were right there in the heat of it. Eric Bischoff, former President of WCW, calls it â€œthe most definitive, well written and thoroughly researched book on the rise and fall off WCWâ€ and going further, Conrad Thompson, host of Something To Wrestle and 83 Weeks, says itâ€™s â€œwithout question the very best book ever written on professional wrestling.â€ If thatâ€™s not enough to convince you, nothing will be. Itâ€™s available as an audiobook too. 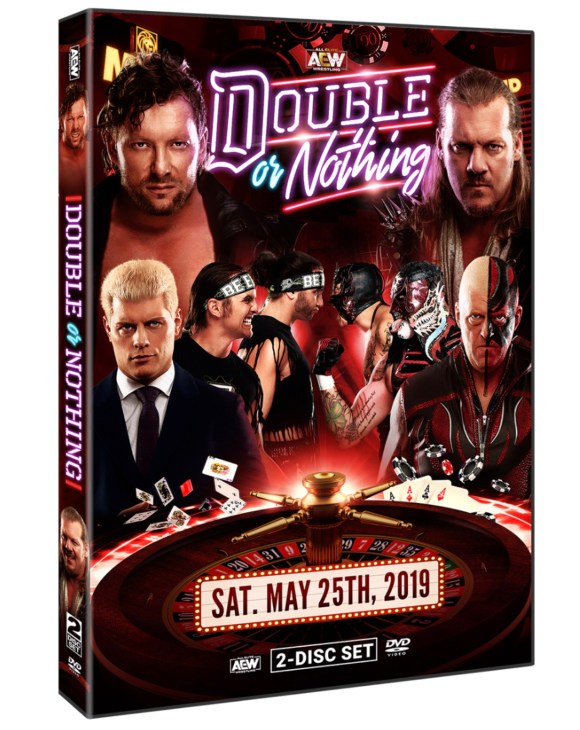 Considering how new AEW is, thereâ€™s a good chance that a hardcore pro-wrestling fan has either seen every show that theyâ€™ve put on, or hasnâ€™t quite been convinced yet. Very few people will fall down the middle. Regardless of what side they stand on, an AEW DVD could be the right thing to put in their stocking this Christmas. They might want to relive some of their favourite shows, have some of the early shows documented with a physical copy forever, or maybe they want to give it a start in their own time. 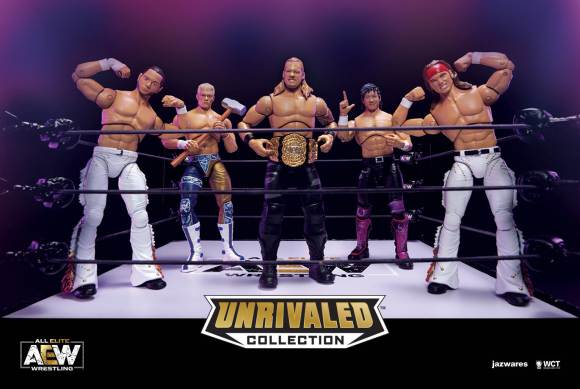 In just under two years, All Elite Wrestling has made a huge impact on the pro-wrestling world, as many expected them to. When I was a kid, playing with WWE action figures like Edge, Randy Orton and John Cena gave me hours of fun and had me running wild with my imagination. Now, AEW have released their own set of action figures. Chris Jericho, Kenny Omega and Cody Rhodes are all on offer and sure to satisfy both kids who want to play with them and adults who see them as collectible pieces to display, either still in the box or out of it. 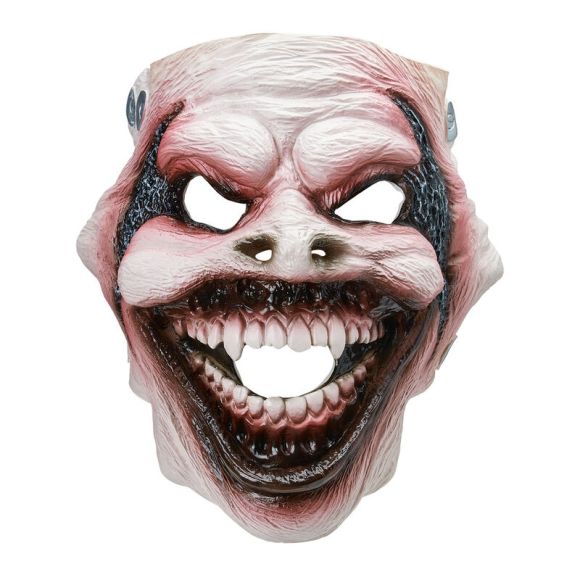 I donâ€™t know about you, but Iâ€™ll never forget the first time I saw The Fiend on my screen. It was eery and reminded me of when The Undertaker debuted 30 long years ago. It felt like he was about to make an impact and a large part of the reason was the mask. Iâ€™m not afraid to admit it made me feel more uneasy than it should have as someone in my early twenties. If youâ€™re looking to give someone the same feeling, then you can get them The Fiendâ€™s mask this Christmas. You can either buy a standard replica for about $40 or buy the deluxe replica, with more details, for $200. 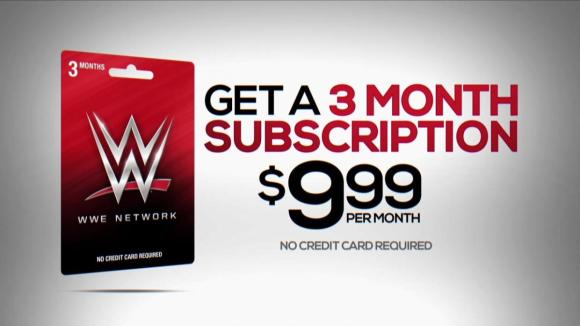 The WWE Network is a forward-thinking system that itâ€™s safe to say weâ€™ll see other huge names in sports adopt sooner or later. For just $9.99 a month, fans can watch thousands and thousands of hours of WWE programming on demand, including the monthâ€™s PPV with no additional costs. Whether you want to keep up with the weekly shows or reminisce and watch episodes of RAW or SmackDown from when you were a child, the Network is the place to be, which is actually why paying for someoneâ€™s subscription with a gift card is a perfect gift this Christmas. 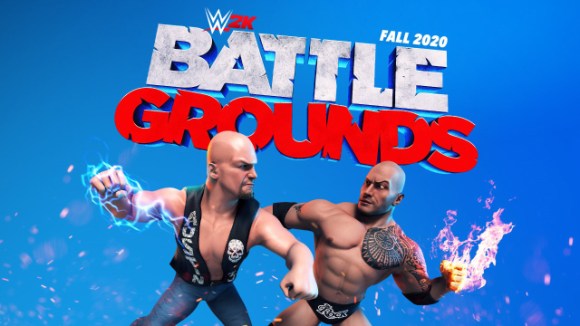 The 2K website describes this new game as having â€œall-new, over the top, in your face actionâ€ and thatâ€™s really better than I could ever describe it. This is a left turn from the usual annual releases from 2K after the developers saw the series start to dwindle slightly in recent years. The pandemic didnâ€™t help either. Instead of pressing on with the same game, they bring us this bundle of fun with plans to return to the standard simulator next year. This is to the WWE 2K series what NBA Playgrounds is to the NBA 2K series. A game that doesnâ€™t take itself too seriously and benefits from it. 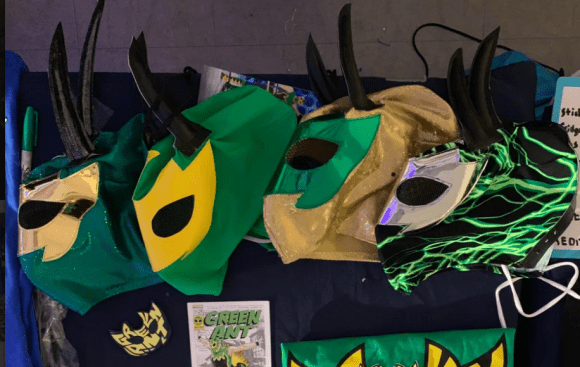 CHIKARAâ€™s resilient rookie is known for high-flying antics and acts of selfless bravery, but did you know heâ€™s also a budding designer? This diligent bug sells replica masks and custom designs at fair prices, and you get the bonus satisfaction of knowing each one was 100 percent handmade.

Recreate Kazuchika Okadaâ€™s opulent entrance with this absurd purchase that includes 100 Rainmaker dollars that canâ€™t be spent literally anywhere. Itâ€™s not exactly useful, but as far as novelty gags go, it doesnâ€™t get much better. 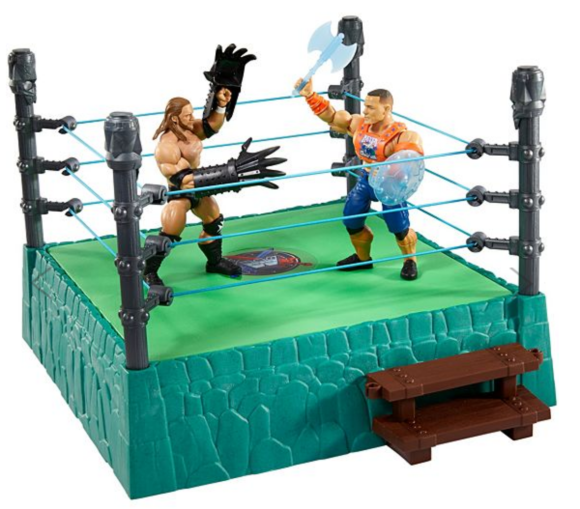 Itâ€™s always been easy to imagine pro wrestlers as superheroesâ€”and now Mattel has made this relationship quite literal. The rocky toy ring even has an absurd backstory to go with the redesigned high-fantasy grapplers: Can denim-clad John Cena save WWEternia (no, really, thatâ€™s what itâ€™s called) from Terror Claws Triple H?! Only you can decide!

Protect your face from frostbite with this on-trend ski mask from Villain Enterpriseâ€™s resident enforcer. We named Brody one of the most stylish goths of 2019, and his exclusive merch with Lapel Yeah is helping you bring him his unique brand of dark style with this winter-appropriate accessory. 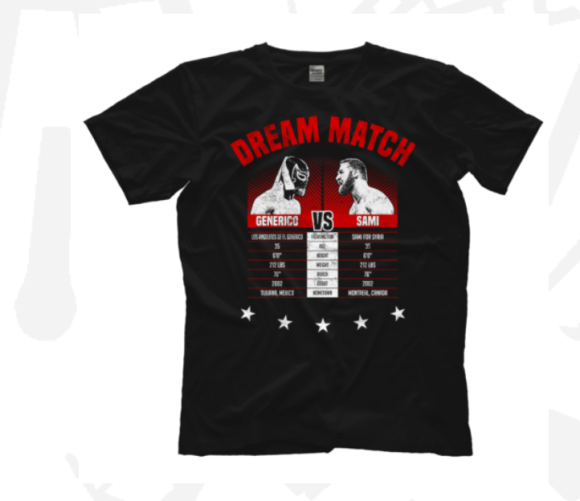 Around the time El Generico retired from wrestling to run an orphanage in Tijuana, a lovable red-bearded fighter began appearing on NXT. Fans noting similarities between the two have dreamed of the day these legendary grapplers would one day fight, but no one seems to be able to track down the heroic luchador. Now, Samiâ€™s raising money for victims of the current war in Syria with this collectible tee. 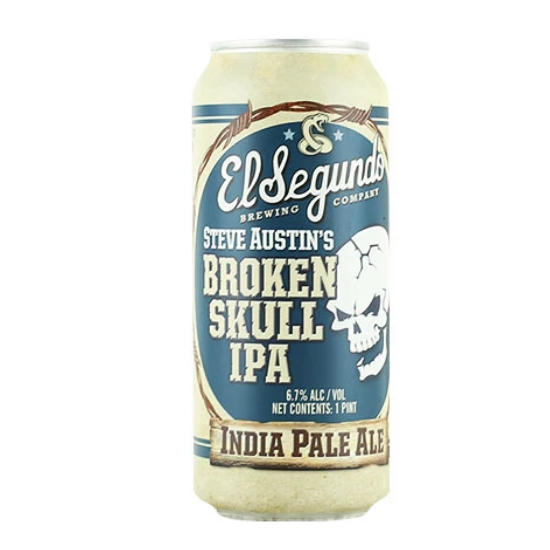 WWE has distanced itself from the boozy Attitude Era but Stone Coldâ€™s still going strong with his own brand of IPA, featuring â€œCitra, Cascade, and Chinook hops.â€ Give Santa a â€œHell Yeahâ€ and throw that olâ€™ boy a brew from Americaâ€™s favorite badass. 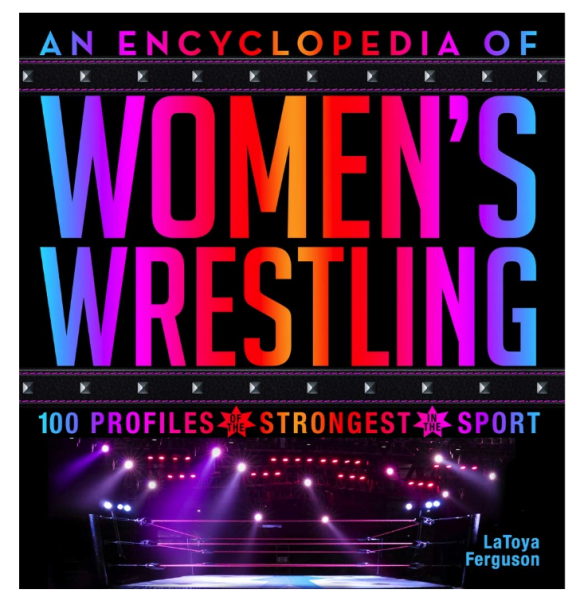 LaToya Fergusonâ€™s excellent and detailed profiles of the biggest names in womenâ€™s wrestling is a perfect gift for the brainy fan. The book is perfect for display on a coffee table, but also functions as an informative primer for the stories of trailblazing athletes who donâ€™t get nearly enough recognition for shaping the sport we know and love.

You may never possess the unique and cocaine-riddled charisma of Ric Flair, but you can at least cop his signature look with Chalk Lineâ€™s eccentric interpretations of classic pro-wrestling gear. If the Ric Flair jacketâ€™s too flashy, we recommend the old school NWO variation as a more understated backup.