Two years ago, we lost an icon and one of the greatest players ever to play the game of basketball, Kobe Bryant. That tragic day also claimed the lives of eight other individuals, including Bryant’s daughter Gianna, her Mamba Academy teammates Peyton Chester and Alyssa Altobelli, Peyton’s mother Sarah Chester, Alyssa’s parents John and Keri Altobelli, and Ara Zobayan.

Here at ONE37pm, we think it’s more important to focus on the many wonderful moments of a person’s life as opposed to their passing, and Kobe Bryant meant so much to us in so many different ways. Kobe put his all into everything he did, and as a result, he gave us so many amazing memories that will last us a lifetime. Today we reflect on those moments and how they impacted our lives.

Kobe, thank you for everything.

So my favorite Kobe memory actually isn’t a basketball one. I absolutely love the moment where he won the Oscar for his short film Dear Basketball. He was trying to keep his cool, but you could see that he was like a kid in the candy store. It was such an inspirational moment that showed me that you should never put yourself in a box. I’m sure the little boy from Philly never dreamed that one day he would win an Academy Award, and it was pretty friggin awesome for him to win five rings AND an Oscar.

Kobe Scores 62 Against The Dallas Mavericks

It has been almost sixteen years since NBA Legend and future Hall of Famer Kobe Bryant famously outscored the Dallas Mavericks all by himself. On December 20, 2005, Bryant scored a then-career-high 62 points against the Mavericks in three quarters at the Staple Center.

After the third quarter’s conclusion, then Lakers’ coach Phil Jackson pulled Bryant and sat him down for the rest of the night. Bryant scored 30 points in that quarter alone, giving him 62, and the Mavericks only had 61 points as a team.

Former 15-year NBA veteran and now an assistant coach with the Mavericks, Darrell Armstrong was a member of the Mavs at the time. According to Armstrong, Bryant was not talking trash while he torched Dallas for a career-high 62 points.

“Nope, not one word,” Armstrong told ONE37pm via text.

When asked if the Mavericks knew Bryant was done for the night, Armstrong said yes, they were up big. “Yes, because they were up 30 points.”

Dirk Nowitzki was also on that team and shared with ESPN’s Marc Stein that the performance was “Sick…Insane.”

Armstrong shared that it was only the beginning because Bryant hit the Raptors for 81 points a month later on January 22nd. The Lakers needed every one of those 81 points by Bryant because they were losing for most of the game until the 1:12 mark of the third quarter.

After Bryant sent shockwaves around the league with his new career-high 81 points, according to Armstrong, Jerry Stackhouse shared that he thought if their game was close with the Lakers, Bryant would have scored 100 on the Mavs on December 20, 2005.

“Stackhouse said to me, DA, just think if the game was close? He scores 100 points on us. I said yep,” Armstrong said.

The late Dr. Jerry Buss said it was “like watching a miracle,” when he spoke to Mike Bresnahan of the Los Angeles Times.

Rest in peace to the legend, just two other accolades that will be a part of Bryant’s Hall of Fame induction.

Even if you weren’t a fan of the Los Angeles Lakers, it was impossible not to admire the legendary career of Kobe Bryant and enjoy the classic basketball moments that he left us with, even when those moments come at the expense of the team you love.

Ask any basketball fan, and they’ll be able to tell you where they were when Kobe dropped 61 points at Madison Square Garden. For me, I was a 19-year-old college student attempting to watch the game through an online stream from my dorm room because my cable was out. On Kobe’s back, the Lakers would win the game 126-117, and it was truly a moment where, speaking as a Knicks fan, I just had to say to myself: “You know what? I can’t even be mad. That was amazing.”

That’s what Kobe did for not just Lakers’ fans but basketball fans everywhere. He left you with moments that are burned into your brain forever that simply leave you speechless.

Rest in peace to one of the sport’s biggest legends. 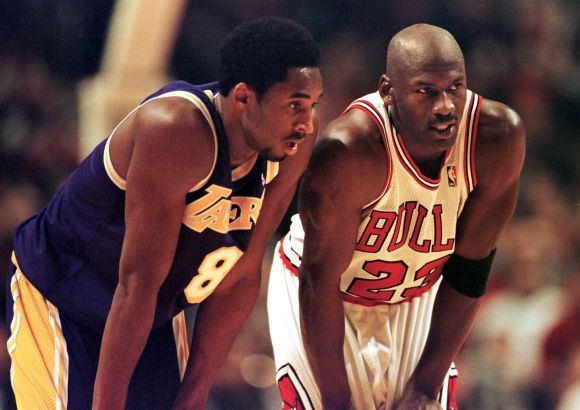 I was born and raised in Southern California. I am a lifelong hoops fan. I am religious about the open gym pickup basketball games at my local community center. With all of this said, Kobe Bryant was a very present force in my life.

Now, full transparency, I am not a Lakers fan. But every kid in the neighborhood, at one point or another, owned a Kobe jersey. I was fortunate enough to have two in my life. I have a vivid memory of playing a one on one game in my backyard against my older cousin. He was a Boston Celtics fan, so naturally, it was my duty to hold it down for my hood and rock my yellow Kobe Lakers jersey. My cousin has almost five years on me, so he bullied me on the court. At one point, he accidentally elbowed me in the nose in the low-post.

I was a bloody mess. I was crying, whining, and sad. My nose was busted and my jersey was ruined.

But… My Dad asked me a simple question. “What would Kobe do?”

After a short break, I was back on the court. I lost badly. But the lessons were learned.

And that’s what Kobe did. It sounds corny, but people (including myself) bought in. It didn’t matter if you were a fan or a hater. The Mamba Mentality wasn’t JUST a catchphrase. It extended beyond the basketball court. In any moment of discouragement, he provided that extra push in your head. The mantras that he preached were universal. The connection he made globally wasn’t an accident.

Being Impressed By Young Kobe 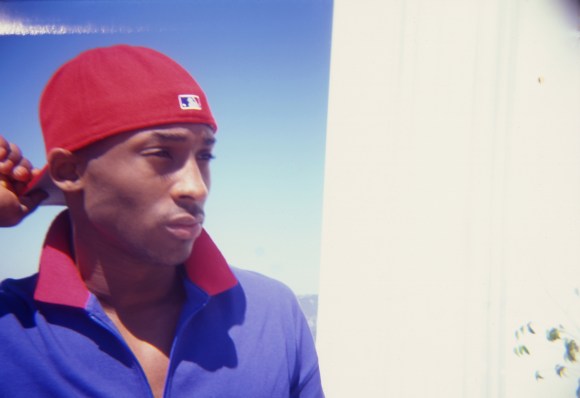 It’s funny how sometimes when you think of a particular athlete or moment in sports history, you remember exactly where you were and can almost put yourself back in that place as if it happened yesterday. The first time I ever watched Kobe play is one of those moments.

Back in 1996, I was a junior in high school and had recently been accepted to Purdue University. My mother and I flew out to Indiana to visit, and it also happened to be Final Four weekend, obviously a huge deal in the Hoosier state.

It was a Sunday, and my mom (who hates sports) was nice enough to take me out to a local sports bar for our last meal before we flew back to New Jersey. The McDonalds All American Basketball game was on, and they kept showing highlights of this kid named Kobe Bryant. I remember them telling stories about his father, former NBA player Jellybean Bryant, and watching the clips from the Slam Dunk Contest that Kobe won the previous night. However, what stands out the most was how they talked about how he was likely going to skip college and enter the NBA Draft.

That idea was relatively new to the NBA at the time, with Kevin Garnett being a pioneer of sorts, leading the charge. The thought of him doing it seemed so crazy because here I was with my mom looking at schools trying to decide the best path for my future, and Kobe was about to embark on an NBA career…and we were almost the exact same age. It blew my mind.

I was not a big fan of Kobe’s because I’m a die-hard Knicks fan. I always respected his game, but I am the type of fan that roots only for the guys in the blue and orange and pretty much can’t stand any other player. But when Kobe died, I was overwhelmingly sad because it took my mind back to that sports bar in Indiana. A place in time when we both had our entire lives ahead of us and dreams of making it big in our professions. For him to die like that showed me how fragile life is and how we need to live every single day as if we aren’t guaranteed tomorrow. I know how much more I want to do before my time is up, and for Kobe, a father of 4, it is absolutely heartbreaking and so unfair that he was taken at such a young age with so much left that I’m sure he wanted to do.

That will always be my personal connection to Kobe. 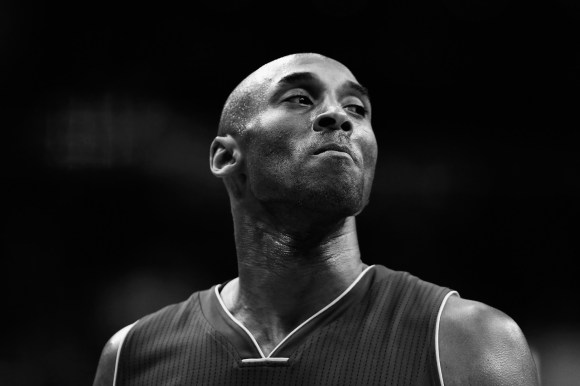 Culturally speaking, there is not a single Kobe moment that triumphs them all. It’s been two years since his passing, but people tend to forget that Kobe’s name is made out of Adamantium. Virtually indestructible, he is a godsend in the 21st century who always managed to shine brighter than his moments.

Kobe Bryant is an embodiment of good morals, hard work, and spirituality. To this day, his cultural presence alone is enough to motivate people and encourage them to adopt his Mamba mentality. A mentality that has proved itself worthy and will continue to live on even past our lifetimes.

A mentality that anyone can embody and put to use immediately. From shooting crumpled up homework paper into the wastebasket to you’re watching the birth of your daughter, it lives on.

Kobe, you were an inspiration to us all. Thank You for everything.