This has been an already turbulent NBA season for trades, so I wanted to take a stab at a few potential options that we might see some time this year. I followed a few criteria for making this list. First, I wanted to make sure these were trades that were beneficial to both teams and actually made sense. Bradley Beal to the Nuggets for Bol Bol is a fun idea but certainly wouldn’t happen. Second, I used ESPN’s trade machine to calculate the financial aspect of the trades, confirming that they’re actually possible from a logistical perspective.

I’m not saying that these trades will happen, but these are some well-calculated possibilities that could make the league even more competitive. The season is just starting to really heat up, and a boon to, say, the 76ers or Nuggets roster could absolutely change the playoffs landscape. So, without further ado, here are four potential trades for this NBA season. 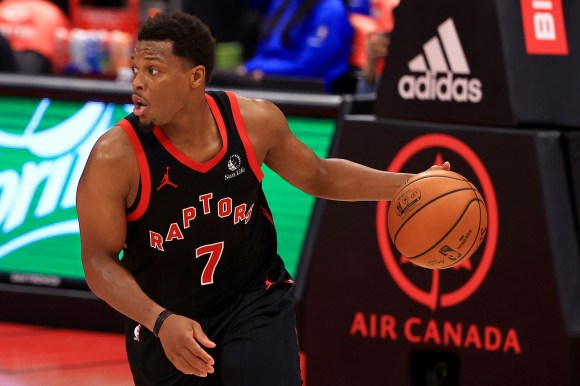 For Tyrese Maxey, Danny Green, Matisse Thybulle, and one 1st round pick

The Raptor’s 2019 Finals victory cemented Lowry as a player who could play a key role for a championship team. There are rumors floating around that there’s a decent possibility that the Raps might be looking to move on from him. Personally, I want Lowry to stay on the Raptors and end his career there. On top of that, the Raptors have already started to turn their season around, which might mean that they chose not to blow their roster up. That being said, if they do move him, this is what I’d want to see.

Going to the 76ers would make sense for a few reasons. One, this would give Philly another shot creator on the perimeter, something they definitely could use. This would give them the option to put out an unreal starting five with Simmons, Embiid, Harris, Curry, and Lowry all on the floor. However, it might be in their best interest to have Lowry run the bench unit instead, which I think could also work well. The flaw of this trade would be that it would leave the 76ers very shallow on the bench, but I think they can swing deals to help their 2nd unit out and make this work. Simply put, this is a win-now move for a team that should be serious contenders

As far as the Raptors go, if they make this move, they’re going to be in a period of rebuilding. The reason why I think this trade works is because I seriously believe in Maxey as a player. Frankly, I’m higher on him than I should be, but he has the potential to turn himself into a serious offensive threat. That means that if the Raptors are trying to reset, I’d love for them to pick Tyrese up. Danny Green is a veteran who can space the floor. He’s pretty much just in this trade to make the money match, but I could see a scenario where the Raps involve a 3rd team to flip him for another pick (probably a 2nd). Even if they can’t, he’s on an expiring deal, so it’s not going to affect them long term. This trade would give the Raptors a very solid young core and an extra pick which is about the best they could do in a Lowry trade.

Overall, I think this trade would benefit the Sixers hugely for this season and the Raps down the line. It works for both teams if the Raptors decide to go this route.

2. Bradley Beal to the Nuggets 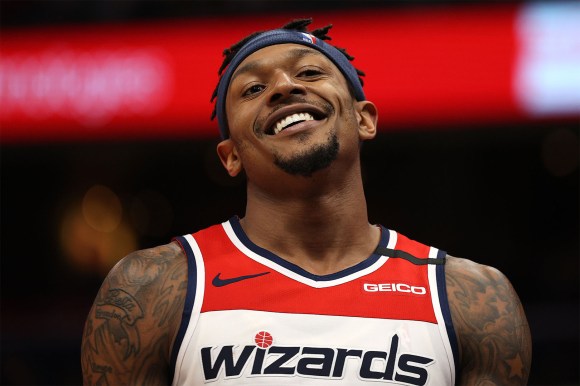 Truth be told, Beal probably won’t get traded.  The Wizards have been bad this year, but they’re on a nice winning streak right now, so they might be turning the corner. Nonetheless, this would be a good possibility for him if that ever seems to no longer be the case. The Wizards totally botched this offseason. Westbrook isn’t necessarily better than Wall, and they’re the ones who gave up the pick to make the swap. They’ve had major defensive problems up to this point, and their salary cap isn’t due to clear up any time soon. It’s hard to imagine this team could put the pieces around Beal to make the Wizards contenders.

I think if they do decide to blow it up and start over, this trade will give the Wizards a good start, netting them a young star in the making with MPJ. on top of that, you’ve got some solid prospects and FRPs to make a reasonable package. I thought about giving Washington an AD/Harden level return for Beal, but I don’t know if he’s quite at that level, even with the season he’s having.

The Nuggets’ side is simple; they add a 3rd star. I understand if they want to wait for MPJ to develop; in fact, I might if I were them. He’s got the potential to be a top 10 player in this league if everything goes right. That being said, there’s a real chance they get impatient and pull the trigger.

3. Khem Birch to the Nets 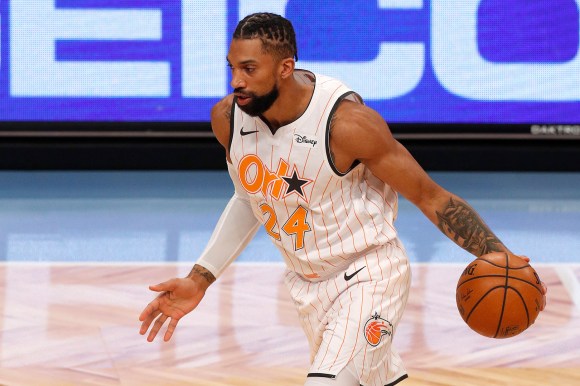 For Landry Shamet and Timothé Luwawu-Cabarrot

If you’ve watched a Nets game since the Harden news, you know two things are clear. One, these cats aren’t playing defense, and two, they really need another center. Deandre Jordan, at this point in his career, can only do so much. Losing Allen clearly altered their roster more than they anticipated. Birch has been great rotationally for the Magic; he’s good with pick-and-rolls and doesn’t need to take a ton of shots to make an impact. The last thing the Nets need is another shot-taker. While I don’t think he would be a game-changer for them, he’s a center who can play a role and give some solid minutes, which is exactly what they need. I’m sure Drummond is their first choice but that’s gonna be hard to pull off without a buyout.

Losing a rotational big wouldn’t hurt the Magic too much, as they have Mo Bamba on their roster who has been getting very few minutes. Moving Birch not only lands them a few young players with potential but also opens up playing time for Bamba, a player who I still believe in. Shamet is the main asset they’d get back in this move. He’s been slumping recently, but a change of scenery might get him back to shooting like we know he can. The Nets could also throw in a 2nd to sweeten the deal if need be. 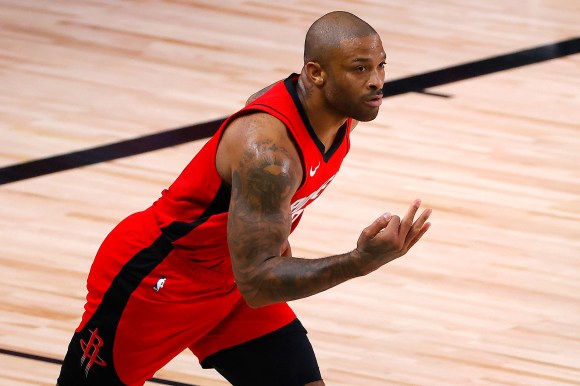 For two 2nd round draft picks

The NBA’s resident sneakerhead would be a great fit for the already booming 76ers for a few reasons. First, undoubtedly PJ has looked rough to start this year, but I still think that he could provide value as a 3 and D player. I’m a big believer in getting energy bench guys, and he’d be exactly that. The 76ers’ biggest need might be scoring off the bench, but because this trade is so cheap, I think they could still look into it. Tucker just seems like the type of guy who will play his best with limited minutes on a contender.

For the Rockets, I don’t know if PJ Tucker really fits the direction of the team anymore. Two second-round draft picks might not seem like much, but Tucker isn’t clicking with the team, so offloading him for some potential benefits in the future is actually a pretty strong move. There have been rumors he could get bought out, so getting 2 picks instead would be a win for them.

What Is NBA Top Shot? Here’s Why People Are Paying Mega Money for Highlights
The 25 Best Defenders in the NBA Right Now
WNBA History: How The League Has Grown