We’re in the middle of the NBA playoffs, so there really couldn’t be a better time to talk about possible trades for the upcoming off-season. Trade season is far closer than you might realize considering it’s only 3 months until training camp begins. We’ve already seen the Thunder and Celtics make a deal this offseason—which actually messed up one of the potential trades I was going to write about.

A word of warning before we get into these deals: these are a mix of things that I think would be good, but might not be realistic, and trades that I don’t love but are fairly likely to happen. I’m also taking into account rumors that have been reported by good sources, so if it ends up being bad info, that’s on me.

Damian Lillard to the Philadelphia 76ers 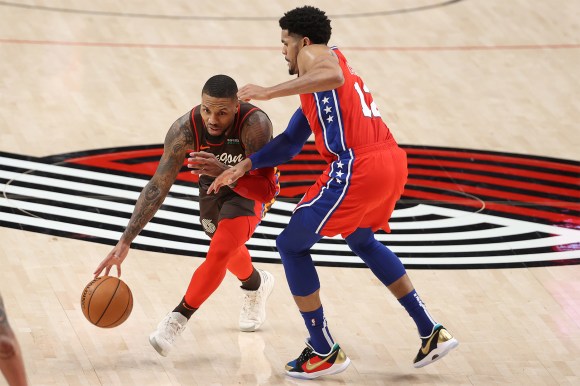 Portland would only do this if Dame demands a trade, and I’m honestly not too sure that he’s going to do that. That being said, if he does choose to get out of Portland, this trade gets him on a serious contender and nets the Trailblazers a serious return. Simmons might have been pretty rough in the playoffs, but I think playing for a rebuilding team that isn’t looking to win right away can take some of the pressure off him and help him develop his offensive game. Maxey is also a legitimately great prospect that I’m sure 76ers fans would have a rough time parting with. Pairing him with Simmons and the picks is a pretty strong deal that I’m not too sure any other team could beat.

For the 76ers, this is probably the move they’ll have to make, especially considering the lackluster end to their season. When you have the chance to get 2 superstars (Embiid and Dame) on the same team, you’ve got to take it. You could also see Portland throw in another role player that they’d no longer need if Dame was gone to sweeten the deal for the 76ers, someone like Robert Covington. 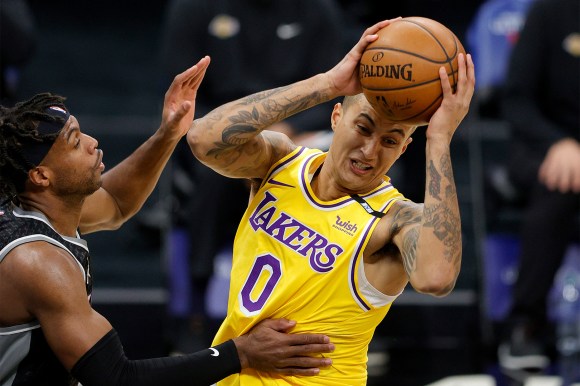 Second round pick from Hornets

It’s hard to make a 3 team trade that actually works for all parties involved, but I think I’ve done it with this one. The main man on the move here is Buddy Hield to the Lakers, who would add more spacing to a Lakers team that’s always looking for more. His fit next to Lebron would be very strong, so even despite a big contract I can see LA pulling the trigger.

It might be hard to understand the Kings side of this, but moving for Kuzma saves them over 20 million dollars over the next 3 years. There’s also been some frustration with Hield, as he’s failing to meet the expectations set by his contract. You could also argue that Kuzma could be better off in a new situation, but I don’t know if that’s worth holding out hope for. They would really just be clearing up some cap and getting a second round pick, which isn’t an awful deal.

For the Hornets, they help the money work and get a veteran center in Marc Gasol. I don’t think the Lakers should necessarily move off of Gasol, but it seemed at times that was the direction they were heading, so the Hornets could be a solid fit. Charlotte desperately needs new faces at the 5, so even if Gasol is just a rotational player it could be a nice pick up.

I’m going to be honest, I don’t understand the Cavs reports that they want to move on from Sexton. I understand that he and Garland might not fit together, but I’ve really liked what we’ve seen out of him lately. If they do have to move on from him, I see the Spurs as a team that would be willing to make a move to pick up the young guard. It’s no sure thing that DeMar DeRozan is back next year, so they could be looking for a young #1 scoring option, which is exactly what Sexton can be. Even if DeMar comes back, Sexton is still a great young player to build around.

The Cavs get a few things out of this move. Kevin Love is also being shipped to San Antonio in this deal, which helps clear up the cap for Cleveland. The Spurs send back Keldon Johnson, a solid defensive wing, which is something the Cavs are most definitely missing. On top of that, they throw in a protected future first to get this deal done.

Kemba Walker to the Miami Heat 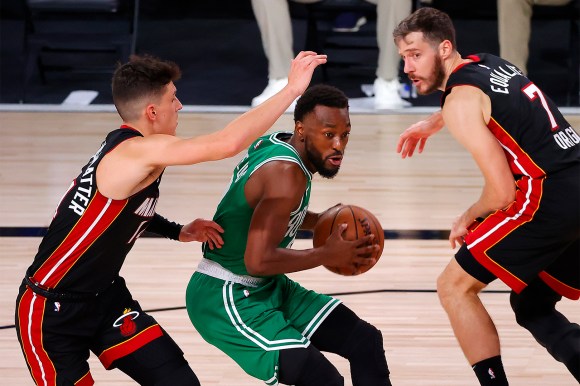 I’m not sure if I would make this trade, but the Heat might. They constantly look for ways to add talent without giving up young players or picks and this is certainly a way to do it. Kemba has his flaws: he looked rough with the Celtics, his contract is big and he’s injury prone, but he still has a lot of talent as a shot creator. Someone who can help run the offense is exactly what the Heat are looking for. Would it be shortsighted? Yes, which is why I would shy away from it, but that’s the type of move I see the Heat making. There’s no denying that the Heat are in win now mode.

The Thunder would be happy to do this trade as it gets them 2 expiring deals for Kemba’s long term contract. That would free up over 60 million dollars over the next 3 seasons. They would likely try to ship off Dragic and Iggy to a team trying to win now. This would probably be the last resort for the Heat as they’ll be contenders to land free agents like Kyle Lowry and Chris Paul. This might not be an earth shattering trade for either team, but if neither can find a better move it could be something they explore.

Harrison Barnes to the NY Knicks 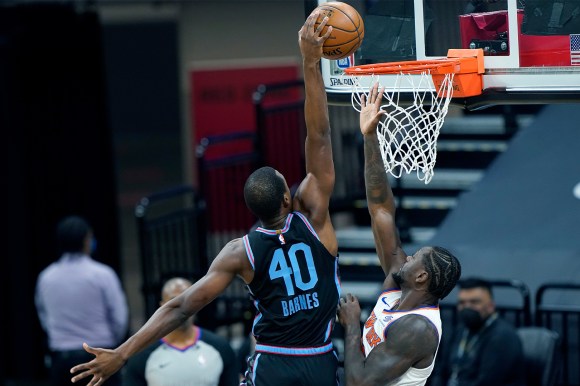 I—along with everyone else—want the Knicks to make a big slash in free agency, but if they can’t find a way to do that, I think picking up Barnes is a solid move. It wouldn’t surprise me if Barnes’ time is up in Sacramento, not because he’s played poorly, but because the Kings might be better off moving him for future assets. That’s exactly what they get here with a first round pick and Kevin Knox. Now, to be clear, Knox is not really the reason they would make this trade. They’d be doing it for the 1st. That being said, there’s nothing wrong with the Kings bringing him in just to see what he’s got.

The Knicks get a very solid wing to add to a roster that I think has a lot of good pieces, but still needs to be rounded out. New York’s offense seems to get stuck in the mud at times, so with Barnes they’ll get another good shooter and offensive creator. It might not be the flashiest move in the world, but they could do far worse.

Why Chris Paul is a Top 5 PG of All Time, According to Matt Sponhour
I’m Matt Sponhour, Here Are 4 NBA Trades I’d Like to See
The 15 Best NBA Teams of All-Time