The New York Red Bulls may have gotten away from their days of signing high-profile talents like Thierry Henry and Tim Cahill, but the club continues to produce an immense amount of youth talent.

With a group of strong young players led by Caden Clark and Cristian Casseres Jr. the Red Bulls have reason for optimism in 2022, and now that they’ve brought in another young face perhaps they can build off of last season’s playoff push.

The Red Bulls recently acquired Brazilian attacker Luquinhas from Polish giants Legia Warsaw and now the team has yet another promising threat that can add another layer to their front group. 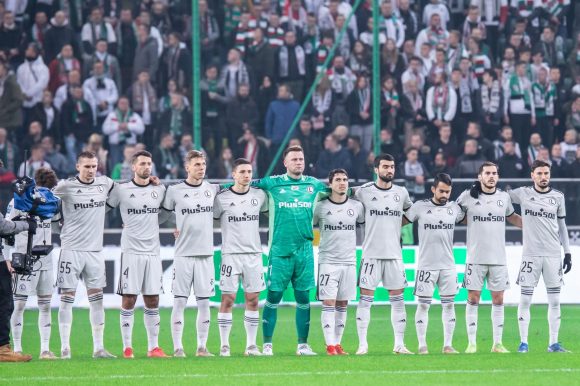 Luquinhas will join Clark, as well as strikers Tom Barlow and Patrik Klimala as the Eastern Conference side’s main source of attacking options this year.

ONE37pm takes a deeper look at the 25 year old and how he can help impact the club.

Luquinhas came up playing in his native Brazil and started out at local club Atlético Ceilandense before making a move to Portugal in 2014.

The attacker landed at Vilafranquense before getting introduced to Portuguese giants Benfica. Although Luquinhas never had the chance to make an impression with the first team, he was able to shine with Vilafranquense over a few seasons.

He found a home at Legia Warsaw for several seasons starting in 2019 and won back-to-back Ekstraklasa titles in 2020 and 2021.

Luquinhas is extremely impressive on the ball and despite his diminutive size the Brazilian can find clever ways to get away from pressure.

Although he’s primarily used as an attacking midfielder, Luquinhas also has experience on the wing, which will afford the Red Bulls different opportunities to use his creativity.

While at Legia Warsaw, the Brazilian made it a habit of putting defenses into dangerous positions by getting forward often and finding every way possible to get the ball at his feet.

The Brazilian will have a huge opportunity to help become a mainstay in the Red Bulls attack for future seasons, especially if he can build instant chemistry with Klimala.

Clark is expected to leave the Red Bulls once his loan from RB Leipzig expires, so that will give Luquinhas an even larger role with the MLS side.

The Red Bulls are gaining a much-needed talent in the midfield that will surely help their attack this season and beyond, and Luquinhas could follow in the footsteps of some talented short kings that have played great in MLS over previous years like Sebastian Giovinco and Luciano Acosta.