Ajax is loaded with young ballers on a yearly basis, but the current crop of talent with the Eredivisie giants continues to soar to new heights.

Ryan Gravenberch is one of the latest talents to make a significant impact for the Dutch side, and now the young midfielder is preparing himself for a move in 2022 to some of Europe’s elite clubs.

The 19 year old is coming off of a tremendous performance against Cambuur which included a goal and two assists.

ONE37pm takes a closer look at Ajax’s midfield master and how he’s building a strong resume ahead of an important summer transfer window.

The Dutchman has been with Ajax since 2010 when he joined the club’s youth academy and was eventually awarded the organization’s Abdelhak Nouri Trofee, which goes out to the top academy talent annually. 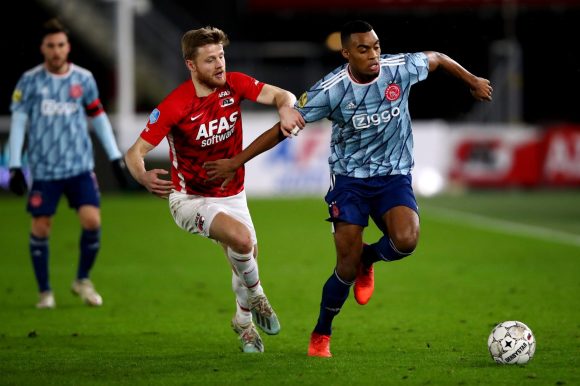 The Amsterdam native became the youngest Ajax player to ever feature after passing legendary midfielder Clarence Seedorf. Gravenberch was only 16 years old and 242 days when he made his first-team appearance in the Eredivisie.

Gravenberch’s older brother, Danzell, also has a history with Ajax after coming up through the club’s academy despite never appearing for the senior team.

The Dutch star is beginning to attract great attention and if Ajax can continue to progress in Champions League Gravenberch’s stock will only rise further.

Gravenberch and Ajax are currently leading the Eredivisie this season as well and that helps his case for moving into a bigger scene ahead of the 2022 World Cup.

With the Netherlands already qualified for Qatar, Gravenberch is expected to not only make the squad but can very likely feature in the midfield for the European nation alongside talents like Frenkie De Jong.