West Ham United hasn’t been a team filled with glitz and glamour during its time in the English Premier League, but it has shown that hard work will go rewarded.

Michail Antonio has taken full advantage of his opportunities in West London, becoming the club’s all-time leading goalscorer in the Premier League-era on Monday night.

The now-Jamaican international has worked his way up from the lower divisions of English Football to become a fan favorite at West Ham United.

Antonio’s hard work on and off the pitch has helped the 31-year-old forward get to where he is today and the Hammers organization has reaped the rewards with the club dreaming of trophies in both England and Europe.

“[I was] So relieved — first half I think I was over-doing it,” Antonio said post match on Monday. “I kind of let it affect me in the first half but second half I did the job. You have to try and be professional but I was trying to make history so it’s always in the back of your mind.

“The fans were still here singing 20 minutes later, the atmosphere is amazing, there’s nothing better than scoring and hearing the roar of the fans. We’ve got the squad, and consistency and all we can do is keep getting the points. We’ve never been top of the table in my seven years here so I’ll enjoy that.” 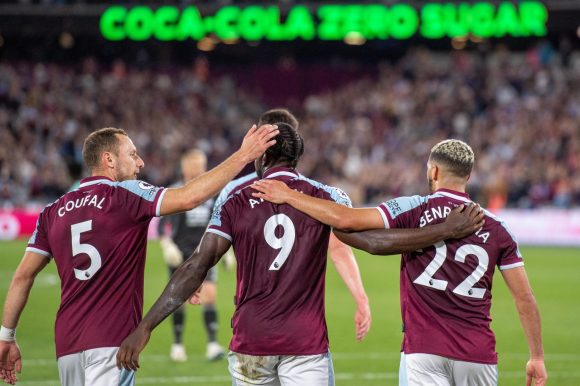 The Hammers moved to the top spot of the Premier League table thanks to Monday night’s victory, albeit the season is only two weeks in.

David Moyes has led West Ham into this season’s UEFA Europa League after last season’s sixth place finish and has watched Antonio continue to play a key role for the club, whether he is contributing goals, assists, or leadership in the locker room.

Antonio broke into the Premier League as a winger, but since has moved to the forefront of West Ham’s formation thanks to a combination of physicality and pace.

The English native is coming off back-to-back double-digit goal seasons across all competitions and already has three in his back pocket through wins over Newcastle United and Leicester City. With European play starting up in September and the Hammers facing tougher opponents in the near future, Antonio will need to be at his best to help the club stay in the limelight.

“His goals are typical Mich,” Moyes said about Antonio’s goals. “He can score so many. I didn’t think he made the right choices in the first half but in the second half he was different class.

“He’s only been at centre-forward for the last 18 months or two years. He’s gone on from there and he’s looking a real handful,” Moyes said. “His all-round play has improved so much.” 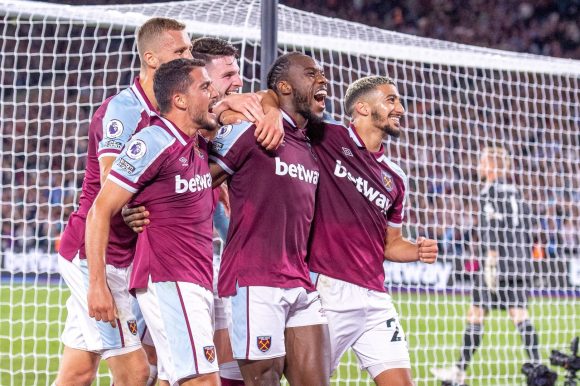 With 182 appearances and 49 goals under his belt, Antonio looks anything but an aging veteran in the Hammers squad, being a pest in the final third and clinical when given an opportunity towards goal. Now the goal for the forward will be to deliver on the international stage for his Jamaica as the Reggae Boyz start a new cycle of World Cup Qualifying.

Antonio obtained his passport and can represent Theodore Whitmore’s side this September as Jamaica faces off with Mexico, Panama, and Costa Rica in a trio of September qualifying matches.

Jamaica still remains behind the U.S. men’s national team, El Tri, and several others in the Concacaf pecking order, but Antonio’s inclusion to the squad will certainly add a bit of spice to the race for a spot in Qatar 2022.

West Ham fans will hope that the energetic attacker can continue his good run heading into matches against Crystal Palace, Southampton, and Manchester United.