Mixed Martial Arts (MMA), like boxing, has many weight classes. While the UFC may only have 11 total between their men’s and women’s divisions, the types go a little deeper than that when looking at the sport as a whole. So, for MMA fans looking to broaden their horizons, here is a list of the weight classes in MMA and where you can watch them. 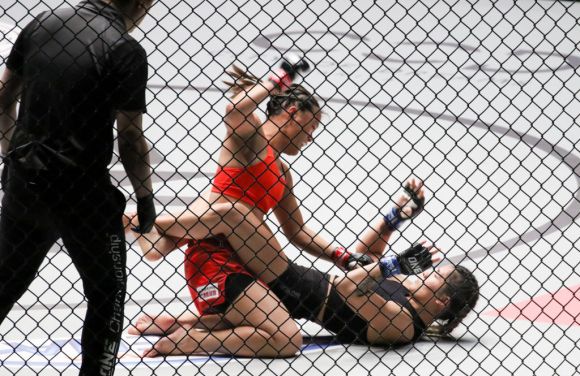 Not a weight class found everywhere but Invicta FC and One Championship both have a weight class for women of 105 pounds. While it might seem like a no threatening weight class, make no mistake these women are as tough as any other MMA fighter out there. 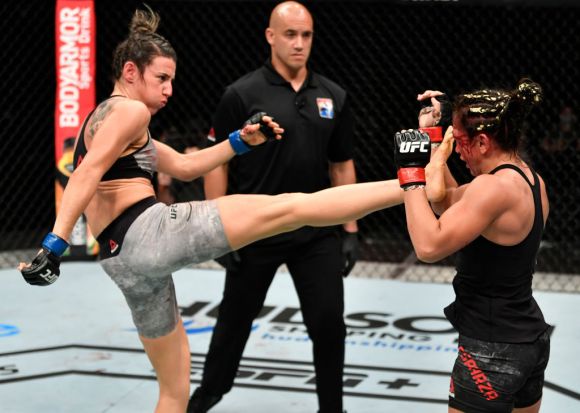 This weight class has been very entertaining in the UFC. Rose Namajunas, Joanna Jedrczyk, Weili Zhang all have put on fights worth rewatching. So the strawweights are worth keeping an eye on and once again, many come from Invicta FC, One Championship or Rizin Fighting Federation. 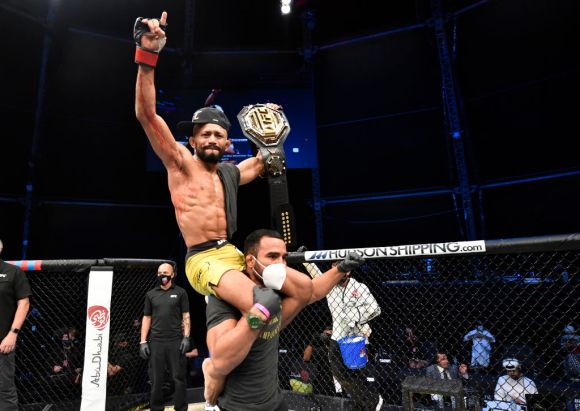 Things start to open here for both men and women and if you are looking for high paced action in MMA this is certainly the division to find it. It is hard to mention the division without bringing up Demitrous Johnson who held the flyweight title for the longest time in the UFC before losing to Henry Cejudo and going to One Championship. For the ladies, the current Queen of the flies is Velentina Shevchenko in the UFC and for Bellator, Ilema-Lei MacFarlane. 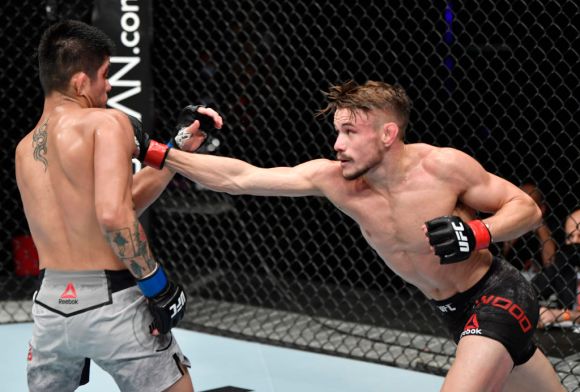 There are weight classes in MMA that seem to be very busy and as we move up the scale, the bantamweight class is certainly one of them. The UFC just got their vacant men’s bantamweight Champion position filled by Petr Yan, while their double champ in Amanda Nunes holds the title for the women. Kyoji Horiguchi was both the Bellator and Rizin bantamweight Champion before having to vacate both titles due to injury. 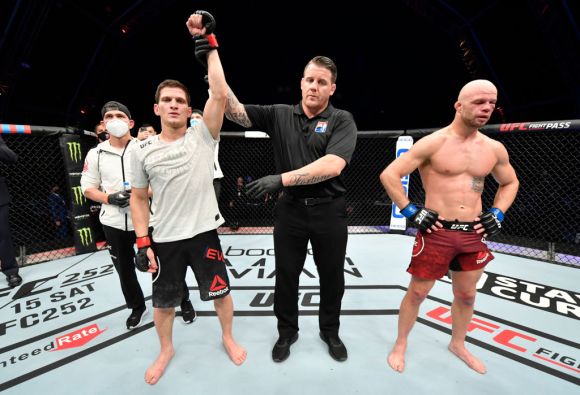 Jose Aldo, Conor McGregor, and Max Holloway are notable featherweights that have brought a lot of eyeballs to this weight class in MMA. For the women, Amanda Nunes holds the title in the UFC while Cris Cyborg is the current featherweight champion in Bellator. 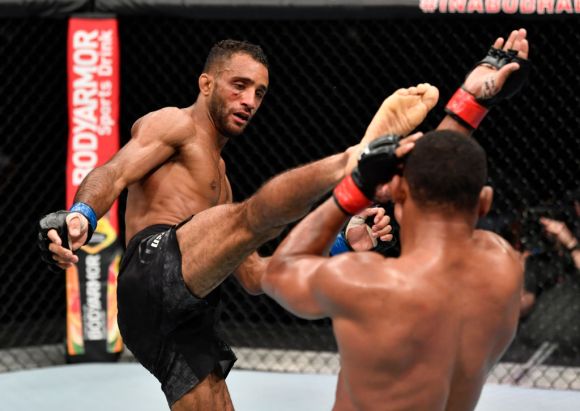 If a shark tank exists in the sport of MMA it would be for the 155-pound division. Undefeated UFC lightweight champion Khabib Nurmagomedov is probably the most notable fighter in the weight class. Contenders like Justin Gaethje, Tony Ferguson, and outside of the UFC Bellator’s Michael Chandler keep the weight class very busy. For the women, the weight class only exists in the Professional Fighters League with Kayla Harrison winning the first title for the 2019 season. 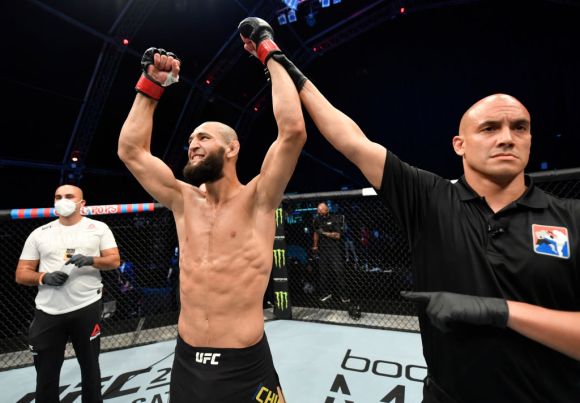 This is the weight class that was recently featured for UFC 251. Kamaru Usman defended his title against Jorge Masvidal but the welterweight division has many dangerous names across the board. Douglas Lima who not only is the champion in Bellator but won the welterweight tournament last year to cement himself as one of the best 170 pound fighters there is. 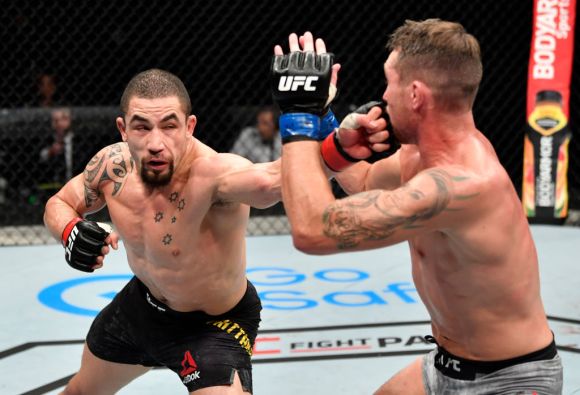 This is the weight class Anderson Silva is associated with in the UFC. At just under 200 pounds the fighters in this weight class are big enough to be powerhouses like Yoel Romero, or entertainingly dominant like current UFC middleweight champ Israel Adesanya. They’re just the right size to deliver highlight reel knockouts or great back and forth wars in the cage. 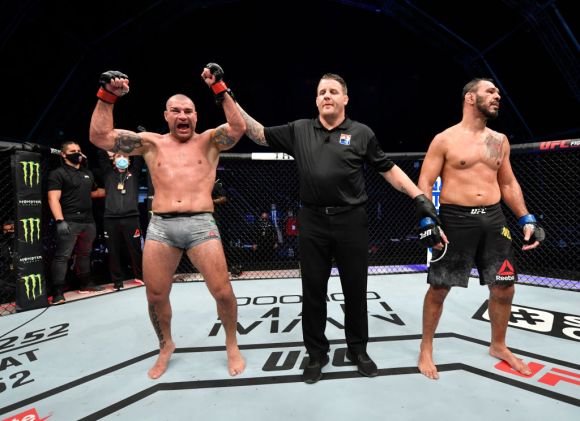 Jon Jones, Daniel Cormier, Chuck Liddell, Tito Ortiz and many other rivals in the UFC are from this weight class. It truly is one of the legendary weight classes in the sport. Some fighters like Daniel Cormier in the UFC and Ryan Bader in Bellator have been both heavyweight and light-heavyweight champs carrying the weight of two very heavy crowns. 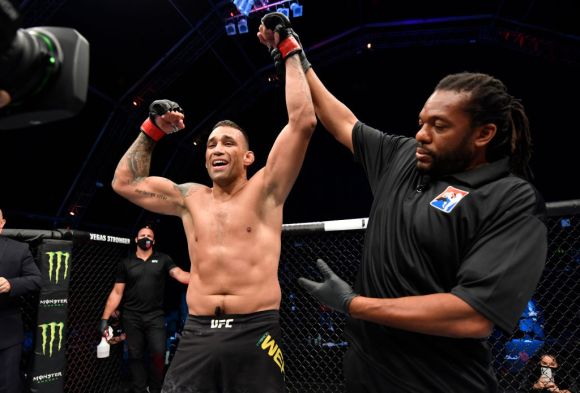 Just like in boxing, the heavyweight champ is the baddest boxer on the planet. So, for MMA which is the closest to a real one-on-one fight based on their ruleset, the heavyweight champ is the baddest man on the planet. Even ESPN’s Max Kellerman agrees with that sentiment. Current champs are; for the UFC Stipe Miocic, for Bellator MMA Ryan Bader. Miocic and Cormier are 1-1 against each other and are scheduled to settle who the true champion is in August.

Who Are The Current UFC Champions?
The 17 Best UFC Fighters Of All Time
Bellator Vs. UFC: How The Two MMA Power Houses Stack Up