One. More. Month. That’s about all we have left before playoff time, which means it’s time to get down to the nitty-gritty. Teams are battling for their spots and looking to clinch, which means we’ve got an interesting few weeks ahead of us. Before we get into that though, let’s dive into the latest announcements from this week. 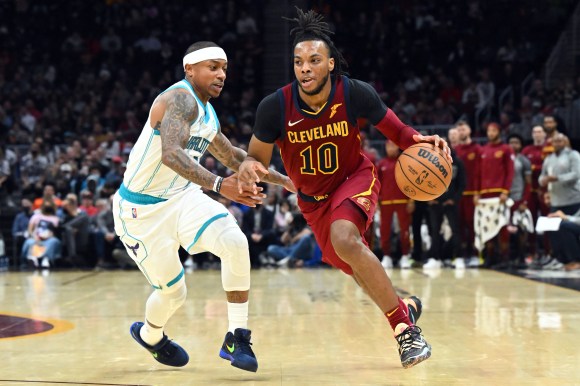 Isaiah Thomas earned this week’s “Player of the Week” honors, averaging 41.3 points, 6.3 assists, and 5.7 three-pointers made. Thomas was a human highlight reel this past week, and it paid off as the point guard just signed a 10-day contract with the Charlotte Hornets. Thomas made his Hornets debut this past Wednesday, scoring 10 points, 5 rebounds, and 3 assists versus the Cleveland Cavaliers.

In other news, Nik Stauskas of the Grand Rapid Golds has been on a crazy tear lately, combining for 100 points in his last two games. This makes Stauskas the second player in G League history to score 100 plus points during a two-game span, and the first player in G-League history to achieve that feat back to back.

All the way over in Salt Lake, Carsen Edwards notched his career-high of 46 points versus the Iowa Wolves, and the Raptors 905’s newest addition, Svi Myhkailiuk, had an excellent debut against the College Park Skyhawks with a whopping 40 points.

It should come as no surprise that Craig Randall II was named February’s “Player of the Month.” Randall has been sensational, peaking at just the right time as Long Island is looking to hold onto their playoff spot. The Nets should be okay, but Grand Rapids Gold and the Westchester Knicks aren’t that far behind them. One thing’s for sure, the Nets are going to need Randall to keep playing at this high level as we enter the final stretch.

Well, the Motor City Cruise are certainly cruising, winning eight out of their last ten games. The Cruise currently hold a 15-5 record in the Eastern Conference, but the degree of separation is quite slim in this conference. The Cruise will definitely be making the playoffs, but they also will want to hold onto that number one seed.

That’s gonna do it for this week’s roundup. We’ll be back next week with another update.