In August, the NBA announced that some teams would pay homage to classic squads by sporting nostalgic threads that helped build the foundation of the franchise. As the NBA continues to heat up, certain fans have been lucky to relive the golden days of their favorite franchises, as teams have occasionally swapped out new threads with timeless throwback uniforms. Two months into the season, iconic uniforms were revived. Young fans got to witness how dope these uniforms are, and seasoned fans get to remember how much of an effect the clothes had on the game. It makes you wonder what other hidden gems these teams have in the treasure chest of dope threads that could bring back the golden days of NBA hoops.

There have been three moments in this season that would make basketball fans of the ‘80s and ‘90s proud. These examples properly show the new generation of fans what NBA hoops looked like in their prime. Here are our favorite throwback jersey revivals. 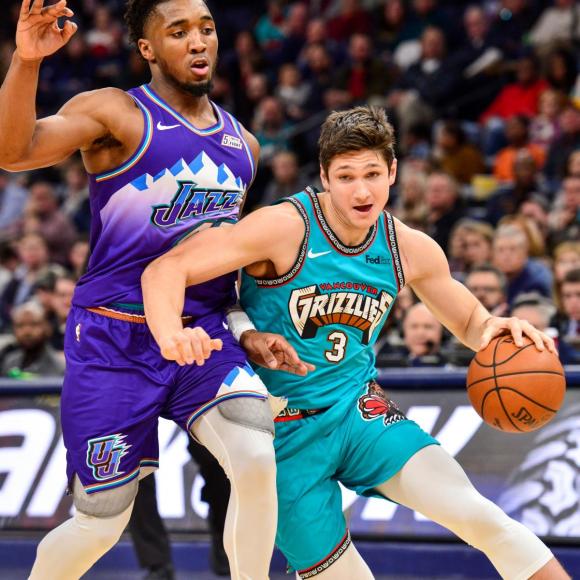 On paper, the Jazz and Grizzlies looked like a convincing match of the league’s brightest stars: Donovan Mitchell and Ja Morant. Although they were losing by 15 at halftime, Memphis couldn’t seal the deal, and the Jazz came out victorious. Both squad’s uniforms caught the eye of many fans, as they turned back calendars to the year 2000. The Jazz sported their iconic purple/glacier blue away uniforms that represented their glory days of the Malone/Stockton era. Meanwhile, the Grizzlies rocked the nostalgic turquoise away jerseys that reminded die-hard hoop fans of the team’s humble beginnings in Vancouver.

Somewhere in America, Shareef-Abdur Rahim and Mike Bibby are smiling from ear-to-ear at the groundwork they put into creating this amazing moment for the new age of ballers who may have forgotten about the Grizzlies hooping in the 604. But most importantly, the hardwood court layout creates a moment and sends an unofficial “thank you” to the man who became the franchise’s first superstar/ambassador: “Big Country” Bryant Reeves.

This new Cavs squad is in its pre-teen stage as they search for their swagger post-LeBron. With a new coach who is used to winning, John Beilein leading the way—and vets who have championship experiences like Tristan Thompson and Kevin Love—the future looks bright for this young core meshing together at “the Land.” But sometimes, teams need friendly reminders of when there were forces to be reckoned with during the era when every team had a chance to sneak into the playoffs. So what better way to remind the league and fans that they weren’t slouching by taking it back to 1997.

The Cavs rocked the classic yet forgotten black/sky blue away jerseys from the 1997-1998 fifth seed in that same season. What was the end result for this year’s squad in paying homage to coach Mike Fratello and the company? An impressive 110-104 win over the playoff-contending Portland Trail Blazers.

The way they showed up that night dominating in those uniforms makes Cleveland fans think of the days when Shawn Kemp, Zydrunas Ilgauskas, and Bob Sura used to light up the scoreboard in the vintage Gund Arena. In fact, they might have just found their good luck charm in classic threads. Be on the lookout for the next time they rock those unis. 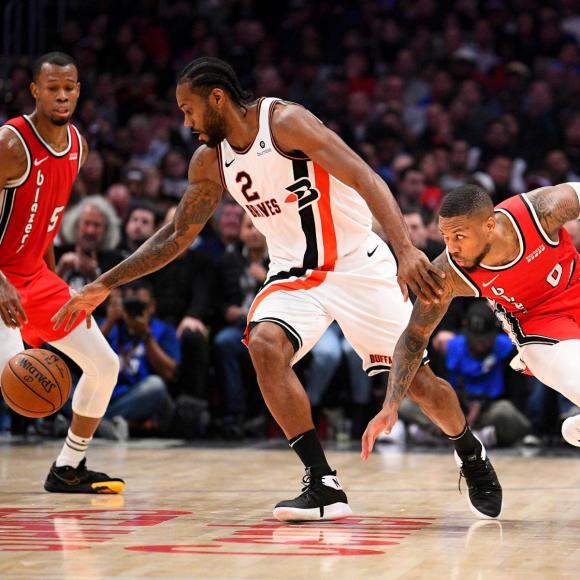 The LA Clippers are one of the league’s best teams and are considered heavy favorites to make it into the NBA Finals in June. When picking up two key players such as Paul George and Kawhi Leonard, you have every right to switch up the on-court swag—something the Clippers executed when they faced off against the Portland Trail Blazers on Dec. 3. They took it way back to when they weren’t even known as the LA Clippers. They sported the classic white/orange/black colorway of the Buffalo Braves—an NBA franchise that lasted from 1970 to 1978. Hall of Famer Bob McAdoo won an NBA MVP award sporting these unis. The squad even had fellow Hall of Fame hoopers Moses Malone, Adrian Dantley, and coach Jack Ramsey.

The Clip Show was looking like the ‘75-76 Braves as they completely dominated their opponents en route to a 20-point win.

Don’t be surprised if owner Steve Ballmer and head coach Doc Rivers continue to use these unis to reinstate some of the winning roots the organization embodied on the road to Tinseltown from Buffalo.