Playoff football is simply the best. Good teams battling good teams. Anything can happen – truly. Are 10 points too much for the Chiefs? Can the #1 ranked Rams defense stop the #1 ranked Packers offense? Will Tom Brady crumble under pressure? I have some thoughts. 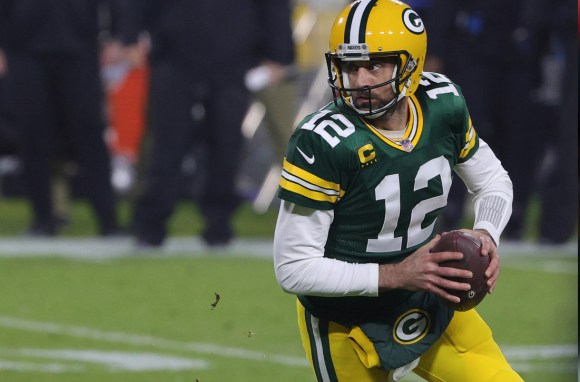 Right off the bat: we have an unstoppable force meeting an immovable object. Who wins?

The Rams defense is FIERCE. We know this.

The Packers offense is FIERCE. We know this.

Aaron Donald & Jalen Ramsey have shut down just about everyone they’ve seen this year.

Aaron Rodgers is WINLESS in his last 4 starts against the team with the #1 ranked Total Defense (hint: It is the Rams).

I don’t think the Rams offense will be able to hang. The Rams offense on paper and even looking at Yards/Play is certainly above average. They’re ranked 10th in overall DVOA, but that POINTS PER PLAY stat is alarming.

Sub .350 is mediocre at best in the NFL: it ranks them at #23 just in front of the Patriots, the Broncos.. and just behind the Bears, the Cowboys… yikes!

The Rams also have major issues in the red zone, scoring only 57.38% of the time (#19 in the league). Green Bay? 80%, #1 in the league. Meanwhile, the Packers’ defense is surprisingly BETTER at holding opponents out of the end zone than the Rams, ranking #8 to the Rams #12.

These numbers above tell me that the Rams offense is what won’t cover the game for them. I expect an ugly game, one in which the Packers slowly grind out to a win and cover. 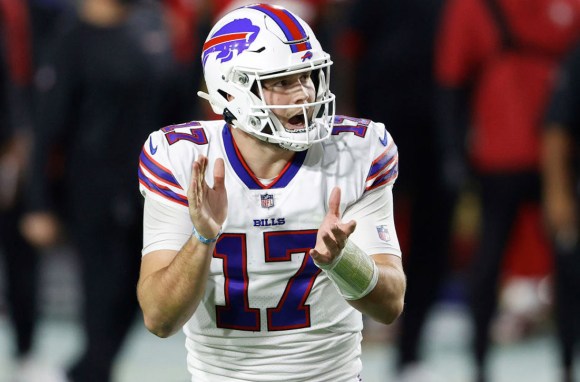 Circle the wagons I am on the BUFFALO BILLS!

Facts: these are two of the hottest teams in the league. Lamar has finally logged a playoff victory, and he’s having fun out there, which is a dangerous Lamar Jackson. Alas, let’s hit the data:

Good golly – we have some VERY close statistics here as well. Looking at yards/play and points/play, we 100% give a slight lean to the Bills on offense and a stronger lean towards the Ravens.

The X-Factor here for me lies in the art, rather than the science, of the analysis.

Looking at both of these teams, the Bills simply have more ways that they can win. Through the air or on the ground, Josh Allen has gotten it done no matter what.

An interesting game that I reviewed was the Bills vs. Titans. The Titans, of course, are a run dominant team with an above average QB, not dissimilar to the Ravens.

The result of that game? 42-16 Titans win. However, the scoreboard doesn’t truly tell the story.
The Bills sold out to stop the run, limiting Derrick Henry to only 57 yards (3.0 YPC). I expect a similar game plan this weekend.
The difference, to me, is that Tannehill was incredibly efficient, completing 75% of his passes, throwing 3 TDs, and rushing for another.

THIS is where I see the difference: I don’t trust Lamar Jackson to be able to put up those type of numbers through the air.

The Bills committed 4 turnovers in that game and had 10 penalties – one of their worst outings in both categories all season. The Bills and the Ravens are tied 10 in terms of turnover margin (+4), and as such, I am not baking in a similar lopsided turnover result.
With Weighted DVOA stats (looking at more recent efficiency), the Bills rank #1 in the league compared to the Ravens #7.
Both are great teams. Both are hot at the right time.

With more ways to win a game, especially come back if behind, I’m taking the Buffalo Bills -2.5 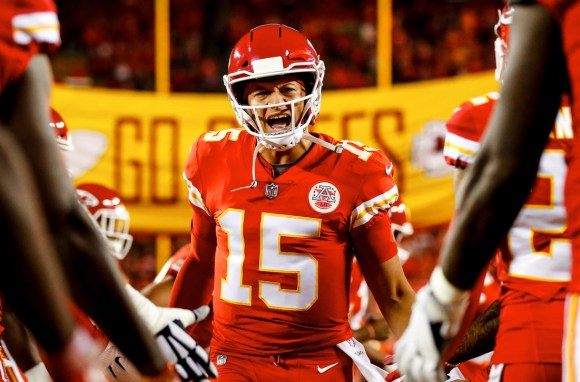 The fun is OVER for the Browns.

Looking at yards per play and points per play without the context of overall efficiency points us to the BROWNS getting 10 points.

HOWEVER, combining those stats with the 12 ranking delta in overall team efficiency?

These are BIG discrepancies!

Yes, the Browns blew out their divisional rival, who now seems like the most overrated team in the league (11-0 start, 1-4 finish).

The Chiefs won’t gift the Browns 7 to start the game. Mahomes won’t throw 4 INTs. The Browns feasted off mistakes that the Chiefs don’t make.

Chiefs are also DUE to cover, not covering their last 7 games. 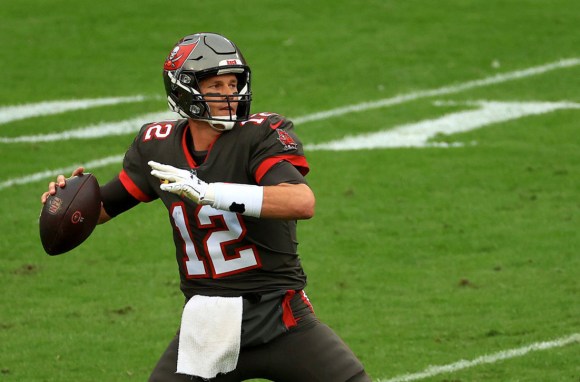 Tom Brady in his third matchup against the Saints after getting blasted in their first two? I’m BUYING.

When we think about recency bias, I think it is a merge both ways: The Bucs offense had been their weakness, mainly around inconsistency, but since they got blasted by the Saints, they’ve found some rhythm.

Brady under pressure is a big concern.

Tom Brady ranked 20th in quarterback rating under pressure (54.5) this season, with a 4/5 TD/INT ratio and finished 23rd in completion rate (43.8%) under duress.

Brady has been sacked at least 3 times in only 5 games this season: 2 of those were against the Saints, where he threw for less than 240 yards both times. Yikes.

HOWEVER, he’s been sacked 3 times since those two matchups: against the Falcons where he threw for 390 yards (more than 250 of those in the 2H, to talk about the inconsistent offense), and 3 times against WFT, who has one of the strongest D-Lines in the league, where he threw for 381 yards. Has Brady perhaps found peace in the pressure?

Other merge is the return of Michael Thomas. He looked great last week. This of course increases the offensive rankings for the Saints.

Nonetheless: the stats are just about even. The line I am perceiving as weak. Therefore, I am taking the points. Bucs +3.

These Are The 31 Best Undrafted NFL Players of All-Time
The Top 10 Longest Winning Streaks in NFL History
These Are The 30 Best NFL Stadiums, Ranked