Here to bring you the latest and greatest professional sports gambling breakdowns. Find me on Twitter @the_odds_fellow for even more updates, picks, and insights.

If you missed our NFC East breakdown check that out here.

In this 8-part breakdown, I’ll focus on win totals (over/under) for each team and division winner futures with some value, in this edition we’re focusing on the AFC South.

The NFL season is now 77 days away… we hope. 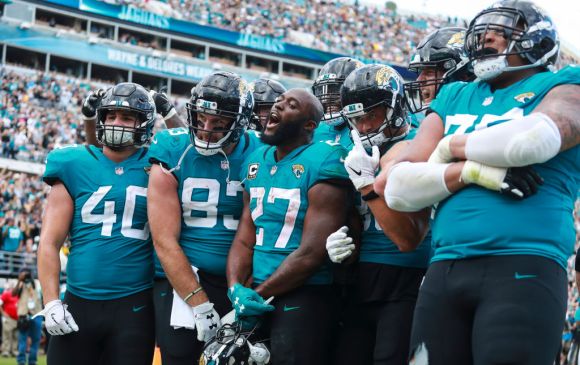 Following their 2017 AFC playoff run (after winning the South) the Jags went 5-11 and 6-10 in 2018 and 2019, respectively.  With results like that, I’d expect to be writing about a new coach, but instead, the Jags moved on from the authoritarian President of Football Ops, Tom Coughlin, and decided to give Doug Marrone another shot. At least we might get a few more Marrone appearances on Barstool’s Pardon My Take podcast, right?

Although the Coughlin firing is important for the franchise to move forward (the NFL Player’s Association actually warned players about signing there due to excessive fines and player grievances), the depth on the roster is lacking. The void starts with QB, where Gardner Minshew rolls into his second year without competition or mentorship. The Jags also did little to address the skill positions besides signing Tyler Eifert in the off-season.  Now their offensive success largely relies on the young QB and break-out seasons from either Fournette and/or Eifert, both who have struggled with consistency. I love Minshew Mania and his mustache, but that won’t be enough.

The defense carried the load during the previous playoff run, however, that unit took significant steps back ending 2019 29th in Overall Def. DVOA.  The team was forced to trade defensive leader A.J. Bouye (CB) due to salary cap constraints and although Myles Jack can still be a force in the middle of the field, the young LB still has a lot to prove after signing his 4-year extension.  Next up; try to recoup as much value as possible for disgruntled DE Yannick Ngakoue and ensure the growth of 1st round draft picks CJ Henderson (CB) and K’Lavon Chaisson (DE) who will benefit from playing time in 2020.  With the rebuild on both sides of the ball in full effect, you can expect Jacksonville to be picking in the top 3 in the draft as they go under the total. ​​​ 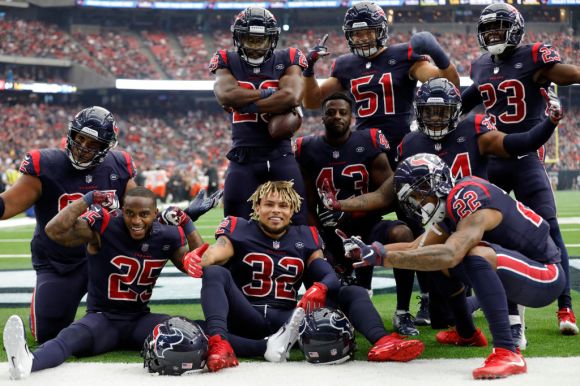 I’m going to start by saying there’s probably a reason why only three NFL teams have a head coach moonlighting as general manager, right?  Besides Belichick in New England, these experiments often fail, and Bill O’Brien is the latest example, having been appointed to GM in January 2020. While there is speculation from within the organization of tension stemming from the Hopkins-O’Brien relationship, the haul received for their star wideout simply wasn’t enough. That may change if David Johnson can make an impact on the field, but the RB had 94 rushing attempts in 12 games last season (benched due to struggles/injuries) and may be on the wrong side of the position’s short-lived prime in today’s NFL. He’s not the only injury risk either, as their new #1 WR, Will Fuller, has missed time across his first four seasons (2, 6, 9, and 5 games, respectively).

Combine the offensive concerns with a returning defense that ranked 26th in 2019 Overall Def. DVOA and a strength of schedule (“SOS”) tied for 8th toughest and you have a recipe for disaster.  It’s a shame more DeShaun Watson magic may go to waste, but as 5-6 teams turnover per year in terms of the NFL Playoff picture, you can take the Texans and their 6-7 wins to miss the playoffs all the way to the bank.  2020 may not even be rock bottom though; when you consider the Johnson contract inherited along with the other off-season signings, the new GM is not setting this franchise up for short-term or long-term success.  And remember that Watson’s contract extension is up next while you’re locking in the first AFC South best bet with me. 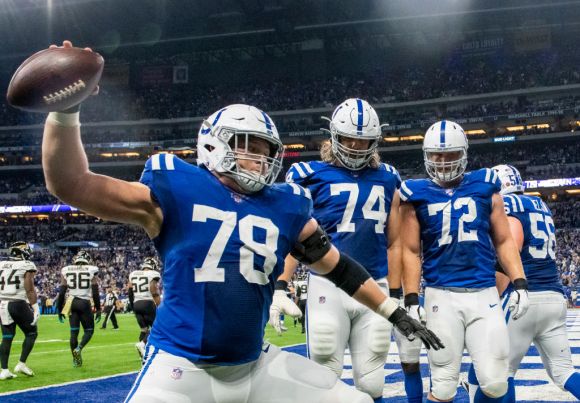 Perhaps you’re a Texas hold ‘em poker fan? Even if you aren’t, the Colts’ front office has you covered by going all in this off-season. Let’s start with the offense where there’s a few new toys ready to take a spin around the track in the city known for the Indy 500. The keystone was an upgrade at QB, where Phillip Rivers brings experience and fiery leadership. Since Rivers is 38 years young (two-year deal), the team wasted no time building the arsenal. To bolster both the WR and RB position, the team drafted Micahel Pittman Jr. and Jonathan Tayor with their two second-round picks, a pair of skill position players that will nicely complement T.Y. Hilton and Marlon Mack in each position group. Another more underrated move was convincing LT Anthony Castonzo to delay retirement helping to solidify the 3rd ranked offensive line from 2019 per Pro Football Focus.

Not convinced after the offensive changes? Well, they may have overpaid, but the Colts also made a defensive splash, adding DeForest Buckner at DT in a trade with the Niners. Overall, the Colts seized the opportunity to improve an already talent-rich roster that ground to a 7-9 mark last year despite the late Andrew Luck retirement. Add in the benefit of two games against weaker division opponents in Jacksonville and Houston, and the Colts Over 9 wins is another one of my best bets heading into the 2020 season. 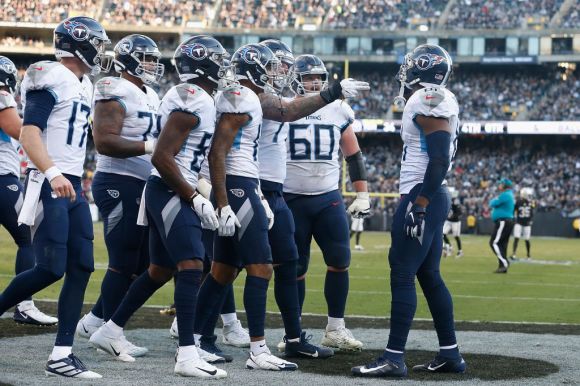 How do you top an unforgettable post-season run the following year?  Well if you’re Ryan Tannehill and Derrick Henry (franchise tag), it starts with getting paid, but I’m not confident the rest of the magic will be there.  With Tannehill taking the starting reins in week seven, the Titans went 7-3 down the stretch to finish 9-7 before winning two road playoff games.  Impressive, yes, but not sustainable. Don’t forget that only two of the seven wins came against playoff teams including a meaningless week 17 game for the Texans, who had already clinched the division title.

Besides the schedule factor, another key behind my expectation is defensive scheming; teams will continue to stack the box to stop the Henry freight train forcing Tannehill to win games from the jump. Although the signal-caller had his best season statistically last year, I don’t anticipate teams to allow Tannehill 15 or less passing attempts per game (the recipe for success in both road playoff W’s). And by forcing Tannehill to put the ball in the air, I expect to see more of the six inconsistent, injury-plagued Miami seasons than the 2019 fluke. Working against me of course is the aforementioned Henry, who put a ton of miles on the tires en route to leading the league in rush attempts with 386 (a whopping 85 higher than Zeke in second). That number doesn’t even include the 83 attempts he had across the three 2019 playoff games. The success of the Titans, much like their cap, is tied up in these two players.

The final piece of the equation is a schedule that appears tougher than their 20th ranked SOS currently depicts. Opening in the altitude of Mile High, the team also plays three tough road games at Minnesota, Baltimore, and Green Bay (this last one on the frozen tundra in December). In general, the AFC North-AFC South match-up dynamic will likely prove tough for all of the South teams given the anticipated strength of the AFC North. Add all of this up and it equals a disciplined team that will fight, grind but still fall short of their win total. 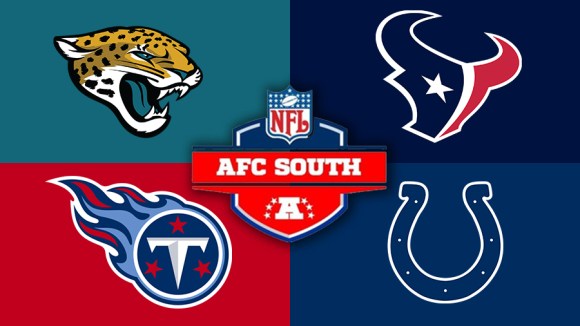 If I picked 3 unders and 1 over then you can probably already see where this paragraph is heading. Yes, they are a favorite, sitting in the +125 range, but the Colts are superior-top to bottom compared to their other three division opponents. Outside of the playoff experience gained last year by the Titans’ roster, the division also doesn’t have veteran leadership that can rival what Rivers brings to the table. If the seasoned father of nine can squeeze out another one to two years in the league then he should be putting on a division championship hat by the time these 17 weeks are in the books.  What could go wrong though? That would be Rivers continuing the poor gun-slinging from last year when he threw 20 INTs compared to his well-balanced 2017 and 2018 performances, producing TD: INT totals of 28:10 and 32:12, respectively. Quenton Nelson (2x All-Pro Guard) can help with the protection and let Rivers and the new weapons do the rest during this upcoming season.

Good luck with your AFC South picks. We’ll be back soon with another division breakdown and potentially a few team-specific deep dives.

Remember to always do your homework by shopping for the best available odds and lines. The real edge in long-term betting success comes from identifying value and making every dollar count.

NFL 2020: Division Breakdown and Best Bets
How to Play Fantasy Football If You Don’t Know Anything About It and Don’t Really Want to Learn
How Thanksgiving Became the NFL’s Best Friend