The 2021 NFL Draft took place last week in Cleveland, Ohio and the annual event has gained a cult-like following in the United States.

As always, the draft is highlighted by the first round, where 32 of the best college players heard their names called and will soon live out their dreams of playing in the NFL.

But what if the Premier League had a draft?

It’d be interesting to see what would happen if the 20 top-flight English clubs had their chance to call the names of the best young players in the game, right?

The format for this draft would be just like the NFL Draft, where the worst team receives the top pick and then each team follows based on record.

The biggest difference would be there’s no relegation in this draft, so Sheffield United, West Bromwich Albion, and Fulham are safe for this exercise and won’t be headed for the Championship.

All 20 teams in this current 2020/21 season will have first round picks that could make or break them heading into the 2021-22 season.

The only caveat in this draft is that all players selected must be 23 years old or younger, and cannot currently be in the Premier League.

Without further ado, the draft is underway. Sheffield United is now on the clock. 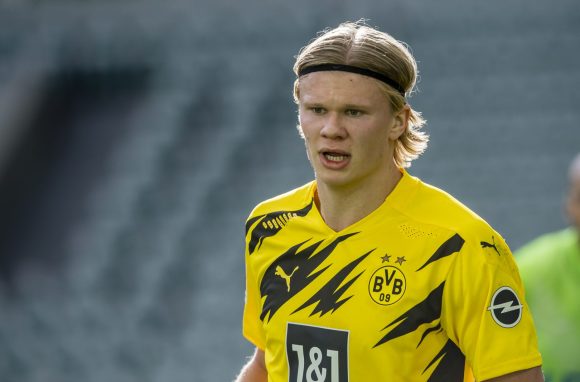 The Norwegian has wreaked havoc offensively in his early career, and he may even have the ability to make Sheffield United one of England’s best squads. 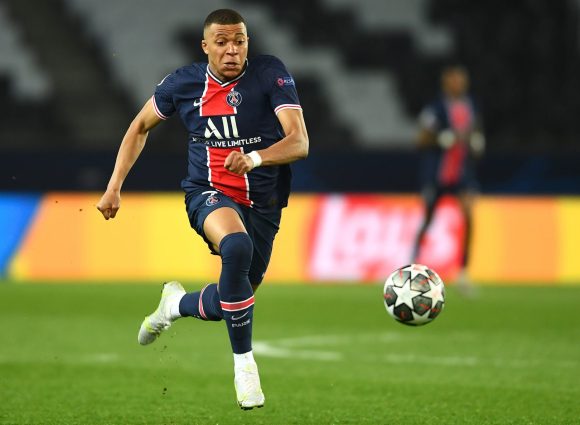 The Baggies had their decision made for them after the Blades chose Haaland. Mbappe is one year older than his Norwegian counterpart, so it’s splitting hairs between two generational talents

The Word Cup winner has skyrocketed to the top of football, and even outplayed Neymar to become the “Golden Boy” of Paris. It’s an easy No. 2 pick for the Baggies. 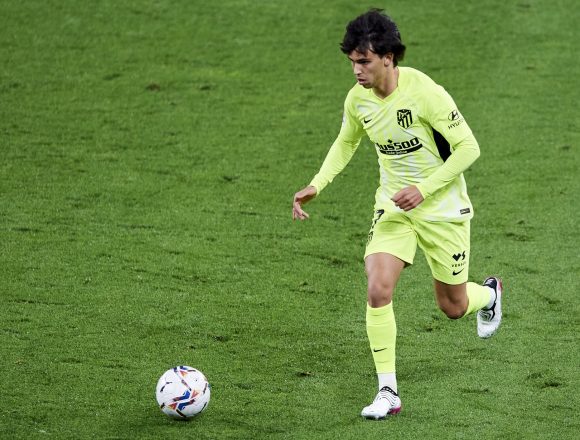 Another goal-scorer taken. There’s a significant drop in media hype after the first two selections, but the Portuguese forward is a Swiss-Army knife with all the makings of an elite player.

It wouldn’t come as a shock to see him in the discussion as the best player in the world in a few years if his goal-scoring ability continues in the Premier League. 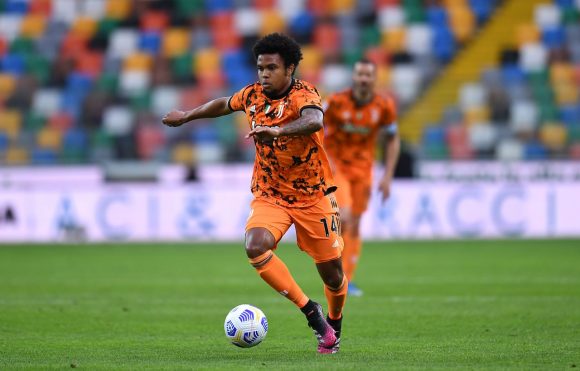 Brighton need a game changer in the middle of the park, and few young players have the game-changing qualities that Juventus midfielder Weston McKennie possesses.

The man from Little Elm, Texas, has made quite a journey in professional football. He fit in seamlessly at Juventus, and would be the main building block for a Brighton side that barely escaped being in the bottom three. 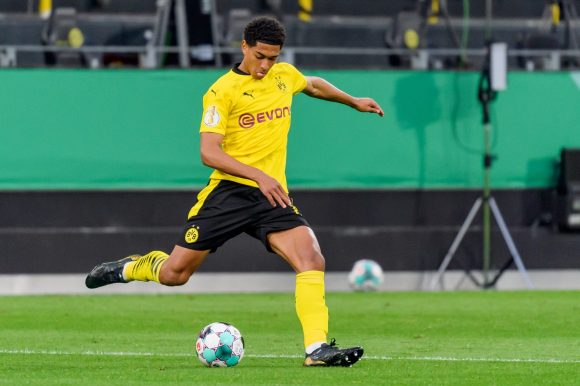 No player’s stock has risen as much as this 17 year old. Bellingham made his way from Birmingham to Dortmund back in July 2020, and has been improving ever since.

He has a strong chance at getting an opportunity to play for England in the Euros this summer. 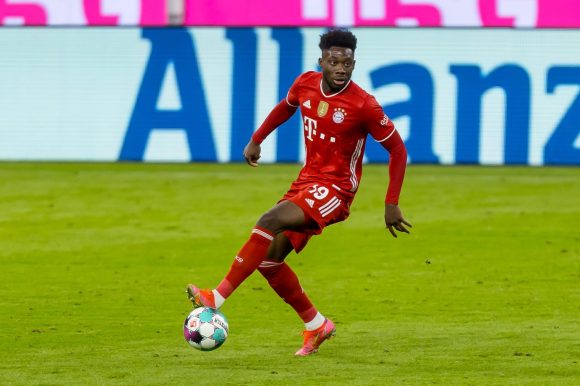 The highest drafted Canadian football player in the NFL Draft was Tony Mandarich, who was drafted second overall in the 1989 NFL Draft.

The Canadian international and Bayern outside back becomes the highest drafted Canadian at the sixth spot for the Saints.  Davies gives the Saints something they have none of at the moment; excitement from the back.

Southampton’s strategy the entire year has been to get the ball to Danny Ings, but they didn’t have any stars to give him the ball. Now they do with Davies in the outside back position. 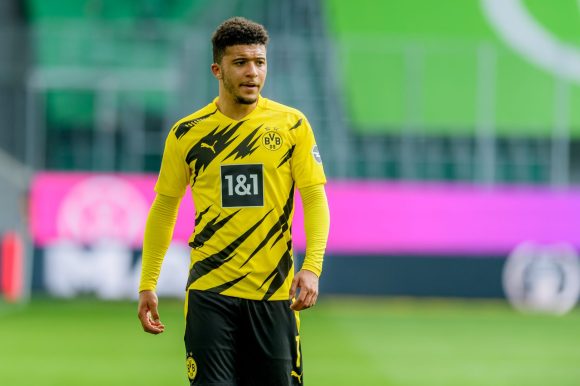 Had this draft taken place 2 years ago, many would’ve had Sancho as the #1 overall pick. The British forward has had his ups and downs at Dortmund, but his upside is out of this world.

Burnley are a stout defensive team. They don’t make too many mistakes, but they lack a true star upfront. Sancho would bear a heavy burden of the offense, but he’s the type of player who would relish in the opportunity for Burnley. 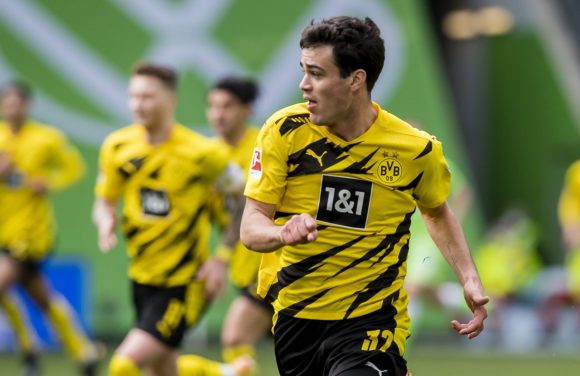 Another young American is taken off the board (not a shocking trend). Reyna is a football purebred, and his midfield creativity paired with Wilfried Zaha’s finishing ability would make Palace a treat to watch.

If Mel Kiper Jr. were a soccer draft analyst, he’d describe Reyna as “low risk, average ceiling”. Meaning he wouldn’t be a bust in the Palace midfield, but he may not be enough to get the Eagles out of the bottom-half of the table. 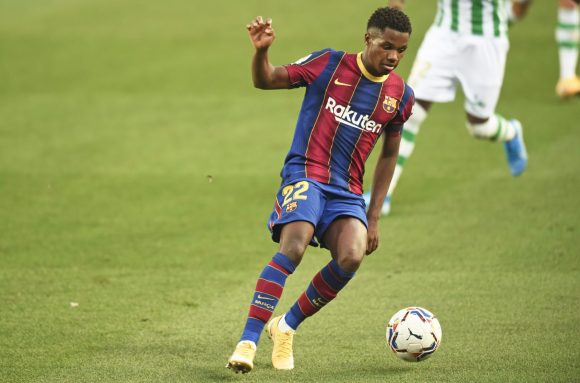 Knee injuries at 18 aren’t great, but this is one of the most promising players in the world.

We’ve seen glimpses of brilliance at Barca, and if he stays healthy we could be witnessing the beginnings of a superstar. Wolves add more upfront firepower to a squad that has veteran Raul Jimenez and fellow teenager Fabio Silva. 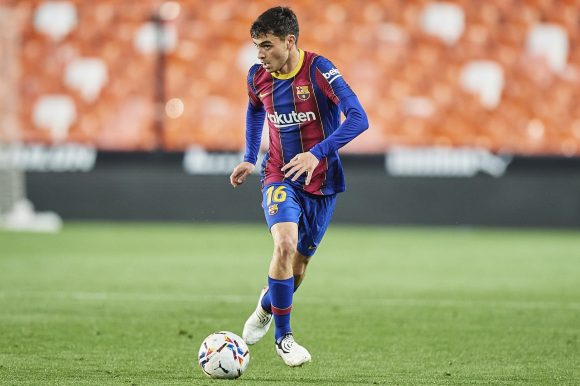 Villa drafted based on the best available player. They disregarded a need for a true #9, and took Pedri, a center midfielder from Barcelona.

Call me crazy, but Pedri and Jack Grealish would be a top 3 midfield duo in the Premier League. Perhaps more of a long-term project for Villa, but a great pick, nonetheless. 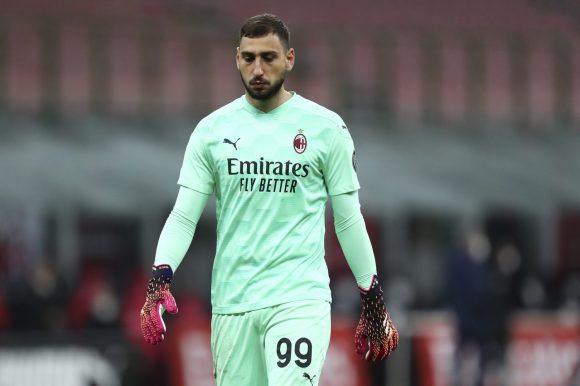 The first goalkeeper has been taken off the board by a side that desperately needs one. Bernd Leno has been a liability between the ivory panel for the Gunners. Donnarumma would be a long term solution to their goalkeeping dilemma.

The Italian national team keeper has been at AC Milan since he was 16, so it’ll be interesting to see how the shot-stopper fares in England. 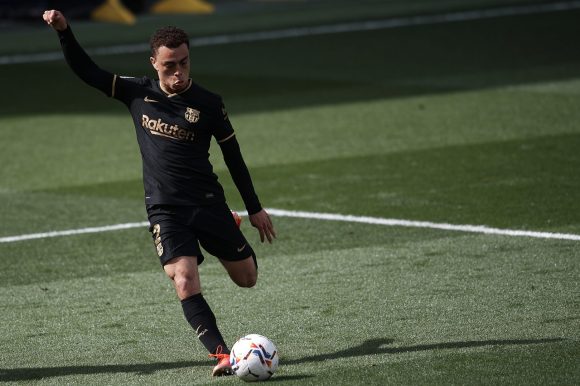 The always attacking Leeds were slated to draft another forward, but seeing Dest, a defender who loves to get forward, still on the board made the Whites become another EPL team to draft an American born player.

Dest will slide into this Leeds starting XI with ease. His uptempo style of play will be a great asset to manager Marcelo Bielsa, who loves to press forward with little concern for defense on the back end. 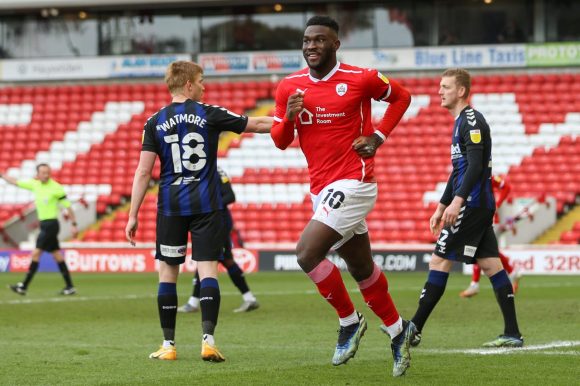 What makes this pick exciting, is that it could actually happen soon. The former University of Virginia Cavalier has shown his potential after moving from the MLS to Barnsley in the Championship. Everton is hoping he’ll become their next Romelu Lukkaku. 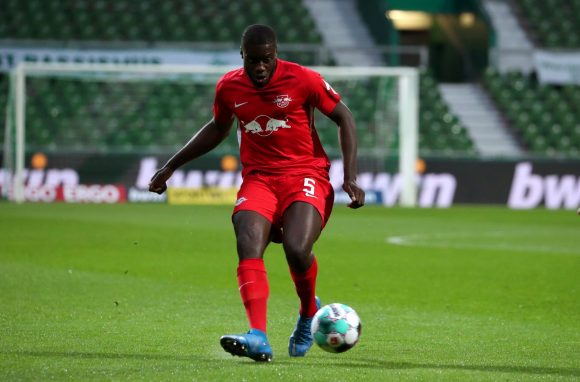 Liverpool desperately need a defender. With injuries to Virgil Van Dyke, Joe Gomez, and Joel Matip, it’s vital that Liverpool take a strong defender in the first round.

Bringing in the former Red Bull Leipzig would be a huge help to the red half of Merseyside. 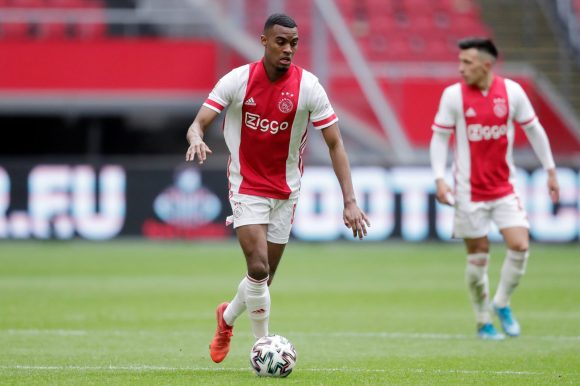 The 18 year old Dutch midfielder has been stylistically compared to Paul Pogba and is a menacing 6’3”.

A player with that kind of ability and athleticism would be a nice addition to a Spurs midfield looking to give Kane and Son additional offensive help. 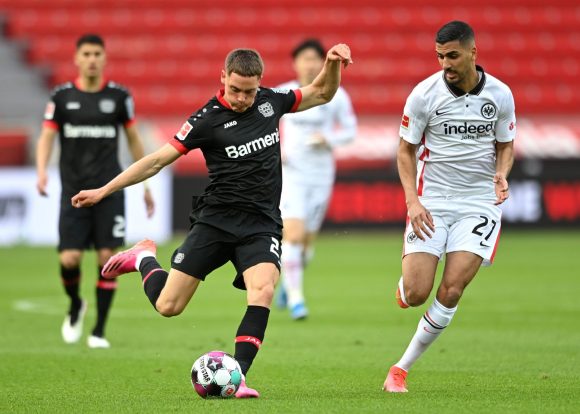 The Hammers are drafting for need with this pick. The 18 year old Leverkusen product will serve as a needed change of pace from a productive, but aging, Michail Antonio.

Wirtz celebrated his 18th birthday on Monday, and he can also celebrate getting drafted by a team on the rise. Wirtz would be an immediate first team selection, and wouldn’t have to deal with the pressure of being the point man at one of the bigger British clubs. 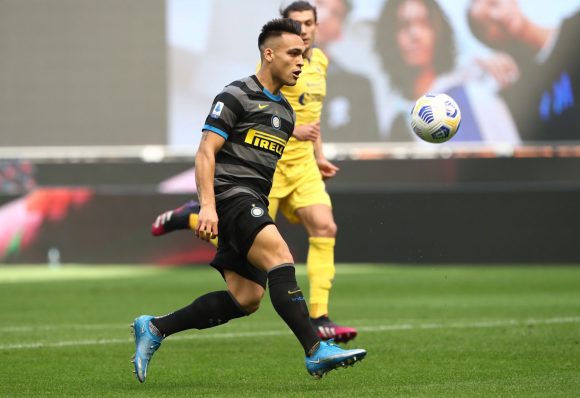 The Blues aren’t taking chances with a German striker this go-around. Martinez isn’t the sexiest name on this list, but his track record of scoring at Inter spoke for itself.

The 23 year-old Argentine netted 35 goals in 96 appearances for Milan, and that pace should continue in a deep Chelsea team that is in the Champions League Final. 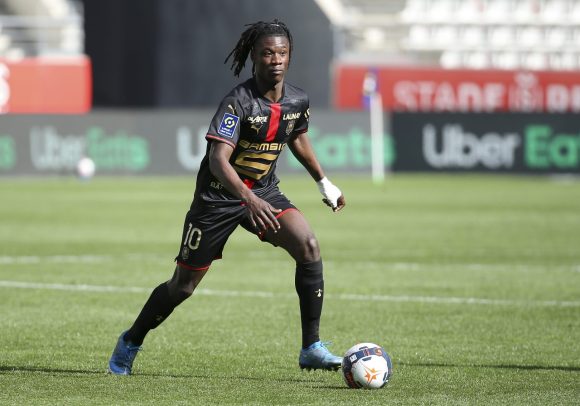 Every draft has top ranked players slip late in the first round, and Eduardo Camavinga is this year’s faller.

It’s nothing to do with his play, others just got more spotlight from the media. Leicester receives an absolute steal of a pick late in the draft.

The link up play with Vardy, Maddison, and Camavinga would terrorize EPL defenses. 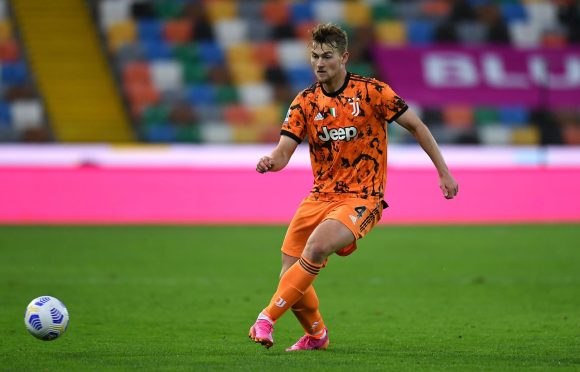 Unfortunately for United fans, they can’t draft a new owner with the 19th pick. If this draft happened a month or two ago, United fans would’ve been begging for a defender. The 21 year old Dutchman fills that void in the back.

De Ligt would replace Phil Jones who is set to turn 30 next year, and would join Harry Maguire at the heart of the United back line. 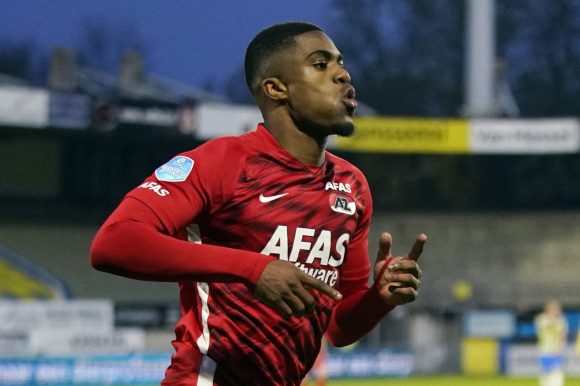 Is this a sign of Pep looking to find a true #9? Perhaps.

The 20 year old Dutchman is currently with AZ Alkmaar, but it wouldn’t stun many to see him on a team like City in the next few years. The striker has scored 29 goals in 59 matches, and that form should sustain if he’s surrounded by the likes of Kevin De Bruyne and Phil Foden.

Comment below with draft grades, and let me know who you think got snubbed being a 1st round pick. Also chime in if you’d want to see the Premier League implement a draft.