Every year in late April, the top 250 or so NFL prospects will anxiously take the stage in hopes that their name will be called. Though these three nights in April will determine the future of these prospects, the path to the draft starts months before the actual event. That is why the Senior Bowl has donned the tagline “The draft starts in Mobile”, which is where the collegiate all-star game takes place every year. The Senior Bowl is a weekend-long event that pits the best NCAA football players against each other in practices and ultimately a game. With just about every scout in the NFL having their eyes glued to the events unfolding at the senior bowl last weekend, the big-board for this year’s draft was shaken up significantly. Here are our five NFL prospects who raised their draft stock at the 2022 Senior Bowl game. 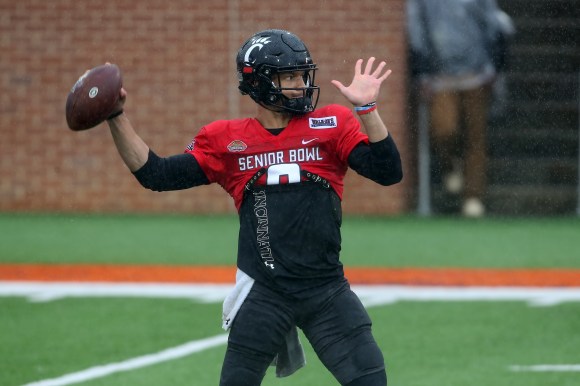 The Bearcats were the talk of the town in the FBS this past season, becoming the first non-power conference team to make the College Football Playoffs. That would not have been possible without the leadership of quarterback Desmond Ridder. One of the most touted aspects of Ridder’s game is his ability to throw on the run. Known for his great poise and decision making, Ridder is best in the play-action, which was evidenced by his six yard touchdown strike during the Senior Bowl’s first half. Ridder finished the game 4-6 while totaling 68 yards and two touchdown passes. In a shallow quarterback class, don’t be surprised to see Ridder as either the first or second quarterback taken in this year’s draft. 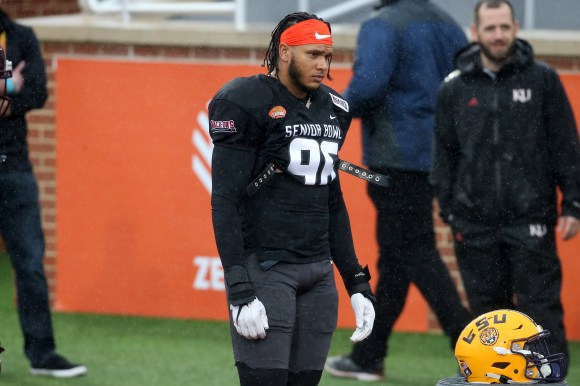 The hottest name to come out of the Senior Bowl weekend goes to an athlete who didn’t even suit up for the big game, Jermaine Johnson. Last season, the edge-rusher out of Florida State was been a menace to opposing offensive linemen and quarterbacks, nabbing 12 sacks for FSU. Over the weekend, Johnson was similarly dominant and his draft stock rocketed into the stratosphere after he dominated practices against some of the best offensive linemen in the class. A tweaked ankle would hold him out of the big game on Saturday, but Johnson had done more than enough damage; during a one-on-one drill, Johnson put projected second round offensive lineman Darian Kinnard into the ground. Coaches could not stop raving about this moment during the practices and it showcased Johnson’s speed and finesse. With a stacked class of Defensive linemen, Jermaine Johnson solidified himself as a first round talent. 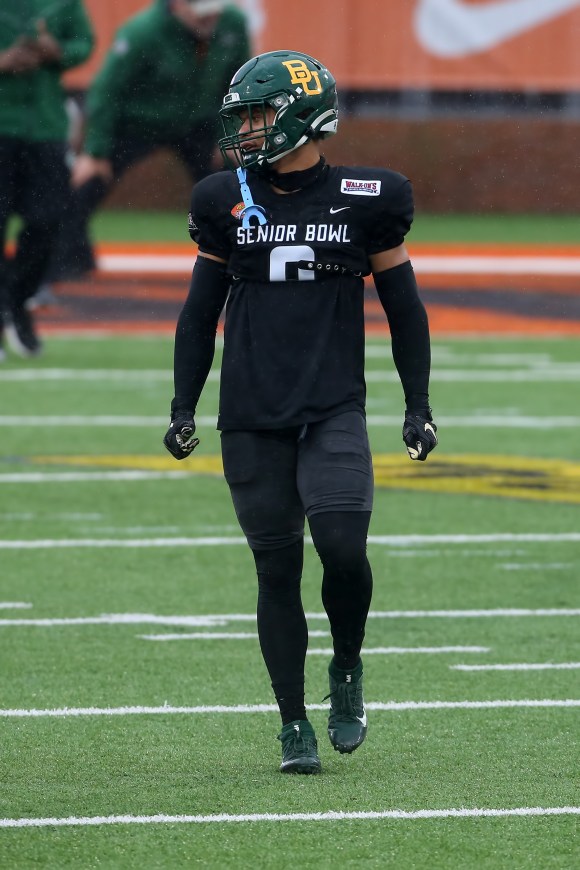 If there was anyone who deserved the nickname ‘Mr.Everything’ at this year’s Senior Bowl, it was none other than Jalen Pitre. Listed as a safety, Pitre spent a lot of his time lined up in the slot at Baylor. Pitre has shown immense improvement defending in deep coverage and can be utilized almost anywhere on the defensive side of the football. Today’s NFL is characterized as a chess match amongst coaches and coordinators and Pitre is a versatile piece that can be moved around the field to fit any scheme. In Mobile, Pitre boldly stood out as one of the best all-around defensive players in this upcoming draft. 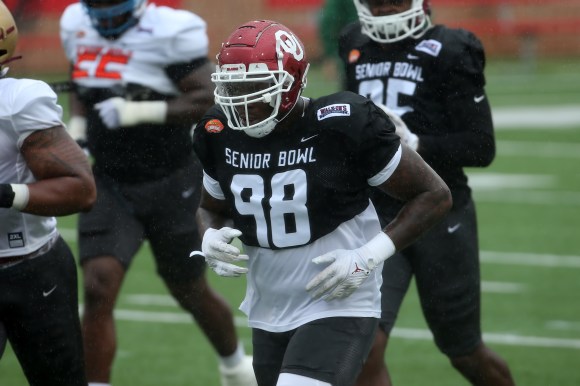 No single player silenced the critics in Mobile more than Perrion Winfrey. Standing 6’4”, 303 pounds, Winfrey is one of the imposing defensive linemen in this draft. Although his regular season tape leaves viewers wanting more, his Senior Bowl weekend was nearly perfect. Routinely getting past offensive linemen during practices, Winfrey was unblockable throughout the event. Capping off his weekend with two sacks and three tackles-for-loss in the Senior Bowl, Winfrey took home the game honors of MVP and secured himself a spot as a top prospect. 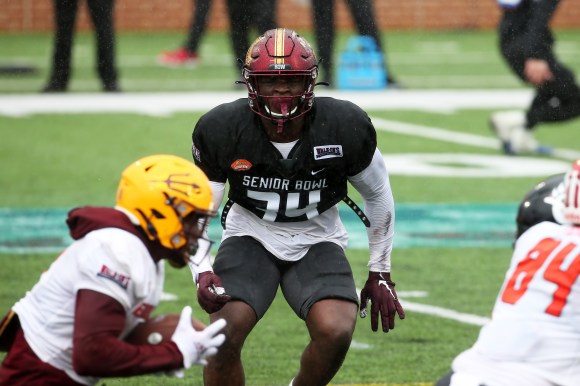 Without a doubt this is one of the most stacked classes of EDGE rushers in recent memory, and Boye Mafe only adds fuel to that claim. At 6’4”, 265 pounds, Mafe combines both eye-popping size and athleticism. In 2021, Mafe had a career year for the Gophers by racking up six sacks. His draft stock shot up after this weekend when he totaled two sacks and three tackles for loss during the Senior Bowl game, earning himself player of the game honors. Boye Mafe is still extremely raw so don’t expect instant success out of him in the NFL, but he will surely hear his name called on the first two days of this year’s NFL draft.