It is commonplace in sports culture today to label a player a ‘bust’ way too early in their career. Whether they live in the shadow of an older brother or were a top pick that didn’t have instant success, athletes are plagued with expectations before they even step on the court. With the NBA season approaching fast, there are a few players who haven’t gotten the credit they deserve. Here is our list of 12 of the most underrated players in the NBA today. 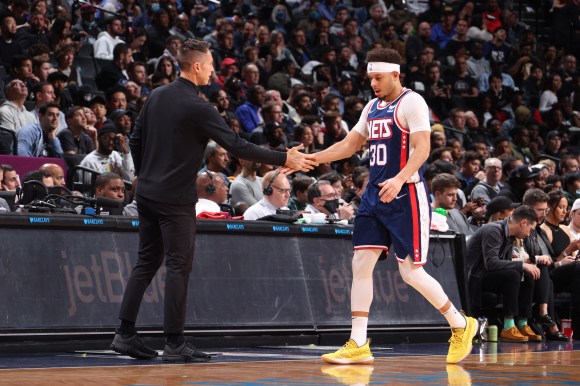 When the name “Curry” is mentioned it’s hard not to immediately think of all-time three point record champion Stephen Curry. In the shadows of the two-time league MVP is his younger brother, Seth Curry. Seth can do just about everything Steph can do, just not quite at the same production level. Efficiency wise, Seth Curry has a TS% of 63%, which would place him top 15 in this category. If you turn on a Nets game it’s easy to spot Curry as he roams around the perimeter waiting for his catch-and-shoot threes. One of the strongest aspects of his game is the confidence he shoots with. The second the basketball touches Curry’s hands, you can see in his body language that he knows the shot’s going in. 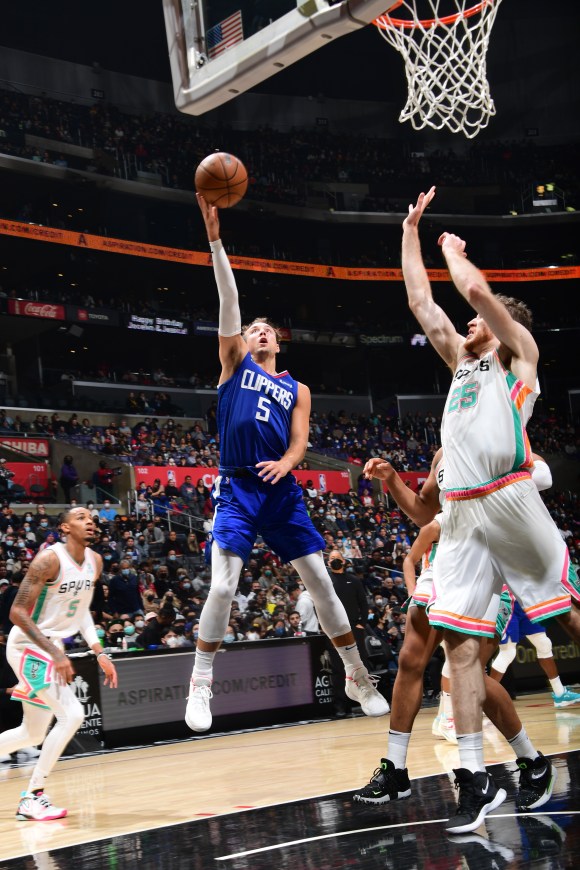 Casual NBA fans were mystified when the Clippers awarded Luke Kennard a four-year, $64 million contract extension last December. This deal was actually a steal for the Clippers. Kennard has knocked down 45% of his three’s while attempting over 6 a game. An absolute menace roaming the floor, Kennard is primed to knock down a shot at any second. An underrated way that Kennard is used in the Clippers offense is through the pick-and-roll with Paul George. The Clippers like to run a set where Kennard sets an on-ball screen for Paul George and either rolls to the free-throw line or out to the perimeter for an open shot. Kennard will continue to be an integral part of this Clippers offense, and for good reason. 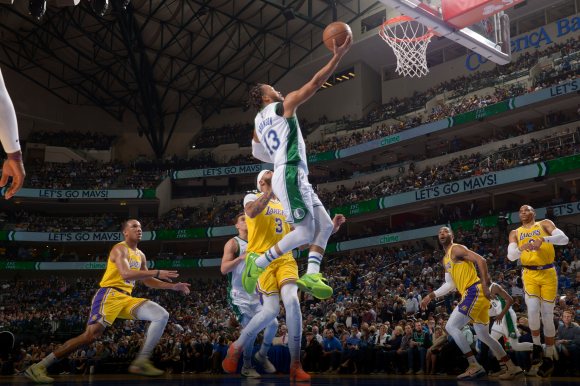 After winning two national championships at Villanova as well as the John R. Wooden award, Jalen Brunson’s future in the NBA was blurry. Some scouts weren’t sure if he could transition to the playstyle of the NBA. Brunson has proved all those doubters wrong, solidifying himself as one of the points guards in the league. Brunson plays an extremely high-iq brand of basketball and relishes the role of floor general. Similarly to prime Le’veon Bell, he has a sense of patience on his drives that frankly can’t be taught. Brunson’s impact for the Knicks cannot be understated, as he adds a floor general that will spur the tempo of the game. Brunson was awarded a max contract with the Kicks this summer and is looking to bring them back into playoff contention. 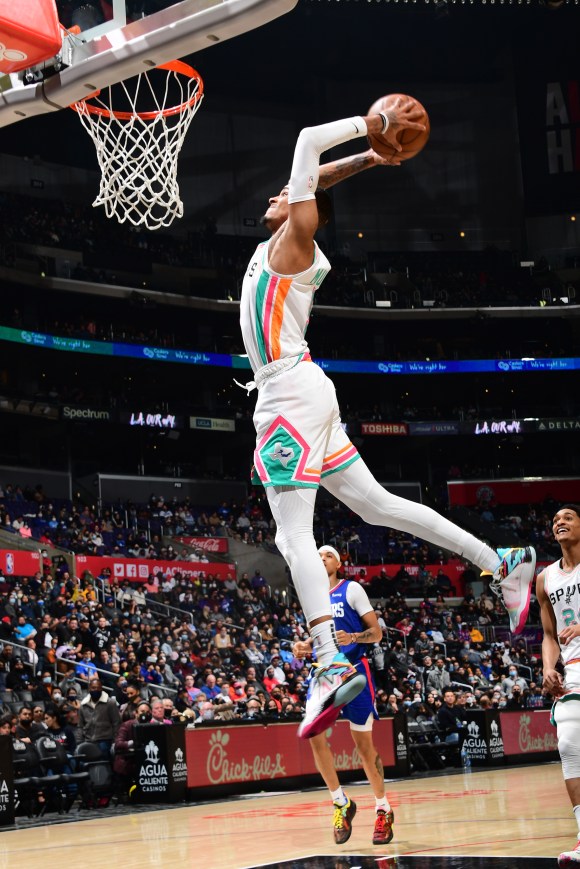 Everytime it feels like the Spurs are about to be written off, Greg Popovich finds a way to bring them back from the brink. After a disappointing few seasons, the Spurs looked to be in rebuild mode. Amidst a litter of great young guards, Dejounte Murray stood out as one of the best. The Spurs played fast basketball sitting top 10 in the league in pace last season. Murray catalyzed that fast pace, as he is one of the best transition guards in the league. His three point shooting can be spotty at times, but Murray has shown to be an elite two-level scorer. At 6’4” he has great size for a guard while also being quick on his first step. Murray was traded to the Atlanta Hawks this offseason and will be paired up with Trae Young in the backcourt. Murray does all the right things to help generate W’s, and he will undoubtedly get the clout he deserves soon 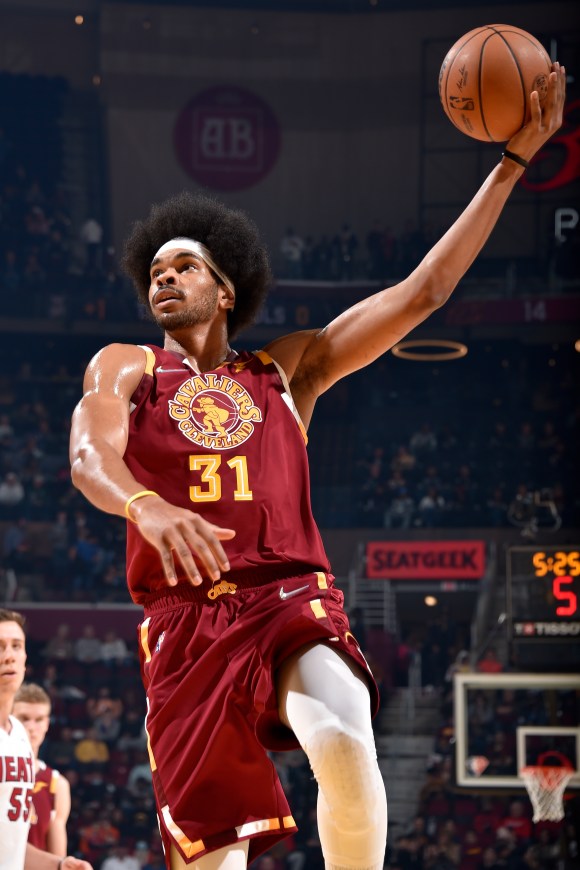 The Cleveland Cavaliers were one of the most impressive young squads last NBA season. The man-in-the-middle, Jarrett Allen, can be attributed with much of this success. Acquired via a trade from Brooklyn, Allen has been an unstoppable force defensively for the Cavs. Allen has one of the highest motors in the league, actively surveying the floor for the best positioning. An underrated aspect of Allen’s game this season has been his on-ball defending. The Cav’s love to switch on defense, and Allen has shown he can defend even guards on the perimeter. With his fanatic defensive playstyle the Cavaliers success will surely continue. 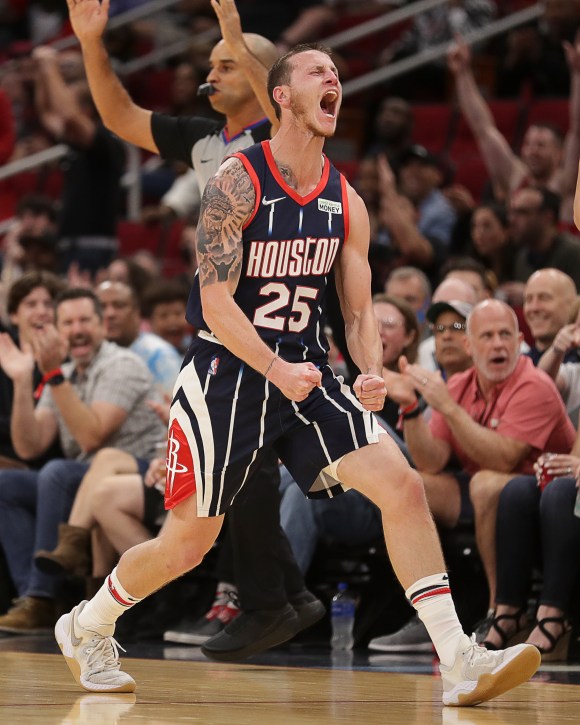 Garrison Matthews is most likely a name that isn’t familiar to most NBA fans. The third year guard for the Rockets should be on everyone’s radar. Matthews is a constant threat to knock down the deep ball. Like the NBA 2K badge ‘deep range deadeye’ Matthews is unfazed by closing out defenders. There are stretches when Matthews gets hot and the tape looks eerily similar to that of Klay Thompson on offense. Sitting top 20 in the league for TS%, Matthews has earned the title of knockdown shooter. 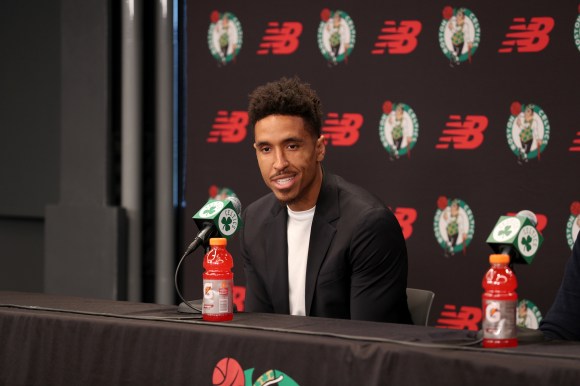 There have been few players as fundamentally sound as Malcolm Brogdon since entering the league in 2016. The floor general took the reigns of a struggling Milwaukee Bucks franchise and won Rookie of the Year, but would sign with the Indiana Pacers before seeing the Bucks win a championship. Brogdon was traded to the Celtics this summer, giving him a real opportunity to be a contributor to a championship team. Brogdon can really do anything on the floor and fits the mold of a modern day point-guard excellent. 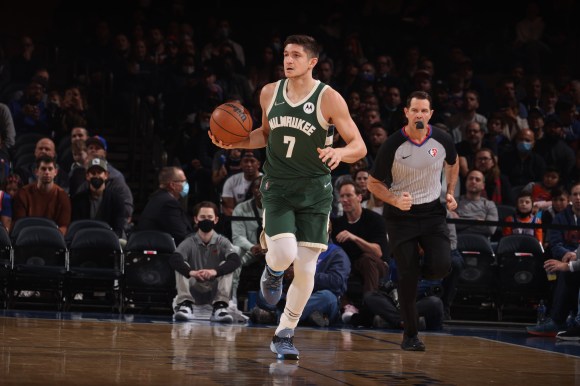 Grayson Allen was one of the most scrutinized NCAA basketball players in recent memory, and many are quick to dismiss him because of this. Allen however was a great fit for the Bucks last season, serving a next man up role amongst various injuries and positive covid cases. Serving a perimeter role on offense Allen can be found roaming the perimeter most possessions. He is a constant threat to knock down the three shooting 40.7% from distance on seven attempts a game. Allen may be hated for his time at Duke, but there is no denying that he can make an impact at the NBA level. 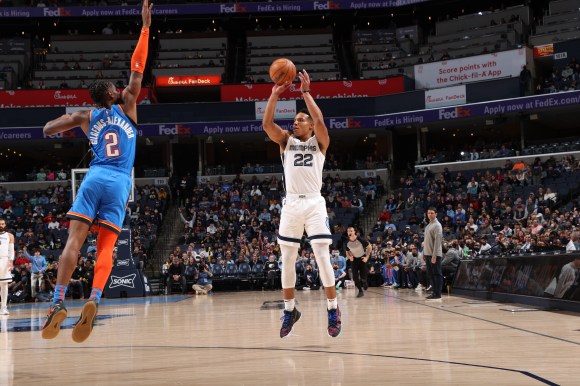 When Ja Morant was sidelined due to injury, the Grizzlies needed someone to step up. They got all that and more in second year guard Desmond Bane. Nearly doubling his scoring average from last year, Bane has been a key scoring threat for the Grizzlies. Unlike many other players on this list, Bane is an excellent scorer and shooter off-the-dribble. With combination of hesitations and quick step-backs, his bag runs deep. The Grizzlies have an exciting young core and Bane will be a highlight of that for years to come. Expect an increased role from Bane in the Grizzlies rotation this year. 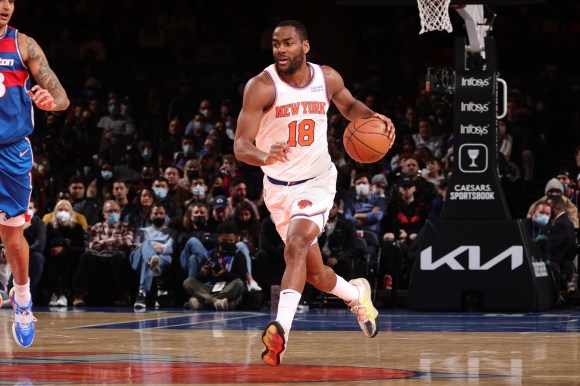 The Knicks had a hot start last season but have cooled off significantly since then. A bright spot, however, has been Alec Burks. After a few years playing for multiple different franchises, Burks elevated his game in New York. A great pull-up shooter combined with excellent finishing ability, Burks has the ability to score from anywhere on the floor. He also has a huge impact defensively, actively pursuing the passing lanes and causing deflections. Now with the Detroit Pistons, Burks is the perfect complement and mentor for Cade Cunningham and Jaden Ivey, able to play both on and off the ball. 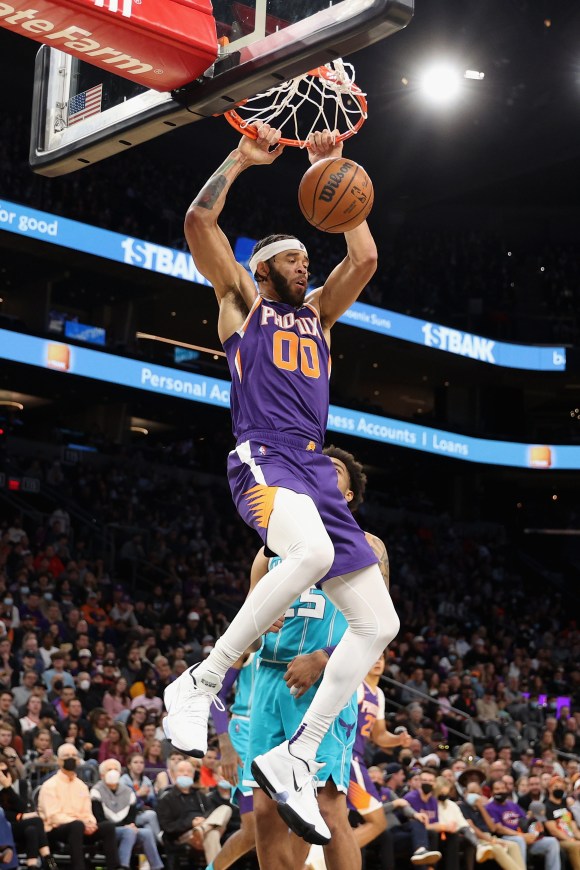 After largely being a joke earlier in his career, JaVale McGee— a.k.a Tragic Bronson— is now a key contributor to any NBA team he joins. When Dario Saric fell to injury in the finals last season, the Suns knew they had to fill the hole of back-up center. McGee was brought in for that role and fit perfectly. It’s fair to say at this point in his career, McGee has championship DNA. His ability to play for quick stretches to allow Deandre Ayton to rest was pivotal to the regular season success the Suns saw. One thing is for sure, McGee signing with the Mavericks was one of the best this off-season. 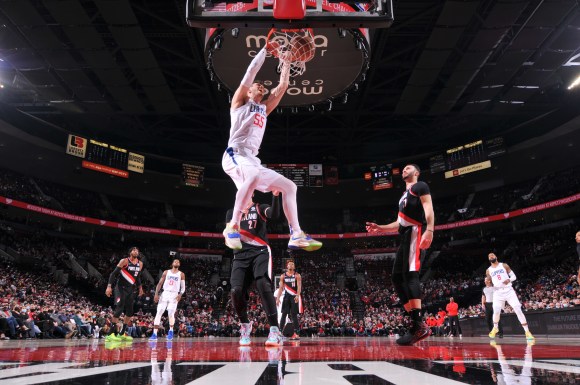 Look at the leaderboards for any of the best advanced stats and you’ll see a lot of the same names: Stephen Curry, Nikola Jokic, Jimmy Butler, Lebron James—and Isaiah Hartenstein. After spending most of his first three seasons floating around the NBA’s fringes, the 23 year-old German big man’s performance last season netted him a two-year, $16 million deal with the Knicks in free agency. While his counting stats are fairly modest, they belie his true impact. He’s a clever passer who conducts offense from the elbows, a deft finisher who ranks in the 91st percentile as a pick-and-roll finisher, and a heady rim protector who patrols the backline for one of the NBA’s best defenses. 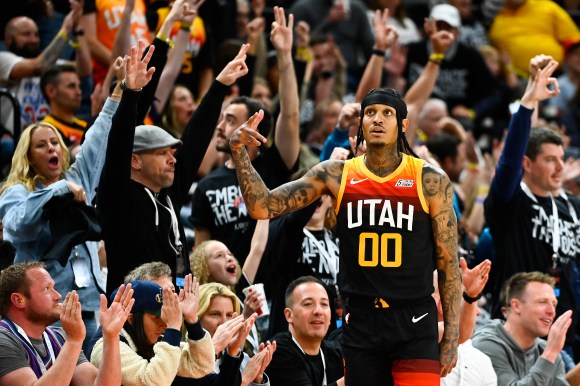 More and more today we see players reluctant to come off the bench. When Jordan Clarkson arrived in Utah he had shown to be an impactful NBA player, but his ceiling was still a mystery. He embraced his role on the bench and has carved out a remarkable NBA career so far. Winning the 2020-21 Sixth Man of the Year award, I see more hardware coming Clarkson’s way in the near future. 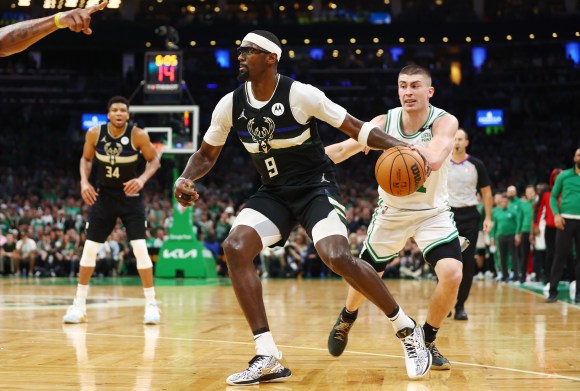 When Bobby Portis first entered the league as a Chicago Bull, he was praised for his high-motor and effort on both sides of the floor. That reputation has only grown since the former Arkansas Razorback joined the Milwaukee Bucks. Portis has turned into an integral part of the Bucks championship rotation. Increasing his production from beyond the arc and being a menace on defense, Bobby Portis never truly gets the roses he deserves.

The 4 Most Underrated Players Remaining in the NBA Playoffs
Where Do the Lakers Go From Here?
Anthony Edwards Is Living Up to the Hype