Who else is hyped for the return of Major League Soccer? After a wild 2020 season, which saw play stoppages and a bubble tournament at Disney World, we should have a semi-normal MLS season coming up that is poised to be very exciting.

The usual suspects will be in the mix at the front of the line, with Josef Martinez, Raul Ruidiaz and Gyasi Zardes firmly in the conversation, but MLS boasts a number of young, exciting prospects looking to stamp their name on the league when the seasons kicks off next week.

Without further ado, let’s get into the top 50 MLS players heading into the 2021 season. 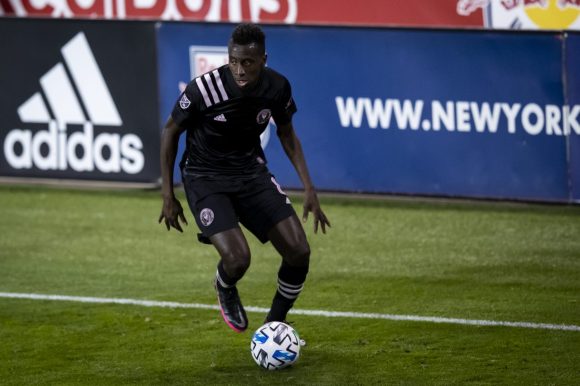 This man has the European pedigree and offers Miami an incredible midfield option to lock down the center of the pitch.

Long is a U.S. Men’s National Team regular and the Red Bulls will need him to be stellar in 2021 with a very young roster playing in front of him.

Jara was a huge figure for Dallas in 2020, tallying seven goals a season ago and leading a fun attack for the Texas side.

The Brazilian/Portuguese influence in Orlando is real, and Pato becomes the latest in a long line to head to Florida.

The veteran Galaxy midfielder gives LA another legitimate option behind Chicharito. After his recent success with the U.S. Men’s National Team, Lletget commands respect on the club and national team levels.

Atlanta has been looking for someone to hold it down in their midfield and offer Miles Robinson and the back line some assistance. Sosa should be the answer after Atlanta picked up a heavily-coveted Argentine holding midfielder.

Lod is a tremendous player for Adrian Heath’s side because of his versatility. He’s been deployed on the wing and centrally, which makes Minnesota much stronger when it comes to their depth.

Miami came in clutch picking up a strong-willed defensive midfielder in Gregore, who boasts loads of experience from his time in Brazil.

You could say he’s been a blessing for LAFC in his time with the club because of his unbelievable talent on the ball. On a team with so many talented attackers, Blessing may be the most exciting to watch when in possession.

Tinnerholm is arguably the best two-way outside back in MLS, so NYCFC being able to keep him for the upcoming season is massive. 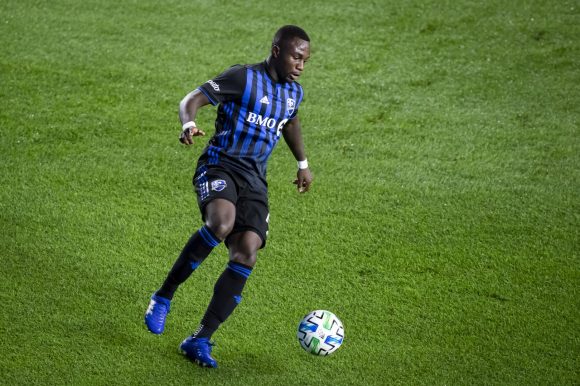 With years of Premier League and European experience, Wanyama offers Montreal consistency and a stabilizing force in the center of the park.

Buksa is a legitimate scoring threat with a lot of the attention drawn to Gustavo Bou in the New England attack. Both of these players are in for big seasons in Boston.

Quintero has found success with multiple MLS sides in his career, and Houston will only continue to benefit from the veteran Colombian’s playmaking abilities in 2021.

Santos can do it all for the Crew, and in a lot of ways they need him to be a creator and finisher.

Cincinnati seemingly has kept Amaya for the time being, and that’s certainly for the best. He’s quickly become one of the best two-way midfielders under 21 in the league.

Turner is quickly working his way into the USMNT picture, and with another strong season it wouldn’t be shocking to see him in the mix for a trip to Qatar for World Cup 2022.

The Earthquakes have been through ups and downs under Matias Almeyda, but Espinoza has been unbelievable for San Jose’s attack and serving as chief creator for the team.

He’s a Portland cult hero and Valeri hasn’t shown signs of slowing down for the Timbers, who will once again be in the West playoff mix this season.

Akinola is certainly a young striker to keep an eye out for moving forward. He led Toronto in goals last season at the age of 20 with nine.

Barco struggled a bit early in his MLS career, but when he’s clicking he’s incredibly fun to watch for Atlanta. 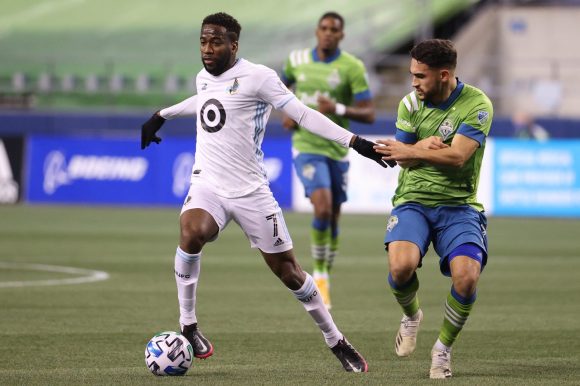 As if Columbus didn’t already have enough attacking firepower, they added Molino this season to an already loaded roster. Molino nearly guided Minnesota to MLS Cup in 2020, and he’ll aim to help the Crew win their second straight league title this season.

NYCFC will be without striker Heber until the summer, which means Castellanos will likely be their go-to goalscorer once again in 2021. He takes on players very well and his pace makes defenses tremble.

Chara is the most physically dominating midfielder in the league. His gift of breaking up attacks from opposing teams is nearly unmatched in MLS.

Now having Gonzalo Higuain for a full season, Pizarro will be expected to lift his game and help Miami reach the postseason in a competitive Eastern Conference.

Nashville has so much to be excited about with Mukhtar. He’s a former German youth international and despite only playing part of the 2020 MLS season it was evident that he’s going to be one of the most exciting creators to watch in the league.

If you’re looking for an underrated MLS player with incredible potential it’s Beric. In a crazy 2020 season, Beric managed to score 12 goals, his biggest goal output since 2014/15 with Rapid Wien in Austria.

We’re going to pretend 2020 wasn’t full of struggles for Chicharito because we’re all aware of the immense talent he possesses. The Galaxy went from Zlatan Ibrahimovic to Hernandez, so they’re expecting big returns from the El Tri star.

The Jamaica international has been as steady as they come in goal for his entire MLS career. His athleticism makes him the best goalkeeper in the league and he serves as one of the many reasons for the Union’s recent success.

Mueller feels like he’s on the brink of really taking over in Orlando, and that could very well lead to him moving abroad in the near future.

Easily one of the best midfielders in MLS, Austin made a splash when acquiring Ring from NYCFC this offseason. 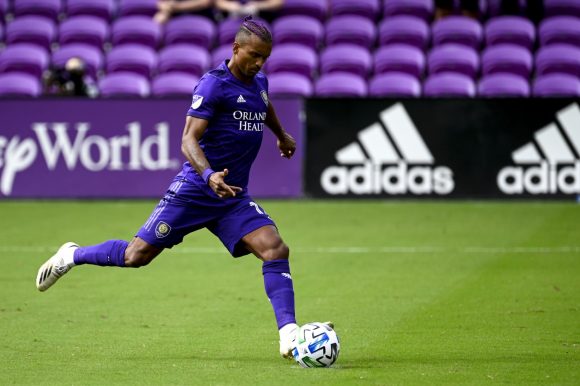 Nani’ career resume speaks for itself. Manchester United. Sporting Lisbon. Valencia. He’s done it at so many top clubs, and Orlando certainly benefits from his flash and tremendous goal scoring ability.

After a brief hiatus away from MLS, Acosta returns to a new Eastern Conference side. When previously with D.C. United, Acosta was one of the more entertaining players in the entire league when partnered with Wayne Rooney in the nation’s capital. Now he brings his talents to a buzzing West End Stadium.

The former MLS Defender of the Year should be in the conversation once again this season for a Nashville team that is looking to break through in the Eastern Conference.

Zardes just always finds ways to score in MLS, and despite the criticism he’s become one of the league’s most steady strikers over his tenure in both LA and Columbus.

Morris likely won’t play this season, but his talent is undeniable and we’re hoping he can make a speedy recovery because Seattle and MLS are better when the American is on the field.

Blanco helped guide the Timbers to the MLS is Back Tournament title last season and was named MVP of the bubble-style competition in the process.

The Spaniard makes things look so easy when he’s creating for his teammates. Gustavo Bou and Buksa will be huge beneficiaries of Gil’s playmaking.

The expansion side gave up plenty to bring in the Argentine playmaker, and it should immediately pay dividends on Day 1. Pochettino fits the mold of an MLS attacking midfielder.

After years of success in Europe, you were able to see glimpses of Higuain’s magic last season. There’s no reason to think the combination of him and Pizarro won’t be incredible in 2021.

Brenner will likely be someone everybody is eager to watch when their team plays Cincinnati in 2021 after becoming an MLS record signing this offseason. 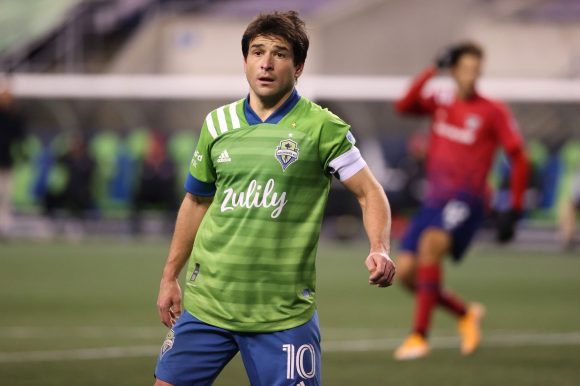 He’s been a mainstay for the Sounders since 2016 and continues to produce at elevated levels for one of MLS’ most consistent clubs.

Reynoso is the prototypical Argentine player that MLS teams have been eyeing and bringing north for several years now. His creativity was evident in the 2020 playoffs and there’s surely plenty more to come from the former Boca Juniors player.

The former Chivas Guadalajara striker gives Sporting exactly what they’ve been lacking for a few seasons now; a proven goalscorer up top.  Pulido could very easily be in the Golden Boot discussion in 2021.

The Revolution Designated Player is without question one of the most underrated strikers in MLS, but he and his team could be in line for a lot of success this season.

Martinez is very capable of being No. 1 on this list. A former MVP and MLS Cup winner, the Venezuelan looks to return to his fine form after suffering a brutal knee injury early in 2020.

The Peru international has tallied double-digit goals every season he’s spent in MLS, and without Jordan Morris available for most of the upcoming 2021 season Ruidiaz will be relied upon a whole lot.

Caleb Porter’s Columbus side is so deep throughout the squad, but when you talk about the player that really makes their team go it’s Zelarayan.

The time to enjoy Rossi in MLS may be nearing an end if he continues at his current level. Since arriving in Los Angeles, the Uruguayan has been a nightmare for opposing defenses. He’ll surely be one of the next MLS superstars to head to Europe.

Pozuelo has perfectly filled the void for Toronto left by Sebastian Giovinco a few years back. His ability to score and facilitate for his teammates makes him one of the most dangerous attackers in the league, and his diminutive stature makes him difficult for defenders to track down.

LAFC’s captain simply does it all, and the amount of success the club has had in such a short span of time can be directly attributed to the Mexico international’s creative abilities.