A new Premier League season will kick off in three weeks, but a busy summer of competitions held up transfer business for many clubs.

Now that the European Championships are completed teams will resume their normal practices and teams will be preparing for the 2021/22 campaign, while also looking to boost their squads.

High-profile players like Harry Kane and Jack Grealish have been the subject of transfer rumors for some time now, and with the season starting in less than a month it might be time for Manchester City or another giant to step in.

Meanwhile, newcomers Brentford, Norwich City and Watford will look to fill out their respective teams as they rejoin the top flight in England. Brentford has been no stranger to selling off major talents as of late, with Ollie Watkins and Said Benrahma both making big-money moves to Aston Villa and West Ham, respectively.

Here’s a closer look at one player each Premier League club could benefit from signing ahead of the new season. 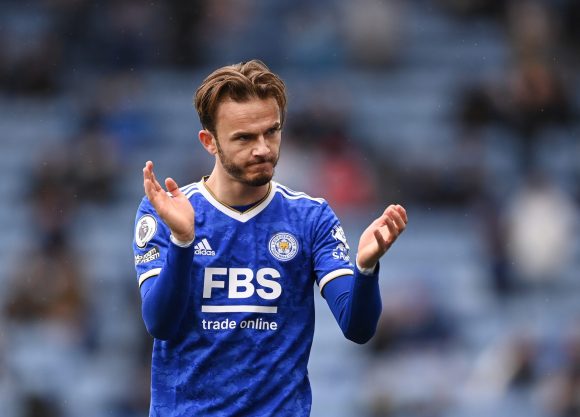 Only 24 years old, Maddison would be a tremendous complement to Arsenal in the attacking third, especially with the emergence of Bukayo Saka, Nicholas Pepe and Emile Smith Rowe. Maddison has been successful at Leicester and would be an immediate upgrade in the Arsenal midfield. 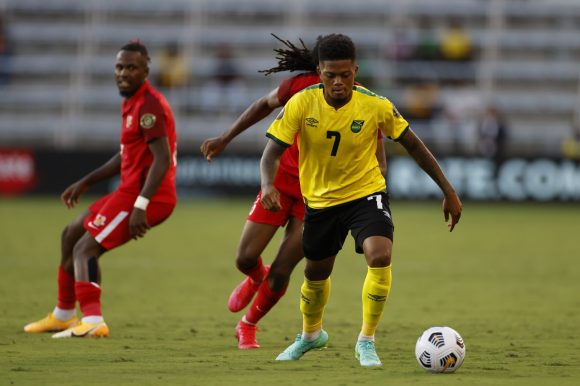 The growing possibility of Jack Grealish leaving this summer or next would create a significant hole in the Villa attack. Adding Emi Buendia was a positive move from the Villains, but Bailey’s presence on the wing would completely solidify the club’s plans moving forward. 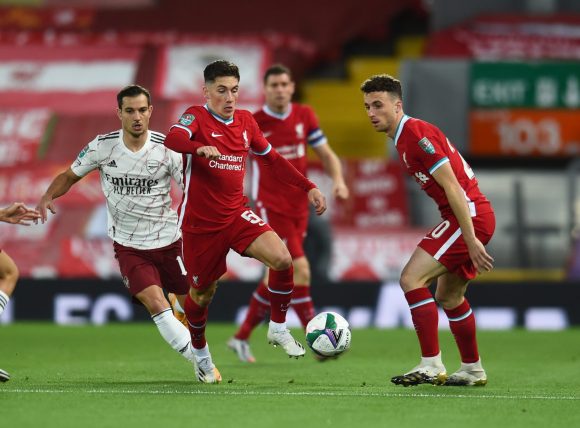 The Welshman brings Premier League experience and will likely go out to another club due to lack of playing time at Liverpool. Brentford hasn’t been in the top flight in over 70 years, so the team can benefit from a player like Wilson after losing various top-level players over the past season. 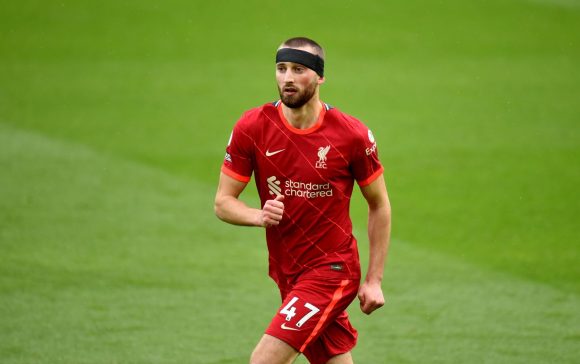 The Reds defender has only appeared in 17 matches since turning pro in 2019, but Phillips eased into the team nicely towards the end of last season when Virgil Van Dijk and others were sidelined. Brighton needs an upgrade at the back, and Phillips would be a strong addition to a defense that features Tariq Lamptey. 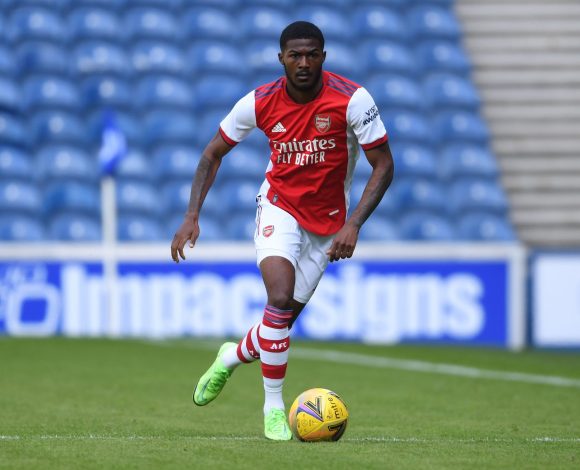 The Arsenal man has made a limited impact but remains highly coveted at the Emirates Stadium so it won’t be shocking if he moves to a Premier League club where he can earn more playing time. Burnley has prided itself on defensive prowess in its tenure in the top flight, and a young midfielder would certainly be a much-needed asset to protect the back line. 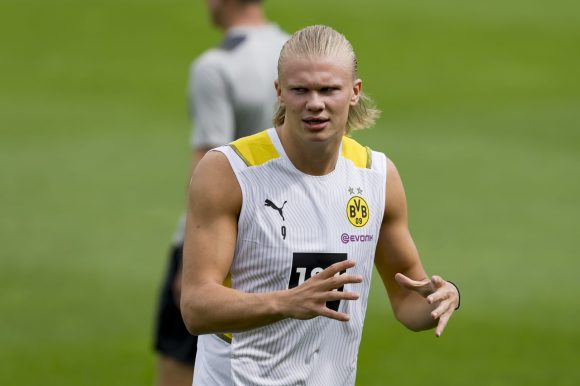 The prospect of signing Haaland this summer remains highly unlikely for Chelsea, which is why their attention may ultimately turn elsewhere, but the Norwegian is arguably the second-best striker in the world and would make the Blues an immediate title threat. The club has seemingly moved on from Tammy Abraham and Olivier Giroud has already completed a deal with AC Milan, therefore, Chelsea needs to make a significant move up front. 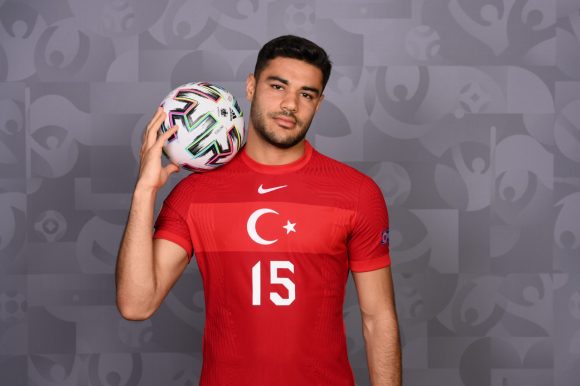 The former on-loan Liverpool defender filled in when needed at Anfield last season in the midst of the club’s long injury list at the back. Kabak would be a major upgrade defensively for Palace, who finished with 66 goals allowed last season — third-most in the Premier League. 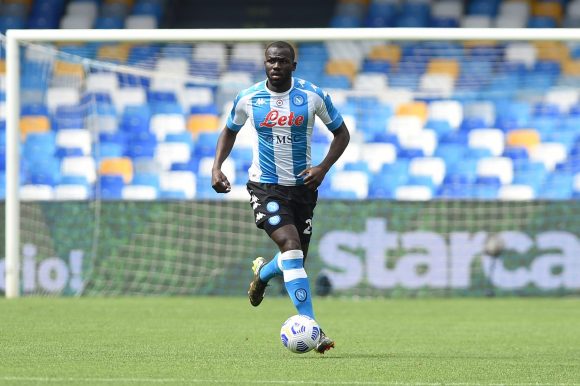 The Toffees have improved massively in their attack over recent seasons, but defensively the club still remains a bit behind the top sides above them. Koulibaly has been linked with moves away from Napoli for years, but as he approaches 30 it seems like now or never for the Senegal international. 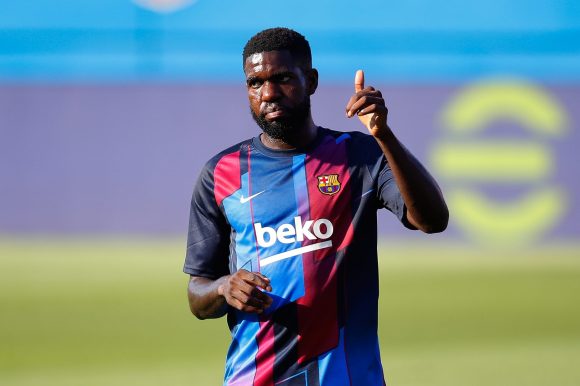 It’s been a given that Marcelo Bielsa’s Leeds have been one of the most fun attacking teams in the Premier League to watch up front, but defensively there are questions. Umtiti has battled injuries for years now at Barcelona, but a change of scenery in a new league could be a huge upside move for Leeds, especially with his price tag dropping. 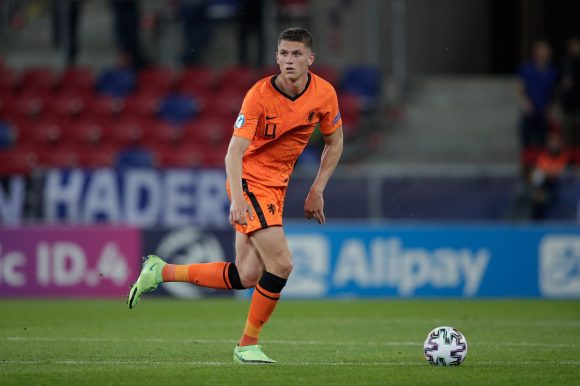 The Lille defender has been on many team’s radars recently and Botman is only going to draw more interest this season if the French side continues towards another successful campaign in Ligue 1. Botman is only 21 years old and seems a matter of time until he signs at a bigger club. 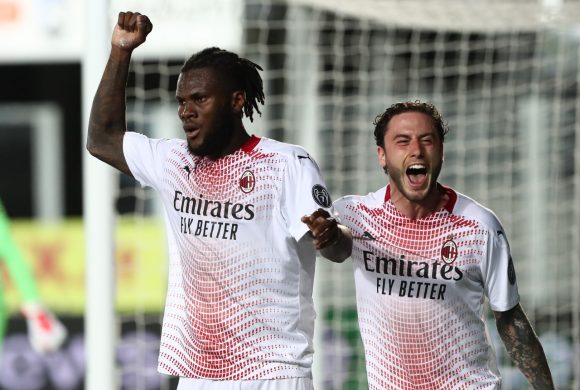 The Reds midfield will look significantly different this season given the departure of Giorginio Wijnaldum, so Jurgen Klopp will need to make a splash to find a legitimate replacement. Kessie has been a star at Milan and would immediately offer a creative presence in the Liverpool midfield. 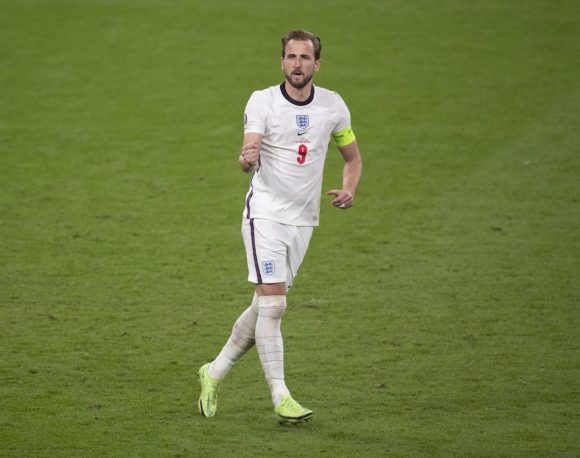 With the departure of Sergio Aguero for Barcelona, Pep Guardiola and Co. are in the market for a formidable striker, and it’s quite clear that Kane would be a suitable replacement after finishing last season as the Premier League’s Golden Boot winner. 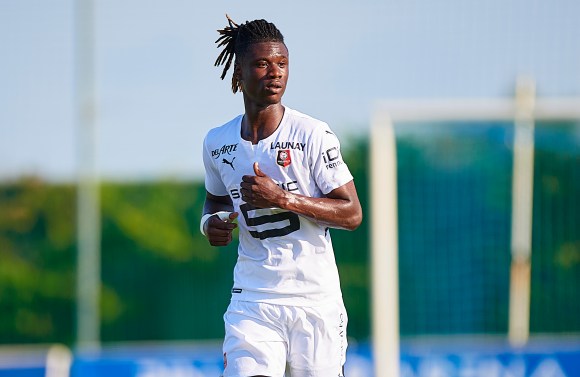 This one has been rumored for some time, but with United strong up front and at the back, Camavinga would be the perfect fit as the deep-lying midfielder of the future. With Scott McTominay not securing the position based on his play over recent seasons, Camavinga’s youth and versatility would help make United one of the most complete squads in the Premier League. 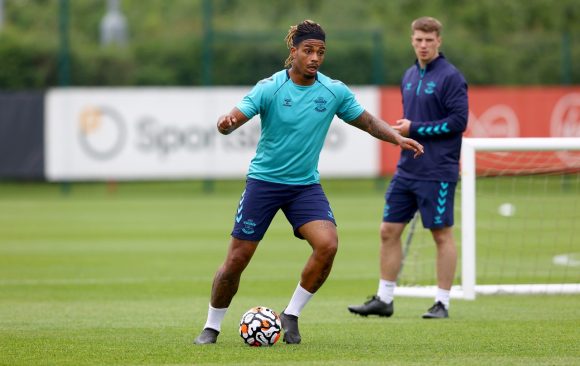 The Magpies could really benefit from a true box-to-box midfielder like Lemina, especially with the emergence of Miguel Almiron in a more attacking position. Newcastle struggled on both ends of the pitch last season and Lemina’s Premier League pedigree and creativity could seriously improve the Magpies’ midfield. 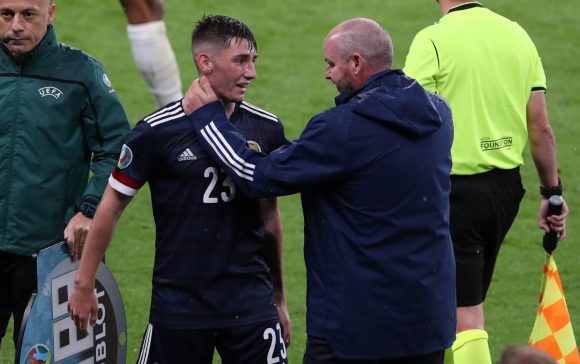 The Scotsman is still a year or so away from getting a legitimate chance to start regular minutes at Chelsea and after a tremendous showing at Euro 2020 Gilmour could really help Norwich in the midfield. Gilmour would add some youthful exuberance to the squad in 2021/22 and have an opportunity to play an entire season. 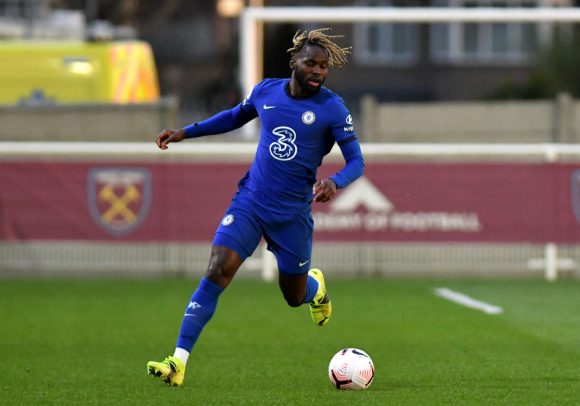 For a player like Simeu, it was going to be difficult to break into Chelsea’s first team and Southampton offers him a clear pathway to starting in the Premier League. Simeu was a regular with Chelsea’s Under-23 team last season and proved that he’s on the precipice of earning a chance to start at center back. The Saints allowed 68 goals in 38 matches last season, the second-most in the top flight. 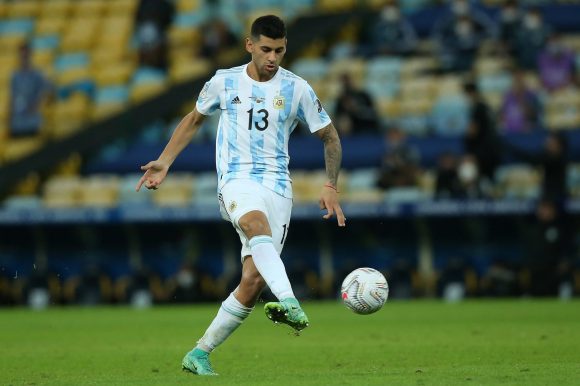 Spurs have several major needs this summer with Harry Kane expected to leave and Gareth Bale returning to Real Madrid, but the Tottenham back line could certainly use a refresh and Romero would be the perfect option. The Juventus defender has been a strong help at Atalanta on loan, and while the club may opt to keep him in the long term Spurs would be smart to convince him to come to London. 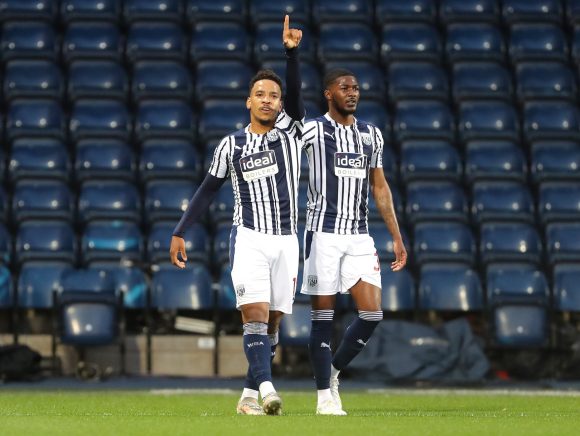 The Brazilian playmaker could spearhead a rejuvenated midfield at Watford after a successful season at West Brom in 2020/21. Pereira has a strong background in Europe after starting his career at Sporting Lisbon and could bring a unique veteran presence to the club. 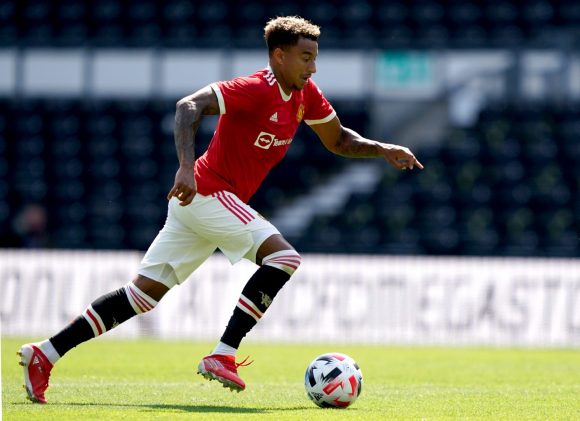 This one seems easily explainable given Lingard’s goal scoring prowess with the Hammers while on loan last season, but the England international offered more than just goals. Lingard seemed to enjoy his time at West Ham immensely and he’s the sort of player that needs regular minutes in the Premier League to continue to have a chance at earning England call ups. United simply doesn’t offer that at this stage. 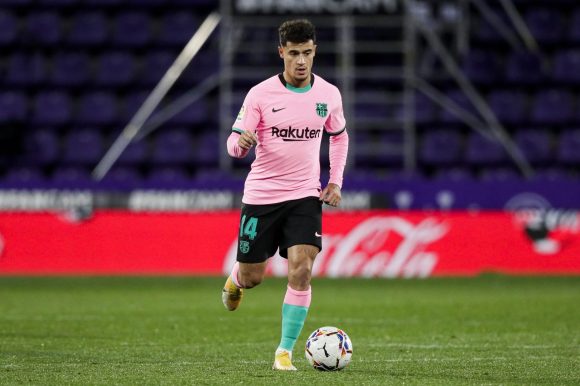 Coutinho would be the perfect fit for a Wolves side desperately in need of another attacking force this season. With Raul Jimenez finally back from his horrific head injury and Adama Traore seemingly staying at the club, the Brazilian could offer a tremendous presence in attack and help set up his teammates.