Welcome back! We had a very good showing with last week’s NFL daily fantasy sports article, and we’re looking to continue that success this time around. Lamar Jackson had a terrific game on the ground, eclipsing 100 yards easily, which is why we liked him to begin with. Also, Jonathan Taylor ended up being one of the most productive running backs on the board, even outscoring Derek Henry for a lot less salary. Another guy we mentioned was Michael Thomas, who returned three times his price tag on DraftKings, something you aim for when taking running backs and wide receivers. The other Thomas we discussed, Logan Thomas, had a very strong outing against a stout Tampa Bay Bucs’ defense. Honestly, the only pick that was remotely close to a letdown was the New Orleans Saints defense, but even they did decent and wouldn’t have sunk your lineups if you played them.

This week, we have fewer games, but just as many names for you this week. On Saturday, the Los Angeles Rams travel to Green Bay to take on the Packers, and the Baltimore Ravens venture to Buffalo in an AFC showdown with the Bills. Sunday’s games feature the Cleveland Browns visiting the Kansas City Chiefs, and the Tampa Bay Buccaneers face off against the New Orleans Saints for the third time this year. My predictions: Packers, Bills, Chiefs, Bucs. Let’s see if I’m right!

Let’s get into who our favorite players are at each position for your DFS lineups this weekend on DraftKings and FanDuel. 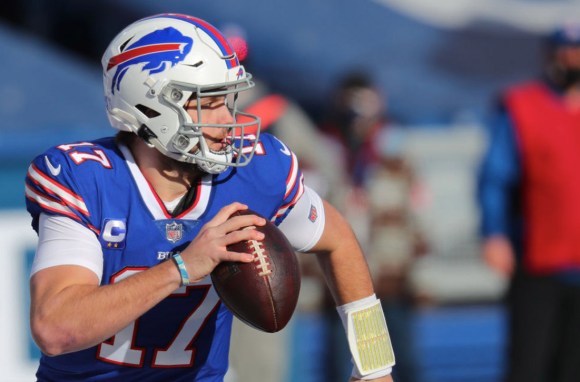 Josh Allen is projected to be the highest scoring quarterback of the weekend, as he faces off against a tough Baltimore Ravens defense. This game has a projected total of 49.5, with Buffalo as a -2.5 favorite. If you’ve been keeping tabs on the NFL in recent weeks, Allen has probably been the single hottest quarterback in the league. He ended the regular season on fire and carried that momentum into his first playoff game of this postseason. He torched the Indianapolis Colts for 35.36 points on DraftKings, making him the highest scoring QB of Wildcard weekend. We expect more of the same this week against another tough opponent in the Ravens and would suggest you pair him with his favorite pass catcher Stefon Diggs as part of a Bills stack. Fire up Allen with confidence! 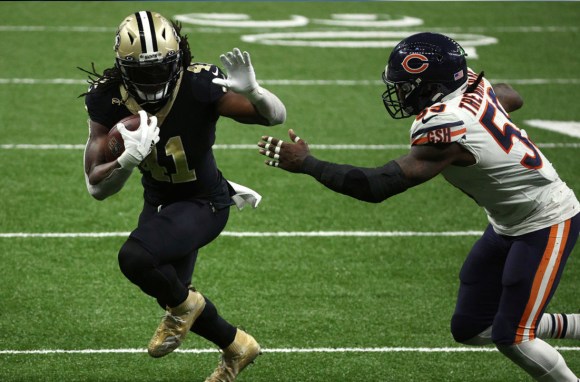 Alvin Kamara is by no means cheap this week, but he does appear to be the running back with the highest floor and ceiling, making him worth every penny you must spend rostering him. He faces off against a tough Tampa Bay Buccaneers defense, who have allowed just 20.7 fantasy points to opposing running backs this season. The implied game total is 52, with the Saints as -3 favorites at home. The Bucs have done a good job against Kamara this season in their two previous matchups, holding him to 23.7 and 15.9 points, respectively. To put that in perspective, that’s less than his 25.2 fantasy point per game average this year. Still, Kamara is projected to score more points than any other running back this weekend, so we would advise spending up on him and getting him into your lineups. 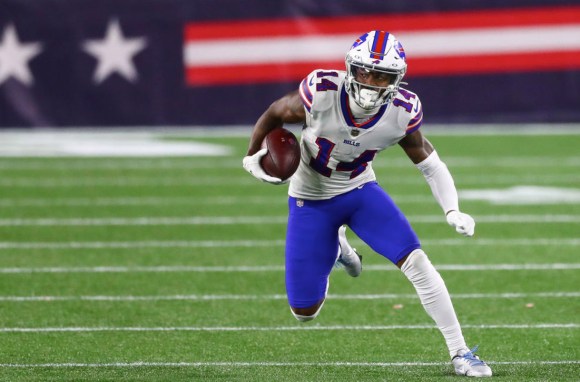 We mentioned him above when we discussed Josh Allen, so we will hammer home the point further here: PLAY STEFON DIGGS. Seriously, he makes for an incredible stacking piece to put alongside of Josh Allen, and they are easily my favorite game stack combo this weekend. Allen and Diggs are like Stockton and Malone, but instead of the pick and roll, these guys are dropping bombs all over the field regularly. Over his last four games, Diggs has averaged an impressive 28.9 fantasy points, crushing his per game average of 22.2 for the season. In a tough matchup against the Colts last week, Diggs seemed unbothered, hanging 27.8 points on them by hauling in six passes for 128 yards and touchdown. Need I say more? 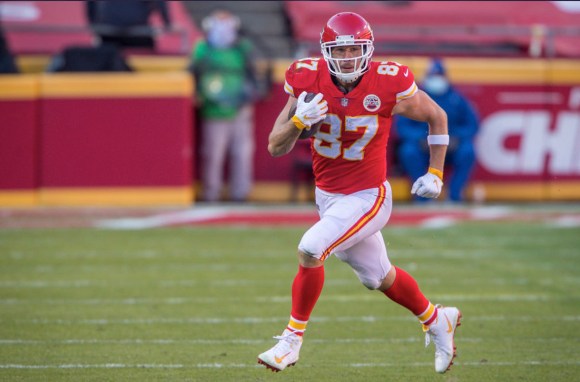 Folks, you’re going to want a piece of this KC offense, trust me. While we love us some Tyreke Hill, he’s probably just too expensive to pay up for with so many other good options at wide receiver this weekend. Enter Travis Kelce. This stud has been a model of consistency over his last few games, posting two games of 22.8 points, and two games of 30.6 points. He’s simply uncoverable and matchup proof with Patrick Mahomes delivering the football. He isn’t cheap, but there are plenty of ways for you to pay down at receiver to get yourself some Kelce in your lineups. Not to mention, the Browns are one of the worst teams in the NFL at allowing fantasy points to opposing tight ends. This has smash spot written all over it! 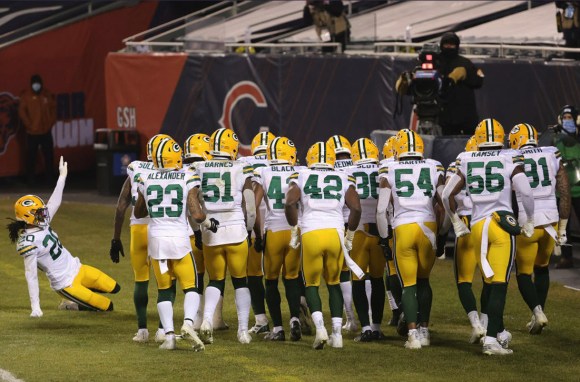 The Packers are easily my favorite way to go on defense, and here’s why: Jared Goff. We know Goff is a decent quarterback when healthy, but he just had surgery on his thumb, and will be on the road in the frozen tundra of Green Bay. Goff is a California kid, and plays in warm weather for half of the year in Los Angeles, so this will be a stark contrast in scenery for him. It’s expected to be 33 degrees and mostly cloudy on Saturday, not ideal conditions whatsoever. If Aaron Rodgers and the Packers offense can put up big points against a tough Rams defense, Goff should be forced into a pass heavy game script. The more he drops back, the more chances the Pack will have to force fumbles, collect sacks, and pick off his passes. Go Pack Go!

Against The Spread: Sheasby’s NFL Playoff Divisional Round Picks
The Top 10 Longest Winning Streaks in NFL History
These Are The 30 Best NFL Stadiums, Ranked