Guess who’s back? Back again! Even though our UPNXT NFL articles came to an end for the regular season, we decided to come back with some daily fantasy picks for this weekend’s NFL Wildcard playoff games. There’s a total of six games taking place over the course of Saturday and Sunday, so, if you’re an NFL fan or play DFS, you’ll want to stick around for some of our favorite picks on DraftKings or FanDuel. 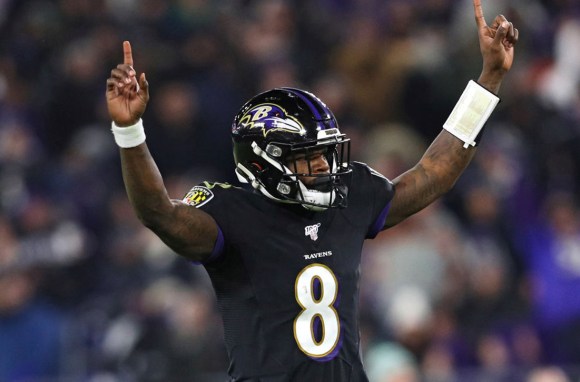 Jackson enters Sunday’s game against the Titans as our favorite quarterback on DraftKings and FanDuel. This game has an implied total of 54.5 points, with the Ravens as -3 road favorites. Where Jackson really shines in DFS is his ability to rack up yards through the air and on the ground. It can’t be overstated, but quarterbacks with rushing upside are my favorite guys to roster, and Jackson happens to bet he best dual threat quarterback in the NFL. I expect him to surpass 20 fantasy points, with 30 as a real possibility as his ceiling. Tennessee has done a good job shutting Jackson down in previous matchups, but he and the Ravens seem to be hitting their stride at the right time. Roster Lamar Jackson with confidence and consider stacking him with fellow Ravens Marquise Brown or Mark Andrews. 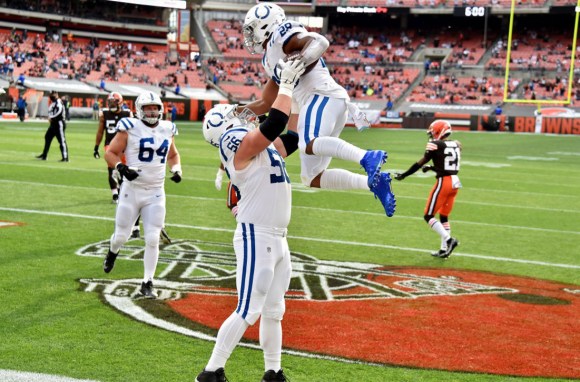 What a way to end the season with a bang! Jonathan Taylor capped off a productive rookie year with an outstanding performance against the Jaguars, rushing for 253 yards and two touchdowns. The Colts’ leading rusher faces off against the Bills on Saturday, with the game total set at 51, and Buffalo as -6.5 favorites at home. For the regular season, the Bills have been a league average defense in terms of points allowed to opposing runners, giving up 24.5 fantasy points per game. Taylor has led this backfield in most rushing metrics for most of the year, and I don’t expect that role to change in this spot either. How he performs will likely come down to Indy’s defense, and their ability to slow down Josh Allen and Stefon Diggs. If they can keep the score close and competitive, they can feed their workhorse tailback and keep him involved. We like Taylor as a cheaper alternative to Derrick Henry if you’re looking to save some salary this weekend. 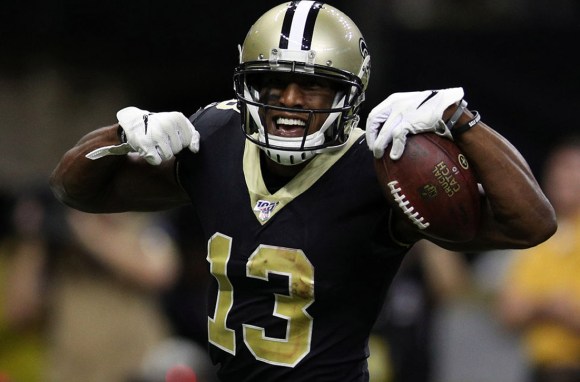 Before being placed on IR by the Saints to end his regular season, Michael Thomas was beginning to get his groove back in what has been a down year full of injuries. The total for this game is 47.5 and the Saints are a massive -10 home favorite. He will have a tough matchup against the Chicago Bears this weekend, as they’ve allowed just 33.7 fantasy points per game to opposing wideouts. If quarterback Drew Brees and Thomas can shake off the rust and get back on the same page, I think Thomas is a tremendous value play at under $7,000 on both DFS sites. Both players should be completely healthy and poised to make another deep playoff run. 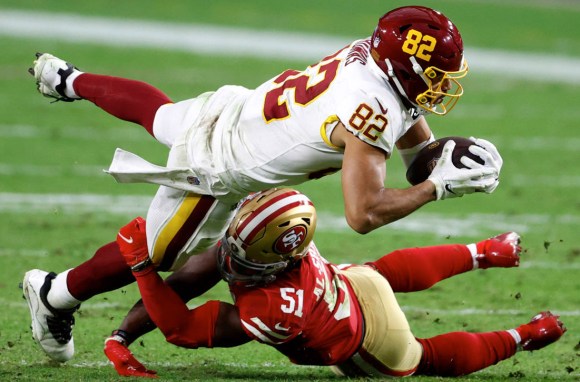 He may not be cheap, but he’s worth it. Other than Terry “F1” McLaurin, Logan Thomas is my favorite receiving option on this Washington Football Team roster. He’ll face a Tampa Bay Buccaneers defense allowing 14 fantasy points per game to tight ends, putting them in the bottom ten in the league at defending the position. This game is implied for 44.5 points, with the Bucs as -8 favorites on the road. This could be one of the games that doesn’t stay close for long, meaning quarterback Alex Smith may have to throw more than he normally would. Often, those passes have been targeted towards McLaurin and Thomas. Unlike other tight ends in the league, Thomas isn’t used as a blocker as much, as they opt to have him running routes as much as possible. I think he’s a good bet to go over ten fantasy points in this matchup. 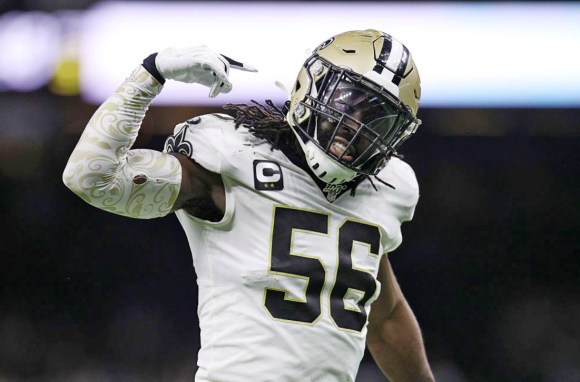 Anytime I can get an elite defense versus Mitch Trubisky, I get excited. As we know, Trubisky and the Bears offense have had their fair share of struggles this year, and this is a prime spot for us to target him once again. New Orleans allows the fifth fewest fantasy points to the opposition’s signal callers, averaging just 17.4 points per game. Couple that with the fact that they are also the best versus opposing running backs, and you’ve got all the makings of a monster fantasy performance for the Saints defense. I can see them putting the clamps on running back David Montgomery and being up by enough points that the Bears are forced to throw it, which is exactly what we want. The more that a quarterback drops back, the more opportunities there are for our defense to rack up sacks, picks, and forced fumbles. I usually pay down at defense, but in this case, I don’t mind spending more salary for a defense in such a sweet spot.

These Are The 30 Best NFL Stadiums, Ranked
Why Vintage Football Cards Could Blow Up and the 46 to Look Out For
2020 In Review: A $20 Baseball Card Changed My Life