The U.S. Men’s National Team has returned to the World Cup for the first time since 2014 and the expectations will be significant for the Americans.

For many, it will be their first World Cup given the youth the Americans boast heading into Qatar.

Meanwhile, manager Gregg Berhalter will be coaching at his first World Cup despite previously playing on the world’s biggest stage as a player for the USMNT.

With Christian Pulisic, Tyler Adams and a core of players eager to put their stamp on the World Cup, the USMNT certainly has a chance to make some noise in Group B, where they’ll be paired with England, Iran and a European nation still to be determined.

ONE37pm takes a look at which players will likely make the 23-man roster for the USMNT ahead of the 2022 World Cup.

This will probably be the most straightforward of any of the position groups for Berhalter.

Steffen and Turner both have legitimate cases for being the starter in net once the U.S. touches down in Qatar, while Horvath has been really good in Europe for several years now. 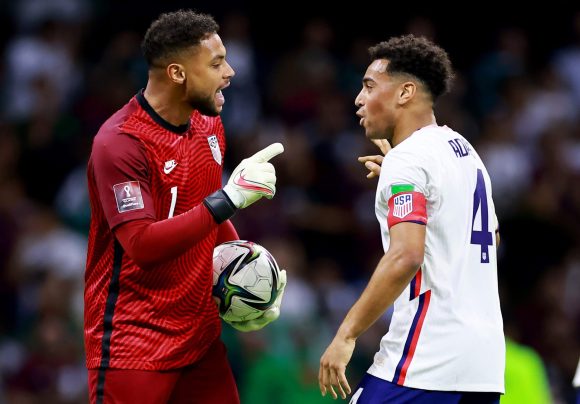 Sean Johnson could be a veteran that gets a shout, but this goalkeeper room is probably the least of anyone’s concerns for the Americans.

The U.S. has benefitted greatly from finding a strong center back partnership over the past six-plus months with Miles Robinson and Walker Zimmermann, so that makes the job a little easier for Berhalter.

Left back has been locked down by Jedi Robinson, while the right back spot will likely go to Sergiño Dest, who has excelled at Barcelona.

Veterans like Aaron Long and DeAndre Yedlin will certainly provide cover for the Americans if they need reassurances late in matches or due to injuries.

The Americans have so much midfield talent, and the group of three that will likely start on opening day of the World Cup has been set in stone for some time.

Adams, McKennie and Musah have been three players essentially locked into the XI for the U.S., but this squad boasts great depth in the center of the park. 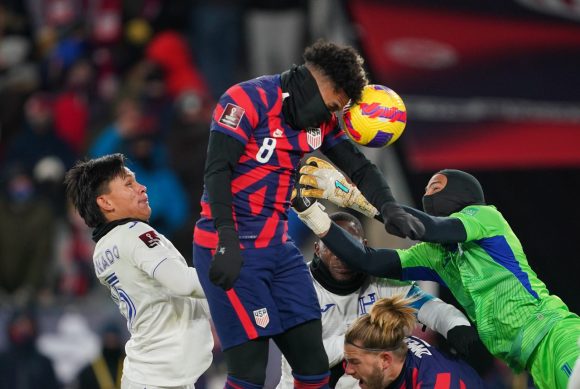 Acosta and De La Torre played meaningful minutes throughout qualifying, while Busio has been quite strong at moments for Venezia throughout his debut Serie A campaign.

The group up front will be largely straight forward when you have players like Aaronson, Pulisic, Reyna and Weah.

However, none of those players are primarily center forwards, which leaves the biggest questions at the No. 9 position.

Ricardo Pepi has done well at times for the USMNT, but since joining Augsburg he’s struggled to find goals regularly, opening the door for other players to make their way into the mix.

Meanwhile, Pefok should definitely be one of those players earning consideration after the season he’s had at Young Boys.

He’s arguably been the most consistent goal scorer in the American pool, and when it comes to a competition like the World Cup a team can never have enough players that can score goals in bunches.