In the words of my friend Arielle Chambers, one of the leading voices of WNBA coverage, “The WNBA is so important.” History tells us that women have always been significantly underrepresented, and we have had to consistently fight for our talent and voices to be seen and heard. One of those battles was the right for an opportunity not just to play the game of basketball on a grand scale but also to receive a paycheck for doing so.

Thus the beginning of the WNBA.

Before we go into the W’s full history, we have to first go back to the Women’s Professional Basketball League (WBL), which was established in 1978. Founded by sports entrepreneur Bill Byrne, the goal of the WBL was the same as the WNBA—to have a basketball league specifically for women. While the WBL did experience some success, the league ran into a boatload of obstacles (mostly financial), which resulted in its demise just three short years after its founding. 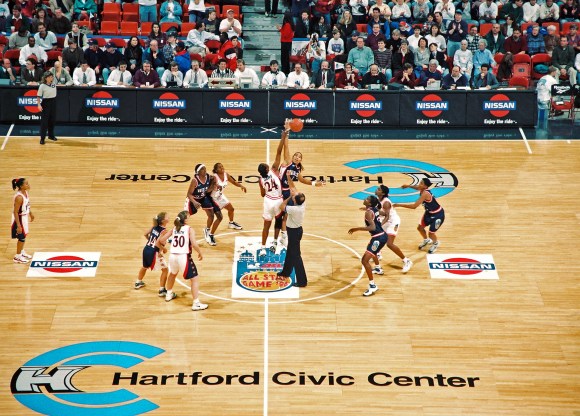 Disappointed, Byrne relaunched the WBL in 1984, hoping that the Summer Olympics would give the league a boost, but that didn’t work out either. Throughout the 1980s and 1990s, other leagues such as the National Women’s Basketball Association (NWBA) and the Liberty Basketball Association (LBA) would also form, but those too suffered similar endings.

Now we fast forward to the creation of the Women’s Basketball Association (WBA). Considered the first women’s professional summer league, the WBA had two conferences: The National and American Conference, and the league lasted from 1993 to 1995. That same year, the American Basketball League (ABL) was announced, and several months later, the WNBA was formed.

We could get into the similarities and differences between the ABL and the WNBA, but that in itself is an entirely different article. To keep things short, the WNBA was officially backed by David Stern and the NBA, and the ABL wasn’t.

After a monster gold medal run by the 1996 Summer Olympic Team, the WNBA launched its first season on June 21st, 1997. Like the NBA, the league had an Eastern and Western Conference. The WNBA featured eight teams at the start: the Houston Comets, Cleveland Rockers, Charlotte Sting, New York Liberty, Phoenix Mercury, Los Angeles Sparks, Utah Starzz, and Sacramento Monarchs.

The W quickly hit the ground running with dominant performances from WNBA legends such as Lisa Leslie, Tina Thompson, Sheryl Swoopes, Cynthia Cooper, and Rebecca Lobo, proving once again that women are pretty darn good at what they do too—they just need the right opportunity. During this time, the ABA, the W’s biggest competitor, ceased operations, which brought any of its stars (Dawn Staley may ring a bell) onto various WNBA rosters. Many of the W’s games were broadcast nationally on NBC, ESPN, and Lifetime, with millions of viewers tuning in and passionate fans showing up to games in droves. 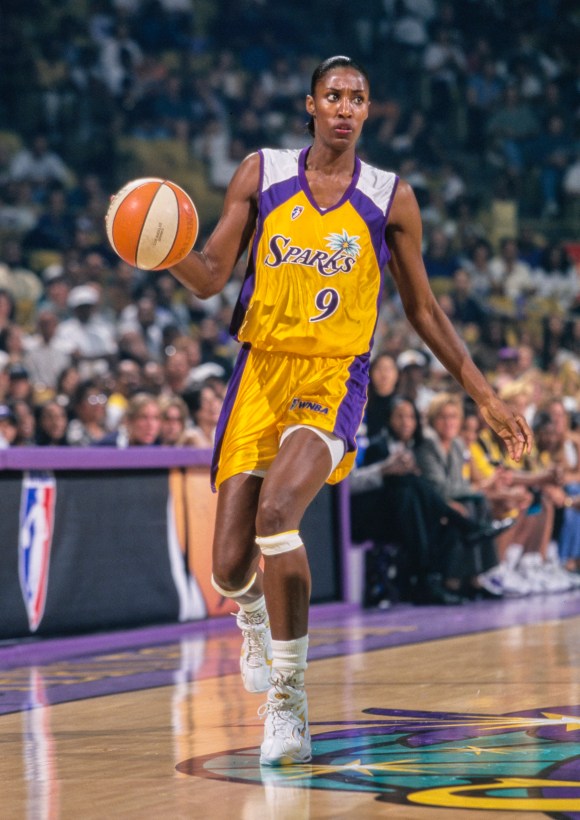 The first several years of the W were pretty much all dominated by the Houston Comets and Los Angeles Sparks, with H-Town winning four championships and Los Angeles netting two. The Detroit Shock secured a couple of rings during the 2003-2006 period, and the mid-2000s as a whole was a good turning point for the league. You saw the emergence of players like Sue Bird, Diana Taurasi, Cappie Poindexter, Tamika Catchings, and Lindsay Whalen dominate the league.

This era would eventually transition to that late 2000s/early 2010s period when Candace Parker, Maya Moore, the Ogwumike sisters, Elena Delle Donne, and loads of other rising WNBA All-Stars entered the league.

The WNBA itself went through different changes as the years progressed. Some franchises folded, bringing the total number of teams down to 12, and the W went from playing 28 games per season to now playing 36. There have been plenty of other milestones over the past several years (for example, the WNBA’s television deal with CBS Sports Network), but the WNBA and its players are always striving towards more. 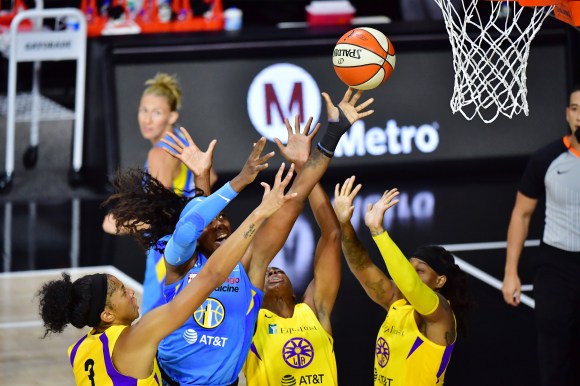 For years, the W’s athletes have been historically underpaid. Many players have had to head overseas almost immediately after their seasons in order to earn a livable salary for the rest of the year. That is where the 2020 Collective Bargaining Agreement comes into play. The eight-year deal increased players’ salaries and compensation by nearly 53 percent, with the opportunity for additional bonuses, team marketing deals, and prize pools. According to the terms of this agreement, the top players of this league can now earn compensation in excess of $500,000, with other top players having the opportunity to gross between $200,000 and $300,000. The CBA deal also meant that the average salary for players would exceed six figures for the first time in WNBA history. Now you may be wondering who spearheaded this massive agreement. The answer to that question would be none other than some of the league’s biggest stars, including Nneka Ogwumike, Layshia Clarendon, Chiney Ogwumike, Elizabeth Williams, Carolyn Swords, Natalie Achonwa, Elena Delle Donne, and Sue Bird. 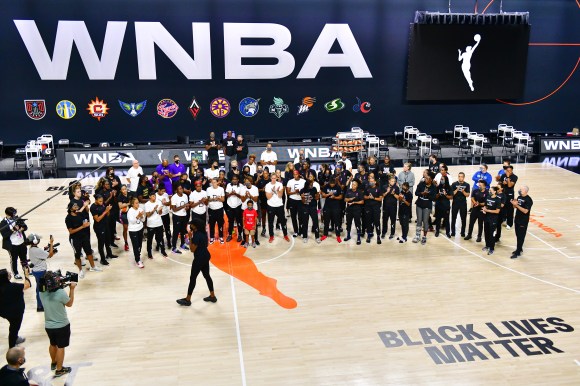 We have also seen the WNBA become leaders in using their power and voices to address racial and civil injustice. Maya Moore, one of the best athletes in the world, stepped away indefinitely from the game to help overturn the unlawful conviction and imprisonment of Jonathan Irons. Even before that, Moore and her Lynx teammates Lindsey Whalen, Seimone Augustus, and Rebekkah Brunson wore “Change Starts With Us” shirts to protest the police killings of Philando Castile and Alton Sterling. 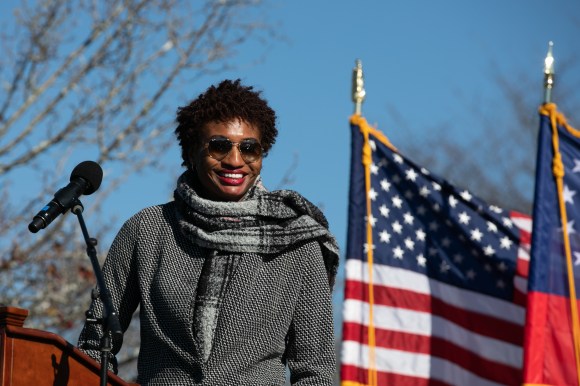 This past summer, Las Vegas Aces star Angel McCoughtry was a huge advocate in pushing the WNBA to allow players to wear police brutality victims’ names on the backs of their jerseys. The W spent their entire time in the bubble, using their platforms through games and social media to powerfully vocalize the pressing issues of racism, police brutality, and inequality and bring awareness regarding the 2020  election. One thing is clear, the WNBA has never been afraid to speak up for what is right, and they have never wavered in their fight for justice.

While playing basketball is always the first love for these athletes, many of these ladies have used their spare time to explore other passions. For example, Lisa Leslie modeled and made appearances on a variety of 90s television sitcoms. Candace Parker, Renee Montgomery, and Chiney Ogwumike have also added to their broadcasting resume, with Ogwumike becoming the first Black woman to co-host a national show on ESPN radio. We have also seen multiple WNBA athletes venture into prominent brand deals as seven new players are now officially part of the Jordan brand. So as you can see, the future of the W is extremely bright both on and off the court.

Speaking of the future, the WNBA just came off one of its biggest free-agencies in league history. After 13 seasons with the Los Angeles Sparks, Candace Parker is heading back home to play for the Chicago Sky. I’m actually very excited to see Parker in action with players like Diamond DeShields. Chelsea Gray to the Las Vegas Aces is also a huge deal. Meanwhile, the Sparks remain competitive with the addition of Erica Wheeler. The Minnesota Lynx added Kayla McBride (who played at Notre Dame with Achonwa), Natalie Achonwa and Aerial Powers, which excites me greatly because Lexie Brown is personally my favorite player, and I can’t wait to see the Lynx back on the court.

The season ahead is sure to be an exciting one, but it will likely end up being the second one to take place during a global pandemic. As with everything else this year, we’ll have to take things day by day, as any prediction we make today could wind up changing a month from now. For the time being, we’ll have to assume the season will be starting in May like usual.

Regardless of the start date, we will be ready.

The 10 Best WNBA Players Of All-Time
What Is the Average WNBA Salary?
Who Was the First Woman to Dunk in an Official WNBA Game?