Can you have too much talent on a professional wrestling roster? On Dec. 8, WWE finally granted Luke Harper his long-awaited release, along with rarely used jobbers The Ascension (Konor and Viktor) and Sin Cara. Batches of releases have been commonplace in WWE over the years, as contracts run out and wrestlers request freedom from the biggest wrestling company in the world, so the Dec. 8 bloodbath was not a surprise. All four men had their various moments of wildly different relevance—Luke Harper was an Intercontinental Champion, remember that?—but their common thread was that they were not being used consistently. Unfortunately for a big swath of the WWE roster, that still remains true.

The list of under- or misused talent in WWE is vast. For every Seth Rollins, there’s an Apollo Crews, a former NXT standout who might as well not exist in the current main roster landscape. Or, worse, a Rusev, a hyper-talented performer stuck doing cuckolding storylines with his real-life wife (at WWE’s TLC pay-per-view, Rusev lost to his wife’s new lover, Bobby Lashley, in a tables match—just another indignity). Aleister Black, who was as sure a star as you could bank on, has been hiding in a closet for months, only now finally getting a feud with Buddy Murphy, another skilled wrestler stuck doing comedy bits. The list could and does go on, and it’s only getting larger. 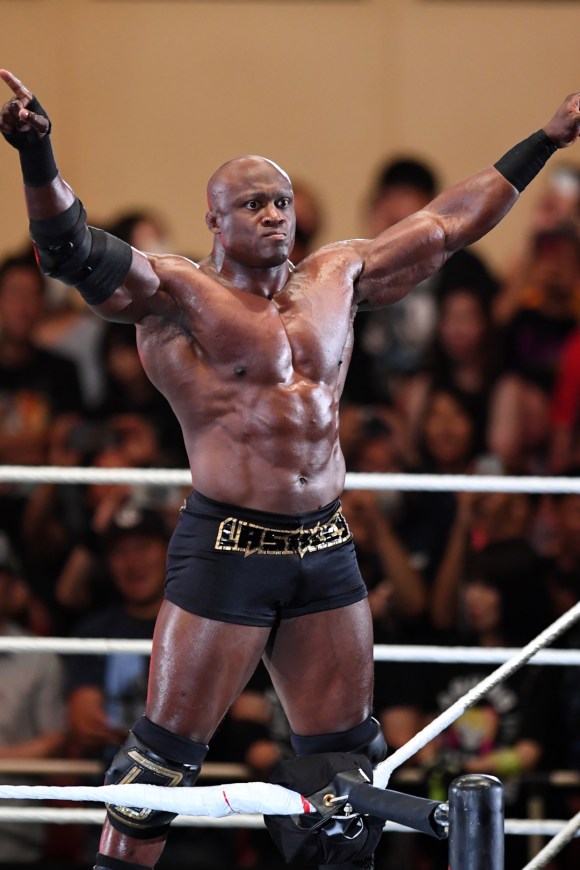 A couple of weeks ago, news broke that former WWE wrestler (and independent stalwart) John Morrison was returning to the mothership. While he was never the most-loved performer, Morrison is a fantastic wrestler in his own right, with a fun-if-purposefully-douchey gimmick as a Hollywoodesque celebrity. And yet, returning to WWE at this moment, without the name recognition of, say, Brock Lesnar, or Batista, or Goldberg, feels like a mistake. There are simply too many good wrestlers in the company, wrestlers that fans would pay to see, to make room for one more whose biggest claim to fame is Lucha Underground, an underwatched wrestling telenovela of sorts.

Typically, this could all be easily excused from both sides. For wrestlers, WWE provides a national stage whenever they do get onscreen, as well as more financial security than the indies ever could provide. And for WWE, every great wrestler on the roster is one fewer great wrestler that can go to a competitor. But that’s the thing: With All Elite Wrestling popping up as a viable competitor with a sizable TV audience, why bury yourself amongst the talented dregs of WWE? And even if you don’t go to AEW, there has likely never been a better time to test the independent circuit.

That’s what Harper’s release, specifically, signals: There is life outside of being in the machine. Harper is a mobile, skillful big man with a great look and interesting promo chops. He should have been, at worst, a mid-tier star in WWE. Instead, after years of toiling in various tag teams and under-card roles, with that one title run thrown in, he decided that national obscurity was worth less than carving out something more. Not every WWE wrestler can afford to bail out and try, as Harper seemingly will, but plenty have the talent and fit to work elsewhere. Is taking that risk better than sitting in catering and collecting a paycheck? Maybe, maybe not. But the WWE product is in many ways a huge disappointment because of problems like this, where talented wrestlers are forgotten simply because there are too many of them. The future outside of the company is foggier, but bursting through that and trying to make it elsewhere has never been more of a viable option than it is right now.