Since hitting the scene as a pageant girl in the mid-1980s, Halle Berry has been recognized, known, and respected for her style and beauty. 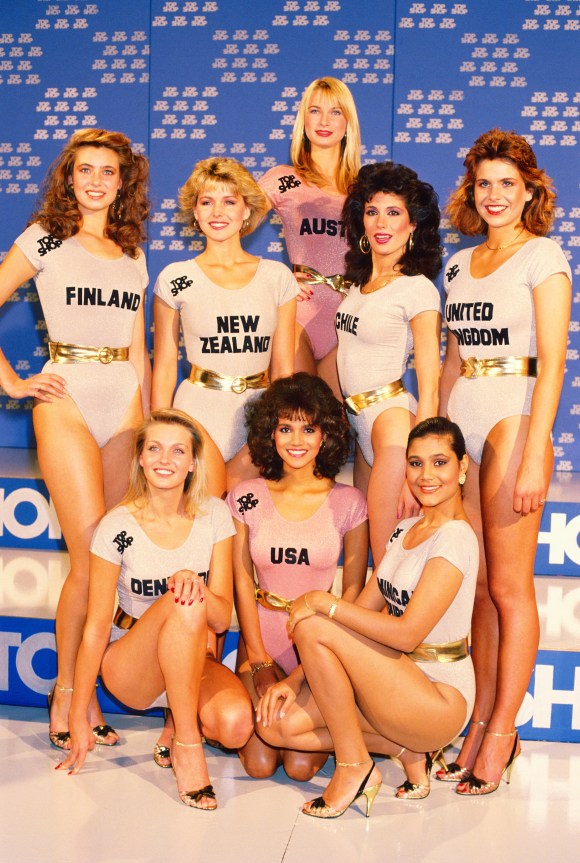 One of the most celebrated actresses of all-time, Halle is still continuing to set trends some thirty odd years into her career having just about every role you can imagine. From dramatic films like Losing Isaiah, to her portrayal as Storm in the X-Men series, all the way down to her groundbreaking directorial debut with the Netflix exclusive film Bruised, Halle has truly done it all.

With tomorrow being her birthday, and us doing what we do in style, we thought we would take a look at some of our favorite Halle Berry movie fashion moments. Let’s rewind shall we? 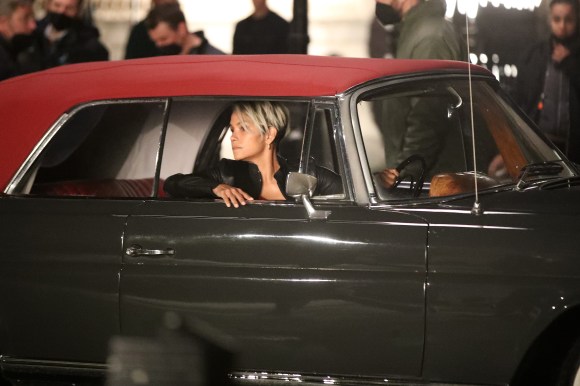 Vivian. Or as Berry herself likes to say, “The Crack Hoe.” An actor’s film debut is always memorable because it’s the first, and even though Vivian did look a little wild, she was still super pretty.

Berry was on her grind in the year 1991 as an up-and-coming actress, but boy did she leave her mark. So many memorable looks were served in this film that we had a hard time picking our favorite. So we’ll cop out and call it a tie between all of the looks.

Portraying Angela Lewis, Halle showed her style versatility in this film with both dressy and streetwear looks. Our favorite is the oversized white tee that had her looking like the fourth member of TLC.

Who could ever forget Berry’s portrayal of Sharon Stone in The Flintstones? This entire look was killer.

Halle is going to run and fight for her kids darnit (Twitter heads will understand). While the plotline of Losing Isaiah was a sad one, this was the beginning of the mid-1990s style evolution that we began seeing from the actress. 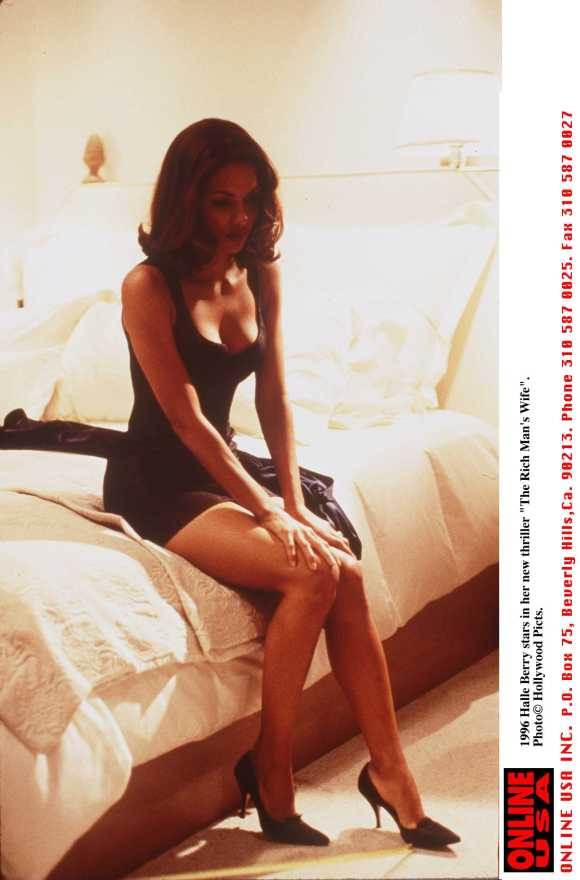 That mid-90s style evolution that we just mentioned? Her looks in The Rich Man’s Wife were a classic example of that. The voluminous 1960s/70s hair and elegant dresses were a huge part of women’s fashion during that era, and Halle did her version of it beautifully. 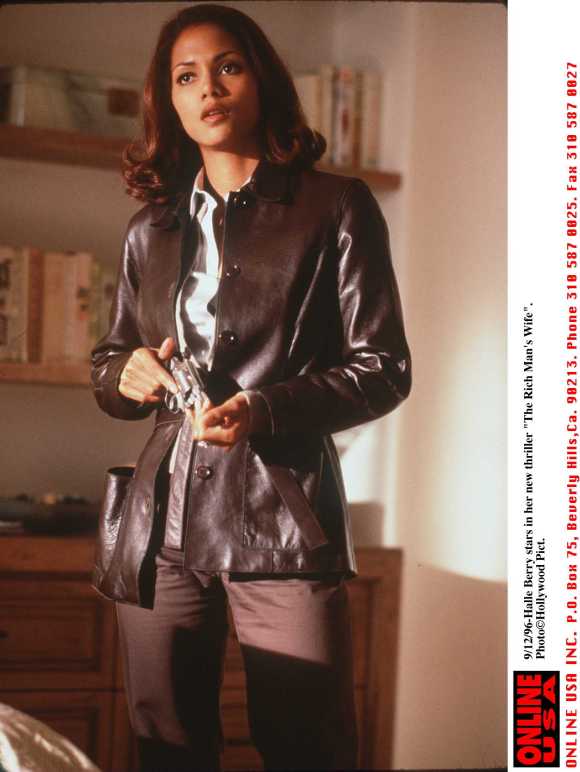 Miss Nisi baby! The orange jumpsuit. The blonde hair. The nails. This is probably Halle’s most recreated Halloween look that people use to pay tribute to her. 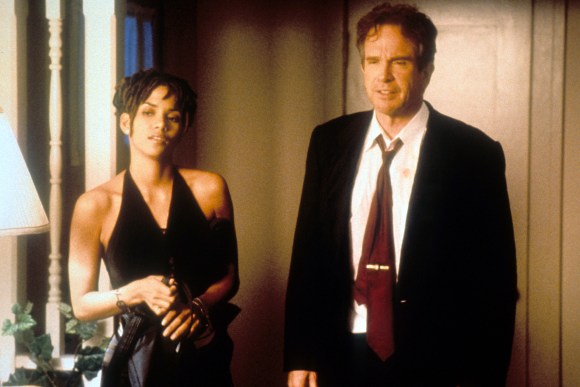 Honestly, it was the twists for us. The twists definitely stole the show with this one

Once again, Halle was effortlessly bringing back those 1950s/1960s looks.

Nearly two years went by between the release of Why Do Fools Fall In Love and X-Men, and Berry used the break to reinvent herself both personally and professionally. Up to this point, Berry had primarily starred in drama, romance, and comedy films.

So coming back from her hiatus as a famed comic book superhero for what wound up being one of the best film trilogies ever (we’re just talking about X-Men, X-2, and X-Men: The Last Stand here) was epic. Not only that, but it paved the way for the roles that would follow for her.

Halle Berry, Missy Elliot, Kelly Rowland, and Reba McEntire loved that short flip cut in the early 2000s, and they all did it well too. Halle’s looks were killer in this film. 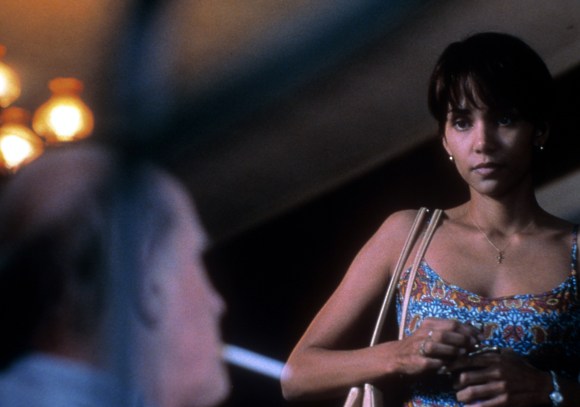 Of course we can’t leave out the film Halle won an Oscar for. 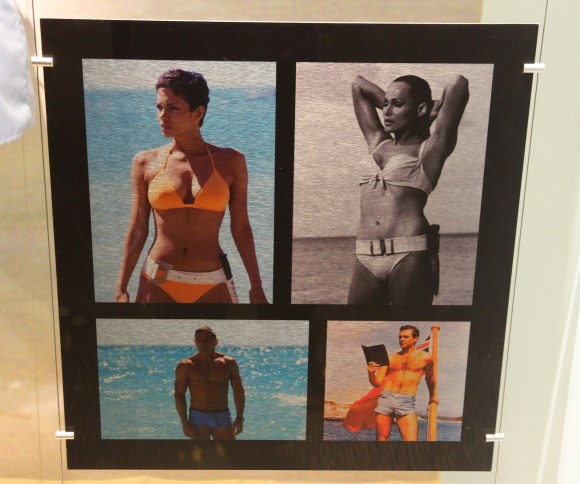 Being a Bond girl is just simply epic. Not many actresses get the opportunity to do that, and to have done so as a Black woman (one of the few to do so) is still incredible. 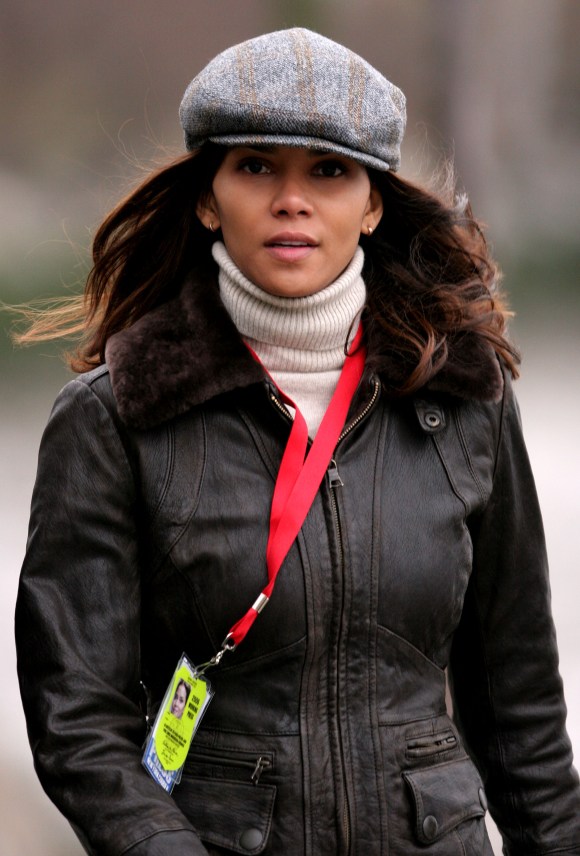 First of all, this was an awesome movie. Highly suggest checking it out if you haven’t already. Second of all, Berry looked simply through the entire film.

Not only is The Call still a popular movie in 2013 (it was recently the most watched film on Netflix), but her look in the film is one that has withstood the test of time.

Bruised is the new era of Halle Berry. One that defies the numerous age limits and restrictions put on women in various fields, and the beginning of her mark as a director.

Obviously we could have listed every single film Berry has been a part of, as she has looked incredible in all of them. Happy Birthday to a queen.

Rihanna: From Muse To Billionaire
The 13 Best Prince Fashion Moments, and The Eras That Went With Them
How Whitney Houston Dominated Fashion In The 1980s and 90s