When Kanye West signed his multi-year partnership with adidas in 2013, most didn’t assume that within six years, the Chicago-native would be nipping at the heels of another legendary Chicago sneaker figure—Michael Jordan.

Jordan Brand, expected to generate about $3 billion in 2019 sales, has been an industry leader since Nike released the Air Jordan series in the mid-‘80s. Yet, in just six years, West’s adidas Yeezy line is expected to take in $1.5 billion in 2019.

During his unparalleled ascension with adidas, West has produced classic sneakers consistently. None have been more successful or impactful on the bottom line than the adidas Yeezy Boost 350. The brilliantly designed slip-on, constructed in Primeknit fabrication and set atop adidas’ Boost cushioning, has been a best-seller since its debut in September 2016.

The very first Yeezy Boost 350 (a textured, heather gray iteration deemed the “Turtle Dove”) set the tone for the neutral collection. Many of the styles that followed the “Turtle Dove” where monotone or, at very best, one primary shade with a contrasting “SPLY 350” side stripe, adding a jolt of color to the shoe. But this month’s highly-touted adidas Yeezy Boost 350 v2 “Yecheil” might be the loudest Yeezy to date. 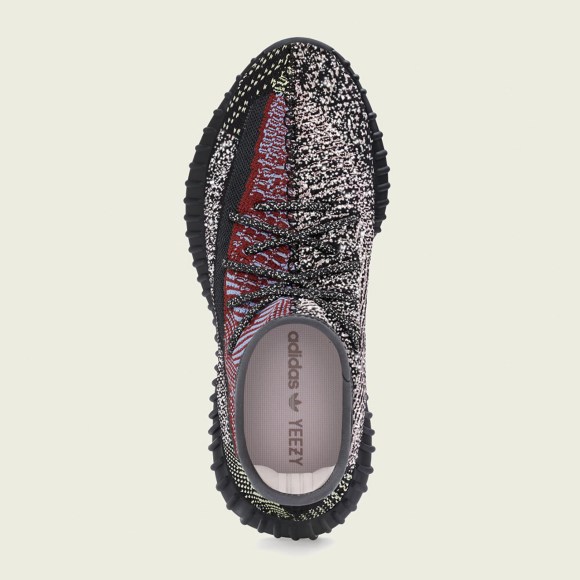 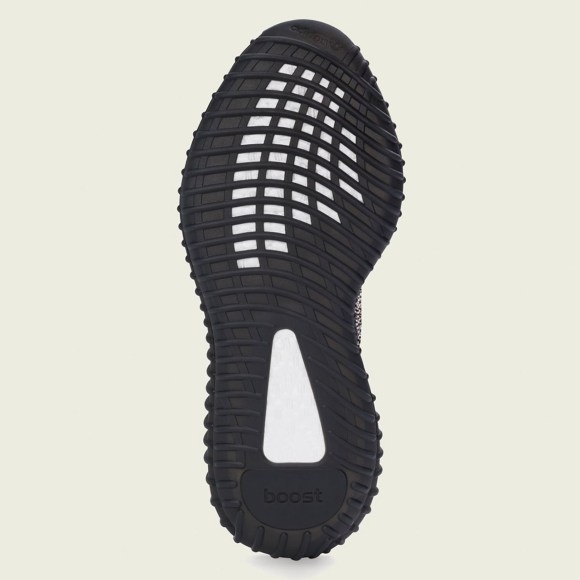 Quickly ranking among the most complex Yeezy 350’s since the silhouette came to market three years ago, a bold union of color with pattern complements the shoe’s “Yecheil” moniker, meaning “May God live” or “God shall live” in Hebrew. Like the earliest Air Jordan colorways—which paid homage to Jordan’s Chicago Bulls team colors—shades of black and red litter the low-cut silhouette, with Primeknits in colors like soothing gray and light blue.

As with most Yeezy Boost 350 v2 releases, the “Yecheil” is coveted. The amount available has increased since the early days of adidas Yeezy. Previously, only a few hundred pairs circulated through a small number of premium retailers. If you were lucky enough some, you were the only one among your friends with such luck.

West promised to make the shoes more available after becoming aware of the age-old supply and demand gap, stating that in the years to come, each release would be produced on a broader scale. West has delivered on that promise, but the popularity of the Yeezy Boost 350 made it difficult to keep the product in stock, even after the increase. 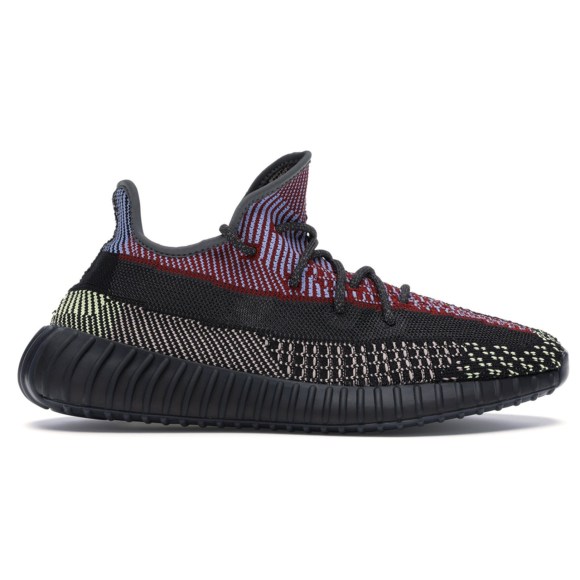 That exclusivity has made the ease of purchasing on StockX an obvious choice for many. The “Yecheil” Yeezy Boost 350 v2 launches at select retailers on Dec. 19, but if you want to save time, cop a pair early on StockX.