A game-winning shot in 1982 transformed Michael Jordan into the man we all know and love. This new Air Jordan 1 tells that story.

James Worthy was the man that night. “Big Game James,” as he was affectionately known, was the University of North Carolina’s hope for a title in the 1982 NCAA championship game against the Patrick Ewing-led Georgetown Hoyas. Worthy and Sam Perkins were tasked with scoring close to 40 points between them for their team, viciously crash the boards and, more important, do their best to limit the near-unstoppable Ewing. Worthy did his part and then some, pouring in 28 points while shooting 75 percent from the field. Perkins chipped in too, tallying 10 points of his own and seven clutch rebounds. But Ewing was as unstoppable as he had been all year, dominating the Heels with 23 points and 11 rebounds.

As many anticipated, the championship matchup was close. And even though UNC was the more balanced of the two teams, coach John Thompson’s Hoyas had a fighting chance because, well, they had Ewing. Michael Jordan, a sophomore standout one year after winning the ACC Freshman of the Year award, wasn’t a footnote in the game but he wasn’t on the marquee next to Worthy and Ewing either. The game’s final seconds would forever change that narrative.

Jordan, who’d scored 14 points and led the Heels in rebounding that night, rose up from the wing—with only a few ticks remaining on the clock—and nailed a game-winning 16-footer, leading Hall of Fame coach Dean Smith to his first national championship and UNC to its second. For any other player, this hallmark moment would be the greatest achievement of their professional career. For Jordan, it was simply where his unrivaled legacy began.

“That was the birth of Michael Jordan,” Jordan joyfully reminisced while speaking to the late great Craig Sager back in 2016 when UNC was in the NCAA Final again. “Before that, I was Mike Jordan. All of a sudden I made that shot and I’m Michael Jordan.”

Before that, I was Mike Jordan. All of a sudden I made that shot and I’m Michael Jordan. 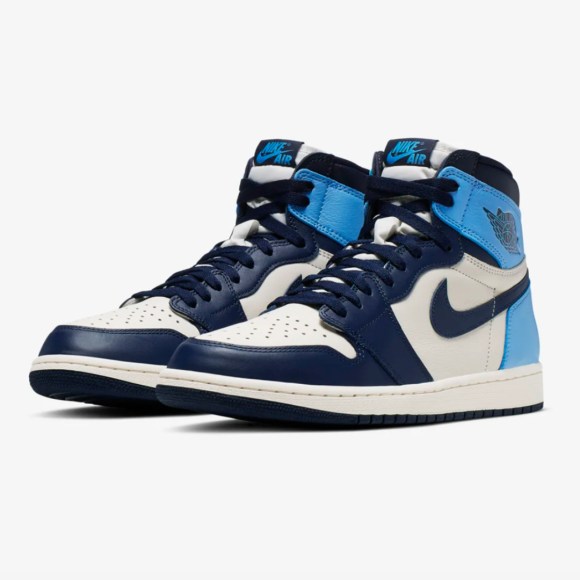 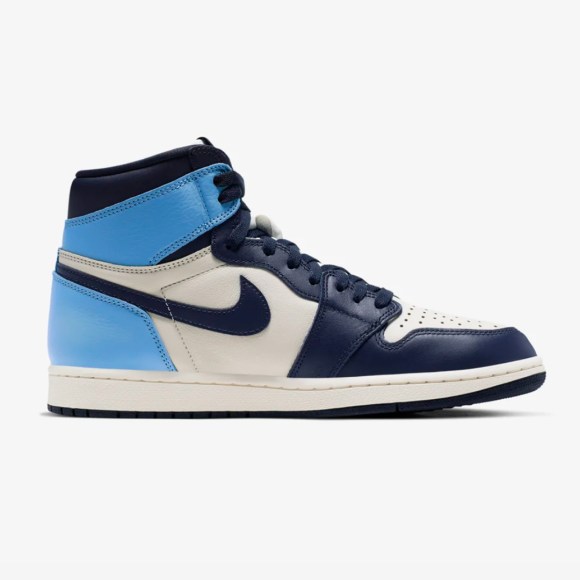 This Saturday, Jordan Brand honors that transformative moment with its Air Jordan 1 “UNC” edition. Hardly the first UNC-inspired Air Jordan 1 and likely not the last, this iteration pays homage to Jordan’s alma mater with a new Obsidian colorway. This particular palette was first seen on the Air Jordan 11 “Win Like 82” in November 2017. Now it appears on Jordan’s first signature shoe for the second time this year, following a very similar women’s pair in patent leather released in February. 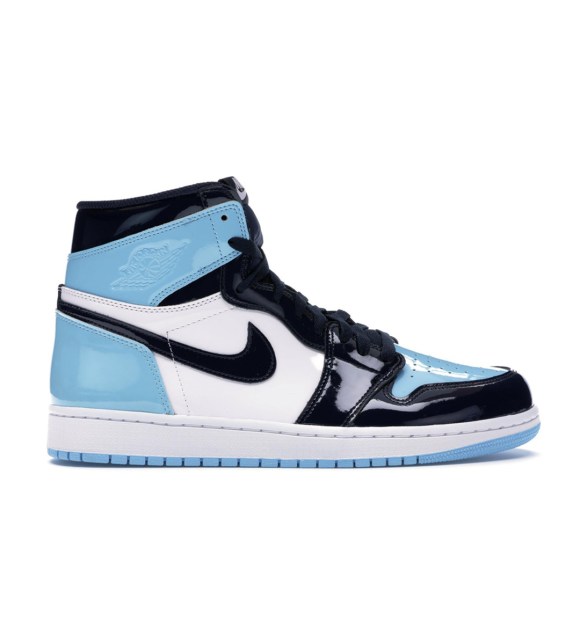 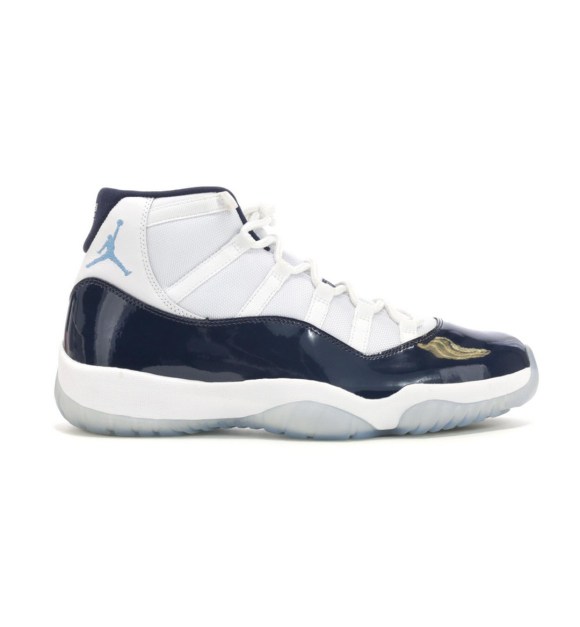 The very first UNC Air Jordan 1 debuted among the silhouette’s original colorway in 1985. Its importance is likened to the timeless “Chicago” and “Banned” styles, representing critical junctures in Jordan’s legendary journey. Excitingly, the “UNC” has seamlessly leaned into the popular culture. Reimagined by Virgil Abloh in his “The Ten” series last summer and by famed skater Eric Koston, who helped Jordan Brand roll out a Nike SB x Air Jordan 1 Low “UNC” this month, cultural currency surrounding the Carolina Blue sneaker has never been higher. This weekend’s release is a fitting crescendo. 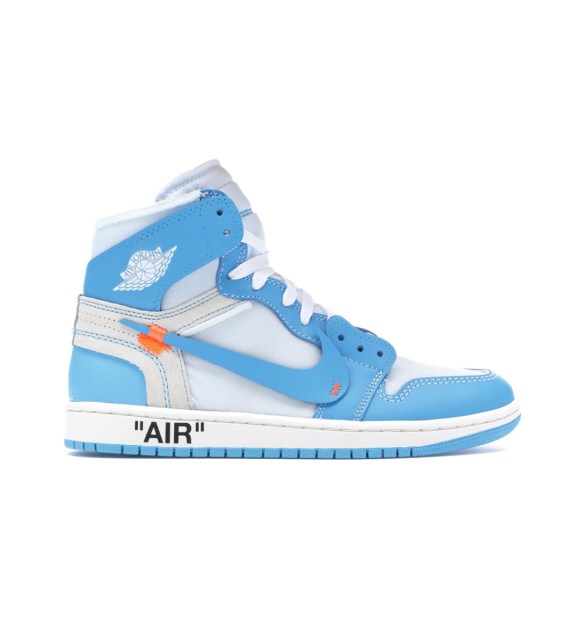 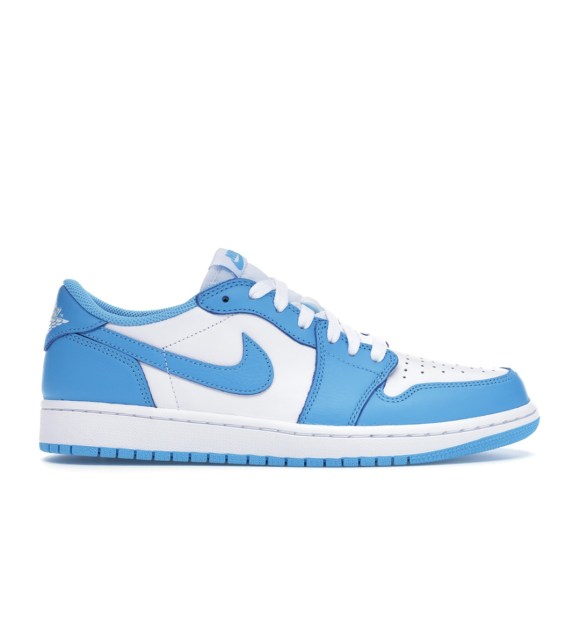 Launching this Saturday, August 31, at 9 a.m. ET, the Air Jordan 1 “UNC” will be available for $160 at select retailers, including Nike SNKRS.