The NFL season may be coming to a close, but it is never too late to cop your favorite team’s jersey. Here at ONE37pm, we are giving our take on some of the best and worst NFL Jerseys. We already know that you will agree with all of our choices, so there is absolutely no need to debate us on this one.

Jokes aside, this isn’t a power ranking based on the team’s overall record—we based our picks solely on the aesthetics and creativity of each team’s jersey combinations. Some organizations have gotten the memo to update their threads, while others still need some work. 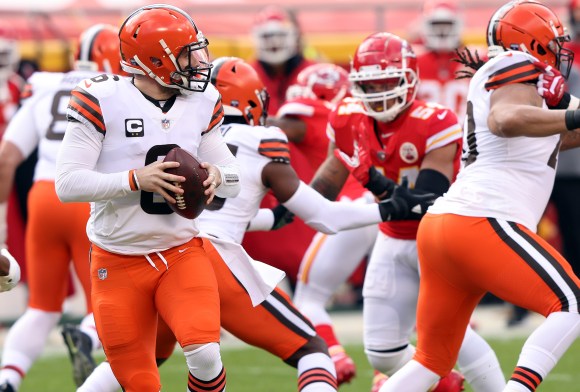 This is an editor’s pick, and I am putting the Browns on here whether you like it or not. Now to be fair, Cleveland did update their uniforms this past season, but in all honesty, they didn’t really change too much from the 2015 edition. The update was simple and reflected not only the Browns culture but also Cleveland’s scenery and environment. In Ohio (especially Cleveland), we tend to wear a lot of Fall colors (even in different seasons), and Ohioans are known for wearing jerseys regularly. The Browns did a great job of keeping their fans in mind with these designs.

Not too shabby overall, plus it didn’t hurt that the Cleveland Browns had their best season in a long time, making the playoffs for the first time in 18 years. 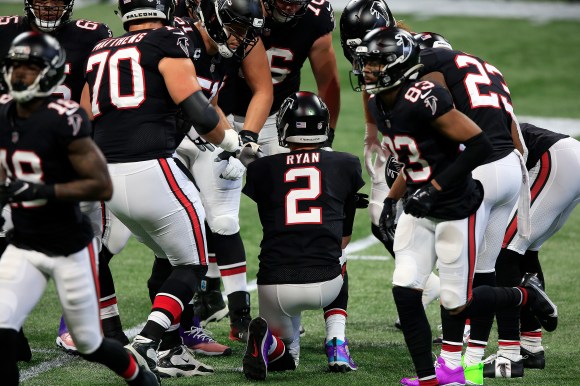 Don’t start! No negativity will be allowed when discussing the Falcons’ uniforms.

You can say what you want about their record, but there is no denying the fact that the ‘Dirty Birds’ have some of the freshest uniforms in the league. They give you versatility with the red, black, and white, and the uniforms catch your eye not only on television but in person as well. The Falcons threads almost look unreal, and they compliment the black helmets nicely. 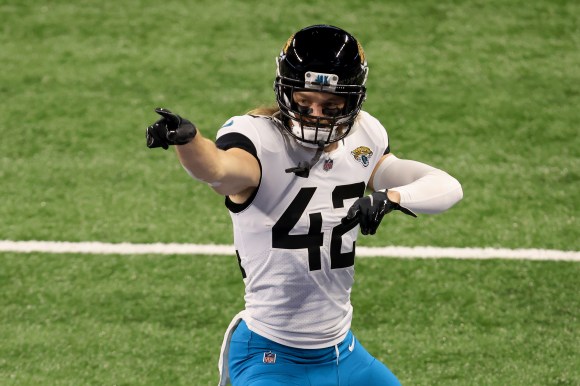 Sorry Jaguars fans, but these unis are the three Bs: bland, boring, and blah. These jerseys just feel outdated, and there is nothing about them that captures your attention. The color scheme is cool, but the overall design makes the uniforms look more like a t-shirt as opposed to a jersey. Make no mistake, these are definitely better than the 2013-2018 look, but where are the mixtures? You have to experiment! The helmets are dope though. 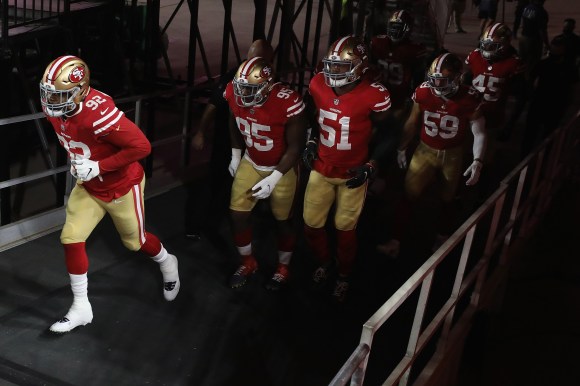 The 49ers are probably the most experimental team in the NFL when it comes to their uniforms. They aren’t afraid to try different colors and mixtures. The black and red alternates are always a nice surprise whenever they wear them, and the red x gold combo is rich and vibrant. The white unis could be reworked—they could try replacing the red stripes with yellow to compliment the pants. Other than that, the 49ers’ uniforms are a hit. 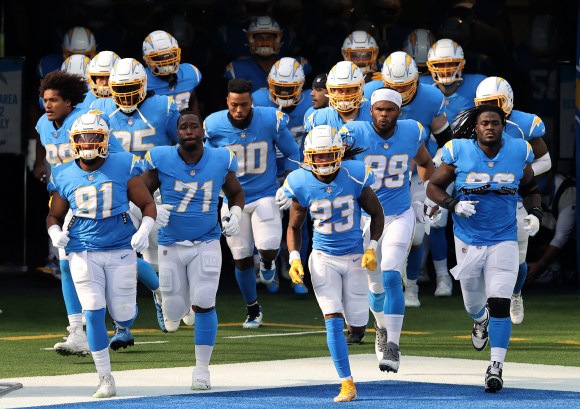 The Chargers were another team that got a new set of uniforms for the 2020 season, and they lived up to the anticipation. The Chargers gave us six new combinations, and every single one of them were a thing of beauty. The powder blue jerseys are a nice baby blue color pattern pairable with either the white or yellow pants. While not the most dynamic of the bunch, the white jerseys get the job done. The royal blue Color Rush is gorgeous, and so is the navy blue. If you are going to move to Los Angeles, you have to look the part, and these new uniforms are L.A. to the fullest. 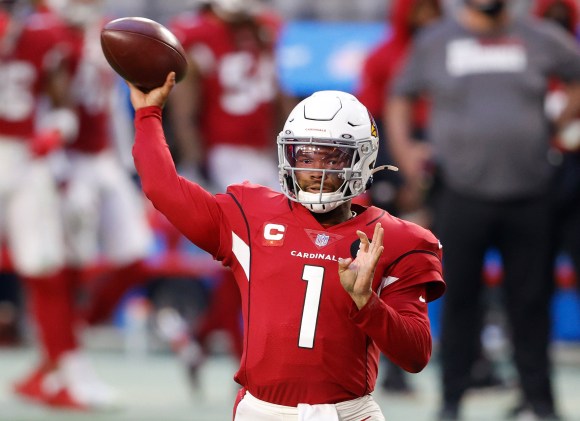 It appears that the Arizona Cardinals live by the motto ‘If it ain’t broke, don’t fix it.’ While technically not broken, the Cardinals could actually fix it up just a little bit. The Cards haven’t really changed much over the past 20 years, and they should consider updating their uniforms to look more modern. The helmets and facemasks need to be revamped, and the stripes are awkward and misplaced as well. Come on, Arizona! Switch it up a bit! Live life on the edge! 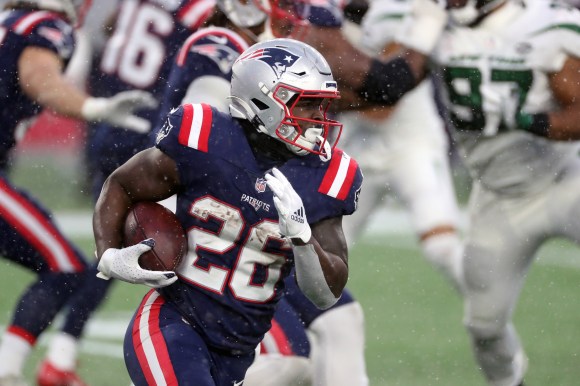 The Patriots may be a little upset that Tom Brady is taking another team to the Super Bowl, but perhaps they can find solace at the fact that their uniforms are absolutely sick. These threads are quite possibly the best the Patriots have ever had. While the blue unis work well, it is the white that stands out the most. The thick shoulder stripes were a much-needed improvement, so this change was a good call by the Patriots organization. 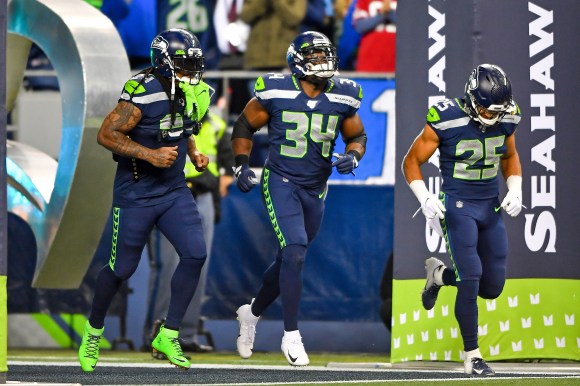 Some like these threads, some don’t. The bold neon green was a daring decision but a solid move in our decision. The Seahawks uniforms are very ‘university’ like, but that is absolutely okay because Seattle itself is very much a tourist university-like city. The rest of Seattle’s combos are great, and reworking these jerseys have proven to be a lucrative move, as they are amongst the NFL’s best-sellers thanks to Russell Wilson. 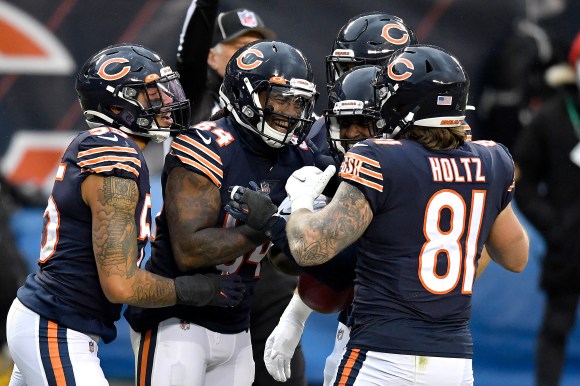 The Chicago Bears have one of those classic uniforms that will never go out of style; traditional yet simple. Chicago does a decent job at giving three very different looks that still remain true to their team colors and the overall style while mixing the new with the old. Now the Bears have received some criticism for looking too ‘retro’, and because we have gotten on other teams for their outdated jerseys, we have to admit that is a fair critique. The NFL seems to be heading towards a futuristic look, and the Bears could stand to make some improvements, but those changes could easily be made with their next update. 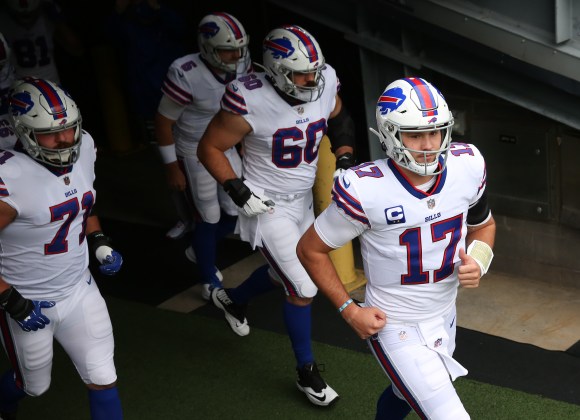 The Buffalo Bills do red, white, and blue better than any other team in the NFL (and that includes the Patriots). The Bills uniforms always look crisp, and that is because Buffalo has never been afraid to experiment with color schemes and patterns. The spacing between the names and Jersey numbers is perfect, and so is the font size. Buffalo has the right idea, and more teams should pull from them. 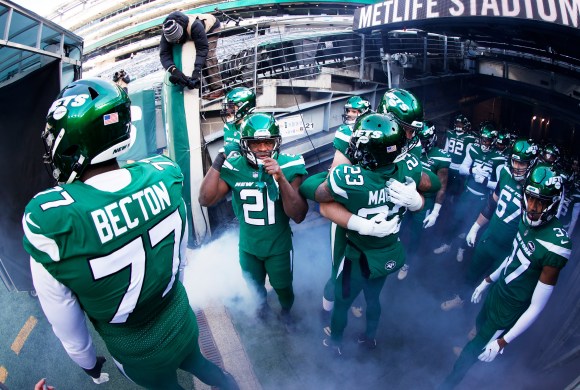 Jets fans already deal with a lot of emotional turbulence, so we won’t say their previous uniforms were ugly—instead, we’ll use the term ‘visually unappealing.’

The Jets were in desperate need of a new uniform set and delivered with this latest update. Lighter colors tend to bode well in the NFL, and the Jets made a sharp move with the decision to go with a brighter green color for their home jerseys. The all-black color scheme for the alternate jerseys works well with their helmets and looks pretty dope on the field. These color combos are nice, and the Jets can probably skip the 2024 update if they wish. 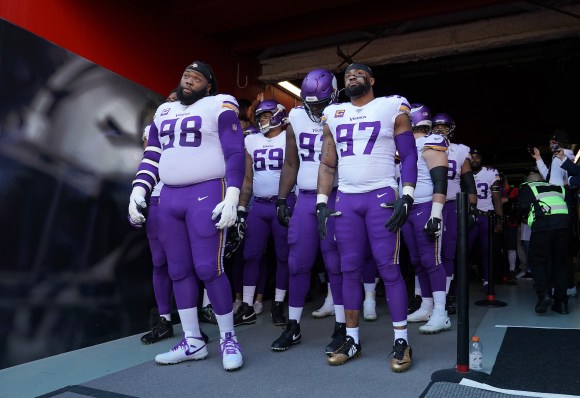 Purple and gold is always a good blend, and while some may believe that these current uniforms could be better, they are certainly an upgrade from their previous editions. Solid matte threads are tricky—they looked great several years ago, but are now beginning to look old-fashioned. The solid purple helmets are awesome, but Minnesota should consider changing the font and stripe design. It makes the uniform look very 2010 as opposed to 2021. This might be a bold suggestion, but it wouldn’t hurt to add more yellow (or even make the entire jersey yellow with purple and white mixtures). The Lakers did it beautifully, so it can be done. 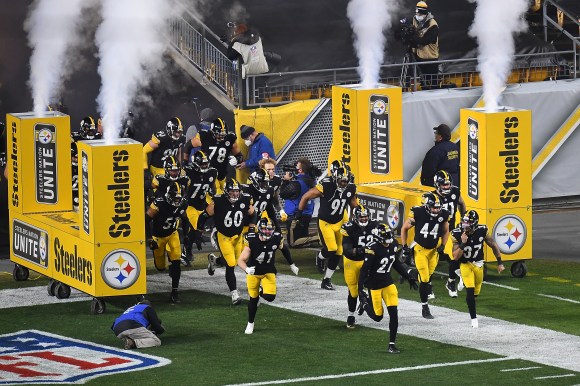 This may be a hot take, but the Steelers could make a case for having the best uniform selections in the league. Their standard black and yellow jerseys have aged well, and the all-black is a sick look. The color-combination is a banger, and the Steelers have come a long way since those terrible bumblebee uniforms. 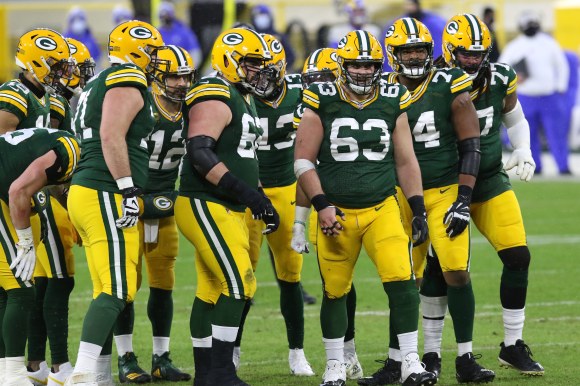 Consistency is key, and Green Bay always has great uniforms. Understanding the importance of placement and aesthetics, the Packers have a color scheme that works. Pants are a key element in making any Jersey standouts, and the white Color Rush pants with green x yellow sandwich stripes were an excellent addition to the Packers lineup. Those pants go with both their home and away jerseys, giving the team two totally different looks. The solid green jerseys remain a classic, and the Packers are one of the few teams in the NFL that can get away with not making major uniform changes. 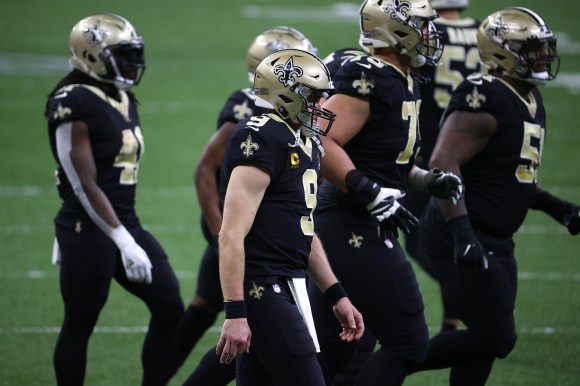 You can never go wrong with the classics. The white and gold threads are a timeless look that will always work for the Saints and their fans, and the same could be said for their all-black unis. The only real complaint is that the Saints are a little too ‘safe’ with their jersey choices. It wouldn’t hurt to see more gold incorporated into the design or even a solid gold jersey with black and white stripes. The Saints still have one of the best Jerseys in the league though. 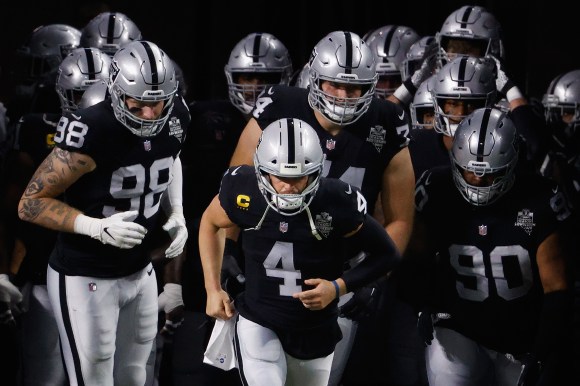 The Raiders jerseys are as close to perfection as possible. Their silver-and-black combination is basic, but it works so well. The Raiders have barely touched their color scheme (even dating back to Oakland and Los Angeles), and they likely won’t have to as their jerseys rank in the top five every single year. The unwillingness to change may not work for other teams, but it seems to work for the Raiders.

Who Has The Best Defense In The NFL? The Best 12 Teams, Ranked
Worst To Best: Ranking The NBA 2021 City Jerseys
Talking Cards With NFL Rookies Jacob Eason and AJ Dillon