“I don’t really like speaking on things until they happen,” Mamadou Bah, Founder/Creative Director of C’est Bon, remarks on the future of his brand—hot off his first appearance at Paris Fashion Week. The emerging designer has been running C’est Bon since 2018 through a series of pop-ups and activations, and last month he made his runway debut with a presentation during Men’s Paris Fashion Week S/S23. I had the chance to catch up with the Guinea-born, Detroit-raised designer to hear about the genesis of his label, basketball’s influence in his life and the importance of community in his process.

The Birth of C’est Bon

After moving to LA in 2016, Bah began working on his label in 2018 with a series of screen printed tee shirts. “I got into fashion late middle school, early high school, by way of sneakers. I ‘learned my Jordan numbers,’ as people say,” he chuckles to me. Despite the central positioning of fashion in his current worldview, Bah wasn’t always primarily focused on design: “I cared about it, but not to the true detail that I do now, because I only dreamed of playing basketball growing up.”

“Not being good/skilled enough and an ACL tear derailed my NBA dreams, which brought me back to my original love of fashion,” Bah tells me. During this period when he wasn’t going to school and could no longer play basketball, “design was an ease on my mind. I treat design just like hoops, a lot of practice and hours put in to be the best that I can be,” he says.

“I needed to figure out something else that I’m truly passionate about. And we’re here today,” he recounts with a grin. His nascent days scrolling Hypebeast and Complex eventually informed his entry into design, coupled with a lifelong love of music and art.

He and I discuss the evolving position of basketball in fashion, a now-symbiotic relationship that had peaks and valleys over the past few decades.

People used to make fun of basketball players and how they dress, but now everyone looks to them as a main source of inspiration.

Through his community in LA and the growth of C’est Bon, Mamadou is close with NBA players and many other well known creatives in the fashion space.

The Evolution of the Brand

The brand began primarily with screen printed tee shirts that Mamadou gifted/sold at a series of pop ups throughout 2018 and early 2019. At some of the first events, the shirts moved like hot cakes. At others, the sales were slow. Nonetheless, throughout he built a community with people like Bristol Studio‘s Luke Tadashi, music producer CardoGotWings, Barriers‘ Steven Barter and more as he established roots in fashion-oriented communities globally. Back in 2019, he conducted a not particularly successful pop up at Paris Fashion Week, foreshadowing his recent formal showcase at the mecca.

By around 2019, Bah realized: “Just screen-printing tee shirts and hoodies wasn’t really my calling, so I started making pants, cut and sew pants.” This was the genesis of the tactical pants, which remain paramount to the brand to this day. “We made a pair of tactical pants, that are literally like a staple when it comes to our brand now. That was our staple piece that took us off the ground for sure,” he recalls. The first pants released in September of 2019.

Since then, C’est Bon has grown due to its approachable but elevated take on utilitarian silhouettes, coupled with Bah’s community of like minded designers and fashion-adjacent creators. When I ask for his inspiration, he has an interesting answer: “I just try to stay in my own lane. So that way I’m not taking inspiration and literally copying all those other brands.” 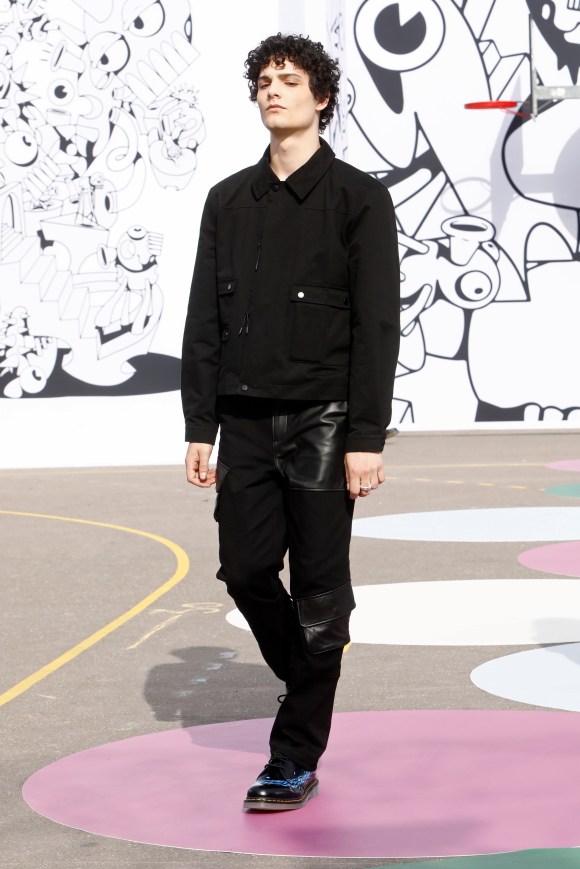 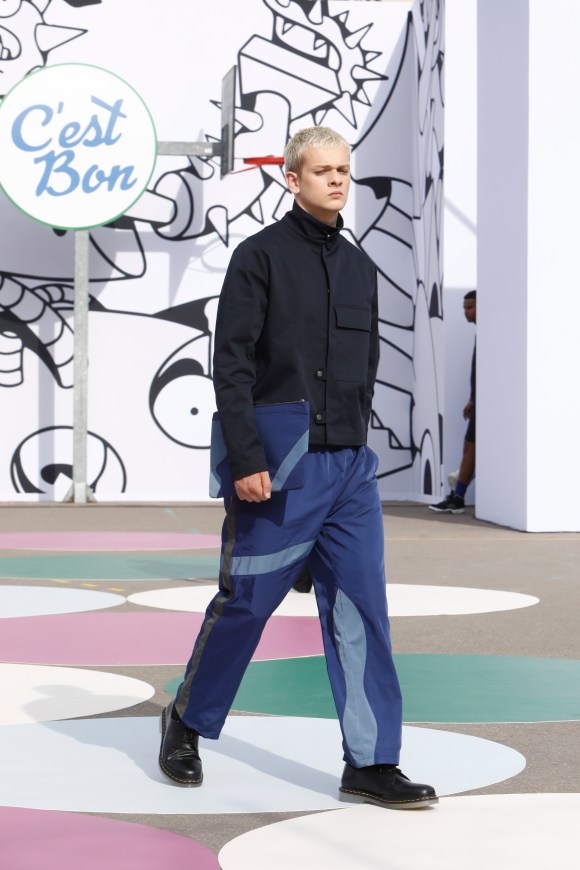 “This show, we’ve been planning it for a year plus now,” Bah tells me, before diving in: “When I first started the brand, I knew this was the level we would reach. Of course, I knew it was gonna take some time. But this one felt like the perfect situation. It’s the first one back from Covid, we have all this energy garnered around the brand now. We did our Jordan Brand collab. And we dropped our first full S/S collection. So I was like, ‘ok, next collection we do has to be full high scale.'”

He worked with an amazing visual artist and close friend Lalo to construct the show: “This collection came about just from casual conversations we would have in our office. One day, we were discussing how we saw the future of society; that sparked the idea of how we can make it parallel to today. Lalo was the first person that came to my mind to fully bring this idea to life in a tasteful manner.” Archie from Playlab connected Bah to William Romeo, a highly respected production team who has produced multiple high fashion shows: “It took a lot of pressure off of us to where we could focus on design.” 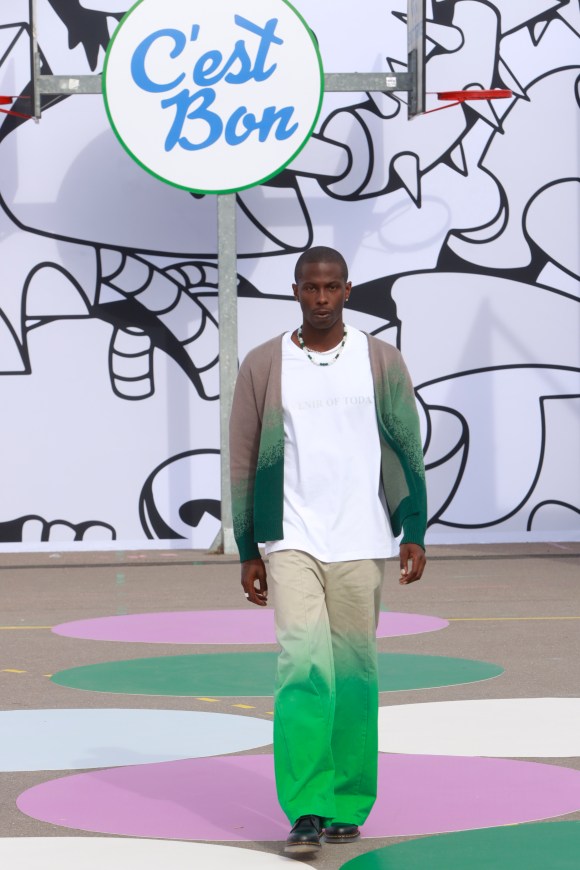 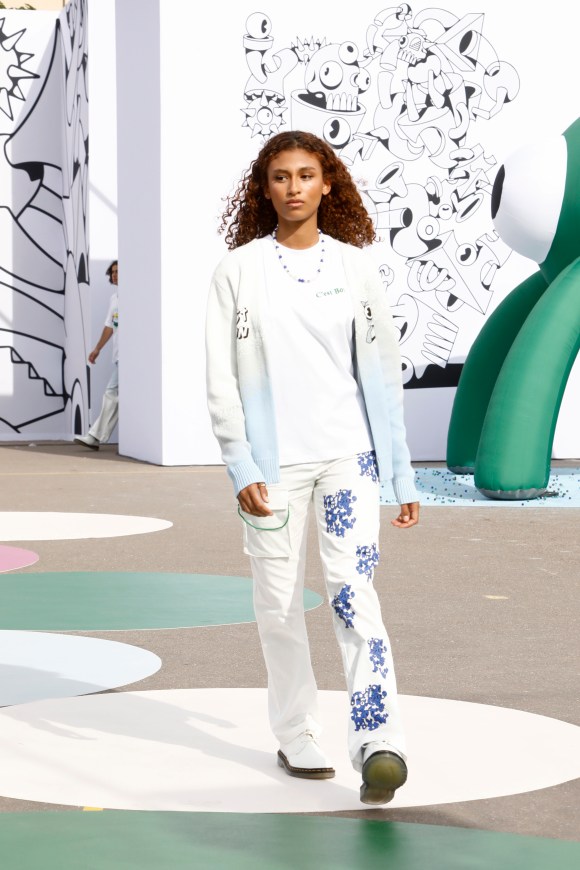 To my surprise after seeing the airtight nature of the show, the production was far from seamless. Despite planning to have a week ahead of the show for multiple fittings and tailoring, UPS held up the garments in customs until the day of the show. “Honestly the whole week was very stressful, but Kris Fe—our stylist for the show—made sure UPS got the product to us just in time by spending countless hours on the phone for 3 days straight,” Bah recounts, with gratitude that they pulled it off seeping into each utterance.

For Mamadou’s debut show, set design was a huge focus. He met Larry Tchogninou, who was a student at his friend Julian Gaines’ workshop. Larry runs a design agency called Points Of Sail with James Langford, and Bah ended up relying on them to construct the set design for the show: “Little stories like that, where I can help elevate my friends but still, we all just keep it going up together.” 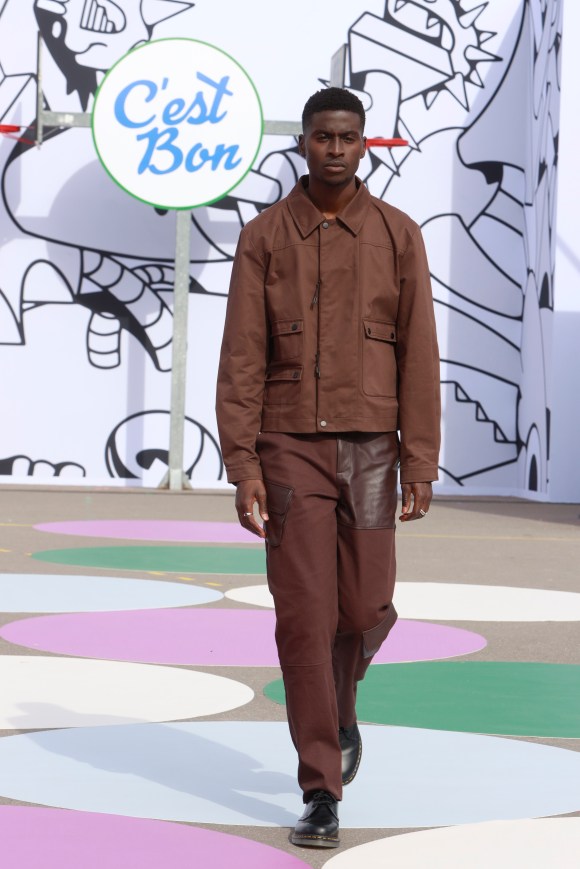 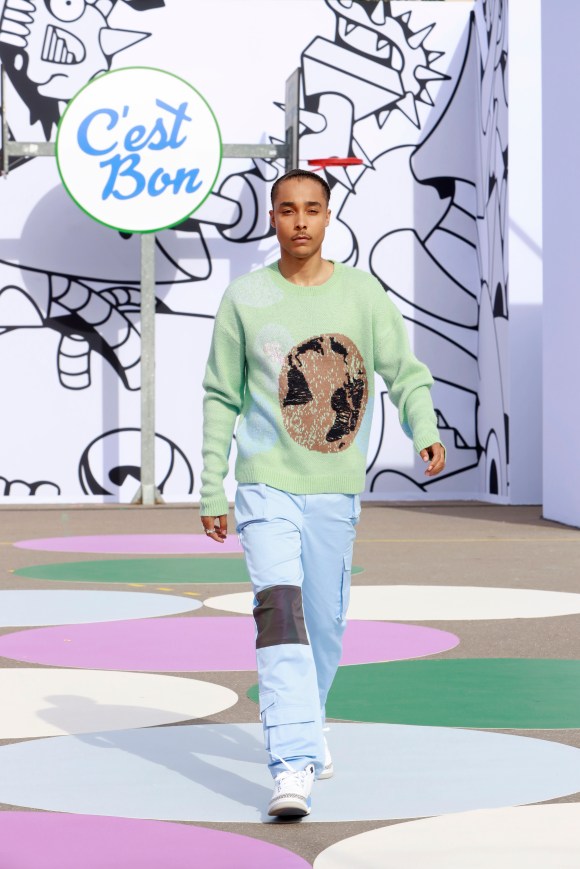 Mamadou leaves me with some advice for burgeoning creators of any kind: “If you aren’t happy in a situation, you just have to shift and move onto what truly brings you joy. When I feel like I’m not learning anymore, I have to move on to something I truly enjoy and am passionate about.”

Start immediately. Because if you don’t, someone else will.

And without going into too much detail, he teases a bit about the future: “I don’t really like speaking on things until they happen. But we have a lot of insane projects coming up, for sure.”