“Our goal is to constantly do cool shit,” Jamie Feaster tells me, succinctly summarizing the essence of his burgeoning cannabis brand, Country. And by cool shit, Jamie is talking about revitalizing the widespread perception of cannabis consumption. By creating a brand that emphasizes lower dose weed meant to go hand in hand with a hard-working lifestyle, Jamie and Country are working to revamp the way we as a culture view smoking marijuana.

The Genesis of Country 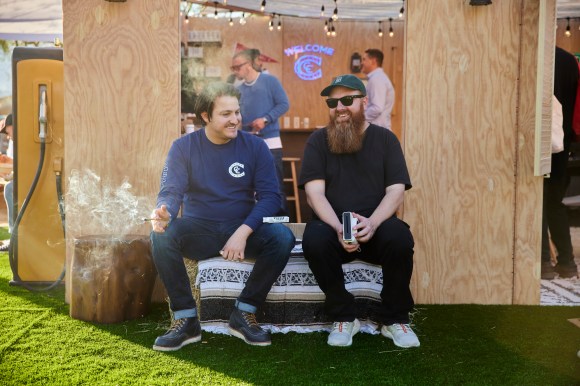 Feaster is one of the original founders of the app Eaze, which was essentially Uber for weed. During my time living in California, I was a frequent user of the app, which helped increase accessibility to cannabis at a wider scale.

A few years back, Jamie left Eaze to pursue other exploits in the fledgling world of legalized weed. He jumped around a bit consulting and advising for various startups, and eventually linked up with Rama Mayo of Green Street Agency and Gary Vee. The three of them looked through a list of names they had tucked away for potential future brands, and Jamie was immediately drawn to one name: Country. Growing up in rural Northern California, Jamie felt that there had long been a lack of cannabis products targeted towards non-urban smokers. “It resonated with me that there’s not a brand that’s appealing to this American, hard work ethic,” Jamie notes. So between him and Rama, the initial concept for Country was born.

“I want to do weed for everyone,” Rama said, leading to their process of deciding what kind of product was best suited for a demographic of potential smokers left out of the community for too long. “I like weed, but I always find myself getting too high if I smoke good weed,” Jamie chuckles to me, emphasizing “good” as he says it. I have a similar relationship to weed; I’m a longtime everyday smoker, but have never quite built up a tolerance that allows me to smoke casually or particularly productively. After doing some market research, Jamie found that the desire for low dose cannabis was there and being fulfilled by edibles, “but we’re missing low dose flower.” There are blends and other products that could simulate low THC smoking, but there was no truly premium flower option on the market that contained a lower dose of THC coupled with CBD. And based on some market trends that saw flower rebounding heavily in 2021, Jamie felt that the classic roll it up and smoke it version of weed was how they should go about launching their lower dose product. “Flower’s not going anywhere.”

Although they’re starting with a lower dose option, Country will eventually release something higher strength. “We think of ourselves as Budweiser, and we’re starting with Bud Light,” says Jamie. One of the primary questions for the brand quickly became: How do you make cannabis more accessible? And the answer: ​​”Make it less strong and make the brand more accessible.” They’ve tapped into this accessibility through giving the brand a more personable feel. Jamie’s phone number is on every jar of Country, and if you give it a ring, he’ll truly answer. “I respond, myself, to everything,” Jamie tells me, noting how people call the number fully expecting an automated response only to find Jamie himself, eating dinner and smoking weed on the other end.

They also had to determine how to build culture around the brand and the ethos driving Country. For that, they brought on art director Matt McCormick, whose iconic art style has now been meshed with the Americana feel of Country in their numerous pieces of merch. “He’s more elevated high design, and we’re intentionally more accessible,” Jamie tells me, referring to the merging of the two aesthetics.

As part of the brand’s commitment to doing cool shit, an opportunity to capture someone who perfectly encapsulates the Country brand arose. “We meet this guy Chad Justice through our photographer Hardy,” Jamie tells me. Hardy Wilson, the brand’s photographer, has a farm up north in California called the Mirabile Ranch. Chad runs cattle on the farm. Hardy introduced Chad like so: “His name is Chad Justice and he smokes weed every day.” So Jamie had to go check it out.

“He’s smoking a joint, mending a fence,” Jamie grins to me, describing his perfect introduction to the cannabis cowboy. It turned out that Chad grew up a mere 15 minutes from where Jamie was raised, a connection that foretold their chemistry. Jamie tells me how California is comprised primarily of rural towns like the one where he meets Chad, but we tend to focus on the major cities. “For us it was like, how do we tap into that and how do we build a brand around that?” Jamie posits.

Chad is a perfect symbol of what the brand is looking to create. He works hard and he smokes weed.

He also happens to be a hero. Jamie unravels an incredible story for me chronicling how Chad Justice managed to save Hardy’s grandmother’s house from a wildfire. There was a fire coming over the Napa hillside where Hardy’s family resides. Chad Justice, armed with the knowledge that Hardy’s 91 year old grandmother lived in a house directly in the fire’s path, drove a water tanker up about 20 miles from the farm, flooded her lawn and then put a sprinkler atop the house to keep the inferno from reaching it. “The fire burns right around the house, the embers are landing on the house but because the house is wet, the house was saved,” Jamie regales. In typical cowboy fashion, Chad Justice showed up in the nick of time to save the day. Sadly, one of Hardy’s family’s homes on the hill was lost, but his grandmother was spared by the Cannabis Cowboy.

As of now, Country boasts a roster of three varieties of cannabis. Jamie recently looked through the menu on Eaze and found that only 3 of the 53 single joints available that day on the platform contained any CBD, two of them being Country products. To explain the importance of CBD in their line, Jamie gets a bit technical, describing the process by which THC and CBD interact with our CB1 and CB2 receptors to create the high we know and love. CBD and THC interact symbiotically; “They both bind to the same thing in your body,” Jamie tells me, adding: “CBD, any presence at all, will keep THC from going too strong.” This is why they’ve prioritized including at least 6% CBD in all of the flower as well.

So our blends are, in a word, more balanced than any other joints on the market.

The three weed varieties offered by Country right now are Good Neighbor, Win the Day and Bienvenida. Jamie describes Good Neighbor as their “hard work weed,” the variety built around being able to remain productive. Win the Day is the “sporty-tailgate weed, a sort of afternoon pick me up.” And then Bienvenida “is our fiesta weed. It’s more social and stronger.” The name for the strain comes from Jamie’s lineage. His great grandfather was Adolfo Camarillo, a rancher who immigrated from Mexico in the early 20th century. The pattern seen across all of the Country jars is pulled from Adolfo’s saddle print. 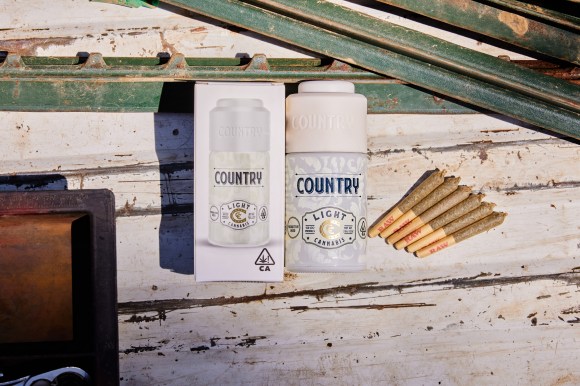 “It’s hard work weed,” Jamie tells me, again coming back to the notion of Country as being a variety of cannabis that doesn’t diminish productivity. “We believe cannabis has always been productive; people who smoke weed have been productive,” Jamie tells me, a belief that has been confirmed by various studies. “But in addition to that, we are making it even more productive by controlling for the high,” Jamie adds. “We’re just not letting it go as wild.”

The dawning era of legalized cannabis is bright and not just for the archetypal lazy stoner. Country and its products demonstrate a future of weed untethered from couch lock and traditional notions of the everyday smoker. “There’s no rule book to this. We’re just having fun, we’re just building products we care about. We’re having a good time.”

Green Street Opens Cannabis Hub in Downtown LA
How Hall of Flowers is Changing the Cannabis Industry
Juicy J and Dr. Dina Answer the Question: What is the Future of Cannabis?