The sneaker has become the new it-bag, and young tastemakers are now more likely to drop two weeksâ€™ rent on Yeezys with bubble waffle cone soles than a Fendi pouch or a Comme des GarÃ§ons wallet. As battle lines between streetwear and high fashion become increasingly blurred, the designers behind trending looks are coming from non-traditional places, and Kanye West is the connective tissue between a select group of young innovators who are disrupting traditional notions of how we define luxury.

Off-White has evolved into an unmissable Paris Fashion Week fixture, while other young guns like Salehe Bembury and Heron Preston are being tapped to work with brands like Nike and Versace. Meanwhile, Matthew M Williams and Jerry Lorenzo, both also former West collaborators, have brought an easygoing slouchiness to the runways. Here, we highlight five key names that are defining modern streetwear, mapping out the intricate webs that link themâ€”as well as the the superstar collaborations that jump-started their rise. 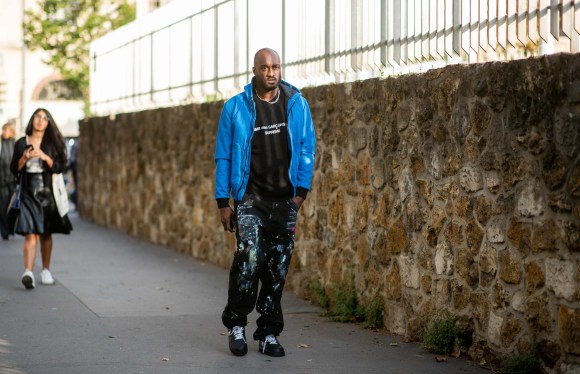 How he met Kanye: When he and â€˜Ye both did a Fendi internship in 2009

According to fashion legend, Illinois-raised designer Abloh, age 22, skipped part of his graduation from the Illinois Institute of Technology to meet with Kanye Westâ€™s team. The scholarly snub paid off. Working as Westâ€™s creative director starting in 2012, Abloh masterminded â€˜Yeâ€™s merch and was behind Watch the Throneâ€™s ornate album art. Now, BeyoncÃ© frequently rocks the designs of Ablohâ€™s streetwear label Off-White and heâ€™s recently put his indelible stamp on French high fashion, too. This June, Abloh unveiled his first collection for Louis Vuitton as menswear artistic director. It proposed a utilitarian twist on tailoring and knits branded with scenes from The Wizard of Oz (West bearhugged him on the runway after the show). Now, Abloh is taking his keen design nous beyond just your wardrobeâ€”an IKEA collaboration is in the works for 2019. 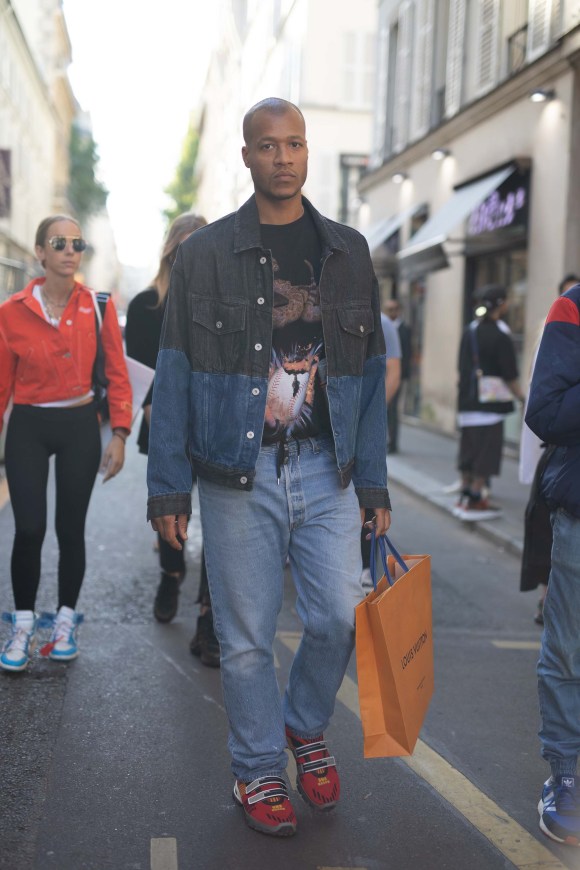 How he met Kanye: Through Abloh in the early â€˜10s

Preston hasnâ€™t got the streetwear game sewn up, exactlyâ€”think more vacuum-sealed. For Kanye Westâ€™s Yeezy Season 3 catwalk show invitations, Preston pulled an all-nighter and packed 800 bomber jackets in airtight FoodSavers to send out to guests. A founding member of the hybrid art/party/streetwear collective BEEN TRILL alongside fellow West collaborators Matthew M Williams, Virgil Abloh and Justin Saunders, Preston has been showing his own fun twists on comfy streetwear in Paris since 2017 (hoodies come emblazoned with herons, geddit?) and was repping NASA in his designs way before Ryan Gosling got starry-eyed. Banner collaborations are par for the course for Preston: Nike and Off-White, sure, but also unconventional team-ups like a recent project with the New York Department of Sanitation. Last year, the 34-year-old reworked old NYDS scrubs into enviable new pieces in support of New Yorkâ€™s 0x30 initiative to reduce landfill waste. 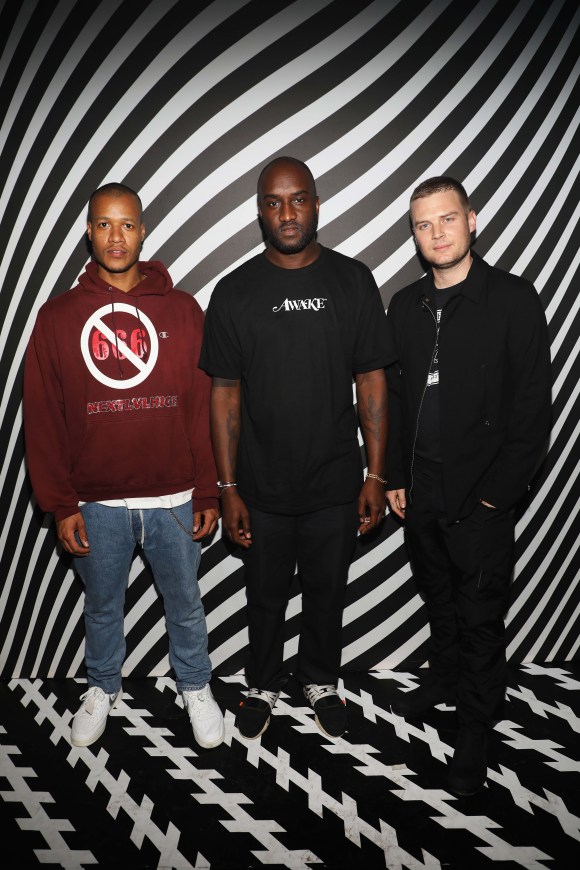 How he met Kanye: When Williams createdÂ a jacket for the 2008 Grammys

Many poked fun at Lady Gaga and Kanye Westâ€™s ill-fated 2009 co-headlining tourâ€”but if thereâ€™s anyone who could be the unlikely link between Mother Monster and â€˜Ye, itâ€™s Matthew M Williams. The Cali-born designer created and styled many of Lady Gagaâ€™s viral looks that put her on the fashion map before becoming Westâ€™s art director circa My Beautiful Dark Twisted Fantasy. Williamsâ€™ designs at luxury streetwear brand Alyx draw from his lifelong obsession with U.S. skater style, as well as incorporating futuristic fabrics and clunky hardwear. His SS19 menswear show was even likened to a high-tech dystopia. Given the times we live in, there may be nothing more American than that. 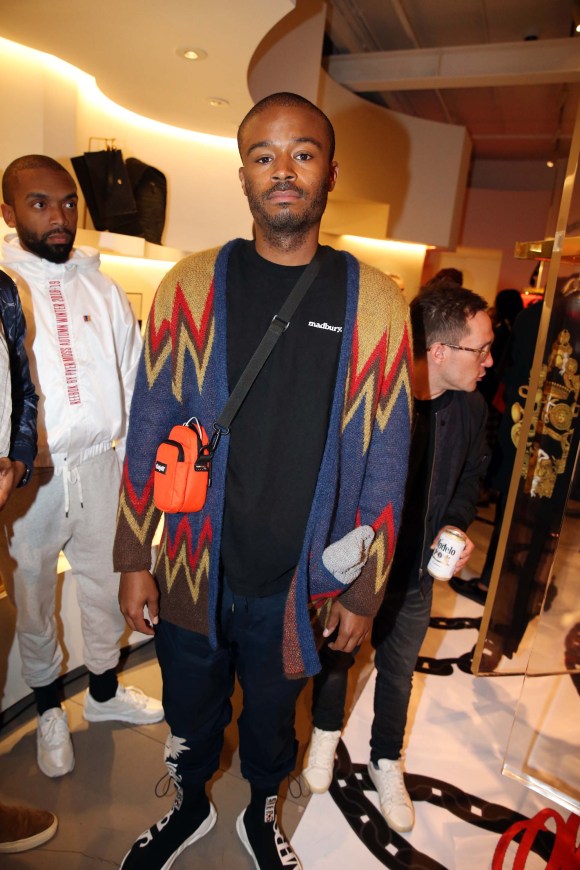 How he met Kanye: After reaching out to Yeezy in 2015

All apologies to Diana Ross, but the hottest chain reaction of 2018 is a sneaker. Versaceâ€™s sneaker designer Salehe Bembury crafted the delightfully garish Versace Chain Reaction shoeâ€”with flashes of acid yellow or leopard print, and a chain-link rubber soleâ€”which flew out of stores this spring and onto the feet of sneaker fetishists like Migosâ€™s Offset and Ruby Rose. After regular degular beginnings at Cole Haan, the Tribeca-raised Bembury switched gears to work with West on his fashion line, developing both Yeezy Season 3 (the one with the insane Madison Square Garden show) and Season 4 (where Teyana Taylor slayed the Roosevelt Island runway). Bemburyâ€™s a man of few words, but has described working with â€˜Ye as a meaningful rite of passage. He told Sneakers Magazine: â€œI was able to help bring Kanyeâ€™s genius to fruition, while being a sponge in the process.â€ 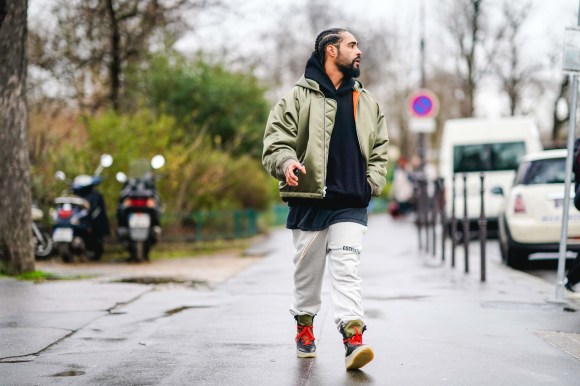 Designs for: Fear of God

How he met Kanye: After launching Fear of God in 2012

Stick a pin in the music A-list and youâ€™ll easily hit a fan of Jerry Lorenzoâ€™s smartened-up streetwear label Fear Of God. Zayn and Bieber have repped his designs, and Lorenzo created custom pieces for Kendrick Lamarâ€™s DAMN. tour. But West got there first. Five years ago, after seeing a mutual friend wearing a Fear of God elongated tee, West snapped Lorenzo up to help design the cozy sweaters and shearling jackets of his 2014 A.P.C. collection. Since then, Lorenzo has created Yeezus merch, and finessed his own brandâ€™s aesthetic. His SS19 collection was a slightly less scruffy version of Fear of Godâ€™s signatures, with tailored cargo pants, crisp button-downs and buttery leather gloves in â€œgarden glove yellow.â€