When shopping for sneakers you’re probably more inclined to go for the deal, we’ve all set the price from Low-High online but once in a while, it’s exciting to flip the script and check out the kicks going for major coin instead. Whether you’re just peeping or looking to come down with a major grail, there’s plenty of sneakers with super high price tags.

From high-profile collabs to some sleepers who earned a reputation there are some incredible sneakers out there going for top dollar. And if you’re lucky enough maybe there’s a pair below you’ve been looking to take home for a while.

We took a look under every rock, StockX listing, and Sotheby’s auction in the search of the most hotly priced items we could find. After crunching the numbers we were left with the 15 Most Expensive Sneakers of All Time. Check out below for your first pair that’ll require a display case. 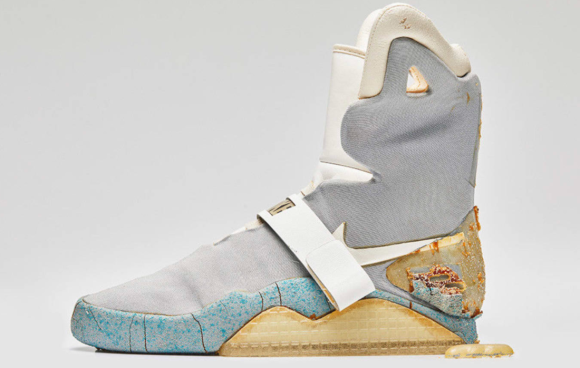 The Nike Mag is one of the rarest sneakers ever and this specific one takes the cake. Outside of the super limited pairs of the commercial releases, this OG sneaker was the actual one used in the movie. It took the sneaker world by storm when it sold at auction in Portland, Ore. for a whopping $92,100. Other iterations, including the self-lacing options, have gone for thousands, except those weren’t on Michael J. Fox. Less worn and purchasable versions can be found here.

The SB hype of 2020 has hit epic highs but still fails to reissue the same feelings of SB Dunk hype that plagued the early 2000s. The sneakers were originally meant for the hard wood, i.e. “Dunk” but eventually made their way into a more successful canon of the time, skateboarding. The kicks quickly became the go-to skate shoe and with that came a fury or artistic renderings including “Paris” which used the art of French painter Bernard Buffet to create the “Paris” aesthetic. The original raffle for these was canceled due to the high volume of people and since then it’s been one of the most expensive and highly-coveted sneakers ever. StockX, probably your only chance at coming down with a pair, fluctuates based on size but it’s still going to cost you big.

The Air Jordan 1 is used to making history and when this pair of Michael Jordan game-worn 1s went for auction at Sotheby’s this year they did just that. They went for a world record of $560,000, making them the most expensive pair of sneakers ever sold. The 1985 pair are also autographed and bidding jumped by $300,000 in the final 20 minutes of the auction.

Before the Air Jordan 1 ever hit the court the groundwork of Nike was being set in the basement of Bill Bowerman, co-founder of the Swoosh, who was often hard at work making better running sneakers for the other co-founder, Phil Knight. The end result was iconoclastic for the sneaker industry and the world, one of their first products was the Nike Waffle Racing Flat. Later dubbed “Moon Shoe” the original invention went for a record $437,500 at Sotheby’s auction just before the game-worn and signed Air Jordan 1 “Chicago” hit the auction block. While the sneaker was never worn its handmade touch from Bowerman made it one of the highest-priced pieces of sneaker memorabilia ever. 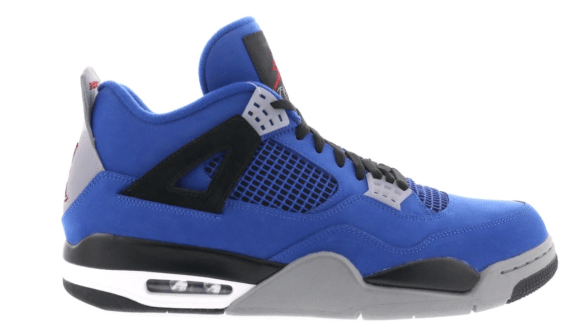 As far as Air Jordan 4 colorways and collabs go none are as limited or rare as the 2017 reissue of the Eminem “Encore” sneakers. The pair originally touched down in 2005 to celebrate Enimen’s 5th studio album but they only went out to family and friends. Then in 2017, StockX announced the release of a single pair via a charity drive for $10, finally giving the public an opportunity to cop. The sneakers are limited to 23 total pairs.

Collabs usually resell for more than general releases, but none quite as much as the Air Jordan 3 x DJ Khalid “Grateful”. The sneaker captured the energy of Khalid’s run in 2017 and was released as a promotional item for Khalid’s album release of the same name. Random album purchasers were selected to receive pairs with the remaining kicks going to friends and family. 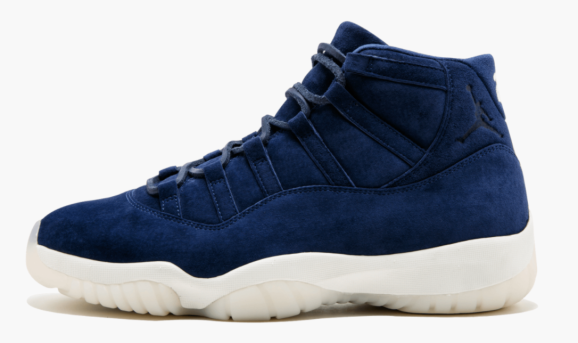 As a Red Sox fan, it pains me to say, but there are few baseball players with the fame and influence of Derek Jeter. Maybe the best shortstop to ever play, the Jordan athlete went out with a bang on the field and with this special Air Jordan 11 dipped in blue suede to celebrate his finale as a New York Yankee. The sneaker coincided with his 2017 departure from the sport and in the wake of his storied legacy was this insanely expensive sneaker that’s made its way to the top of the list of Stadium Goods’ “Hall of Fame” a collection of the rarest, and most expensive heat to date. 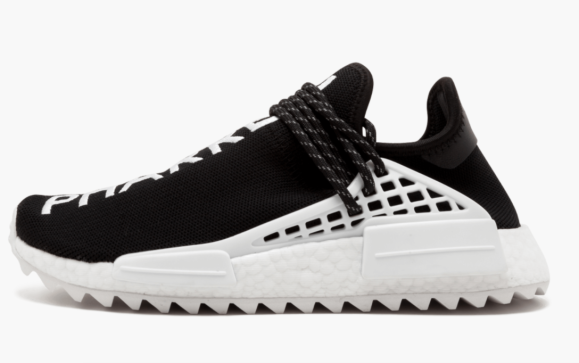 Pharrell Williams and the unique shape of the Adidas NMD Hu have produced some of the most incredible and interesting sneakers of the past few years. Hitting their stride in 2017 the lace cage and minimalistic upper left a blank canvas for Pharrell and collaborators to create some cool concepts including this collaboration with Chanel. The collab is one of the most expensive to ever hit the market and resale prices haven’t let up since. 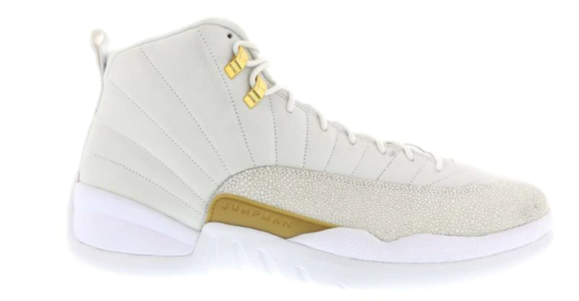 Long time Jordan collaborator, Drake, has seen the success of several projects with the Jumpman from 10s to 12s and even the Air Jordan 8. In a colorway of white, black, and gold each sneaker has outsold itself with its low availability and high resale price but none have quite reached the stardom of the “White” 12 that hit at auction for $100,000 on eBay. The good news is that the sneaker is available and for much lower than that six figure listing on eBay. Other Drake x Air Jordan collabs go for some of the highest prices on StockX.

Another pair of game-worn Michael Jordan sneakers made history when this pair of Converse Fastbreak sneakers from 1984 went for auction at almost $200,000. Jordan wore these during the famous 1984 summer Olympic games in Los Angeles, Calif. where he took home the gold alongside teammate Patrick Ewing with the last amateur USA basketball team to hit the court. 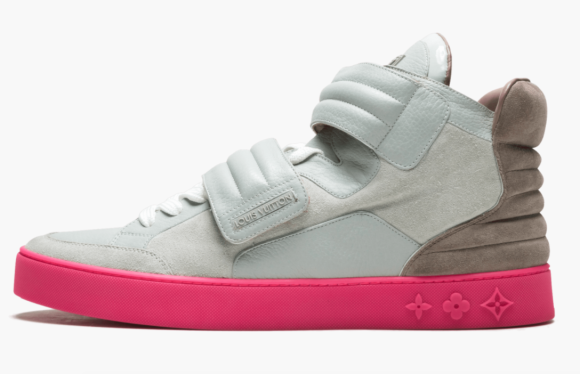 Before the Yeezy sneaker ever hit fever pitch levels of hype there was the “Jaspers” a collaboration between LV and Kanye West that dazzled sneakerheads with its luxe materials, rapper co-sign, and pink midsole. The shoe is something from days of sneaker past but continues to stand as one of the most expensive and iconic pairs to date. You can pick this one up from Stadium Goods’ Hall of Fame – reserved only for the biggest Kanye fan. 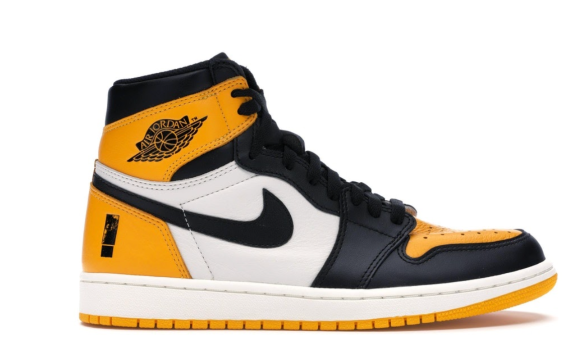 Alternative rock band Shinedown isn’t always the first thing you think of when you think about expensive sneakers but their special Air Jordan 1 collab in 2018 should change your mind. Their yellow “Attention Attention PE” is going for major coin right now and any fan of the band or highly coveted sneakers should have it on their radar. It’s sharp yellow colorway and exclamation point graphic on the heel make the pair stand out. 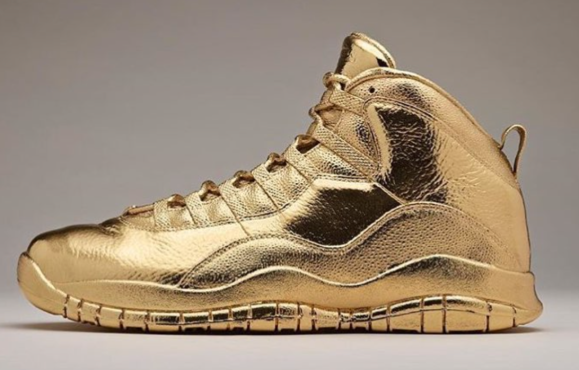 Not that you could wear these, but the most expensive sneaker is this 2 million, solid gold Air Jordan 10 that Drake bought in 2016. More of a trophy for himself, Drake tapped artist Matthew Senna for this one-of-one collaboration. 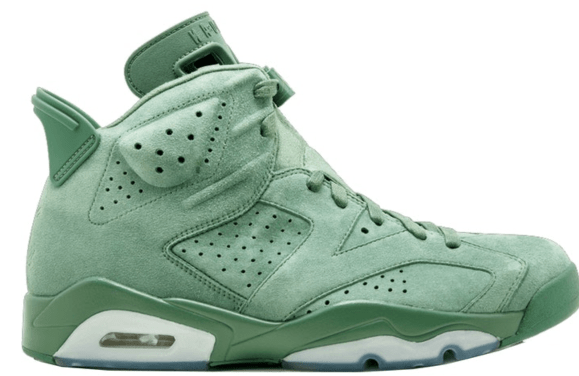 For the better or worse rapper, Macklemore had quite the year after this debut album The Heist. Along with his Grammy for Best Rap Album, he also managed to snag a two sneaker collaboration with Jordan brand. The result? Some of the most expensive sneakers to hit the market. Each was limited to 23 pairs, given out to friends and family, they’re some of the hardest to get kicks ever. Dressed fully in green suede the “Cactus” version also includes his shark logo on the back heel as well as an icy sole and super-premium look. 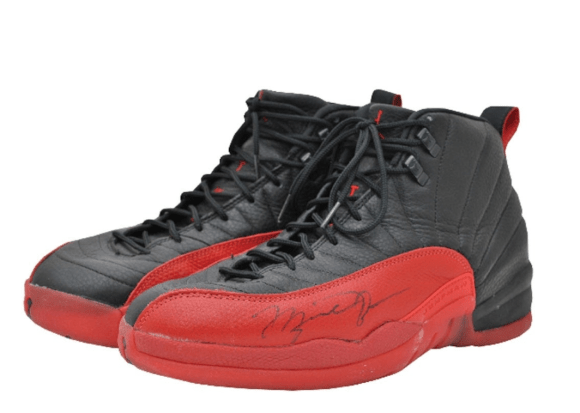 ESPN’s Last Dance documentary shined a lot of light on the life and career of Michael Jordan. One of their most revealing anecdotes was the truth behind MJ’s iconic “Flu Game” against the Utah Jazz. Chalked up to being severely under the weather, the doc gave an alternative for the reason for Michael’s condition. Whether you think he was sick or maybe had partied a little bit too much the night before, his sneakers that night, previously known as “Bred” made history after his epic performance given the circumstances. The lucky recipient of the game-worn and autographed pair in 1997 flipped them in 2013 for top dollar — $104,765 to be exact. Fortunately, fans of the colorway can still cop up, the OG from ‘97 is still available as well as the 2009 and 2016 versions as well.

buy now, $349
https://stockx.com/jordan-12-retro-flu-game-2016
The Nike Air VaporMax Plus is a Fall Must-Have Sneaker, Thanks to Kida the Great
The 20 Best 80s Sneakers, Ranked
The 20 Best Slip On Sneakers to Buy Right Now