The Nike Blazer is a basketball shoe created in 1972 and named after the Trail Blazers, the NBA franchise based in Portland, Oregon. The sneaker made waves for its on-court benefits but has since been adopted by the streetwear crowd. Its clean lines and classic colorways make it a surefire pick for your summer lineup. Relaunched as one of the debut styles in Virgil Abloh’s buzz-worthy “The Ten” collection with Nike, the Blazer is re-energizing the Swoosh’s sportswear offerings.

These sneakers have picked up steam and continue to flood Instagram feeds. With summer just around the corner, it wouldn’t be a surprise if Nike brings more Blazer collaborations and colorways. Here are our favorite moments in the life of the Nike Blazer and why you might want to incorporate it into your summer wardrobe. 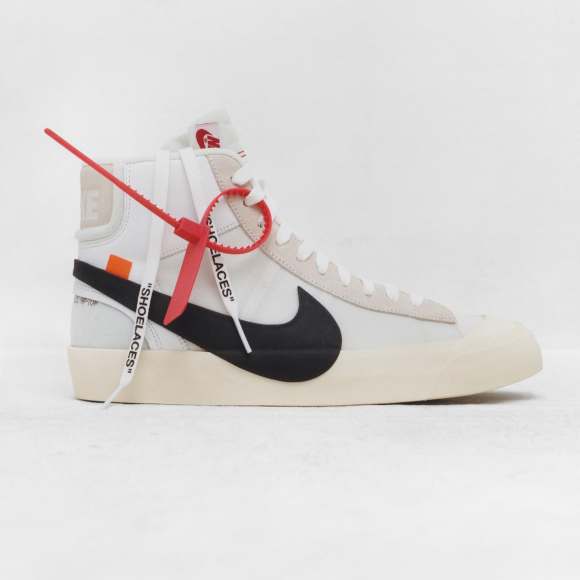 Abloh’s first iteration of the Off-White x Nike Blazer Mid first hit in September 2017, disrupting the vintage basketball sneaker’s OG flavor with an inside-out silhouette. Complete with oversized swoosh logos and parenthetical lettering, these shoes not only caused the demand for Blazers to erupt but also altered the approach to footwear design as a whole.

Suddenly, the Blazer exploded beyond the sneaker collector realm and into the outfit rotations of street-style enthusiasts, athletes and celebrities. Its versatile shape makes it simple to pair with summer clothes, like track pants, oversized hoodies and graphic tees. Because of its contemporary yet timeless design, there isn’t really a wrong way to style it. 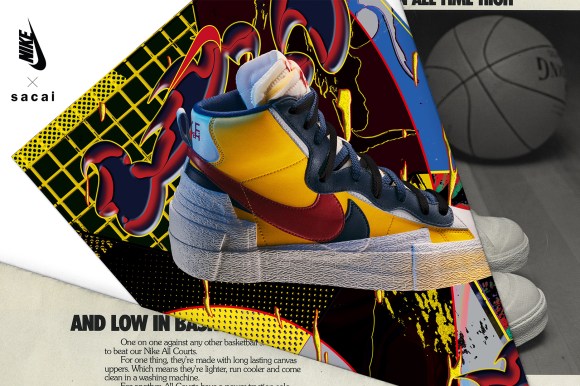 Next, Slam Jam’s Class of ’77 makeup was released, intentionally flipping the swoosh on the inside panel upside down to create a different look from the standard white-and-black offering of the Nike Blazer Mid ’77. Slam Jam’s collaborative Blazer is currently fetching resale prices that fluctuate between $450 and $874 on StockX.

Though the classic styling of the Blazer from the Nike Sportswear division is back in near-OG form, it’s Nike SB that’s been consistent in including the basketball-turned-skate icon into its product range since 2005. The skate division’s assorted offerings include iconic releases, like the Supreme x Nike SB Blazer, the Michael Lau x Nike SB Blazer “Beijing Olympics” and the Nike SB Blazer “Milk Crate.”

SB team rider Lance Mountain, who collaborated on the Nike SB x Air Jordan 1 from 2014, has skated in Blazers throughout his professional career. A dedicated member of the Stüssy tribe, Mountain designed several of his own color variations, and a partnership organically formed between Nike SB X Lance Mountain Collection at the tail end of 2018. Mountain designed both low- and mid-top styles.

While skate style is having a moment in both fashion and footwear, Nike has continued to harness the energy of the SB division. Most recently, its Orange Label series highlighted classic styles from throughout the years. Releasing in both black and white collections at select skate shops, like Premier, the SB Blazer emerged in a skate-friendly aesthetic with a nostalgic gum midsole. 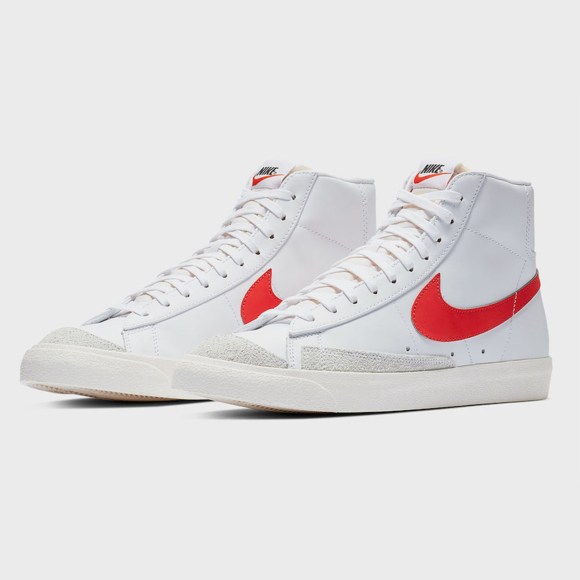 After many collaborations, Nike sensed that it had raised enough hype to let its Blazer Mid ’77 Vintage loose in January 2019.

Originally debuting in primarily white colorways, these variations featured a mostly white leather upper that is teamed with off-white hues on the toe’s suede paneling, while a sail-hued midsole compliments the nylon tongue’s retro appeal. The exposed foam on the tongue also resonates with a design cue that both luxury and lifestyle labels alike have capitalized on: the DIY trend.

The first several variations of the nostalgic style were juxtaposed with Lucid Green, Pacific Blue and Habanero Red branding with a classic black contrast, making it beyond simple to incorporate into footwear rotations. And for those who missed out on the Off-Whitecollaborations or refuse to pay north of $1,000 on the resale market, it’s an easy way to still get the personalized vintage aesthetic.

You can buy the Nike Blazer on Nike.com or Bloomingdale’s.