No other brand in sportswear has successfully informed the present by looking to its past quite like Nike. They’ve accomplished this, for the most part, by capitalizing on what our country holds in the highest esteem: popular culture. There’s no better example than the brand’s scene-stealing moment in 1989’s Back to the Future II when Michael J. Fox’s character, Marty McFly, unveils Nike’s unicorn of sneaker culture, the Nike Mag.

In the decades that followed, Nike worked to actualize the shoe that was simply a one-of-one concept for the ’80s film: a technological marvel of a sneaker that featured self-lacing capabilities far before such a thing was even fathomable. 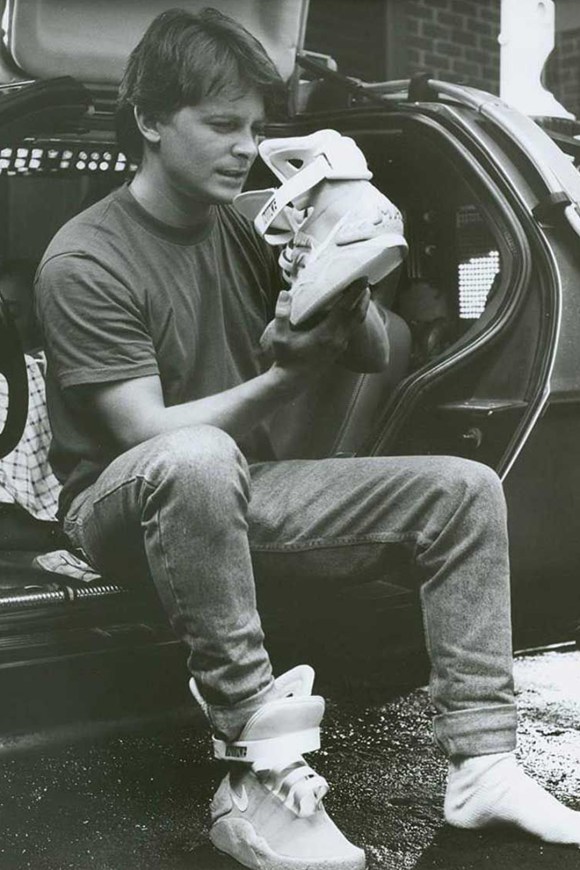 It wasn’t until 2005 that Nike designer Tinker Hatfield called budding Swoosh engineer Tiffany Beers into his office. Hatfield tasked Beers with producing the world’s first functional Mag sneaker. This leap to action was heightened by a petition with more than 30,000 signatures calling for Nike to create a power-lacing Mag by 2015, the year Michael J. Fox traveled to in the sequel of the celebrated film trilogy, and the Nike team intended to make that happen.

Beers was working against the clock. She had ten years to do what most in her field couldn’t accomplish if given a lifetime. She started with a replica Nike Mag without power-lacing capabilities in 2011, a teaser sneaker that sold at a charity auction for varied yet weighty sums, with all the proceeds going to the Michael J. Fox Foundation for Parkinson’s Research. 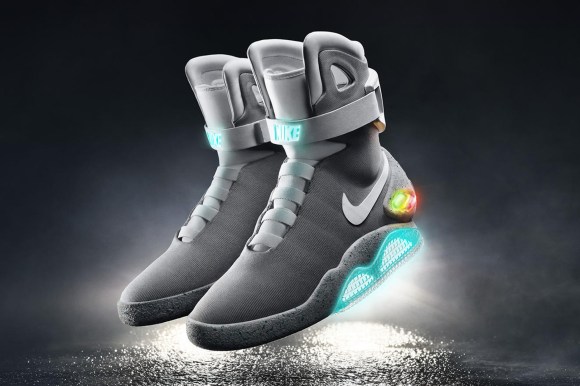 Beers’s brilliance finally got out of Nike’s Beaverton, Oregon, campus on October 4, 2016, when the Nike Mag with power-lacing functionality was officially released. The shoe was available for purchase through a lottery system and subsequent auction, with proceeds benefiting the aforementioned Parkinson’s foundation. Some pairs sold for upwards of $200,000. This Nike Mag iteration raised $6.75 million for Parkinson’s research. Presently, the Mag sells for upwards of $30,000 on secondary retail sites like StockX. 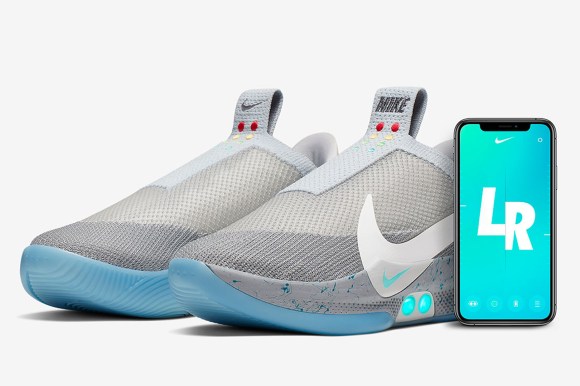 Today, the Nike Mag represents the limitless potential in sneaker design and is an unattainable treasure for which we have all pined since the days of Back to the Future II. Nike has made significant strides to normalize self-lacing sneakers for the masses. They’ve since released the $720 HyperAdapt auto-lacing running shoe and, most recently, the $350 Nike Adapt BB performance basketball sneaker.

The latter returns next week in a new iteration that pays tribute to the Nike Mag. Colored in similar shades with a likeness to the Mag that’s undeniable, a lightweight Flyknit upper houses the self-lacing AdaptFit component that allows the futuristic sneaker to automatically hug the foot once you’ve slipped it on. 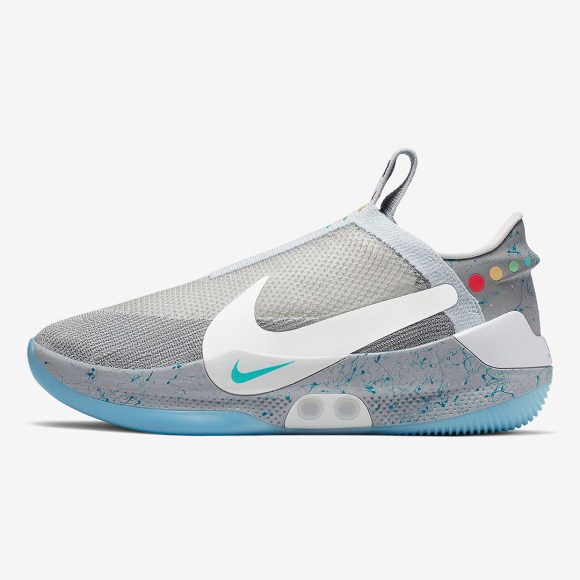 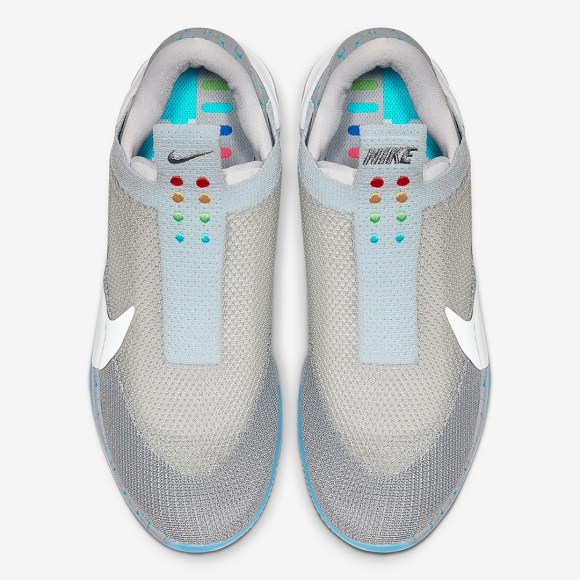 Although the retail price of $350 for a pair of sneakers is no minor sum, they are certainly a valuable piece of sneaker history worthy of coveting. The Nike Adapt BB “Mag”—officially named the Adapt BB “Wolf Grey”—effectively translates the allure of the Mag into something tangible for today’s sneaker consumer. This Adapt BB features LED lights that glow in a similar fashion as the Mag, punctuating the retro theme with (very literal) glowing nostalgia.