Before Confessions, there was 8701. On this day, 21 years ago, Usher dropped this masterpiece of an album as a follow-up to his 1997 sophomore album  My Way. While the then 22-year-old had been on the music scene since the late 1980s, releasing his first album as a teenager in 1994, it was My Way that would mark the start of his commercial success and critical acclaim. 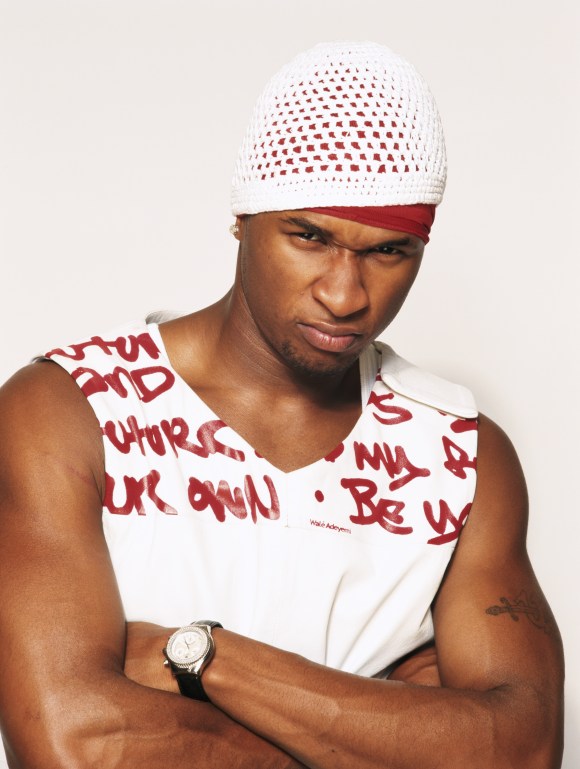 And if Confessions is Usher’s opus magnum, then 8701 is the middle album that expanded upon the previous era, while laying the groundwork for the next. Reaching number four on the Billboard 200, 8701 spawned multiple hit singles including “U Remind Me” and “U Got It Bad,” both of which reached number one on the Billboard Hot 100.

But as you already know, that’s not why we’re here today. In addition to its chart-topping success, 8701 also established some iconic looks for Usher through its respective music videos, performances, and world tour. Today we are taking a look back at those moments. 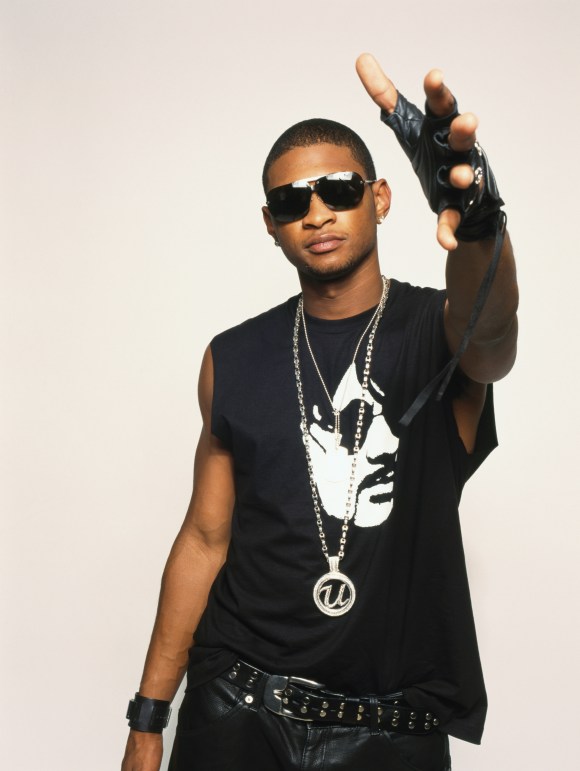 The video for “U Remind Me” was filmed in April 2001 to accompany the official release to the general public the following month. The video was very successful, staying in heavy rotation on BET, MTV, and VH1, and like we mentioned earlier, the song went number one on the Billboard Hot 100.

As for the style in this video, in the early 2000s it was very popular for the fellas to wear a durag underneath a snapback/hat. In the beginning we see Usher rocking a durag underneath a knit cap, along with a tank/leather jacket combo (another 2000s staple), baggy jeans, and his iconic silver Usher chain.

Sidenote: Usher, why did you throw the jacket away my guy? What was up with that?

The middle of this video featured an epic dance break in which Usher wore a yankees snapback, a leather jacket even more leather than the one he was wearing in the beginning, a diamond encrusted belt (yet another 2000s staple), and jeans.

Another sidenote: I tried to do that headstand he does at the end of the breakdown when I was kid, don’t ask how that turned out for me.

Once again Usher throws the leather jacket, and the video ends with him wearing just the tank, jeans, and a nice pair of shades.

The second chart-topper from the album, the “U Got It Bad” video introduced what we’ll call Usher’s signature look from the 8701 era which was: an oversized loose tank, jeans, shades, some sort of sneaker (usually Nike’s), a leather glove, and of course, his Usher chain. “U Got It Bad” is one of those many classic Usher joints that still goes hard to this day

Picking up where the “U Got It Bad” video left off with a video call from Diddy, we Usher in a robe playfully busting out some dance moves before changing into the 8701 signature look that we mentioned earlier (this time with a brown leather jacket overtop) for a club night with the homies.

Other than Usher ditching the jacket yet again for white tee/long sleeve shirt combo, we didn’t get another outfit change in this vid, but we did get some fire choreography that we’re still trying to learn to this day. 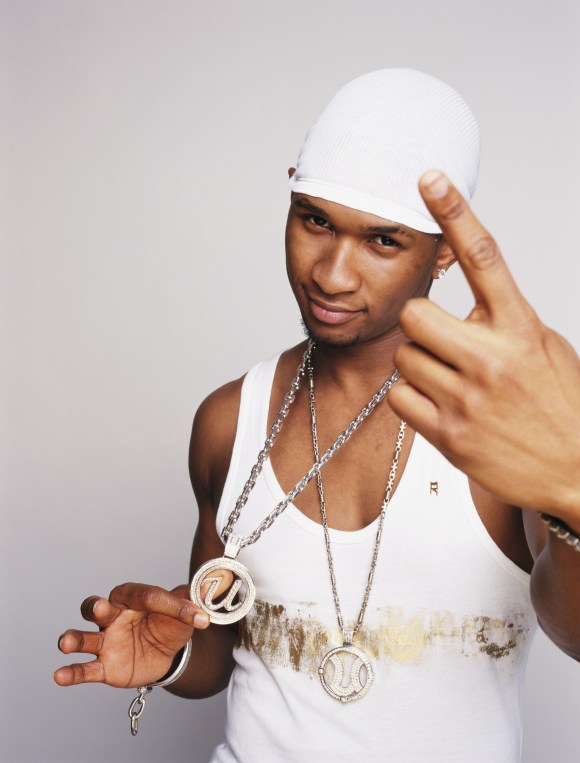 Usher gave a number of performances to promote the 8701 album, and the looks were similar to those he rocked in the music videos.

One of Usher’s first major performances for this era was at the inaugural BET awards (the 2001 show was the very first BET awards show era). For this performance, Usher donned a sick red and white letterman, an Atlanta snapback, baggy jeans, and a fire pair of red and white Jordan 1s. 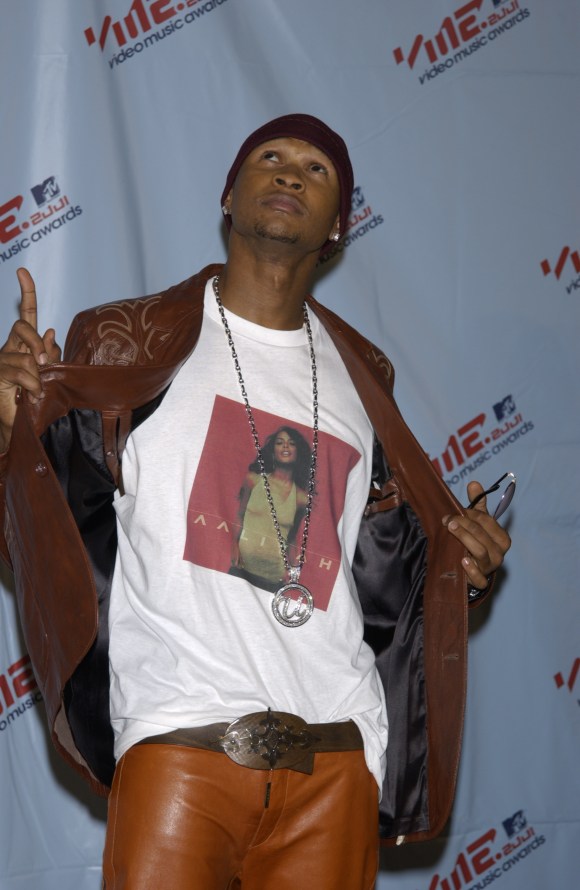 While Usher didn’t perform at the 2001 VMAs, we had to highlight this fit because it paid tribute to our fallen angel Aaliyah who had just tragically lost her life several days before. For this event, Usher wore an Aaliyah t-shirt with a brown leather jacket overtop, and a dark brown beanie along with his Usher chain.

Usher did a jazzy rendition of “U Remind Me” for a promo performance on Jay Leno wearing black leather cap to go along with a matching jacket.

For the 2002 AMAs, Usher performed “U Got It Bad,” wearing an outfit similar to the one he rocked in the video.

In April of 2002, Usher embarked on the 8701 Evolution tour, which was the first of his career. The tour was a combination of his material from My Way and 8701, and lasted nearly two months. Here’s a look at the costumes. 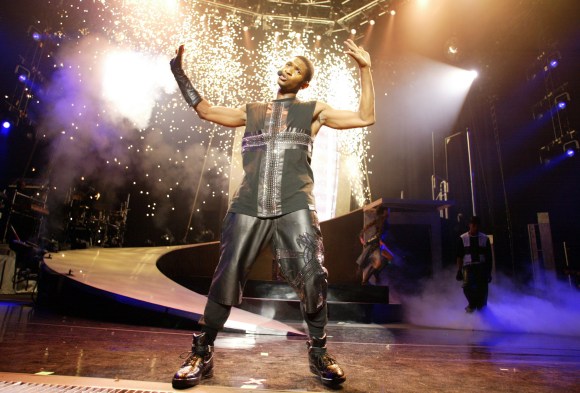 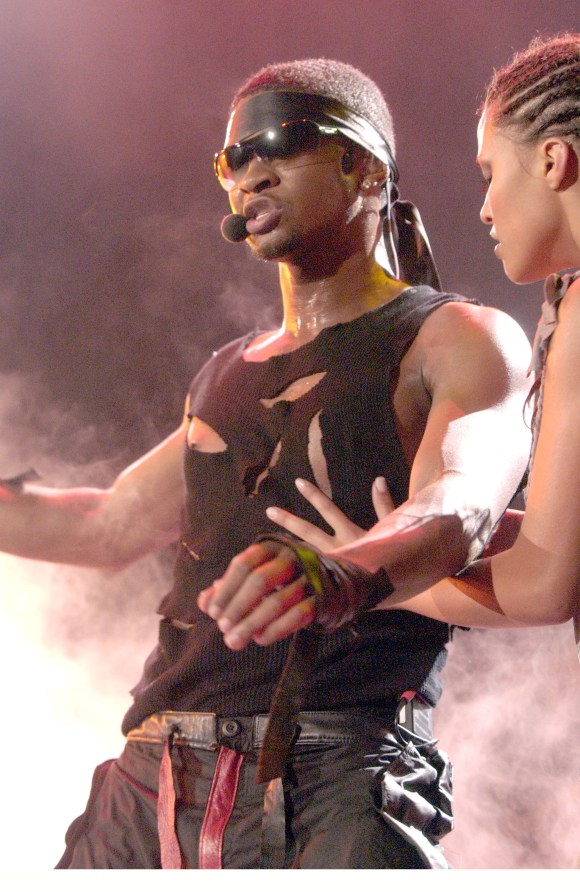 And here are some other looks that Usher sported during this era. 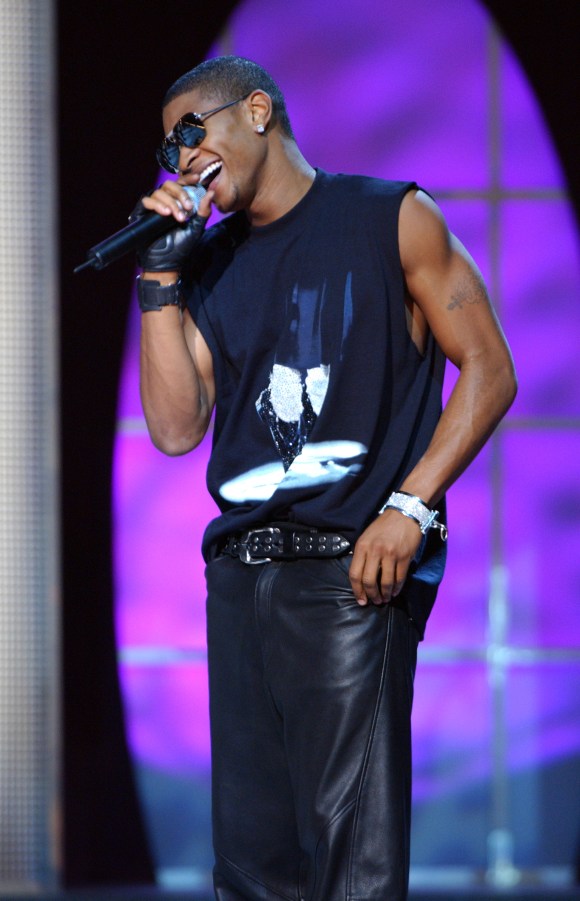 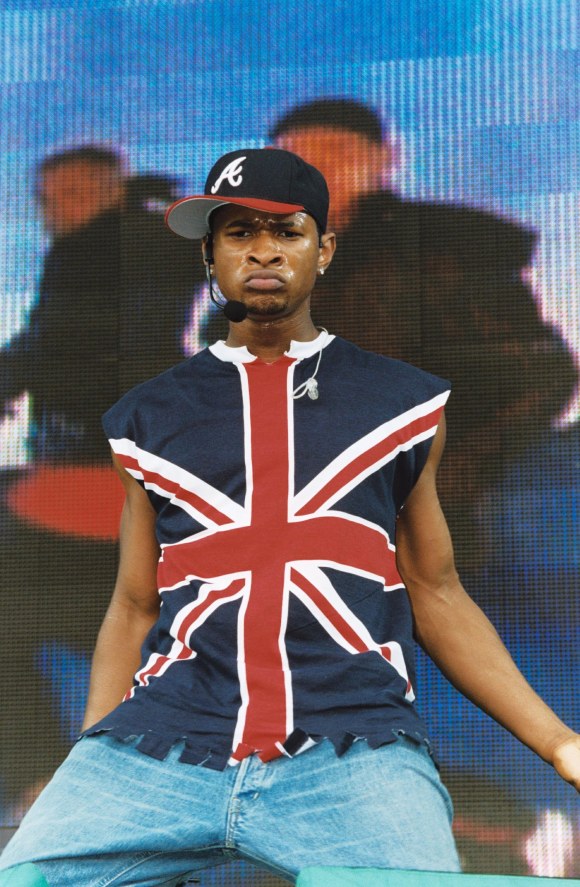 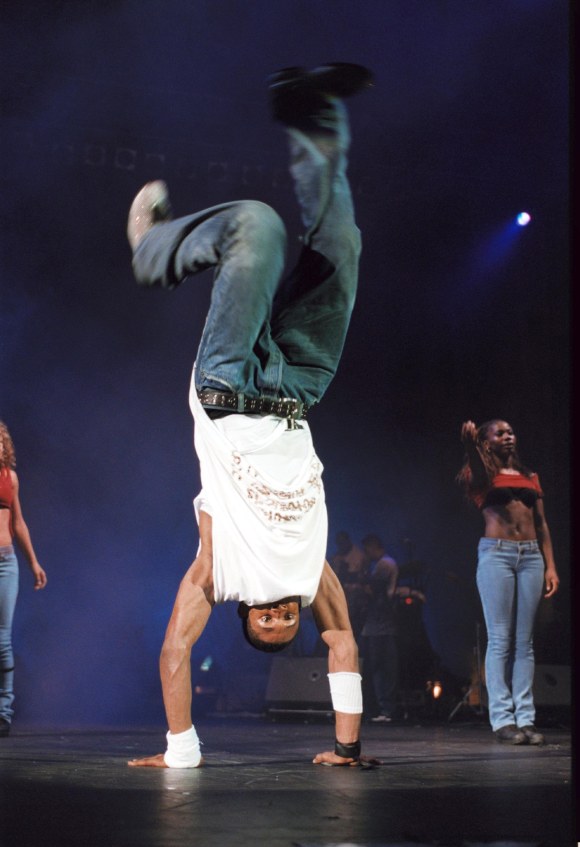 8701 remains a timeless bop that still sounds fresh today, and like we said earlier, it laid the groundwork for the Confessions era that would follow two to three years later.

Be sure to keep up with us for more style content.

Nellyville Turns 20
Rihanna: From Muse To Billionaire
Beyoncé’s “Renaissance” Is Everything We Expected and More