Today marks the birthday of an icon. One of the best supermodels to ever do it, Naomi Campbell has been capturing the hearts and eyes of the world since the start of her modeling career in 1986. Starting at the age of fifteen, Campbell has experienced other-worldly success, becoming one of the most recognizable, booked and busy supermodels of all-time. From her stunning beauty, to her legendary outfits and one-of-a-kind walk, there will never ever be another Naomi Campbell. 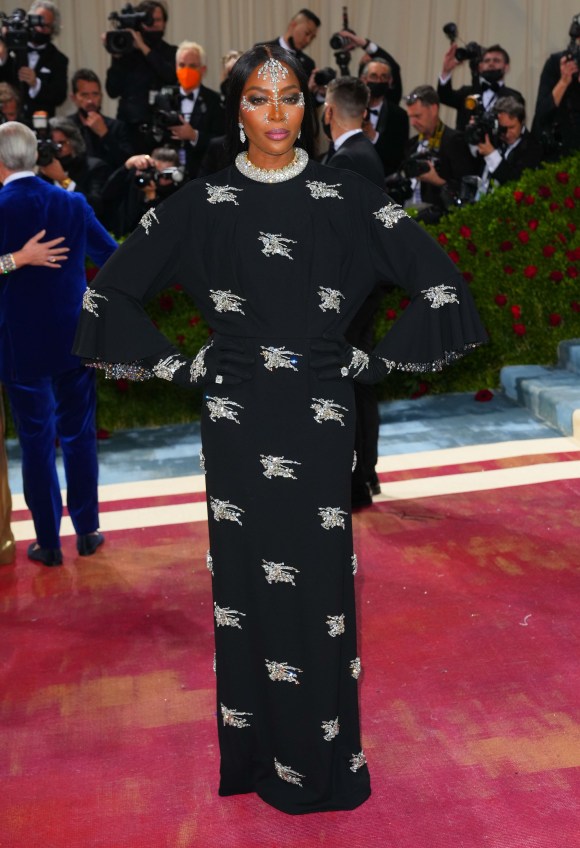 Now over thirty-five years into her career, Campbell still graces the runway, and still has all eyes on her. Today, we’ve decided to give ourselves the nearly impossible task of narrowing all of her monumental fashion moments to just thirteen of our favorites. Good luck to us right?

How do you do that with someone who at this point literally has thousands to choose from? We don’t know, but we’re going to try our best. Seeing as though Naomi has a bunch of moments that could complete our list from just one year alone, we’re only going to do a couple from each time period.

Alright, let’s go for it. 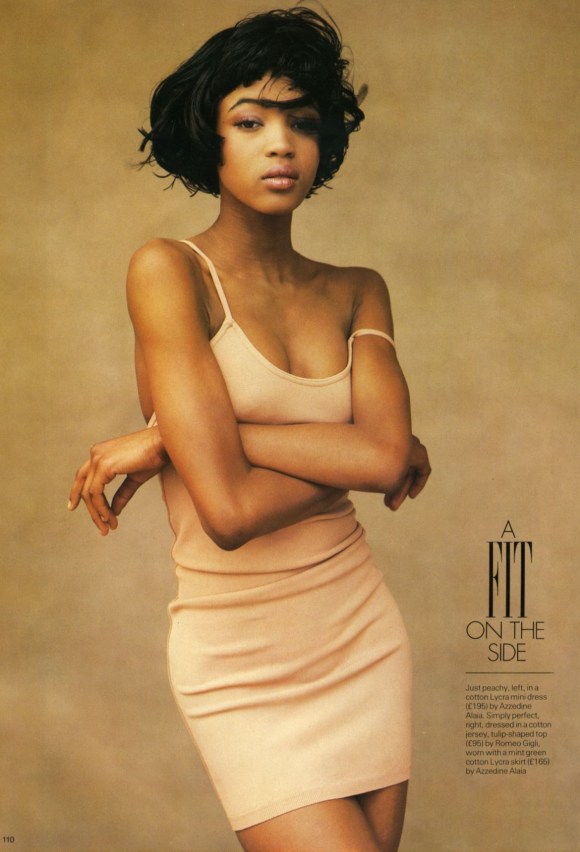 One year into her professional modeling career, Campbell graced the pages of ELLE UK, showcasing what was eventually to come. Campbell’s looks were simple, yet elegant as always. 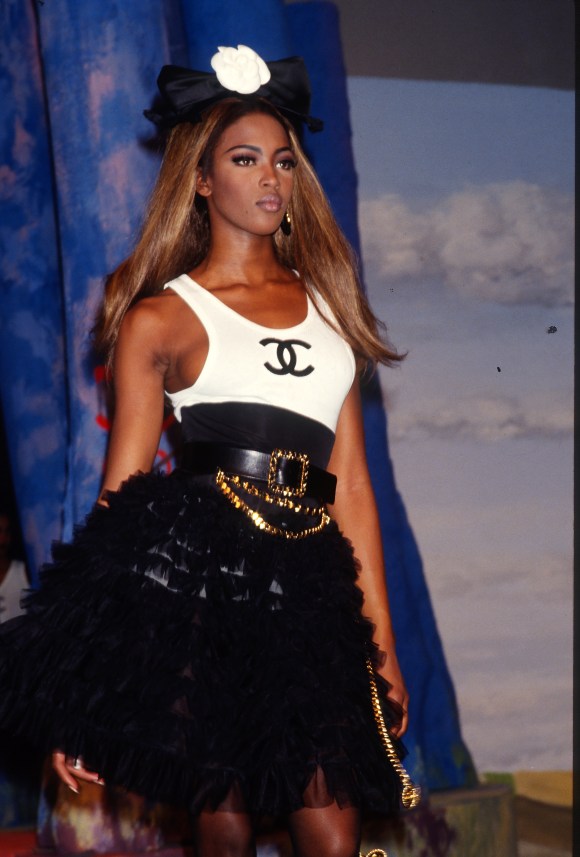 Paris Fashion Week in the 1990s was tough to choose from. It literally took us 30 minutes to finally figure out which moment we wanted to use. We finally decided to go with Campbell’s Chanel look during the event. It was sultry, playful, and chic. 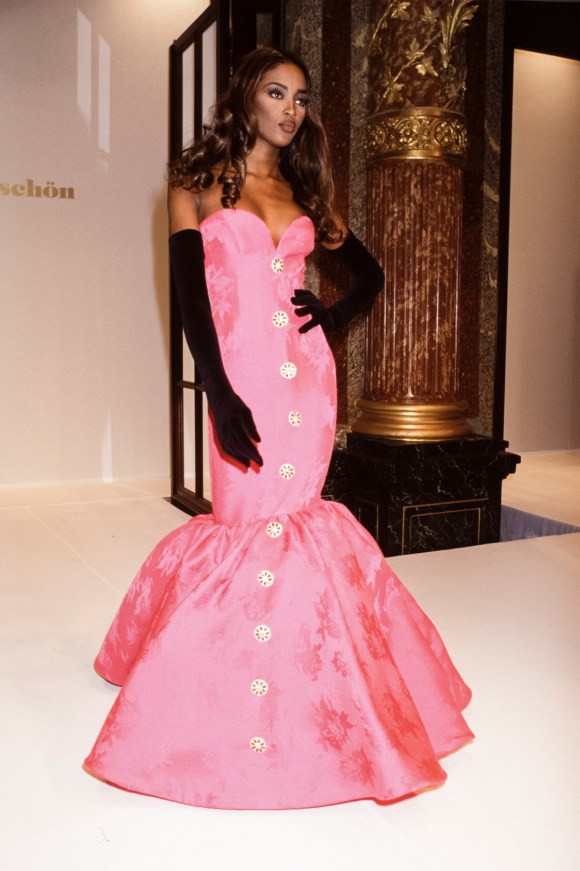 It’s giving royal princess. Campbell rocked Mila Schön during a June 1991 fashion show in Paris. Everything about this look is a killer. The pink gown, the black gloves, the hair…perfection.

Michael Jackson always had the best of the best when it came to leading ladies in his short films, and he certainly made an excellent choice with Campbell. Donning a simple white crop short sleeve shirt with a matching skirt, Naomi’s look was one to remember. 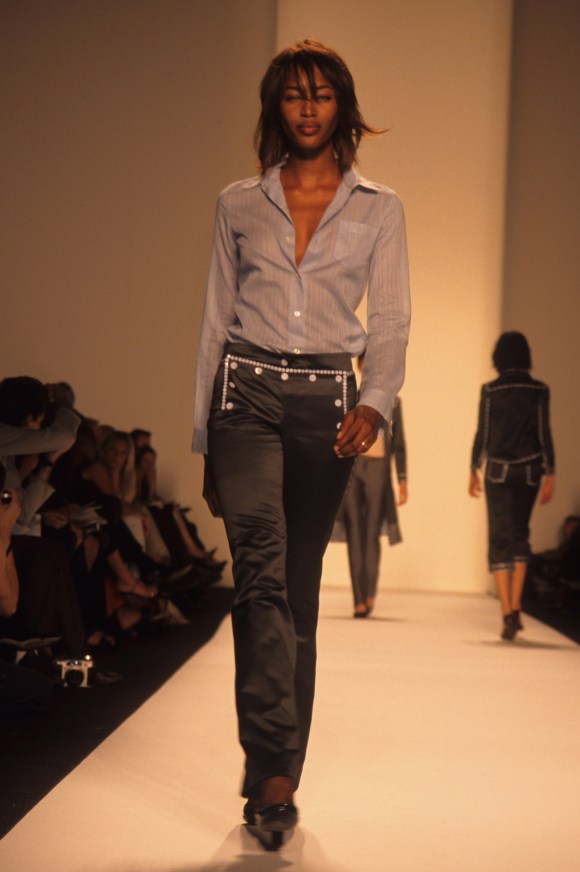 It’s the versatility for us. Naomi delivered a classic office/semi-casual looks that was still very much haute couture. 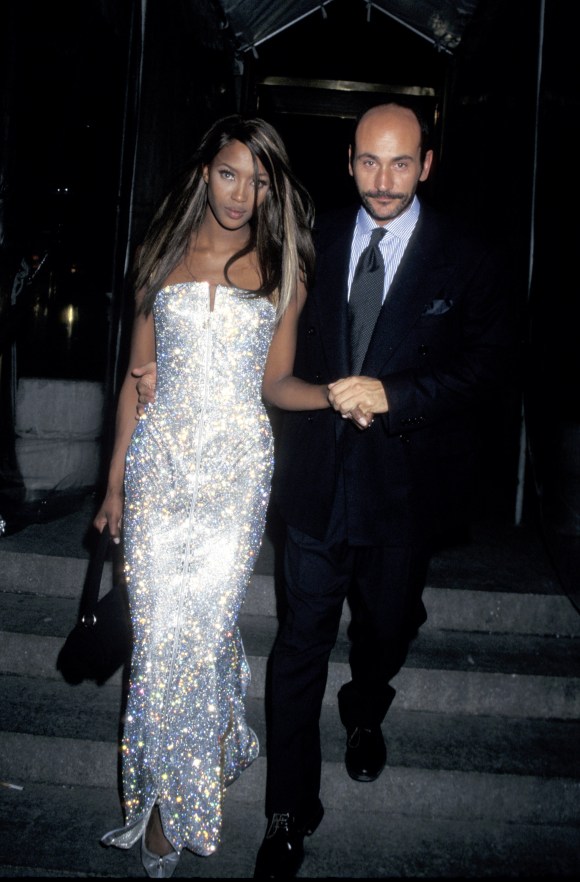 Naomi pulled up to the 1995 Costume Institute Gala aka The Met Gala wearing a dazzling silver Versace dress. This look still gets included in “Best Met-Gala Looks of All-Time” round-ups to this day. 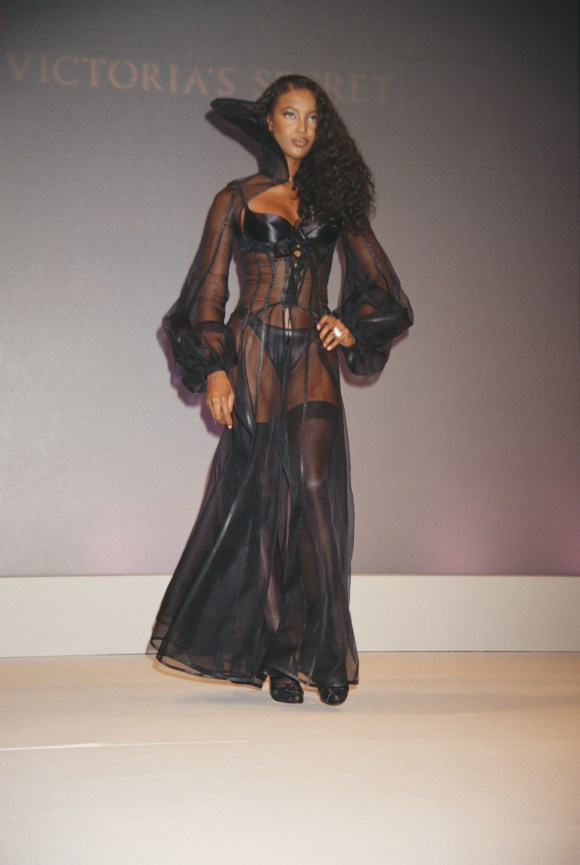 Victoria Secret was thee place to be and thee thing to wear. Naomi wore this incredible outfit during Victoria Secret’s 1997 Fashion Show. 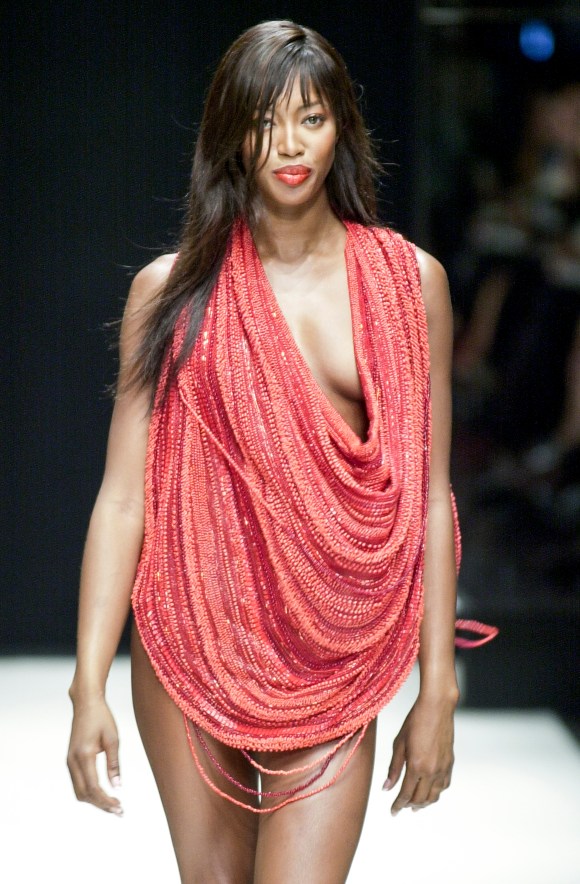 Who could forget this outfit? Wearing Gianfranco Ferré, Campbell strutted down the runway rocking this red custom piece during the 2001 Milan Fashion Week. 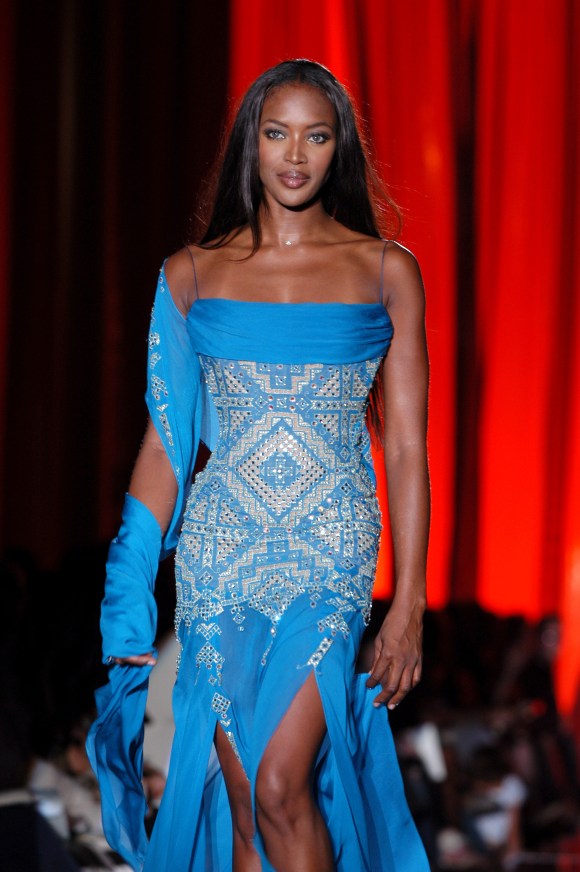 So now we get to do our favorite 2000s Naomi Paris Fashion Week Moment. Fun! While just like the 1990s it was a tough decision, we went with her blue Elie Saab Haute Couture dress from the 2003 event. 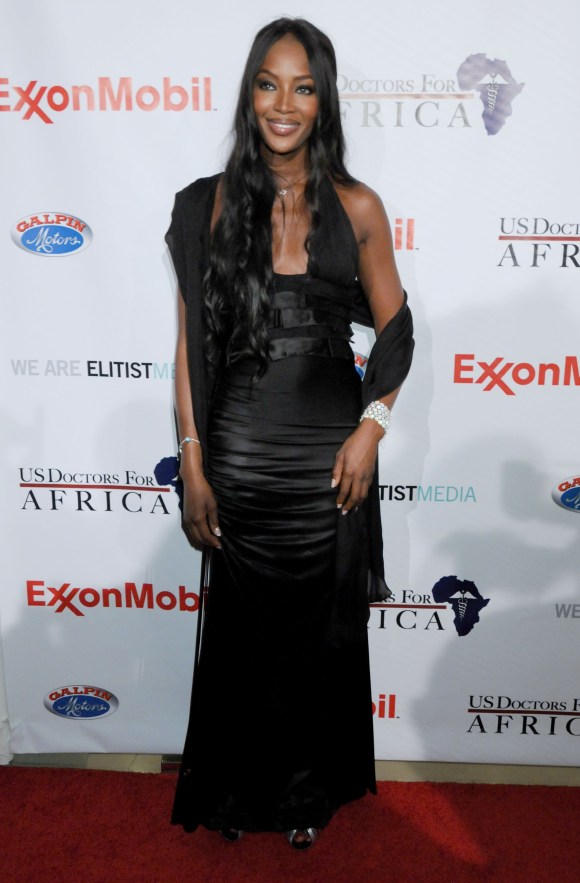 We haven’t done a red carpet moment yet, as we’ve mostly been sticking with our favorite runway moments, but make no mistake⁠—Campbell has lit up every runway she’s been on as well. Her look at the 2009 First Ladies of Africa Health Summit was 1940s ravishing darling. 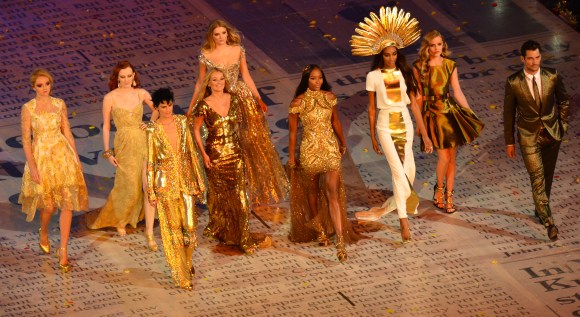 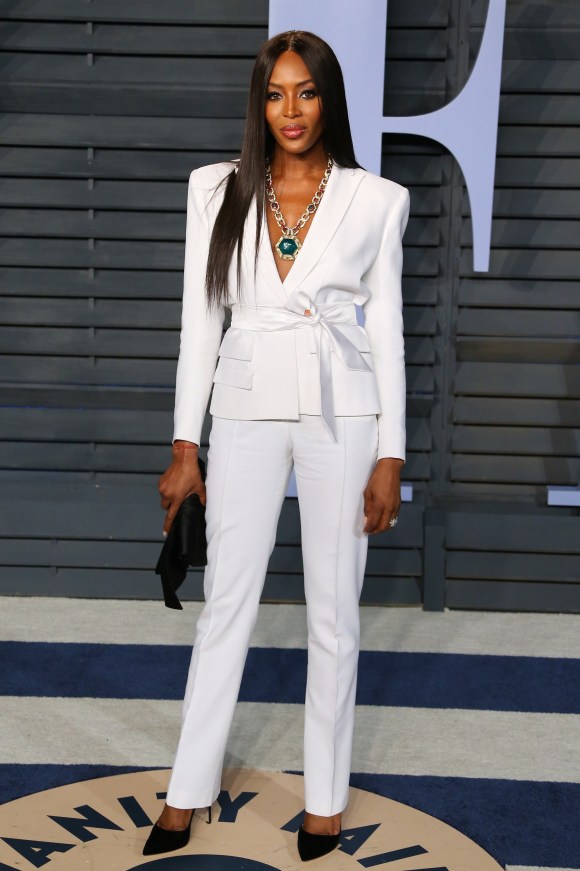 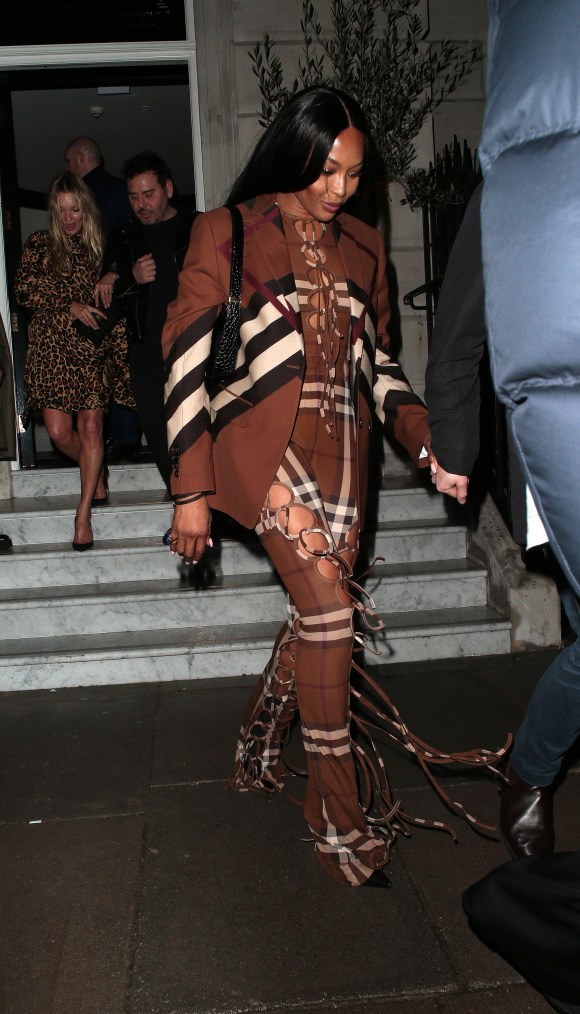 And if you think she’s going to ever let up⁠—think again.

Happy birthday to the Queen! We hope Naomi has a great day and enjoys the fruits of her labor.

The 13 Best Prince Fashion Moments, and The Eras That Went With Them
ONE37pm’s Top 13 Janet Jackson Fashion Moments
Blokecore: Footballer Fashion is Having a Renaissance