When Dwayne “The Rock” Johnson attended the DVD and video release event for The Mummy Returns at Santa Monica Beach, California, in 2001, he didn’t know he’d become the ultimate summer mood.

Wearing a cream-colored cable-knit sweater with nothing underneath, swishy white linen pants and tiny purple-lensed glasses, The Rock gives off serious 2019 Hamptons vibes amid a cheesy 3-D rendering of Egypt.

Remember when we waxed poetic about how utterly Presidential The Rock’s cheat meal sushi orders are? This is like that, but one million times better. 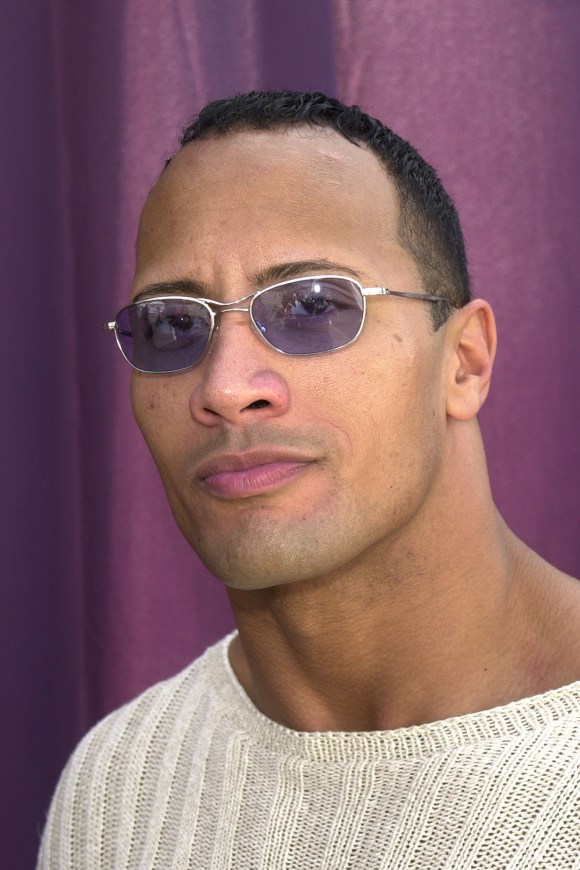 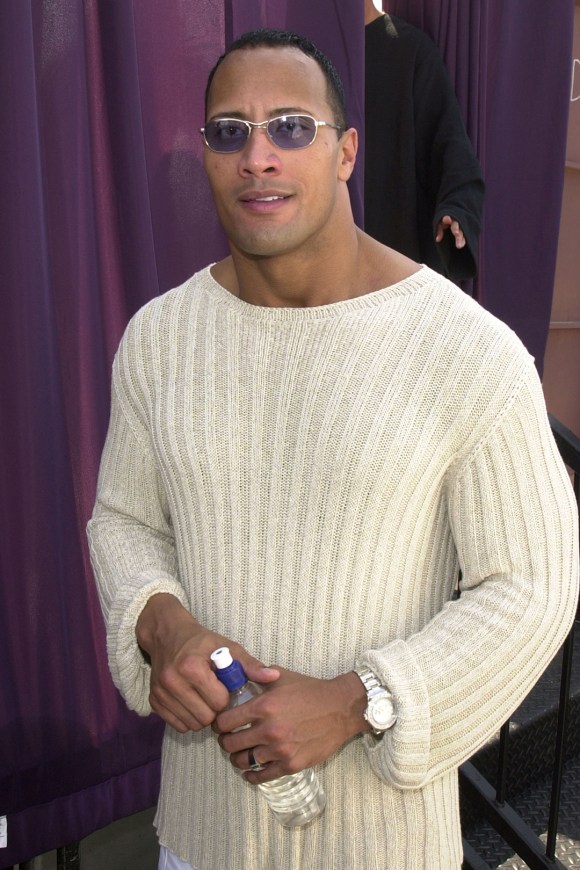 And have we mentioned the pool slides? The 18-year-old sandals are on trend again, proving that all fashion comes back eventually. My personal favorite accessory has to be the color-coordinated sports-top water bottle in, somehow, almost the same exact purple as his little glasses and the velvet curtain behind him. 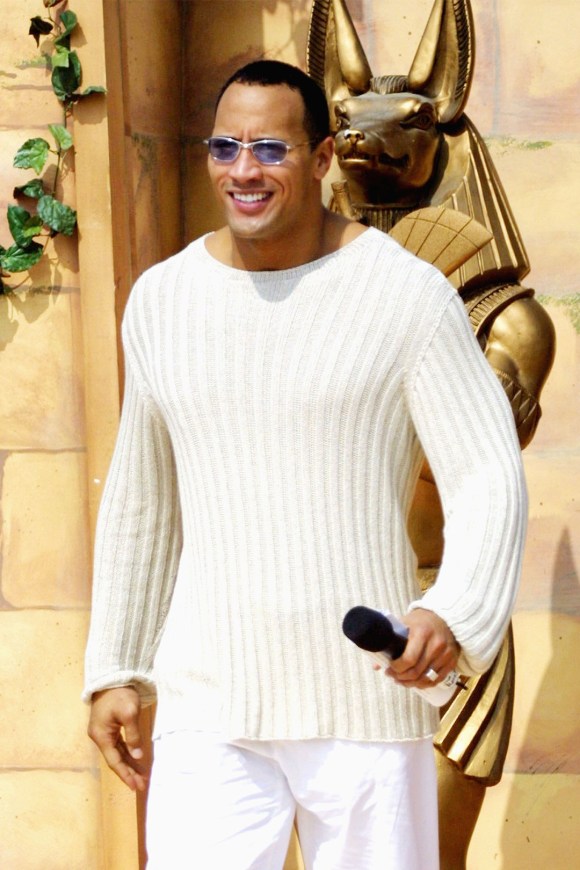 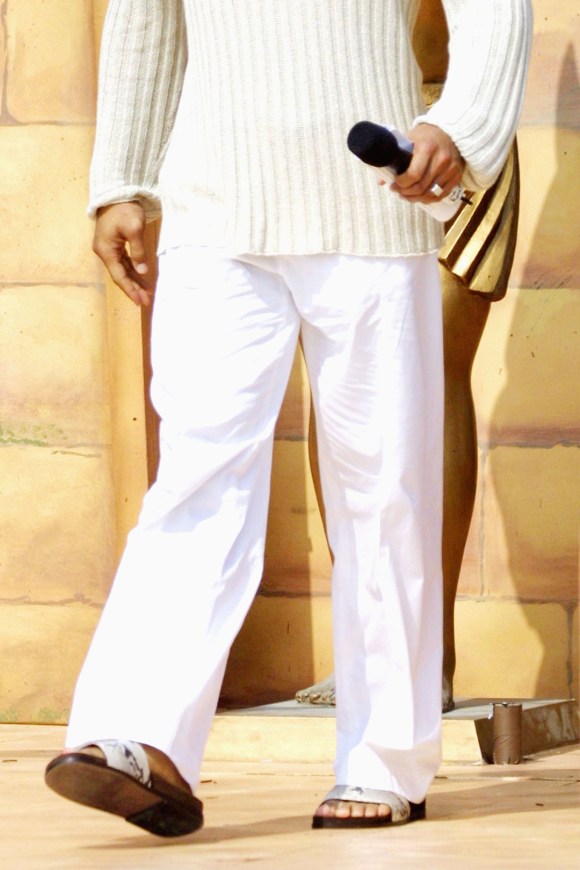 When The Rock slid into a fan’s DM for all the right reasons, Ohio resident and ONE37pm Twitter follower Summer Silvery said, “The Rock hung my art in his trailer because it was meaningful to him. I had created a collage of every movie he had been in, with the year attached and alongside a couple other details that make The Rock The Rock. The part that meant the most to him was his quote I had written in the top left-hand corner of the illustration: “1995. $7 bucks in my pocket. I knew two things: I’m broke as hell and one day I won’t be.”” We always knew he was close to his community, but this act of outreach confirms his good nature.

With this outfit, the Rock has undoubtedly confirmed that you should never throw away things that feel dated. If he walked onto a beach in Ibiza wearing this very outfit today, no one would bat an eye. Perhaps you should consider wearing a sweater, linen pants and pool slides to your next outdoor soiree.

Let us know how it goes.