Vans and Dame Vivienne Westwood are a match made in hell: Both are staples of punk ideology. The glitterati has heralded both as paradigms of trendiness, and both are (perhaps inadvertently) deconstructing the highbrow/lowbrow binary.

Underground street fashion is rising to avant-garde heights. What once belonged on the dirty sidewalks of New York City and London is now exhibited as high (and highly criticized) art at The Met. Although she wasn’t the sole focus of the museum’s showcasing of punk rock fashion, Westwood is known as a pioneer of intentionally sleazy style.

Westwood has become emblematic of a certain kind of fashion paradox. Her legendary King’s Road boutique called SEX opened in 1974 with help from Malcolm McLaren, selling clothes inspired by biker gangs, gay leather bars and prostitutes—for ultra-posh prices. Their customers included the pioneers of punk rock and goth cultures like the Sex Pistols, Adam Ant and Siouxsie Sioux. SEX lasted for only two years, but the cultural repercussions of the store are apparent in streetwear today. 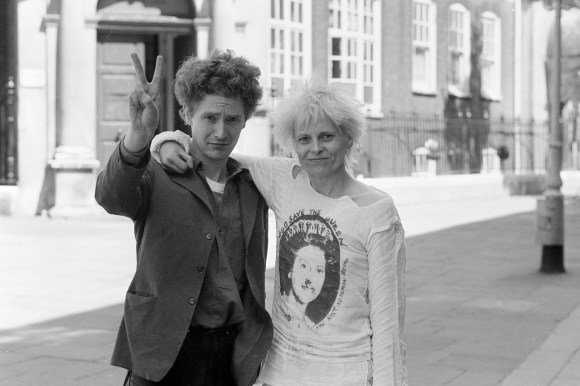 Daily Mirror / Bill Kennedy/Mirrorpix/Mirrorpix via Getty Images
Malcolm McLaren and Vivienne Westwood founded Sex, a boutique on King’s Road in London between 1974 and 1976.

The ultimate irony of high-end designers selling lowbrow looks to celebrities—who then themselves become wealthy icons of a certain kind of antisocial aesthetic—is astounding. Ultra punks often try to wipe Westwood from their memories, rejecting her hyper-capitalist ethos. But they wear clothes that wouldn’t exist without her genius. The high/low dichotomy of Westwood’s name is apparent in her latest collaboration with Vans.

Meanwhile, The Vans brand was established in 1966 by brothers Paul Van Doren and James Van Doren alongside Gordon C. Lee. Far from the expensive world of the ateliers, the company sold low-cost sneakers in limited runs, initially planned for a cost of less than $10. They scraped by until the 1970s, when James’ 13-year-old son invented a logo for the brand influenced by the spray paint designs on his skateboard. But Vans exploded in relevance in the late ’90s and early ’00s, when its checkerboard slip-on design became a staple for mall goths and professional athletes alike. Socialites and celebrities semi-ironically embraced the casual shoes until they became ubiquitous across economic classes and taste levels. 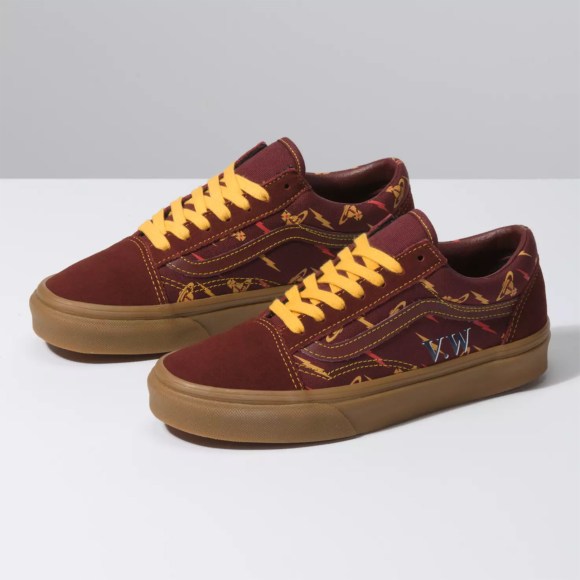 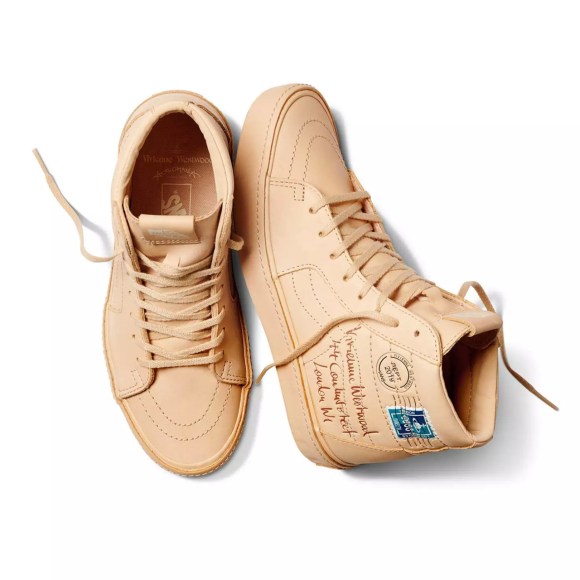 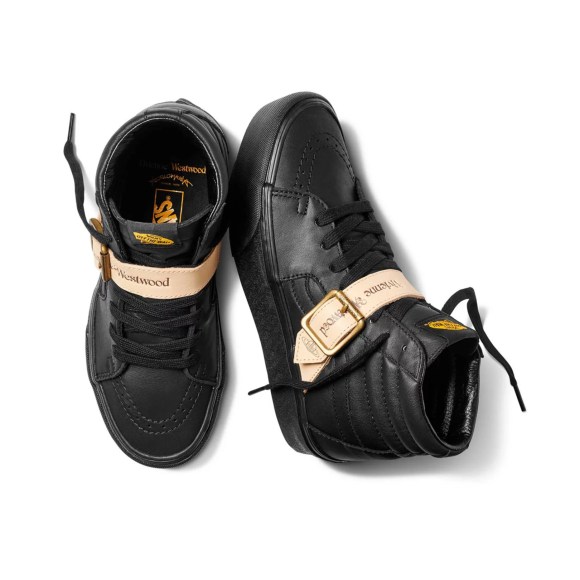 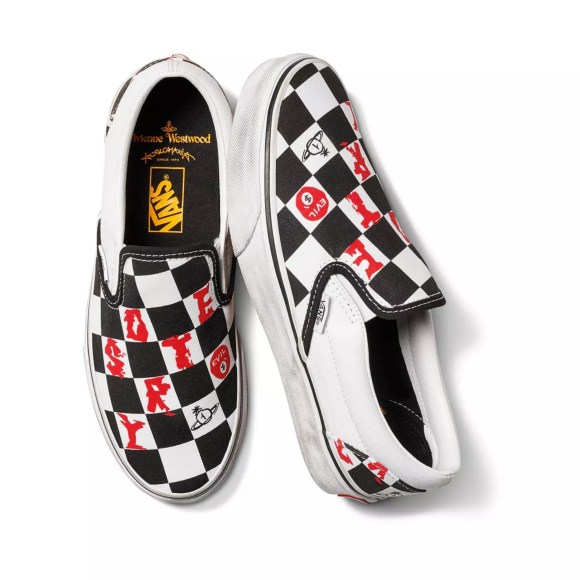 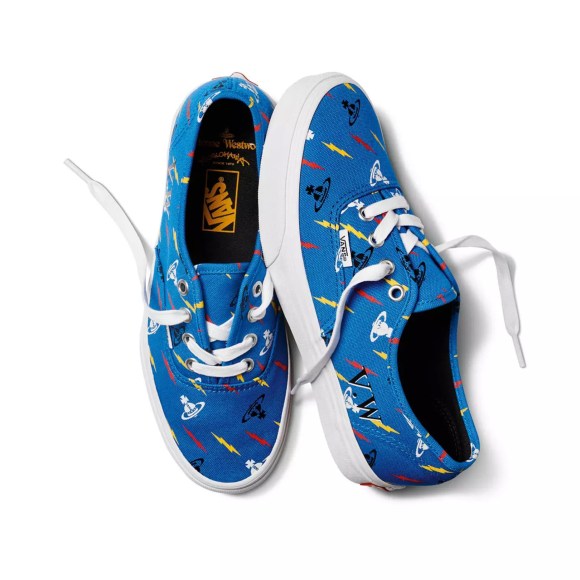 Released in late September, the new line of shoes cleverly combines the distinctive iconography of Westwood’s Anglomania luxury lines and classic Vans motifs. The Vivienne Westwood X Vans Slip Ons add the word “DESTROY” to the beloved checkerboard staple. Another look subversively places a pale pink leather bondage strap and gold buckle directly on top of the easily recognizable Sk-8 Hi Platform. This silhouette is still in New York City streets and subways, calling back to the inherent opulence and grunginess of both labels. A second Sk8-Hi design highlights the cross-country communications necessary to make this collab possible, with design details mimicking a postcard from London in beige. Two “Old Skool” lace-up sneakers use the repeated orb motif, this time paired with lightning bolts, in both a muted brown and primary blue palette. All styles are gender-neutral—the website includes both men and women sizes—in the spirit of pure punk transgression.

There’s really no difference between haute couture and street fashion anymore—and the extent to which there ever really was a difference is now up for debate. The post-modern deconstruction of style is not limited to Virgil Abloh’s simplistic scare-quotes or the lazy nihilism of Vetements. Smart pairings, like Westwood and Vans, show that ideas about the difference between the sidewalk and the catwalk are past the point of obsolesce.