This Saturday at UFC 276, Middleweight champion Israel Adesanya will attempt to defend his title for the fifth official* time against Jared Cannonier, who’s coming off of a vicious finish of Derek Brunson. In anticipation of the headline bout, we decided to take a look back at Israel’s five best fights so far in his UFC career.

* Israel would argue that his unification bout against Robert Whittaker in 2019 counted as a defence, which would make Saturday’s fight his sixth defence. 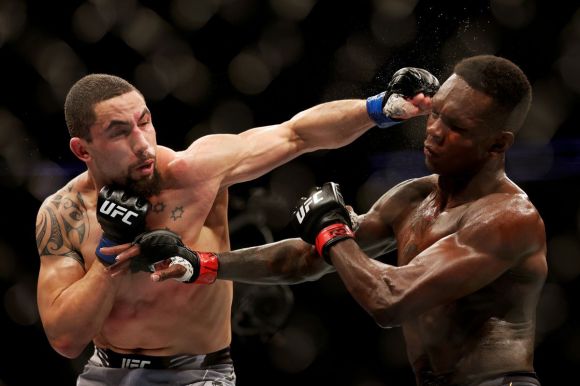 Perhaps you’re a little confused about this fight making this list. For many, it was shunned as a boring fight with little to sway judges, but for anyone who understands who nuanced MMA is for either of these fighters, this was a nail-biter.

For Robert, vengeance was on his mind. For Israel, he had the tough task of having to outdo his own impressive performance against Whittaker a few years earlier. In the end, neither man fully completed their task, but that’s only a credit to their opponent.

Israel was careful about when to strike due to Robert’s explosive tendencies and Robert was timid about when to step in, the grey cloud of the first fight hanging over him. It made for an incredible spectacle and one that doesn’t make it unlikely that we see a trilogy fight between these two in the near future. 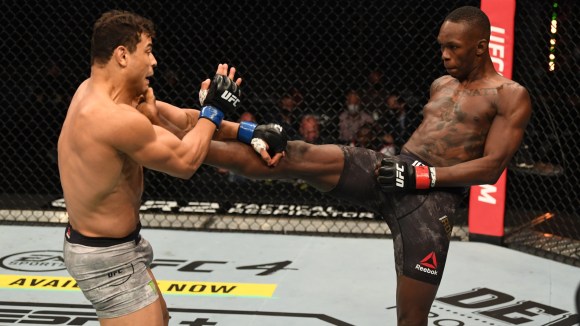 Before their headlining title bout at UFC 253, both men were coming off of polar opposite performances against the Cuban Muscle Crisis, Yoel Romero. Costa and Romero had a war which left both men a little lesser than they came in. Adesanya and Romero however, was a fight that disappointed many with its inactivity.

Anyone who thought that might have an effect on the result of Adesanya and Costa’s fight at the UFC Apex was doing MMA math though, which rarely adds up. Styles make fights and Adesanya had to remind fans exactly who he was.

For the 9 minutes that the fight lasted, the Nigerian-born fighter had his way with Paulo, using lateral movement, feints and well-timed leg kicks to freeze the Brazilian. The fight was a masterclass and a swift reminder that Adesanya was in his own league when it came to kickboxing. 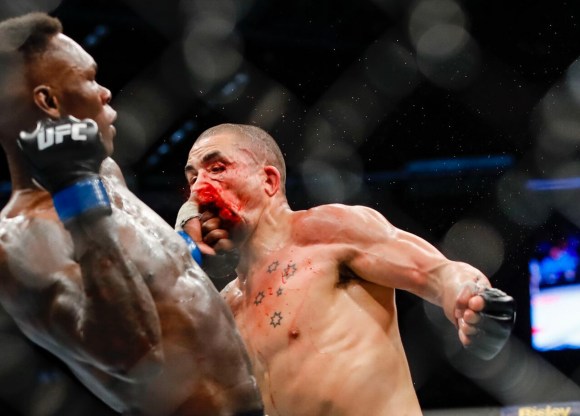 Whittaker and Adesanya’s rematch from earlier this year made the cut for this list, but it’s their first meeting from 2019 that remains in fans’ minds the most.

The setting was perfect. An Australian champion fighting in Melbourne against a fighter from New Zealand, in front of a crowd of nearly 60,000. That crowd was roaring from the get-go, hearts racing because of Robert’s fiercely focused walkout and Adesanya’s dance routine before his.

Learning from Kelvin Gastelum’s success against Israel earlier that year, Whittaker had no qualms about rushing in with a barrage of punches, ending combinations with his signature high kicks. Unfortunately for him, Israel had learnt from his prior mistakes and seen what Whittaker had to offer before. He was smooth as ever, leaning out of the way of strikes that had finishes fighters in the past.

The end sequence from this fight is one that can’t help but stick in your mind. Israel was confident on the inside and used Whittaker’s own momentum against him, dropping him with a short left hook, the opening for which he had seen minutes ago. It was a star-making performance and a night to remember for both men. 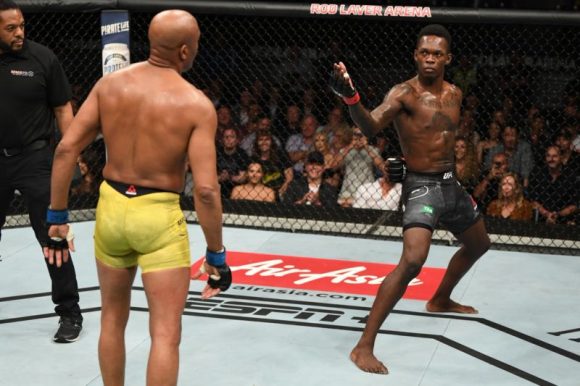 This fight isn’t everyone’s cup of tea, but it’s impossible to deny the optics.

Anderson and Israel were toe to toe with their vintage styles, the younger man coming out on top most of the time. Watching the two trade strikes was a moment that’s hard to describe, a true passing of the torch.

Much of this fight’s technical aspects needs rewatches to fully appreciate, but even on a more surface level, watching the pair embrace after 15 minutes of fighting was beautiful and only ages more and more gracefully as the pair see their own versions of success over time. 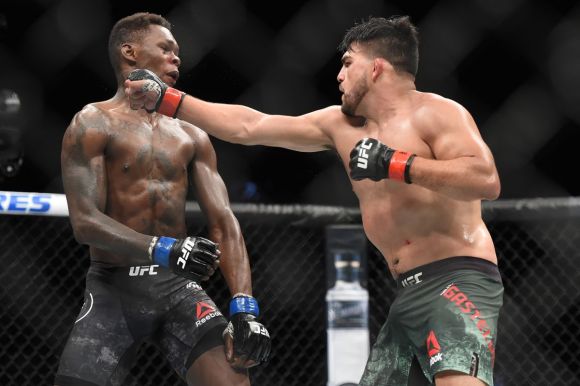 This is a no-brainer. Adesanya and Gastelum’s war in Atlanta, Georgia was heralded as the Fight of the Year by most outlets who compiled a list and there wasn’t much to argue about. The interim title fight was made because of Adesanya’s aforementioned win over Anderson Silva and Whittaker pulling out of his fight with Gastelum on the same card.

Some fans predicted that Kelvin’s wrestling could give Izzy a look he hadn’t seen before, but in reality it was his lunging strikes which caused the most problems, doing all but dropping Stylebender. The pair fought tooth and nail over five rounds with Israel getting his hand raised at the end of the fight and rightfully so.

It was the kind of performance that no fighter ever wants to have to put on, but was welcomed by both men anyway.