As Marvel Studios continues their quest towards world domination (only kind of kidding here), they are set to drop the next installment of the MCU, The Falcon and The Winter Soldier, on March 19th. Arriving on Disney+, the series will follow Sam Wilson (Anthony Mackie) and Bucky Barnes (Sebastian Stan) as they attempt to stop the evil machinations of Baron Zemo and the Flag Smashers.

The new series follows the first entry in Marvel’s new slate of TV shows, Wandavision, and looks to emulate that show’s immense success. While it took a few episodes for viewers to gravitate towards that particular series due to its absurdity, Marvel hopes that The Falcon and Winter Soldier will have fans hooked from the jump.

With all that in mind, here’s everything you need to know about The Falcon and Winter Soldier so that you’re fully caught up before March 19th.

Per Disney+, the official synopsis for the show is:

“After being handed the mantle of Captain America at the end of Avengers: Endgame, Sam Wilson teams up with Bucky Barnes in a worldwide adventure that puts their abilities to the test as they fight the anti-patriotism group the Flag-Smashers.” 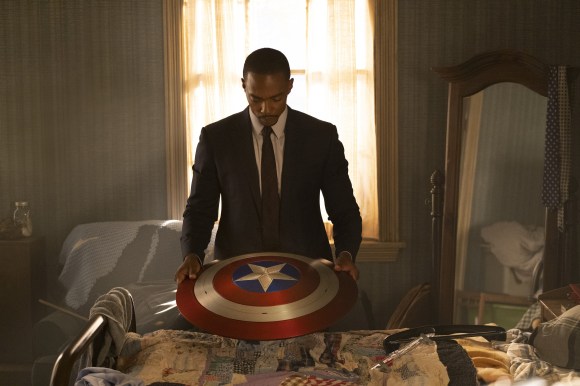 Following the events of Avengers: Age of Ultron, Sam became a full-fledged member of the Avengers, eventually siding with Captain America when the team fell apart during Captain America: Civil War.

He would continue to stick by Steve Rogers while the two were on the run along with Black Widow and helped fight Thanos’ army in Wakanda during Avengers: Infinity War. Unfortunately, he was amongst those who were “snapped” by Thanos, being erased from existence for five years.

Thankfully the superheroes that survived “The Snap” were able to reverse it, and Wilson helped defeat Thanos’ massive army at the end of Avengers: Endgame.

At the end of that film, an elder Steve Rogers (who had chosen to live in the past with Peggy Carter) gave his shield to Sam, entrusting him to carry on the legacy of Captain America. 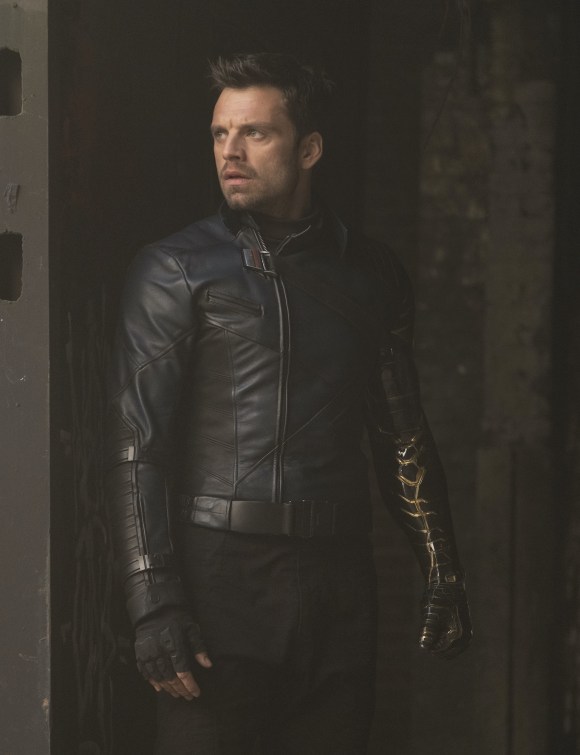 Like his best friend Steve Rogers, Bucky Barnes aka ‘The Winter Soldier,’ is a man out of time. First appearing in Captain America: The First Avenger, where he was seemingly killed, but actually was captured by Hydra and brainwashed to become their most lethal assassin.

Over the decades, he was repeatedly cryogenically frozen and awakened in order to carry out the evil organization’s most dangerous missions. Barnes was, in fact, responsible for the assassination of Tony Stark’s parents, a revelation that led to the fracturing of The Avengers.

Barnes reemerged in Captain America: The Winter Soldier, where he was assisting Hydra. He would eventually be thwarted by Steve Rogers and reminded of who he was in the past, leading to his path of redemption.

He was framed for an attack on the United Nations by Baron Zemo (which resulted in the death of King T’Chaka, the father of T’Challa (Chadwick Boseman’s Black Panther.) He was cleared of wrongdoing thanks to the help of Captain America, but following the aforementioned revelation that he murdered Tony Stark’s parents, Iron Man sought revenge against him and Steve Rogers.

Stark was defeated by the duo, but the Avengers were fractured thanks to the arrest of Ant-Man, Falcon, Scarlet Witch, and Hawkeye, forcing Rogers to break them out and go on the run.

Barnes sought the help of Black Panther and the Wakandans, who cured him of the Hydra brainwashing and he would join the fight against Thanos. Like Wilson, he too was vaporized by Thanos at the end of Infinity War but would reemerge in Endgame and help to defeat the Mad Titan. 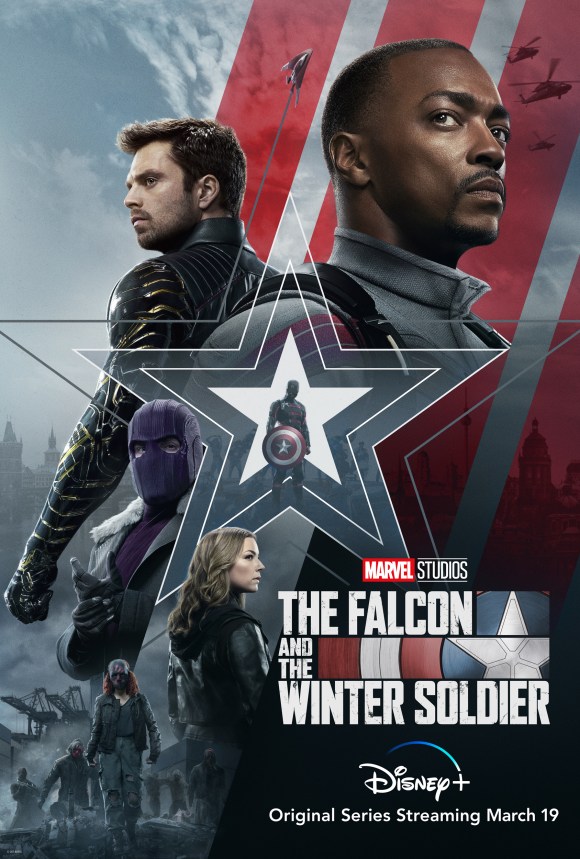 Rounding out the show’s cast will be Daniel Brühl’s Helmut Zemo, who was the main antagonist in Captain America: Civil War, who seems to be continuing his quest to purge the world of superheroes. A man with allegiance to no one and no country, Zemo is one of Captain America’s most recurring villains in the comics and will be donning his signature purple mask in this show.

Also returning will be Emily VanCamp as Sharon Carter, one-time SHIELD agent, who helped Captain America in both Winter Soldier and Civil War. According to VanCamp, her character has been on the run since Civil War, and the show plans to explore what she has been doing since then.

Also making appearances in the show will be UFC legend Georges St-Pierre, who played Georges Batroc in Winter Soldier; Don Cheadle as James Rhodes/ War Machine; and Erin Kellyman as Karli Morgenthau, a member of the anti-patriotism group the Flag-Smashers.

Finally, Wyatt Russell will portray John Walker, aka U.S. Agent, a pseudo-successor to Captain America, who is much more jingoistic and nationalistic than Rogers ever was.

The Falcon and The Winter Soldier is set to premiere on Disney+ on March 19th, and will run for six episodes. You’re not going to want to miss this one.

This Week in Comic Book Trading, Courtesy of Mr. Bolo
Netflix’s Marvel Series Order to Watch: Binge Every Show Using This Lineup
Marvel’s ‘The Eternals’ Explained: Who Are All the Characters in This MCU Movie?