With the NBA season just mere weeks away and the preseason kicking off, you might have a fantasy basketball draft coming up and aren’t sure who to snag in the late rounds. Don’t fret, we’re here to help with all your fantasy basketball needs. We’ve talked about underrated players before, but ere is our list of the best NBA fantasy sleepers you might be able to get late in your draft. 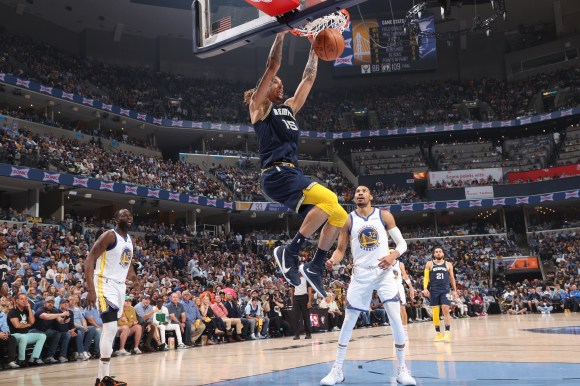 With the absence of Jaren Jackson Jr. due to a foot injury, Brandon Clarke will be tasked with manning the load at the power forward position for the Grizzlies. In just under 20 minutes per game last season Clarke was impressive, averaging 10 points and knocking down over 60% of his shots. Ja Morant will be leaning on Clarke heavily to begin the season and he is a solid selection, especially if you can draft Jaren Jackson Jr. towards the end of the draft. 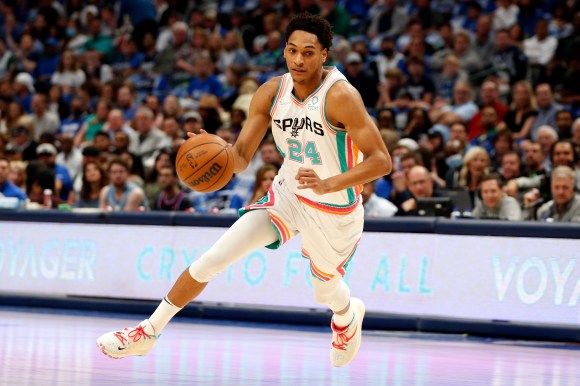 There was not a single player in the 2020 NBA draft that shot the ball better from three as Devin Vassell did in college. In his two years at Florida State, Vassell put in 41.7% of his three point attempts, while taking nearly three a game. We haven’t seen that three-point savviness translate to the NBA, but with the departure of Dejounte Murray, expect Vassell to have an increased role. 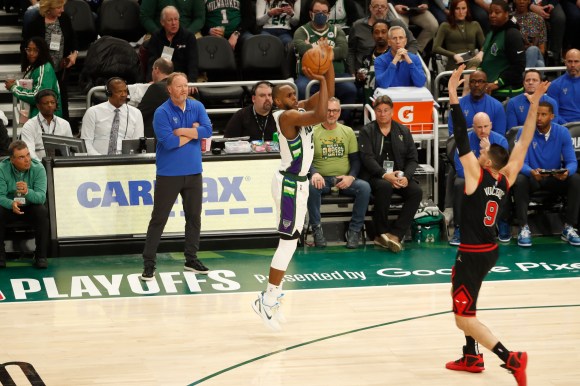 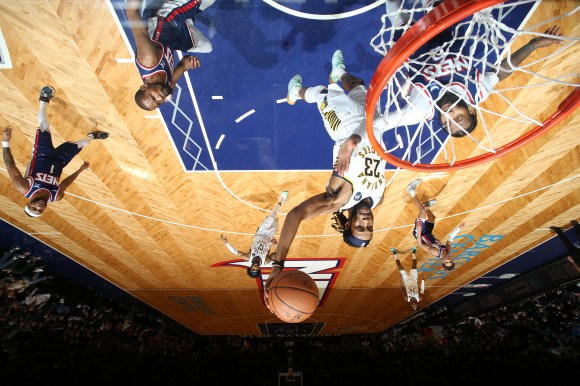 Isaiah Jackson is a second year forward from the University of Kentucky. In his rookie season last year he was able to see the floor in 36 games, starting in 15 of those. Jackson still remains a little raw, but it’s clear the Pacers see him as a possible future rotational player. Expect Jackson to get an increase in minutes this season as he attempts to carve out a role as a starter for the Pacers. 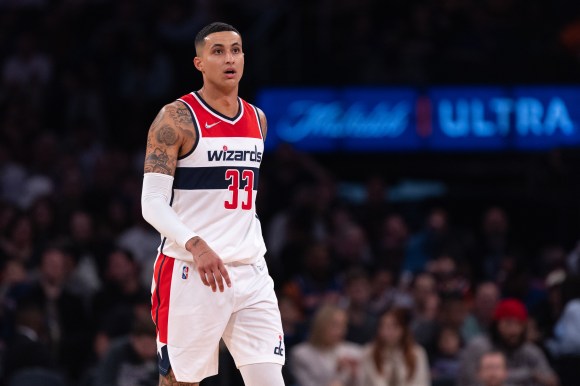 Kyle Kuzma has had a heavy spotlight on him since the day he entered the league, being drafted by the Los Angeles Lakers. He was able to avoid the reckoning of LeGM and stay on the Lakers for their 2020 bubble championship. Kuzma was exceptional last season, nearly putting in 20 points a game for the Wizards. Expect that production to increase or at the minimum be matched. 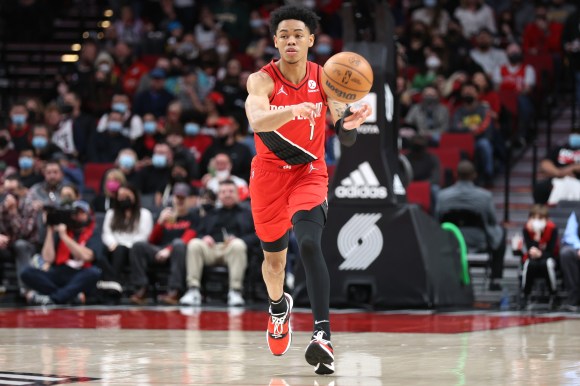 Last season guard Anfernee Simons carried the load for the Portland Trail Blazers with all-star Damian Lillard injured. Simons took full advantage of the opportunity, finishing out the season dropping 30-point games like it was nothing. Although his production will drop significantly from that last stretch, he still remains an integral part of the Blazers. Look for Simons to have a well-established role this year for the blazers. 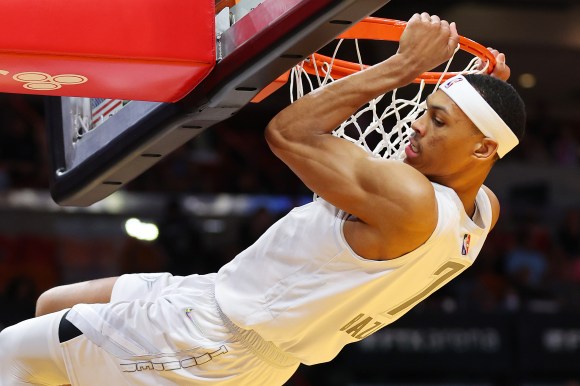 When Darius Bazley was drafted by the Oklahoma City Thunder in 2019, he was still extremely raw. Although it looked like looming #1 draft pick Chet Holmgren would replace the up-and-coming Bazley, with Holmgren injured the Thunder have a huge gap. They will lean on Bazley to fill that spot early in the season, and the Thunder will be in no rush to get Chet back and onto an NBA floor. 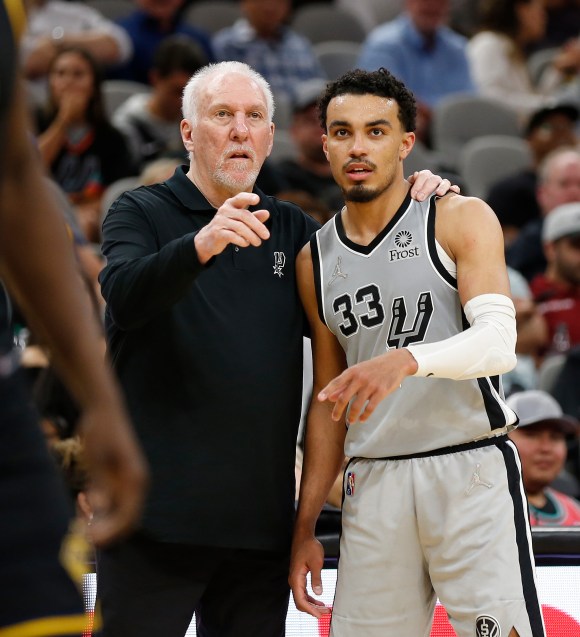 The Spurs have quietly been developing the skills of guard Tre Jones since he joined the team in 2020. Greg Popovich made it very clear the Spurs are not contending for a championship, which means this is the time they find out who is going to be a Spur for the long-run and who is just there for rebuilding. There is a big hole at the Point Guard spot for the Spurs, and they will lean on Jones heavily to start the season.

Who is the Highest Paid WNBA Player?
Winningest Head Coaches in NBA History
Fantasy Basketball on the Blockchain? Sorare Partners with NBA

The NBA and its player association have agreed to a partnership with Sorare, a Web3 based company that’s created fantasy sports competitions which live on the blockchain. As Web3 continues to evolve, many established giants in their own respective industries continue to explore the space.

What is Sorare?
(Hint) Not Just Soccer Anymore! 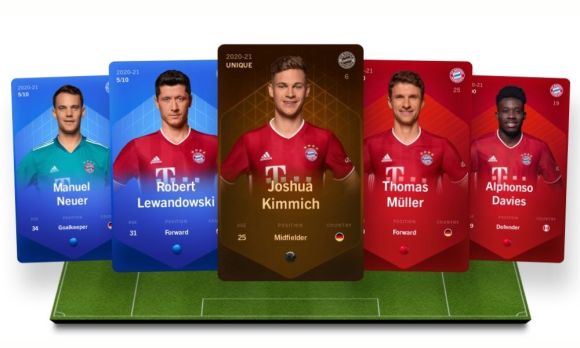 Sorare is a fantasy sports game that is rooted in blockchain technologies. This means that you own the players you use each week for fantasy competitions. They began exclusively with proper football fantasy competitions and currently have the rights to over 200 clubs around the world. The first step in expanding their platform was a partnership with Major League Baseball earlier this year.

After securing over $600 million in funding last year, they’ve been valued at over $4 billion and have over two million registered users in over 180 countries. Recent efforts have focused on garnering a larger presence in the United States centered around these new NBA and MLB partnerships.

This is far from the first time the NBA is exploring what’s capable in the realm of Web3. In 2019, the NBA partnered with Dapper Labs, the creators of NBA Topshot, a basketball card collecting platform that exists on the blockchain and NFL All Day, the football version of TopShot. Sorare differs from Topshot in the sense that it’s more than just collecting cards, you are using those cards in fantasy competitions. The NBA and NBAPA see this new partnership as an alternative investment to that of NBA Topshot and feel it won’t be a competitor.

For more information or to sign up to receive updates, check out sorare.com/nba