As we’re only days out from Green Street Festival, the 2-day weed celebration hosted by Gary Vee and Harry Mack, we felt it absolutely necessary to highlight one of the most reputable brands we spotted on the bill: CannaCraft.

We spoke to one of CannaCraft’s founding partners, Justin Capri, to learn more about the storied history of the cannabis maverick.

Started in 2014 by Dennis Hunter and Ned Fussell, CannaCraft is a leading innovator in the world of cannabis. With Dennis’ 30 years of growing experience at the time of the company’s formation, CannaCraft has always had a leg up on their competition.

From the time when Dennis and Ned started cultivating, when weed didn’t have as clear of a future, to today, one thing has stayed the same: the duo’s adoration for cannabis and its many applications.

When CannaCraft was founded, California was on the brink of recreational legalization, along with Nevada, Maine, and Massachusetts. This meant there was about to be a boom of sorts in the cannabis market. As state governments were making their peace with their populations’ undeniable need for marijuana, Dennis and Ned were at the forefront of the industry, creating markets for some of the most popular products today, like 100% cannabis oil vape pens, microdosed edibles, and CBD:THC ratio products.

What is CannaCraft up to now?

Since 2014, CannaCraft has continued to exercise a very high level of attention to detail. From its conception, the company has employed the help of leading researchers, along with utilizing manufacturing equipment and techniques from the pharmaceutical, beauty, and food & beverage industries. This integration of proven approaches into their product devision is one of the many things that gave them an edge from the start.

From there, the company’s love for cannabis sparked growth for itself and the industry surrounding it.

Today, CannaCraft has over 200 products amongst its many brands, which includes Farmer and the Felon, AbsoluteXtracts (ABX), and Care by Design (CBD). 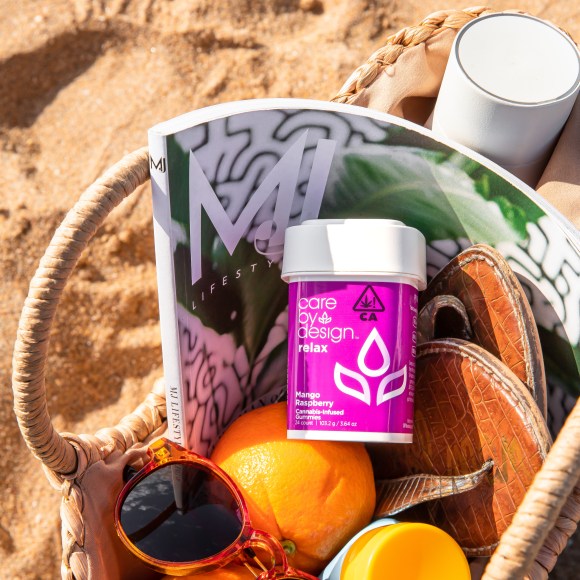 As if that’s not impressive enough, the company even has a partnership with Lagunitas for Hi-Fi: a cannabis-infused sparkling water. Turns out that partnership arose from their neighboring headquarters and a shared love for weed and beer. The two companies would have meet-ups after work where they’d share the fruits of their respective labor. 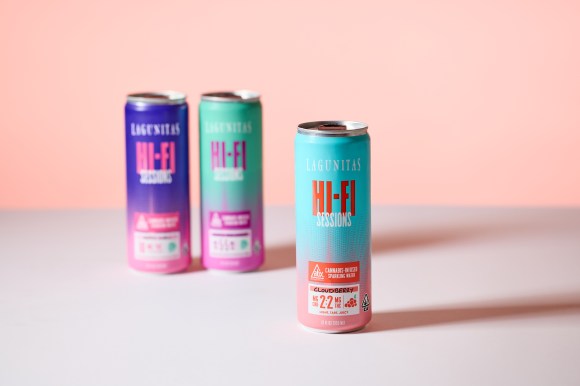 Innovation usually comes with a price, and CannaCraft’s journey has been no exception to that rule. Although (since cannabis’ legalization) they’ve taken every precaution necessary, trouble has arisen on multiple occasions.

One of their most recent run-ins with the law came in 2016, when their headquarters was raided and co-founder Dennis Hunter was arrested with a $5 million bail. The state was accusing Dennis and CannaCraft’s brand ‘Care by Design’ of “running a meth lab-type of operation” in Santa Rosa, which was actually just a factory for creating extract products.

Before long, that $5 million bail and the eye-catching allegations that came with it turned into a $0 bail and a dismissal of all charges. This is all thanks to the cannabis community, which quickly banded together to petition online and in person at the time of this predicament. Within 48 hours of his arrest, Dennis Hunter was released from jail, and CannaCraft got back to work.

In all of its years, the company has never been shy about these trying times. They’ve alchemized this misfortune into social good through their ‘Farmer and the Felon‘ brand, which donates a portion of all its proceeds to helping find justice for non-violent cannabis offenders. 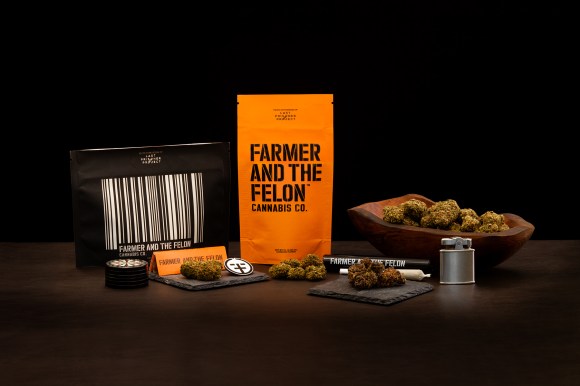 Now you probably see why we’re so excited to link up with CannaCraft at Green Street Festival in Los Angeles this week. CannaCraft will be featuring products from Farmer and the Felon, AbsoluteXtracts, Hi-Fi Sessions, and Kayla Extracts.

Along with CannaCraft, Green Street will be featuring other noteworthy brands and even an appearance from Juicy J. If you’re in Los Angeles this Friday and Saturday, head to the Green Street building in Downtown LA to experience the magic for yourself.

Zanna and the Importance of Social Equity in Cannabis
Meet Country Cannabis, the “Bud Light of Weed”
Talking Terps and the Dawning of a New Era of Weed Culture
Juicy J and GaryVee Team Up On Asterisk*, Changing the Weed Game Forever

Gary Vaynerchuk has established himself as a thought leader and pioneer in digital marketing. After expanding his family’s wine business in New Jersey for years (which spawned the popular YouTube channel WineLibraryTV and a subsequent wine brand called Empathy Wines), Vaynerchuk is now a lauded public speaker, author, entrepreneur and investor.

Vaynerchuk is also the chairman of VaynerX, a communications company that holds media properties—one being ONE37pm!— and a social-media agency for major brands.

In addition to his commercial successes, Vaynerchuk also spits genuine wisdom via a massive Instagram account and numerous other platforms. Here, his beloved team behind the machinations of his personal brand and content share their favorite Vaynerchuk quote of all time. From Sinan Deriş, the Paid Media and Project Manager on Team GaryVee to Siddharth Astir, the Brand Manager for Vaynerchuk, these quotes are truly the top pearls to know, remember and revisit during your entrepreneurial career. Take a look.

Everyone knows what’s “good” for them and what’s the “right thing” to do for the world. Especially in these times, if everyone has the moral compass to do the right thing we’ll be in a great place. Effort matters, and we have to match our actions and effort with doing the right thing for ourselves and for others around us. —Sinan Deriş, Paid Media and Project Manager on Team GaryVee

This is the thesis of most of the things we go through in life. Family first—their good health and well-being are what we should be grateful for. Everything else is just part of the journey called life, and especially in times like these, where most of us are able to spend so much quality time with our loved ones, we still see so much complaining and unhappiness. It’s so important to get this perspective and focus on things you can control, first and foremost—your mindset.  —Siddharth Astir, Brand Manager for Gary Vaynerchuk

3. “How can you beat me when I’m playing inside my own head?”

This funny thing we call life can be boiled down to our experiences in the world and our reactions to those experiences. If you can manage to shut out the rest of the world and all of the external pressures that come as a first-class citizen of modern society— to play your own game—things start to get really fun. Really good reflections in one of my favorite quotes from the great Mahatma Gandhi. “We but mirror the world. All the tendencies present in the outer world are to be found in the world of our bodies. If we could change ourselves, the tendencies in the world would also change. As a man changes his own nature, so does the attitude of the world change towards him. This is the divine mystery supreme. A wonderful thing it is and the source of our happiness. We need not wait to see what others do.”  —Sam Craig, Lead Developer for Gary Vaynerchuk

Gary’s always preaching, do. I run before I walk. I do. This resonates with me because it’s all I got. My wife and I live by the phrase, “your intent will be your authenticity.” For us and our family, it’s about your intent and that speaks to your character. —Justin Novello, Community & Influencer Relationships Manager for Team Gary Vee

5. “My advice to everyone is patience. Your lack of patience is killing you. Things take longer than you think. Deploy patience.”

Often, we want success or results without putting in the work and having a long-term view. The more patient you are with your process, the more it is likely to stick and grow and have true meaning (leading to the results you want).—Maha Abouelenein, Chief Value Officer for Gary Vaynerchuk

6. “You should’ve gone to VaynerMedia and rose like the phoenix. But then, you had to go to Virginia on business and got hit by a car and you died at 31. That’s life.”

Decisions are scary, but what’s scarier is regret. You’ll never know what life can throw at you, so squeezing every second you have because you don’t know when your death sentence is it what really drives me to be the best version of myself, and what keeps things in perspective. —May Niu, Strategist on TeamGaryVee